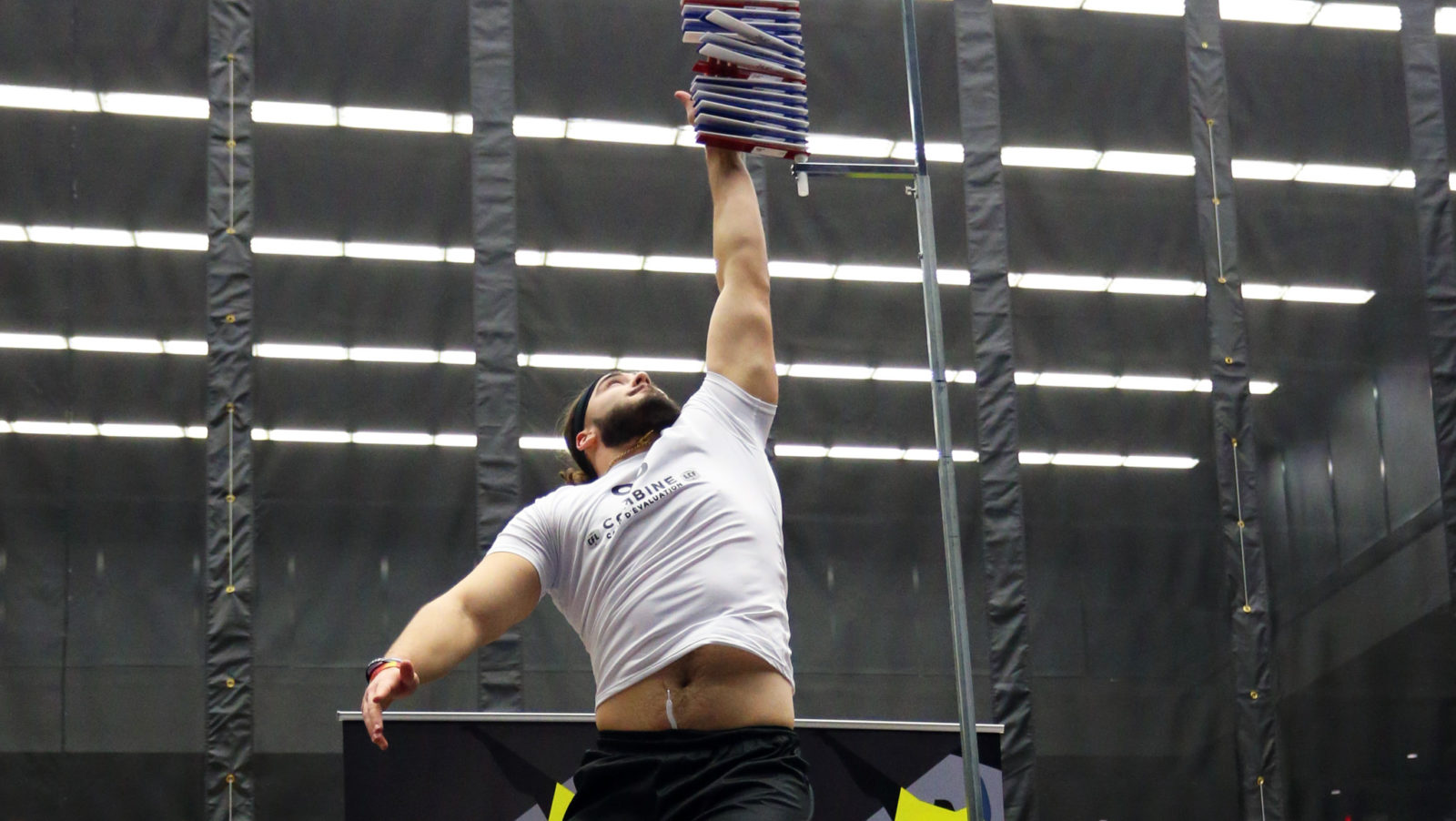 The CFL Combine presented by New Era has gone through many incarnations. From the stone age of unconnected events across Canada to the first semblances of formality and onto the true on-field winter showcase that has shone brightly as the marquee *football* off-season event of the last few pre-pandemic years.

In 2020, the only combine to get off the ground was Ontario’s Regional, leaving hundreds of qualified athletes around North America with months of training in their back pocket, and not much to do with it.

In 2021 the CFL Combine has been forced to evolve yet again to one of many compound terms we never thought would be smashed together in our lifetimes.

As you read this players who wanted to be involved have already submitted personal information and medical forms. After that hurdle is cleared comes the true ‘combine’ part of the puzzle.

Each player has until April 10 to submit a video recording of their height and weight measurements, bench press, forty-yard dash, three-cone drill, shuttle, broad jump, and two position-specific drills.

Like most altered events over the past year, the concept seems foreign and easy to question, but when you think about where the CFL Combine has come from the fact we’re able to conduct virtual combines is pretty amazing.

Just ask Mike Morreale, now Commissioner and CEO of the Canadian Elite Basketball League (CEBL) who find themselves sorting through similar challenges to the CFL in returning to play.

“Well that takes us back, that was 1994 and things were drastically different than today, I’ve been to the combines now and amazed how the level has changed dramatically. It’s truly a professional event now, and I would say it wasn’t quite that in 1994 when I went. We went to Winnipeg in the dead of winter inside a golf dome with the indoor/outdoor carpeting you would see at Canadian Tire and maybe not even that good of shape.”

RELATED
» Combine Season: CFL announces combine participants
» Ferguson: A look back at some all-time great combine performances
» The 2021 Draft comes with its challenges 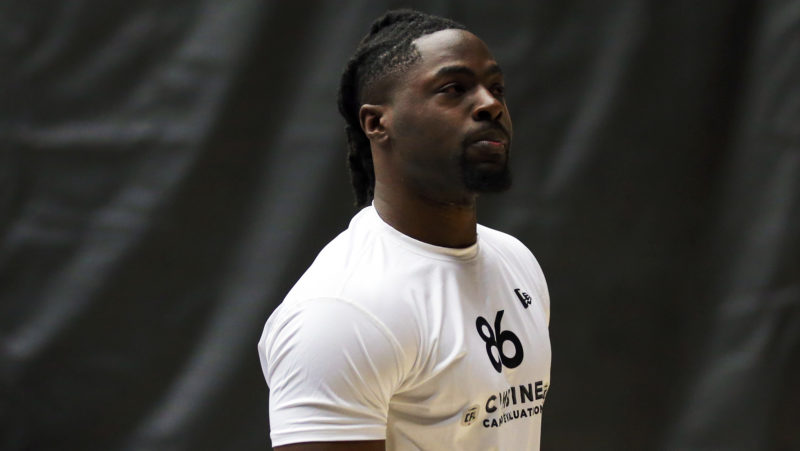 While footing can be a struggle anywhere at any time, for Morreale it was a combination of circumstances that made the experience so memorable.

“We stayed at the Viscount Gort Hotel, we were all crammed in there. There was no money at that time for lunch, which came just before we had to do our testing. It was cheeseburgers and McDonalds,” he said. “When we did our vertical test it was against the steel girder that just happened to be holding up part of the structure for the golf dome so we had guys bumping into the girder. The lunch didn’t sit well for most guys, you couldn’t wear turf shoes because there was nothing to dig in and if you wore running shoes you just zipped on by, Vince Danielson was my roommate at the hotel, he went on to have a great career as a slotback in Calgary.

“He left before me and took a pair of my jeans I still haven’t got back. It was fun, amongst all the stuff we laughed about and how terrible the testing experience was we bonded over it. it was an experience I’ll never forget that’s for sure.”

Despite all the challenges Morreale looks back now with a grin at a frozen Winnipeg weekend in 1994 not solely because he survived it, instead, he remembers the relationships forged through completion and friendship.

“We had a blast, I was there with a lot of great guys that went on to get drafted and have great careers and it was a fun time but boy we ended up running our one-on-ones on the worst turf imaginable,” he said. “I Fell down and chipped my elbow in a way that never healed, it was what I came to expect as a professional because that was my first experience and I was shocked, to say the least, and I’m equally shocked now to see the improvements that have been made.”

Of course, what separates the CFL Combine from others is the ‘live’ gameplay in equipment. An essential part of Morreale building his case, despite the unusual combine environment.

“I was looking forward to one-on-ones, I knew that nobody was going to push me around. I was going to ‘big body’ everybody and quite frankly, that’s what got me drafted. I think I ran a 4.72 and my shuttle was decent. I have it somewhere, I got a copy of something it’s in my basement, one day I’ll find it and share it with you. But the one-on-oness were my entry point to the league, everything else was hit and miss even for the guys that knew they could run well.”

As for after the day’s events came to a close? In true Canadian fashion, the frustration was washed away with a pint and some laughs.

“Hey if you’re going to have that many guys together you just finished a bunch of testing and you’re nervous about what comes next the best thing to do is hit a club or bar and figure it all out. We did, we had a lot of fun,” Morreale said.

The earliest recorded CFL Combine data reaches back just 20 years. Before 2001, everything was written in pencil on a standard sheet that might be photocopied and dispersed to individuals, but even then, test formatting and consistency to allow true evaluation was inconsistent at best.

This year, that inconsistency could re-appear despite the efforts of CFL Football Operations staff wishing to set in stone guidelines for all tests, that’s just the reality of the uphill battle that is virtual athletics.

Once it’s all said and done, many players will be drafted, which is when the real work begins. But Morreale knows that too will be a challenge for more than just rookies.

“That is incredibly tough because football is a game of repetition, you can train all you want and from a testing point of view you can probably get by but when you have to line up and do things that test football skills in a real live bullets situation it’s tough and you’ll see that in a normal combine. It takes a couple of reps for guys to get their legs under them. So to be stagnant for a full year, even for the pro guys, the CFL veterans there is going to be a level of time it takes to get back into it so I feel for the rookies but let’s hope they can put it all together and it works out for them.”

If Morreale can survive the 1994 CFL Combine before going on to win the Tom Pate Award for his contributions on and off the field — and win two most outstanding Canadian awards including during his second Grey Cup victory with Hamilton in 1999 — there is hope for anyone drafted this year.

Is the 2021 combine setup ideal? Absolutely not. But from pencil to virtual, the CFL Combine has endured as a place for CFL hopefuls to show their worth. This year offers that same chance in a new format, with the true test becoming how team evaluators will judge the audio-visual results.