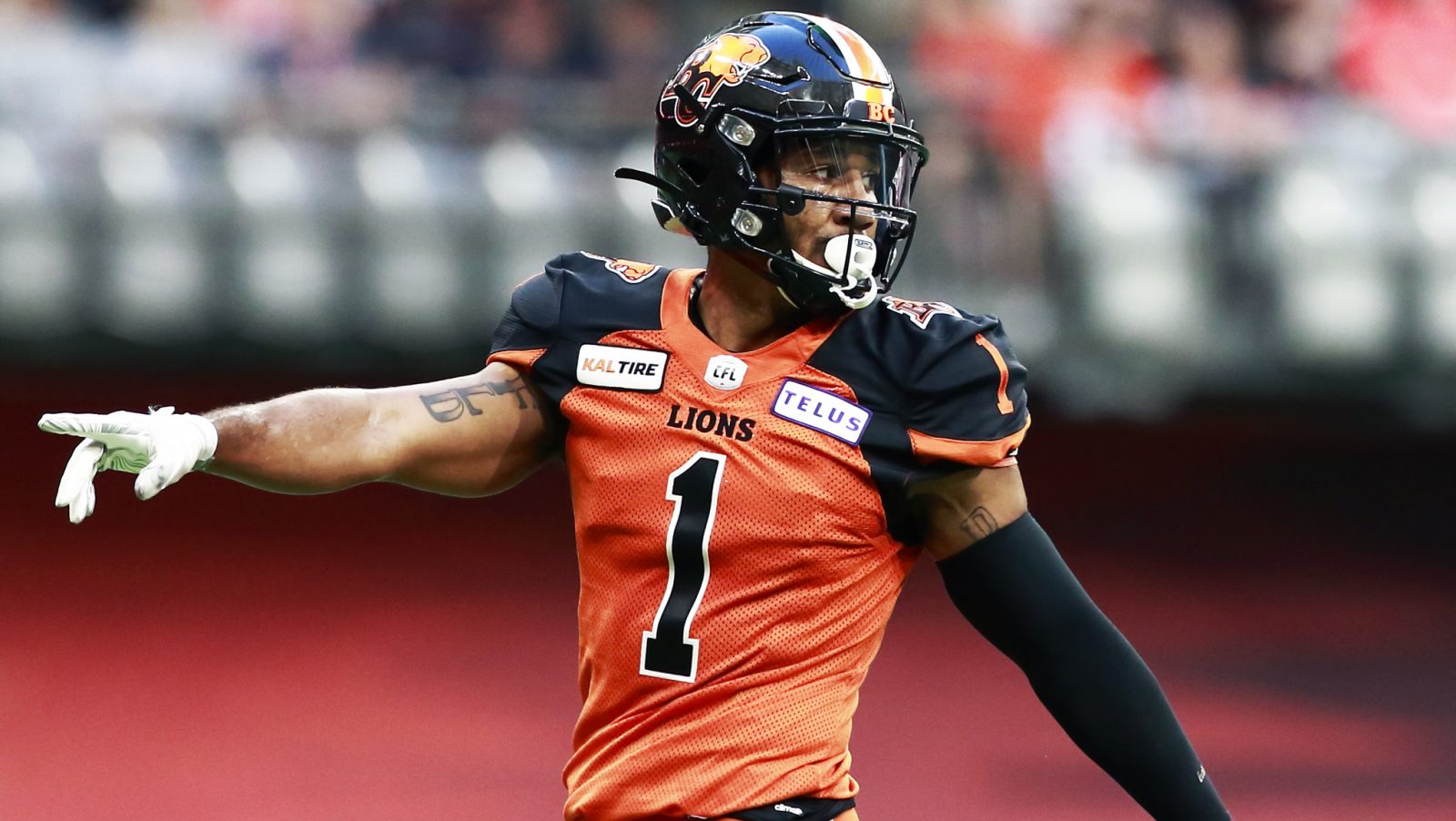 VANCOUVER — With months and months away from the football field, Lemar Durant had to find something else to do to pass the time.

Of course he was still working out and preparing for the eventual return to play but, like many of us have, the BC Lions receiver had ample time to pick up a new hobby. A few of his friends suggested playing golf but the 28-year-old was hesitant at first. He’d watched the sport before but didn’t think he’d get into actually playing. That was until he tried it and he was immediately hooked.

“I went out a couple times because there wasn’t much else to do with the circumstances, and I just kind of fell in love with it,” Durant, who’s been involved with the sport for about a year, told BCLions.com “I’ve been playing pretty consistently whenever the weather is nice I try to get out there and play. It just became an addiction/hobby, so hopefully I can get really good at that while continuing to work on my football game.

Feeling like there are improvements to be made has been a common theme for the Vancouver, B.C. native, who was part of the Lions team that fell to the bottom of the West Division in 2019.

It was a tough year for the Leos, who finished the season 5-13. The start of the campaign was one they’d all like to forget after only winning one of their first 10 contests. Things started to turn around in the back half of the year, as they won four of their last seven. While those four wins weren’t enough to turn things around to make the playoffs, there was still a glimmer of hope for the club as they now look ahead to 2021.

“The guys that we’ve had, and even the team from the previous year, we didn’t have the record we wanted but I feel like we were starting to come together, and then injuries and everything hit,” said Durant. “We know what we want and we’re going after something. We’re trying to be a special team. We’re not just settling. I feel like all the guys are in the same mindset and they’re trying to go out there and do something great.”

Durant was hit with a foot injury late in the season in BC’s Week 17 game against the Toronto Argonauts. He was in the midst of a career year after hauling in 57 receptions for 810 yards and five touchdowns in 15 games. He likely would have hit the 1,000-yard mark for the first time in his CFL career if he didn’t get sidelined.

And even though he was having a great year personally, just like he feels in golf, Durant still felt like he could have been better and will eye having his best year yet in 2021.

“Since that injury, that’s all I’ve been thinking about, just getting back out there,” he said. “Even that season, people were talking and saying how well I was doing and I still feel like I played well but I didn’t feel like I played my greatest. I’m just pumped to get back out there and I think that I have another big year and I think that it’ll be bigger than the previous one.

“The goal is just staying healthy now and getting used to this new offence. I know we’re going to have some wrinkles and everything with the new coaches but I feel like we’ll get back on point.”