France’s Tony Anderson eyes next step in his football journey

France’s Tony Anderson eyes next step in his football journey

TORONTO — Tony Anderson started playing the game of football later that most. He grew up about 25 minutes outside of Paris, France and one day while on a stroll with his parents at age 14, they walked past a football field and stayed around to watch the rest of the game that was going on.

In France, they don’t allow kids to begin playing contact football until the age of 15. So when Anderson turned 15, he was padded up and trying out the new sport that caught his eye.

“To be honest, I wasn’t good at all,” Anderson said. “I was scared of contact, and playing defence doesn’t really help (with that). I wanted to play receiver at first but then I remember on the trial day, there were like 50 kids who wanted to play receiver so I jumped in with the DBs. I persevered and was consistent and I enjoyed contact more and more and that’s when I started to enjoy every aspect.” 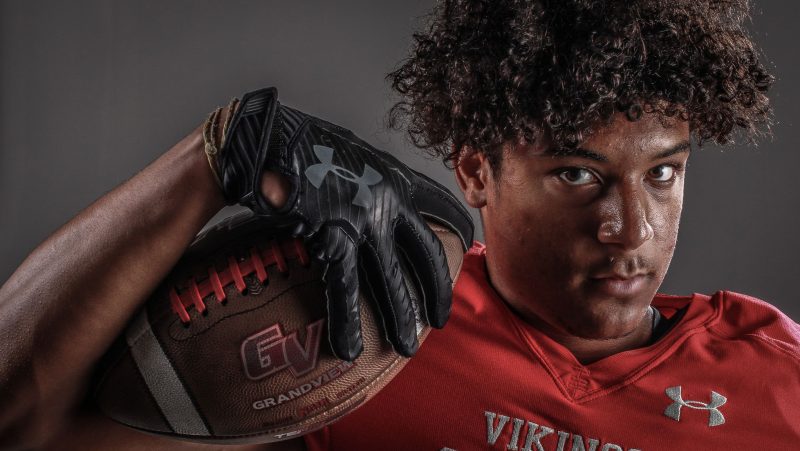 Before he made the jump over to North America, Anderson played club football in France for Les Templiers D’Elancourt.

He had a teammate that made the jump to Santa Barbara City College. But Anderson admitted that he had no idea about the eligibility system when he made the trek to North America. As it turned out, his club play back home had eaten into some of his years of eligibility. Instead of going to a Division I school, he had to find another play following his time at Santa Barbara.

He eventually landed at Grand View University, an NAIA school, for his senior year of football.

In his lone year with the Vikings in 2018, Anderson led the team with four interceptions while adding 48 tackles and a fumble recovery.

He declared for the draft in 2019 and landed with the Los Angeles Rams as an undrafted free agent but was cut. After that, he returned to France to train for another opportunity. That came with the CFL Global Combine series, and when Greg Quick and Co. rolled into Paris, Anderson was one of two players picked to represent his country at the 2020 CFL Combine in Toronto last March.

Unfortunately, because of the COVID-19 pandemic, Anderson was not able to make the trip as the combine was cancelled.

“At the time, I didn’t really realize what it meant. It was kind of like, ‘OK, it’s postponed, maybe they can push it back. They’ll push it back, everything will be fine.’ And then in the spring and summer, nothing happened because everything kept getting worse,” Anderson said.

“Then, I began realizing that it might not happen and that was really challenging. I’m sure it was like this for a lot of people, where you’re challenged and you really have to find yourself and do a lot of work on yourself. Because ultimately, we’re not just what we’re doing. We’re not machines, we’re human beings. It’s hard to be a human being when you don’t have anything to do and you can’t do what you love. I kind of went on this quest to find myself.

“I had to really figure myself out because it’s easy to do what you love, but when you can’t do it, you have to figure it out. And it was hard; it was challenging. I think it’s when I realized that everyone should talk to a therapist, maybe once a week. It doesn’t matter how much or how little is going on. This is when I really started to really focus on mental health because of what I was going through.”

Anderson says that he’s been able to come out on the other side of this situation as a different person and that he may not have sought help if not for the pandemic.

He’ll be a part of this year’s Global Combine and the 2021 Global Draft, where he’ll finally have the opportunity to be drafted by a CFL franchise.