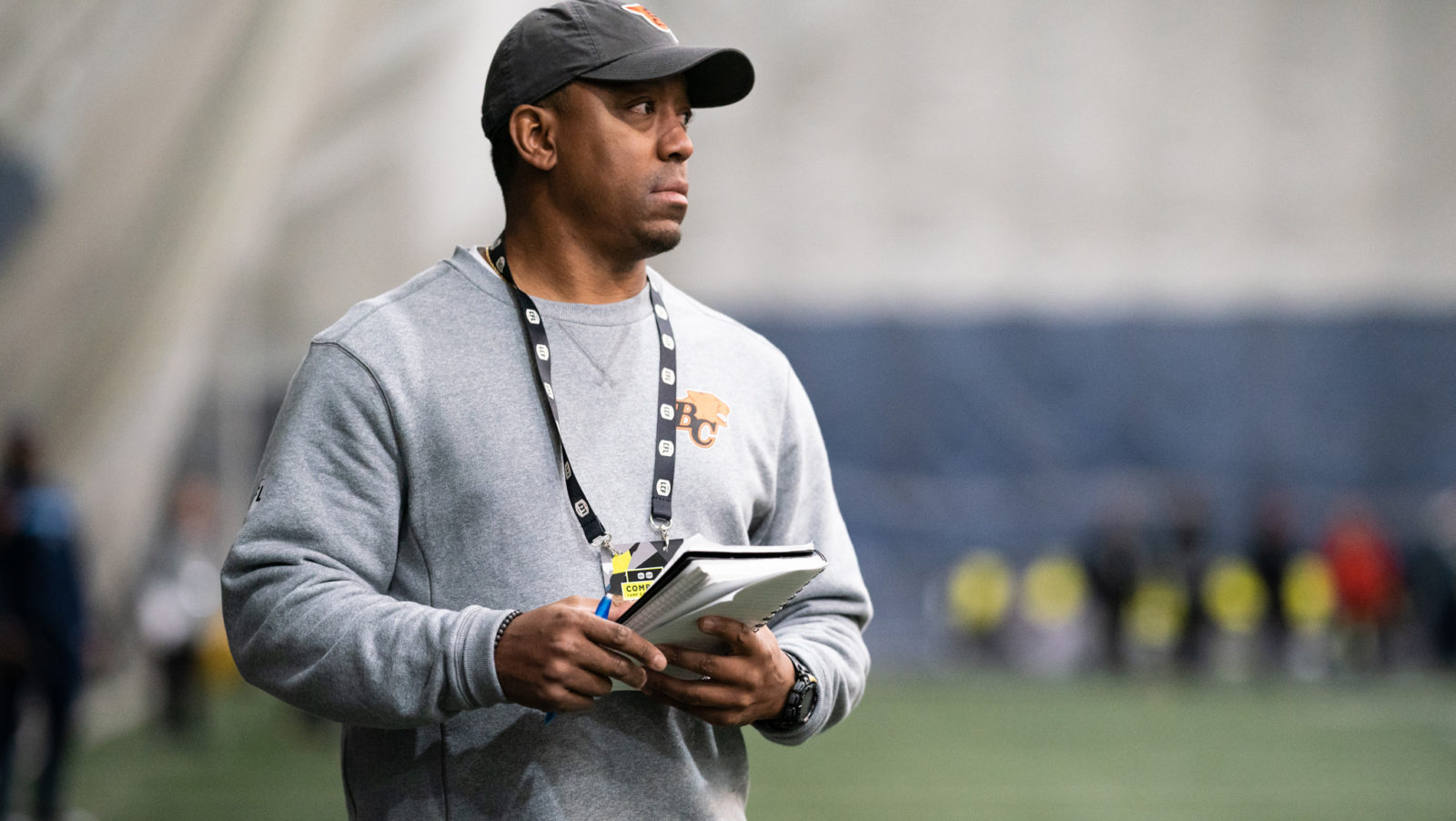 Your BC Lions are on the clock. And with the first overall selection in the 2021 CFL Global Draft comes a great opportunity to improve the club’s pool of prospects. For Director of Global Scouting Geroy Simon and the entire Lions brass, it also brings great pressure to land a player they truly think will become known for more than just his passport.

“Having the first pick is both a blessing and a curse,” said Simon in an interview with bclions.com.

“You have control over who you’re going to pick and which way the draft is going to go. You also have a little bit of that stress where you don’t want to screw it up. We’re up to the opportunity. We have a plan for the type of player we want to take. It will be someone who will make that impact from day one of camp.”

Before we delve further into the April 15th proceedings, a quick refresher on what is taking place with this new and improved crop of international prospects. COVID-19 put a stop to the first planned Global Draft in 2020. Prior to that, you may recall 2019 involving separate drafts for Mexican and European players. Of those prospects selected from Mexico and across the pond, only French receiver Benjamin Plu remains on the Lions roster heading into 2021 training camp.

The CFL determined the Global Draft proceedings based on the order of selections from last year’s Canadian Draft. That means the trade the Lions made to move up to first overall for linebacker Jordan Williams is still paying dividends. Simon is confident they will find a real gem at number one. The ‘snake’ format means the Lions will also select 18th, 19th and 36th overall.

Global Crop Only Getting Better

After talking with Simon about this year’s available Global prospects for just a few minutes, it became quite clear how excited he is to add to the Lions’ talent pool. A lot of improvements are evident after just a couple of years of scouting these newer prospects.

“It was an experiment (at the start),” explained the CFL’s all-time receiving yards leader.

“Now guys have been playing in NCAA and different pro leagues the last couple of years. Now they’re eligible to play pro. The crop has been increased. Lots of them have played at a high level so their training and play have been developed at that high level. We’re finally going to reap the benefits of seeing the guys going through those programs.”

Simon is of the mind they will get someone at number one who will be able to step in right away. The even better news?  They are confident they will find one of those players no matter what position group they elect to go with to kick things off on April 15th.

“There are good kickers in this draft. There are also some high-level linemen on both sides of the ball that played well at their respective universities,” explained the three-time Grey Cup champion.

“In the end, we’re going to look for the best football player that fits the BC Lions. We haven’t made up our minds on who we’re going to take. We still have a lot of work to do to make that determination.”

The 2019 Mexican Draft was preceded by a combine at Estado Azul in Mexico City that was attended by every CFL team’s brass. Prior to the COVID-19 outbreak putting a stop to things last March, Combines were staged in Germany, Denmark, France, Brazil and Japan. As a result of the pandemic, 2021 player evaluation has been all virtual.

This year’s Global and National Combines involved eligible prospects sending their film to CFL teams. Simon is also in the process of breaking down footage from combines held in Mexico and in Italy in the final week of March. Although it may seem beneficial to break down film in the comfort of your home office, Simon admitted there are certain elements to scouting that you simply can’t replace if not done in person. 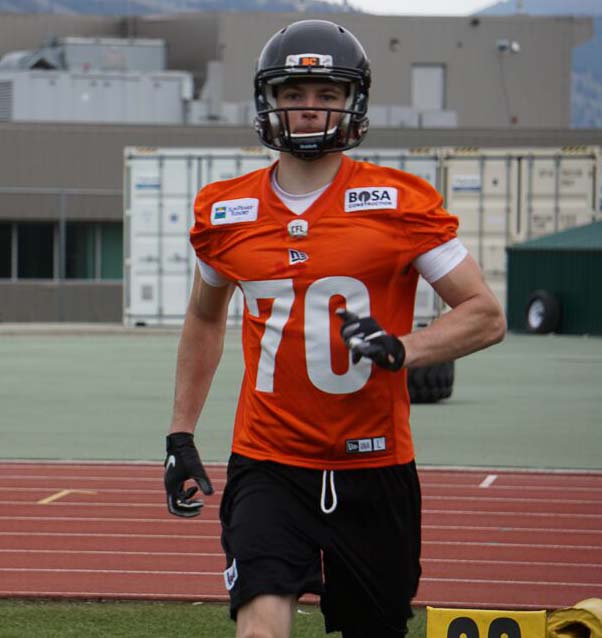 “You miss out on a lot of the energy that you see when you’re standing right next to a guy,” he said.

“You’re also missing out on their confidence or lack of. If it’s a kicker, you can hear the ‘thud’ off of their foot. If it’s a quarterback, you miss out on the ball coming off his hand, the true timing of that. Other positions, their get off and other things like that. You really have to pay attention to those things on film.”

“YOU CAN’T SEE THESE GUYS FACE TO FACE. EVERYTHING IS ON ZOOM OR EMAIL. IT’S A TOUGH PROCESS BUT IT’S ANOTHER CHALLENGE THAT WE HAVE TO FACE. WE’RE UP TO IT.”

The fact Simon believes the talent is only getting better makes the experience all the more rewarding, even if he can’t see the prospects up close and in person.

“After watching these guys for the last couple of years, you see the work ethic and that times have come down. You see guys run better at the 40-yard dash and then their totals at the bench press or vertical bench go up. You see the dedication that these guys have to make themselves better athletes and better football players. These guys are dedicated. They want to play and play at a high level.”

The Lions are on the clock. It will be fascinating to see what area they target at number one and beyond.