O’Leary: How pro days will impact the CFL Draft 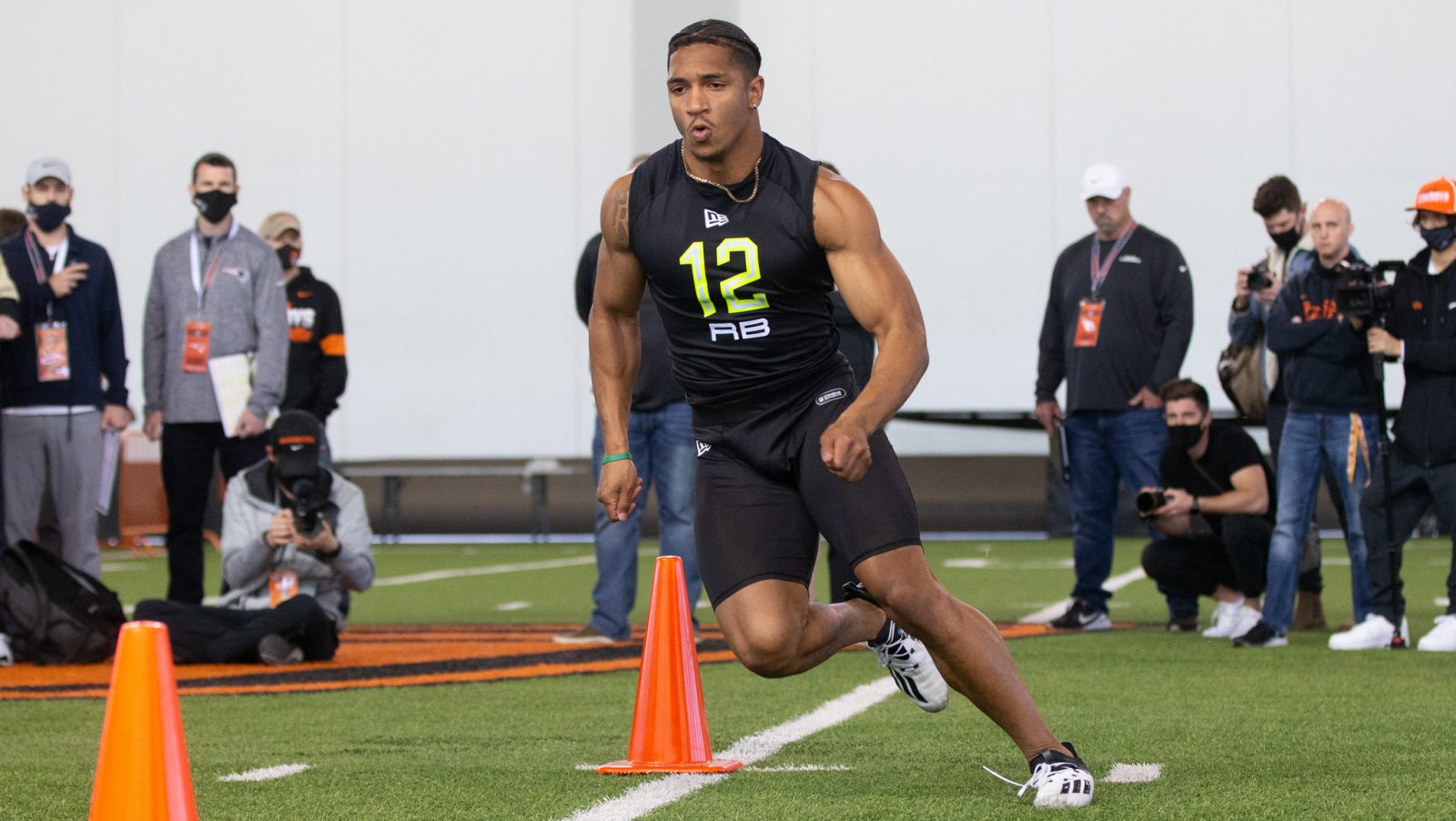 O’Leary: How pro days will impact the CFL Draft

While many eyes in the world of the CFL will be on the videos and numbers submitted by Canadian players for the National Combine, there are some draft-impacting numbers piling up south of the border as well.

Pro day results from U.S.-based schools are rolling in ahead of the NFL Draft and there will be a trickle down effect from Canadian players that are also CFL-eligible. While those Canadians pursuing NFL interest didn’t submit their numbers for the National Combine, they can of course still be chosen by GMs in the CFL Draft on May 4.

The most high-profile of these players is Edmonton’s Chuba Hubbard, who is on track for a good, long look from an NFL team. NFL mock drafts have the 2019 Heisman finalist pegged somewhere around the fourth-round. This year’s NFL Draft runs from May 29 to May 1.

Iowa tackle Alaric Jackson — who stood at the top of the winter edition of the CFL Scouting Bureau rankings — has been projected to go as high as the fourth-round, though recent mock drafts have him going more consistently in the sixth-round.

Tennessee receiver Josh Palmer was the second-ranked prospect in the Scouting Bureau list and is seeing his name land in that same range. The Athletic ranked Palmer the 20th-best receiver in this draft class and saw him as a fourth-rounder as well.

Coquitlam, BC-born Jevon Holland has been a part of the top safety available conversation in this draft, despite sitting out the 2020 season to prep for an NFL career. Mock drafts have been far ranging for the son of former BC Lion Rob Holland, who posted a convincing pro day with Oregon this week.

Montreal’s Benjamin St-Juste, a cornerback out of Minnesota, was given a prospect grade by NFL.com, which would likely see him chosen later by an NFL team, with the goal of long-term development within their system. That could be appealing to a CFL team.

I liked St Juste off the '19 film but felt he was misused last year. Definite day two possibility.

Teams have to weigh the pros and cons of drafting players with NFL aspirations and realize that the pro and con situation for the players is the opposite of what they’re planning for. If a player spends a short time in the NFL and becomes available to the CFL team that drafted them — Edmonton d-lineman Mathieu Betts is a great example — the gamble pays off. You can stick with Edmonton for a scenario where the odds didn’t fall in the team’s favour. In 2012, Edmonton chose o-lineman Austin Pasztor fourth overall. He ended up putting together a seven-year NFL career and never set foot in Commonwealth Stadium.

As players like Oklahoma State linebacker Amen Ogbongbemiga have strong pro days that pair with strong careers, NFL doors are potentially opened for them, which makes CFL GMs re-evaluate just where they might want to pick them. An early pick is a bit risky here, but teams have been much more open to snagging an NFL-bound player later in the draft. This isn’t a direct comparison, but after Ottawa’s Neville Gallimore went in the third round of last year’s NFL Draft to the Dallas Cowboys, he slipped all the way to the back end of the CFL’s Draft until the Riders took him with the their final pick at the third-last spot (71st overall).

In a year where both the NFL and CFL are doing virtual combines, the lack of one on ones and a reliance more on pure numbers shouldn’t hurt any Canadians that didn’t submit numbers to the CFL’s Combine. This draft will be one that sees GMs make decisions with less info than in years past across the board. Pro day numbers should only mean that teams are getting that info from a source outside of the league they’re looking to draft players into.