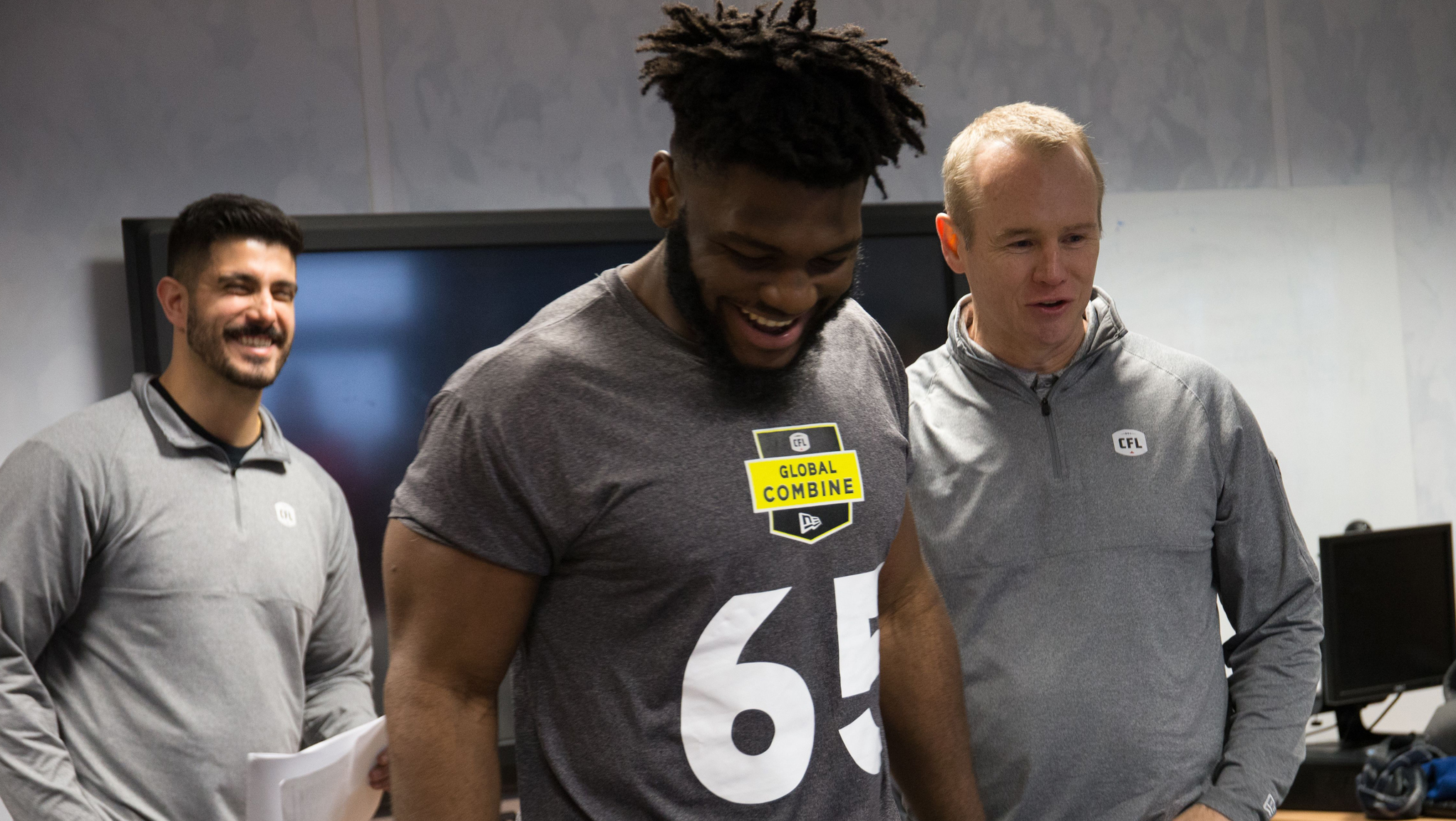 If you followed the CFL’s combine workouts last year, David Izinyon’s name may be familiar to you. The six-foot-one, 240-pound linebacker was a standout at last year’s combine in England and was chosen to make the trip to Toronto for the Global Combine. That, of course, didn’t happen because of the pandemic.

Izinyon has made good use of this past year, though, posting a strong virtual combine that will have teams making room for him on their draft boards ahead of Thursday’s Global Draft.

When you have one previous Global draft class before this year’s, comparisons are inevitable. When Izinyon’s name came up with our official that saw him at last year’s combine and saw his film from this year, one name came to mind for him.

“In my opinion…he’s the closest thing to Thiadric Hansen that we have in terms of measurables and playstyle,” he said.

“He’s not the most fluid in coverage. We saw the same with Hansen and we saw why they transitioned him down to defensive line. Now, the difference here is that Izinyon’s got a lot more experience on defensive line.

“When he played for the British national team they would use him at linebacker on run downs and he would move to the d-line on passing downs to rush the passer. He’s a very physical player, very explosive, probably not explosive to the same degree as Hansen. He’s not going to lift guys up, although he probably could.

“I would expect him to get picked up. He’s one of the better linebackers available. Speed’s a bit of an issue, but this is a very physical, downhill guy who could work into a defensive line rotation at some point.”

Having played in the German league, Izinyon knows Hansen’s game well. He followed Hansen’s progress with the Winnipeg Blue Bombers and saw his role evolve through the 2019 season.

“He gave us so much hope,” Izinyon said last year. “I wondered if I would ever get the same chance and now look what’s happened. I can’t believe that I made it past the first step.”

On Thursday, he’ll get a chance to take the next step in his football career.