Steinberg’s MMQB: Get refreshed with a 2019 crash course, part 3 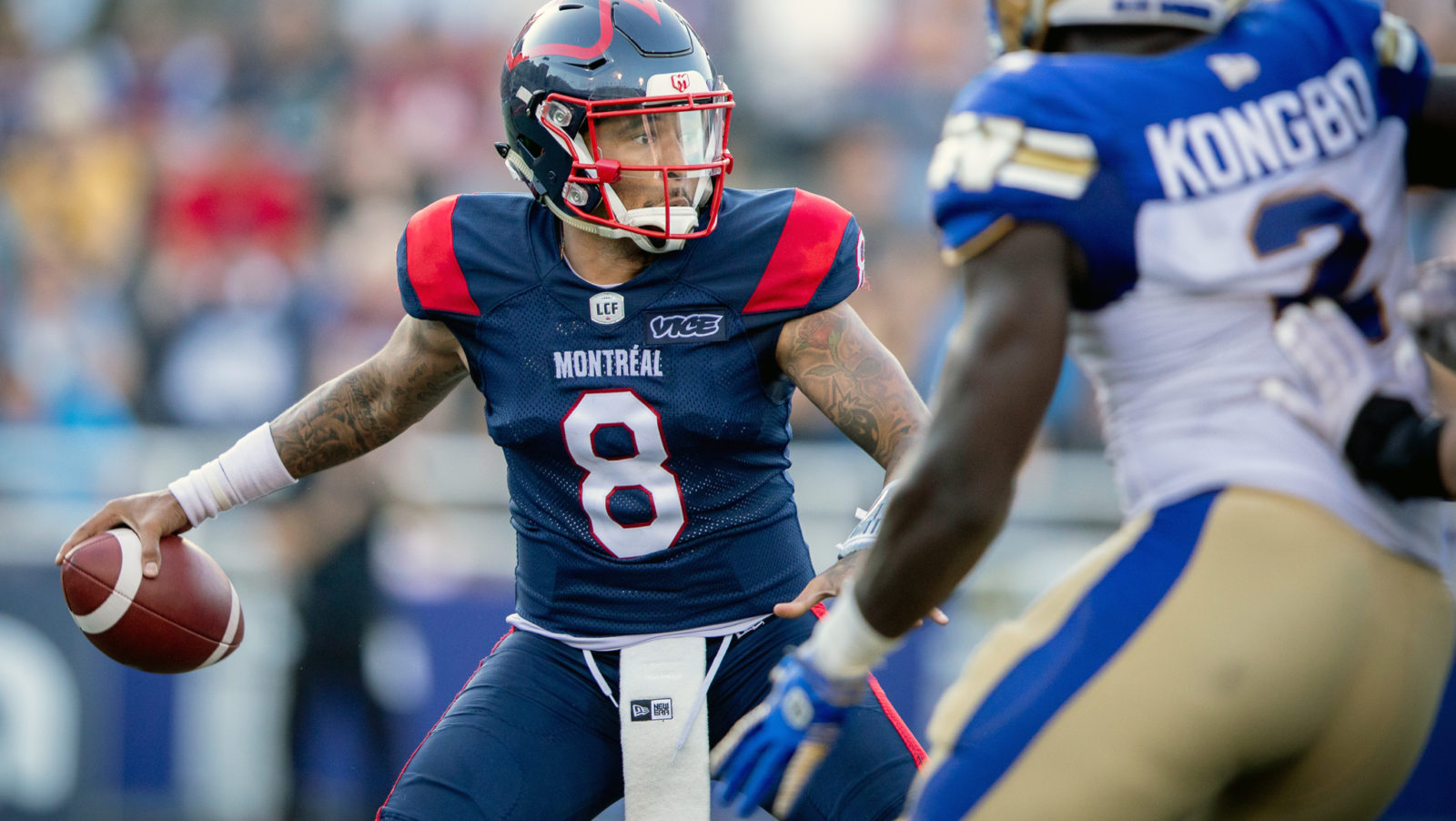 Steinberg’s MMQB: Get refreshed with a 2019 crash course, part 3

After a one-week hiatus, we’re back with our 2019 refresher in an effort to get you set for the coming season.

We all remember Winnipeg’s insane run to the 107th Grey Cup presented by Shaw, and we’ll have plenty of time to talk about their repeat bid in the coming months. But I thought I’d shine some light on a few other team-specific stories from last season that are still very relevant heading into 2021.

After four frustrating years out of the playoffs, the Alouettes were back in a big way in 2019. That didn’t necessarily look to be in the cards early on, though. Quarterback Antonio Pipkin started the season on top of the depth chart but was injured in a Week 1 loss to Edmonton. Replacement Vernon Adams Jr. struggled in his first start two weeks later as the Als were thumped 41-10 by Hamilton. At 0-2, fans in Montreal were preparing for another rough year.

But then things started to turn. William Stanback went off for 203 yards and three touchdowns to pace the Alouettes to their first win of the season. Adams started to settle in before fully coming out of his shell. At the end of the regular season, Adams finished with a league-leading 36 total touchdowns and had turned into one of the CFL’s most explosive, exciting players.

Adams, Stanback, and Eugene Lewis led the way on offence and all three are back for the coming season. Quan Bray and BJ Cunningham are also back at receiver, which, coupled with a few interesting additions over the last two off-seasons, should make Montreal one of the league’s most vaunted offences in 2021.

And let’s not forget the guy who glued it all together: Khari Jones. The first year head coach took over under circumstances that were anything but ideal. Remember, the Alouettes parted ways with Mike Sherman less than a week before the start of the 2019 season, thrusting Jones into the spotlight with no lead-time. It didn’t seem to matter, though, because Jones was ready for the opportunity and had been for quite some time. Having Jones back for year two gives me plenty of confidence that 2019 was just the start in Montreal.

After three straight trips to the Grey Cup and seven straight Western Final appearances, the Stamps were bound to have a “down year” at some point. By their standards, that step back was a 12-6 regular season and a playoff loss to the Bombers en route to winning it all. Calgary’s 2019 season was by no means a bad one. Instead, it was a bit of a transition year for the league’s most consistent team over the last decade.

That transition likely won’t be finished when they kick things off in 2021. Mainstays Eric Rogers and Cordarro Law have been traded to Toronto. 2019 defensive standouts Tre Roberson, Wynton McManis, and Nate Holley are all playing south of the border. The same is true for receiver Reggie Begelton, who absolutely exploded last season. And don’t forget that longtime leader Brandon Smith retired after the 2019 season, too.

Of course, one thing Calgary will have that they didn’t the last time they played is a fully healthy quarterback. Bo Levi Mitchell missed a good chunk of 2019 with injury and was never quite at 100% at any point upon his return. Well, after shoulder surgery 14 months ago to take care of a nagging issue, Mitchell returns for 2021 at full strength and as motivated as ever.

There were constants that got the Stamps through a sometimes-difficult season, of course. They still won 12 games, after all. Crucially, many of those key faces will be back for this season, led by Mitchell and head coach Dave Dickenson. We named Jamar Wall Calgary’s 2019 MVP a few weeks ago and he’s back to help run the show on defence.

And let’s not forget John Hufnagel, the guy calling all the shots. No one has procured talent better than the Stampeders in Hufnagel’s tenure, which was on display in 2019. After saying goodbye to so many familiar faces over the last two off-seasons, that trend will need to continue in 2021.

I know they were soundly beaten by Winnipeg in the 107th Grey Cup, but that shouldn’t completely take away from what the Ticats accomplished in 2019. They truly were the league’s best team all season long. Of course, that’s not always what people remember when a team doesn’t win their final game of the season. Hamilton didn’t and the Bombers were/are deserving champs. Going into 2021, though, it’s probably important to remember just how good the Tiger-Cats were.

Hamilton didn’t flinch when 2018 East Division Most Outstanding Player Jeremiah Masoli went down in Week 7. Dane Evans stepped in seamlessly and helped the Ticats to a 15-3 regular season record, the best mark in franchise history. Receivers Brandon Banks and Bralon Addison didn’t miss a beat switching quarterbacks and finished first and fifth in league receiving, respectively. Oh, and Banks went on to be named Most Outstanding Player.

But as good as Hamilton was with the ball, they were just as good without it. Ted Laurent, Dylan Wynn, Julian Howsare, and Ja’Gared Davis made up the CFL’s best defensive line. Linebacker Simoni Lawrence led the league with 98 tackles. And a secondary that boasted names like Jumal Rolle, Cariel Brooks and Delvin Breaux was a nightmare to throw on all season long.

And here’s the crazy part: everyone I’ve mentioned so far, except Breaux who retired a few weeks ago, will be back with the Tiger-Cats in 2021. So will reigning CFL Coach of the Year Orlondo Steinauer, who stepped into the role last season as if he’d been doing it his entire life. Hamilton was as good as it gets for the vast majority of 2019, but they don’t have the ultimate prize to show for it. Knowing how similar they’ll look this year, an angry and motivated Ticats team is a rather terrifying prospect for the rest of the league.