To be inducted under the Player category are defensive linemen Will Johnson and Mike Walker, wide receiver Nik Lewis and defensive backs Orlondo Steinauer and Don Wilson. In the Builder category, former Montreal Alouettes Head Coach Marv Levy and the sixth CFL Commissioner Doug Mitchell are to be inducted. 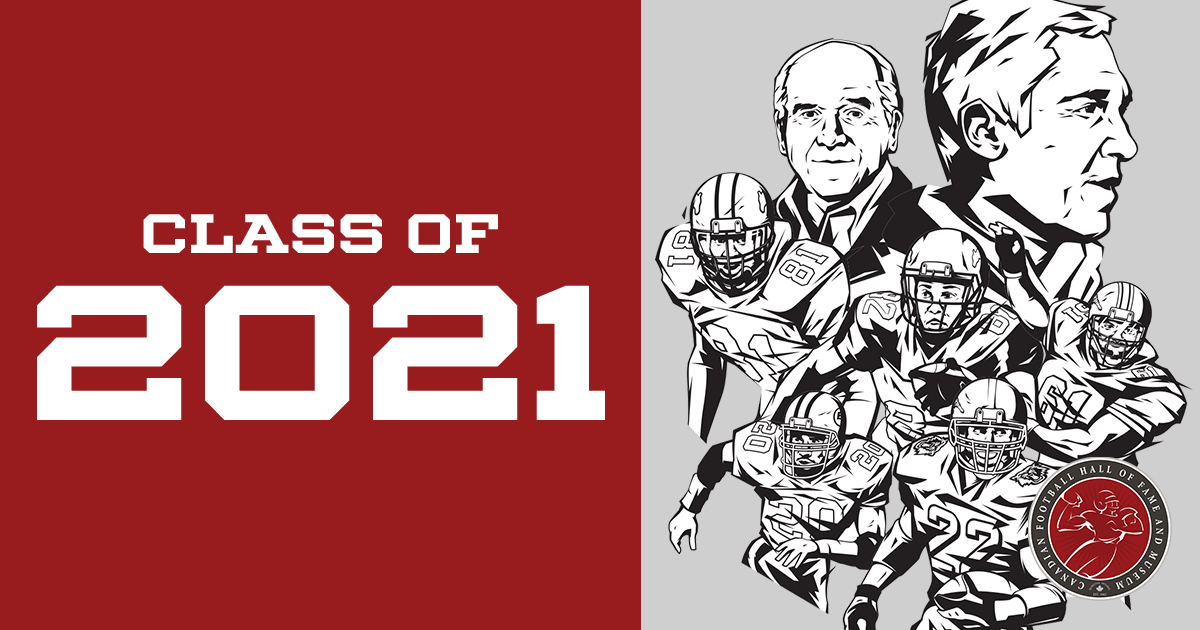 “The Canadian Football Hall of Fame is proud to honour these individuals who have contributed so much to our game, on the field, on the sidelines and in the boardroom,” said Greg Dick, Interim CFHOF Executive Director. “I would also like to thank the Selection Committee for their tireless work in selecting this year’s excellent class.”

The Football Reporters of Canada also announced that Bob Hooper and Bernie Pascall are part of the Class of 2021, entering the media wing of the Canadian Football Hall of Fame.

The formal induction of the Class of 2021 – now scheduled for Grey Cup Week this November in Hamilton — will bring the total number of Hall of Fame members to 316.

The 2020 Class was announced last year but its induction was postponed because of the Covid-19 pandemic. That ceremony is now scheduled for August 6 in Hamilton, Ontario. The class of 2020 comprises Clyde Brock, Henry Burris, Freddie Childress, John Hufnagel, Larry Uteck and Greg Vavra will also be honoured during the Hall of Fame Game, scheduled for August 7, between the Hamilton Tiger-Cats and Calgary Stampeders. 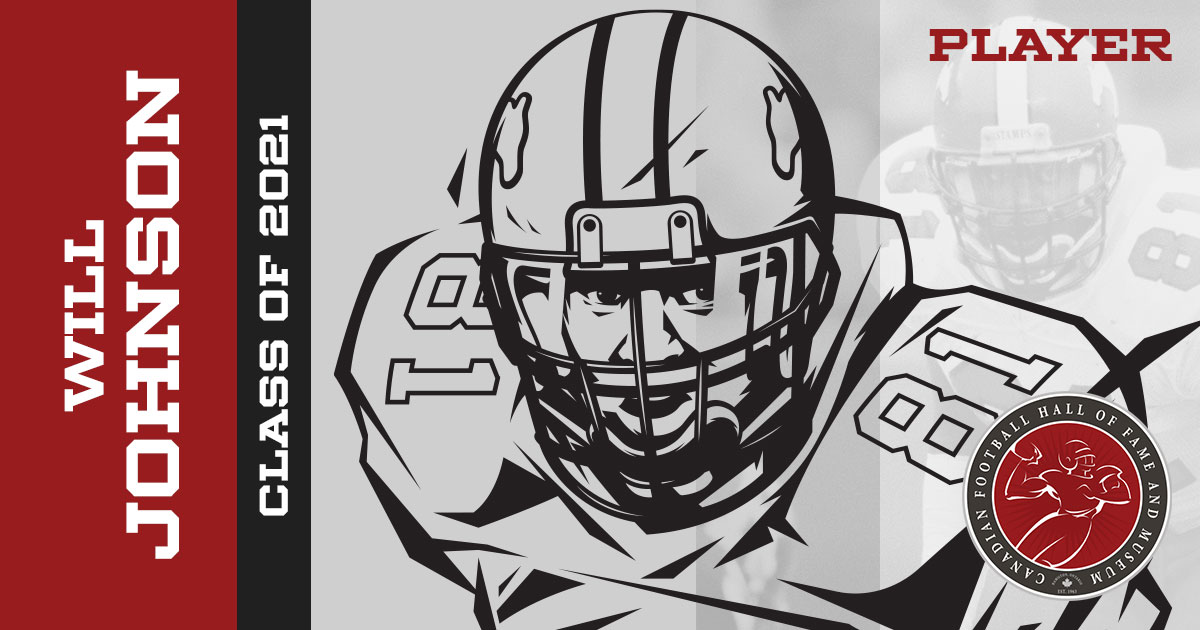 Will Johnson was a CFL sack master.

Johnson played 132 games during his nine seasons in the CFL. He played eight with the Calgary Stampeders (1989-1996) and one with Saskatchewan (1997), appearing in three Grey Cups, and becoming a Grey Cup champion with Calgary in 1992. He was named a West Division All-Star six times and a CFL All-Star on five occasions.

A model of consistency, Johnson is credited with 99 sacks, good for 13th on the CFL all-time list. The CFL’s sack leader in 1991 and 1994, he recorded nine or more sacks in eight of his nine seasons. The Monroe, Louisiana native was named the West Division Most Outstanding Defensive player in 1991, following a 15-sack season. Johnson also had 288 tackles, eight fumble recoveries and an interception. 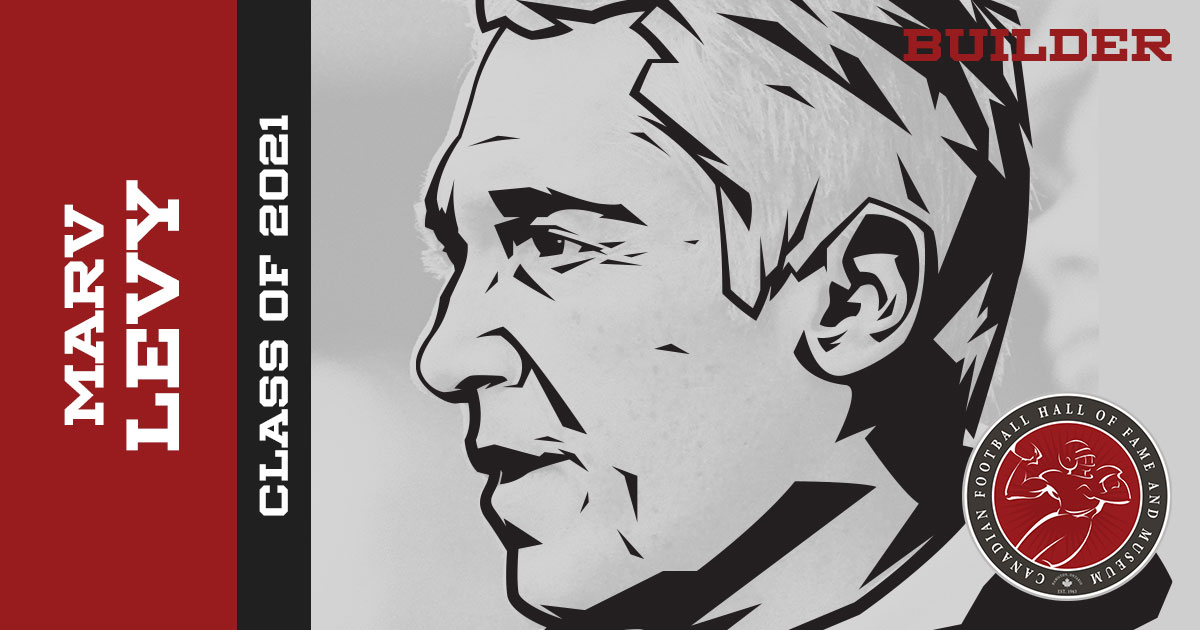 Marv Levy made excellence a habit.

Levy was named the head coach for the Montreal Alouettes in 1973, following coaching stints in the NFL and NCAA. The Alouettes appeared in the playoffs in all five seasons he led the team, capturing Canadian football’s most cherished prize, the Grey Cup in 1974 and 1977.

With this announcement, Levy is about to become only the third person to be enshrined in both the Canadian Football Hall of Fame and Museum, in Hamilton, Ontario, and the Pro Football Hall of Fame, in Canton, Ohio. The latter has recognized Levy for leading the NFL’s Buffalo Bills to four consecutive Super Bowl appearances following his success in Montreal and his tenure with the Kansas City Chiefs. Levy joins Bud Grant and Warren Moon to be enshrined in both Halls of Fame. 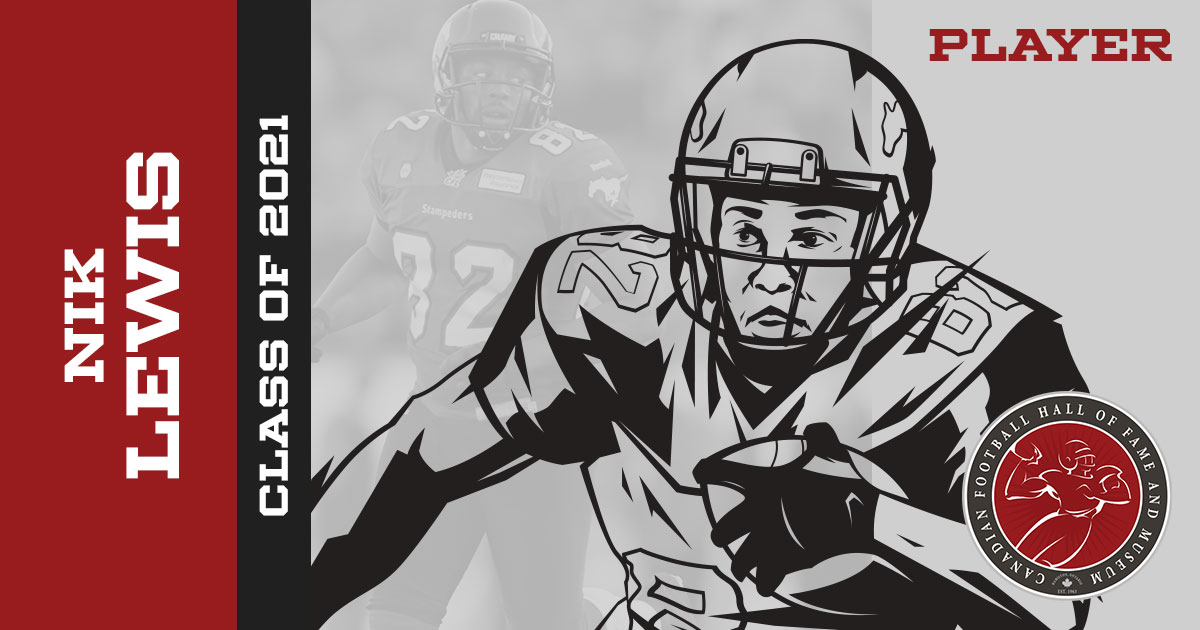 No one in CFL history has caught more passes than Nik Lewis.

He was a six-time Division All-Star and a three-time CFL All-Star during his career. Lewis finished with 13,778 receiving yards, ranking him fifth all-time and added 71 touchdown receptions. 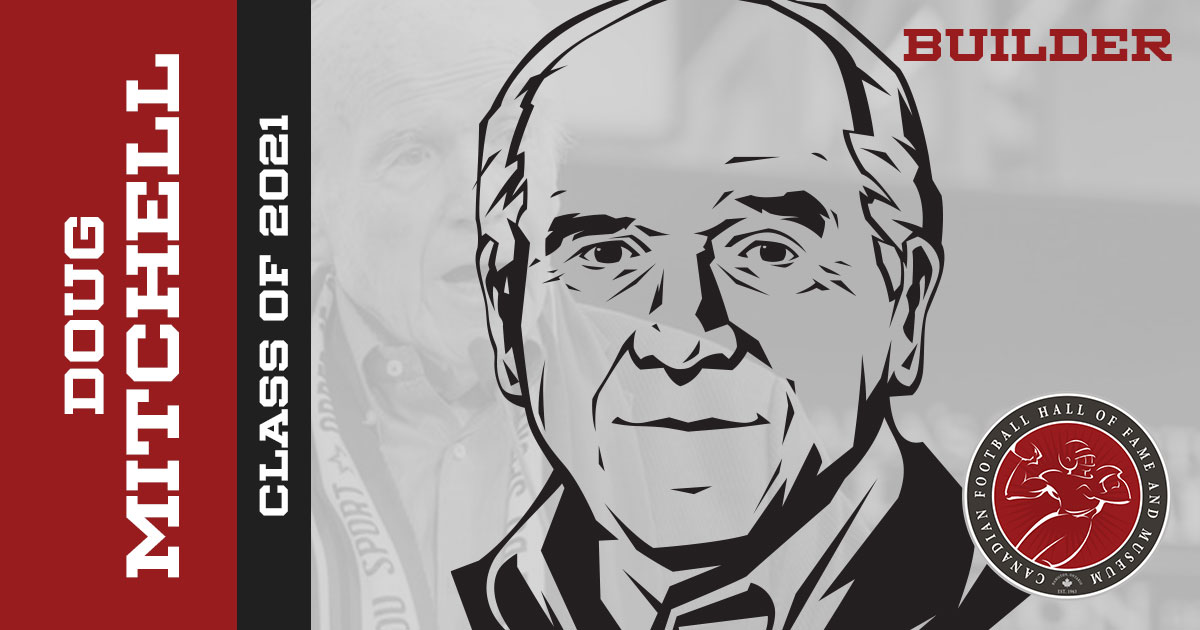 Doug Mitchell’s unbridled passion for football has made the game stronger at the amateur and professional level.

Mitchell played for the BC Lions, but that was just the start of his many football accomplishments and contributions. His contributions to sport, and in particular his dedication to football, have been defining features of his life, along with his successful law career and the remarkable family he has built with his wife Lois.

Perhaps best known as the CFL’s sixth Commissioner, serving in that capacity from 1984 to 1988, Mitchell has also served on the CFL’s Board of Governors, as a representative of the Calgary Stampeders. His many contributions to Canadian university football include the creation of the U SPORTS Athlete of the Year Awards honouring Canadian university student-athletes. The honour – formerly known as the Howard Mackie, BLG and Lieutenant Governor Athletic Awards – were recently renamed The Honourable Lois Mitchell and Doug Mitchell U SPORTS Athlete of the Year Awards Presented by Makadiff Sports. U SPORTS has named one of its national semi-final football games the Mitchell Bowl in his honour. 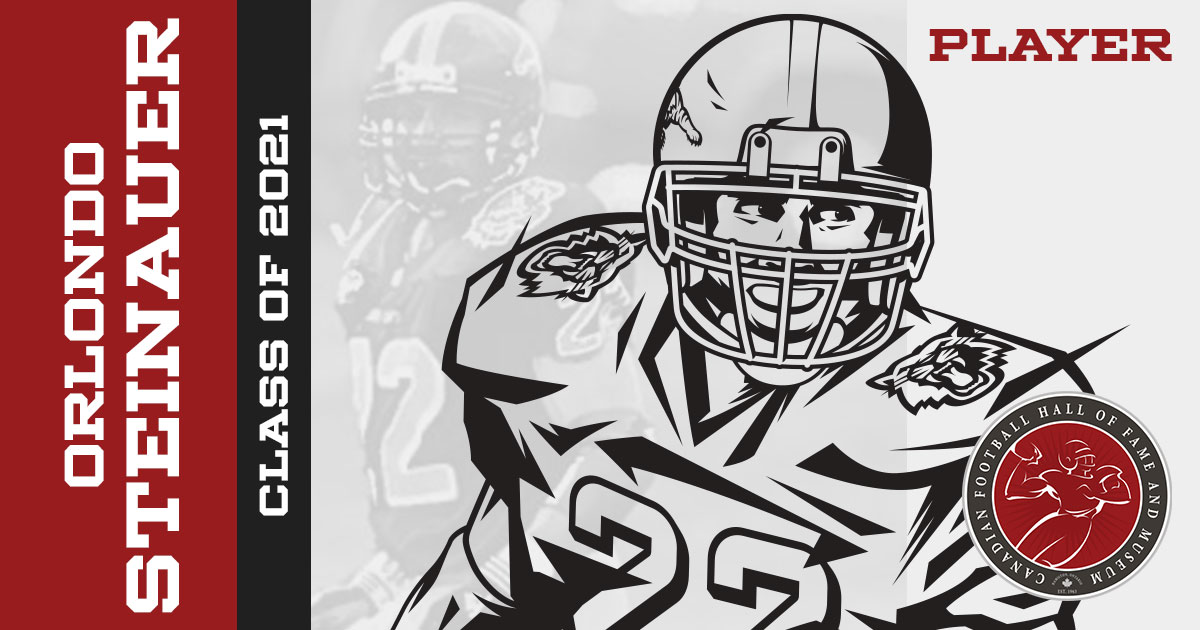 A dominant defensive back known as much for his smarts and his athleticism, Steinauer played for 13 seasons in the CFL, with the Ottawa Rough Riders (1996), Hamilton Tiger-Cats (1997-2000) and the Toronto Argonauts (2001-2008). He was named an all-star at three different positions (cornerback, halfback and safety), earning seven East All-Star nods and five CFL All-Star honours in total.

Steinauer career featured 49 interceptions, including five returned for touchdowns. His 1,178 interception return yards are the second most in CFL history behind Less Browne (1,508). He is currently the Head Coach of the Hamilton Tiger-Cats. 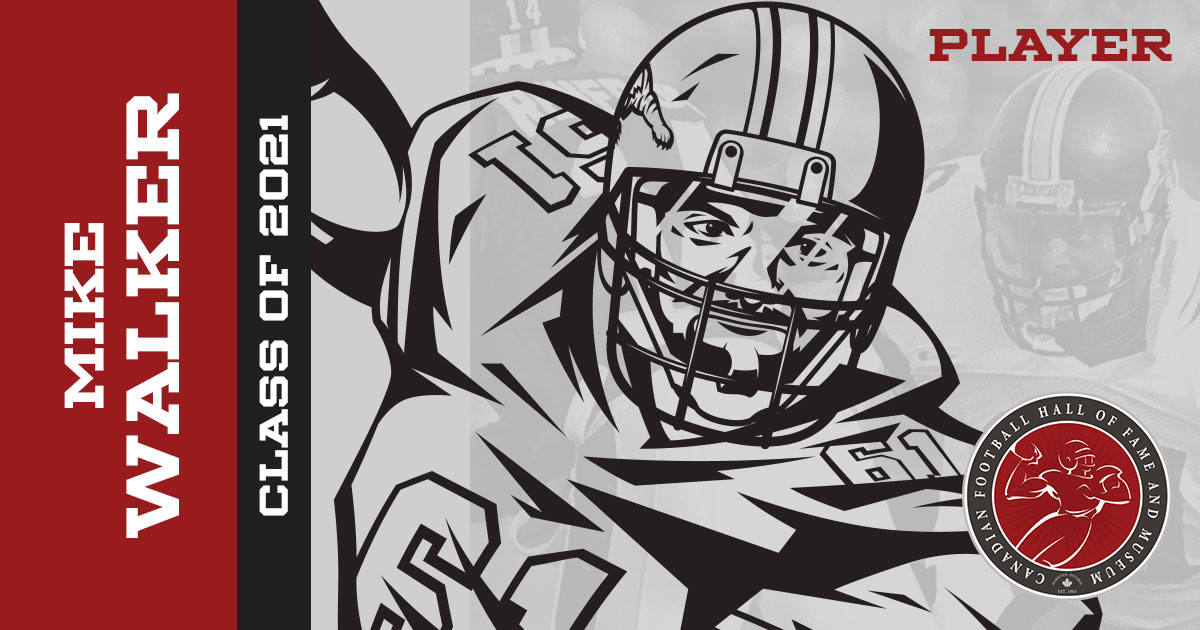 Mike Walker anchored some of the best defences in CFL history.

Walker finished his career with a total of 95.5 sacks (14th all-time), 149 tackles, nine fumble recoveries and two interceptions. He was named a Division All-Star on four occasions and a CFL all-Star three times. 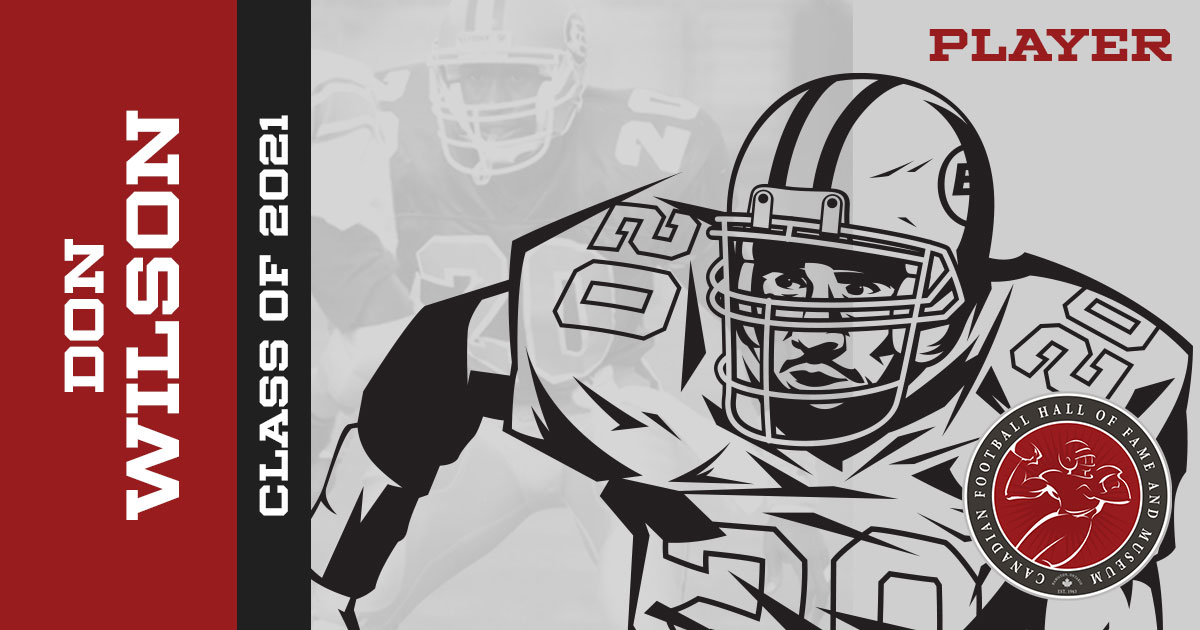 Hooper was an institution at CHML radio in Hamilton, where he began working as a broadcaster in 1961 before advancing to program director and vice-president. In 1984 he became the station’s play-by-play voice for the Hamilton Tiger-Cats. After a five-year break, Hooper resumed play-by-play duties from 1997 to 2001, while also producing the station’s Ticats-oriented call-in show. From 2002-2004, Hooper was the Tiger-Cats’ director of media relations. He later served as a member of the Hall of Fame Selection Committee. Hooper died in 2018.

Pascall joined Vancouver’s BCTV in 1969 after working at radio stations and television stations in Flin Flon (CFAR), Medicine Hat (CHAT), Winnipeg (CKRC; CJAY) and Toronto (CFTO). During his 30 years as BCTV’s sports director he was also, for more than a decade starting in 1969, a host, commentator and reporter on CFL telecasts for CTV, including co-hosting when the network shared telecasts with CBC. A member of the FRC since 1965 who helped select the CFL’s Schenley Award winners, Pascall has received numerous honours for covering many sports, is a member of several halls and serves as a trustee on the B.C. Football Hall of Fame.