TORONTO — Chris Mulumba has certainly had a different path to get to the professional football ranks.

The native of Helsinki, Finland grew up studying Judo and is a black belt in the discipline. Mulumba was the Finnish National Judo Champion from 2009-2011 and also served his mandatory year of service in the Army.

When it comes to football, however, saying that Mulumba was a late-comer to the sport would be an understatement. He wasn’t introduced to football until he was 17 years old, and he began playing from there.

“Coming from an individual sport, it was nice to have the teammates and be in a team atmosphere and have the physicality of the game,” Mulumba said. “I just felt like you could do whatever you wanted to within the rules on the field. Those were the things that were interesting to me.” 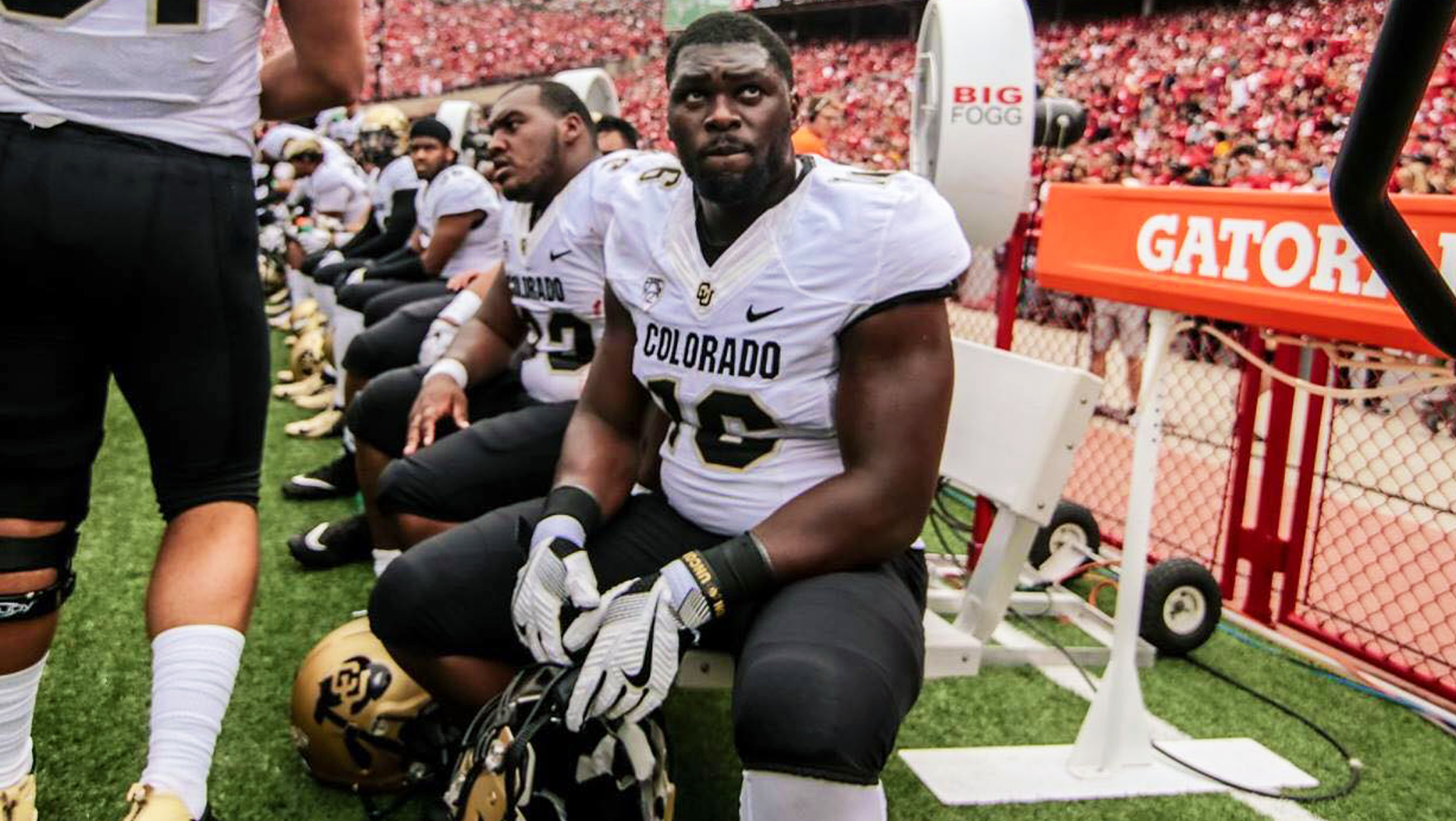 Mulumba was able to take his experience in judo to the gridiron. He used his hand work, balance, and leverage to win, so in football, he did the exact same thing.

Following a few years playing in Finland, Mulumba knew he had a chance to make a living off of football. So he moved to the States to pursue a career. He was excited to come Stateside, however, he didn’t speak a lot of English, so the language barrier was difficult at the start. But he was able to let his play do the talking when he did make the jump.

He ended up in junior college with Diablo Valley. Following his lone season with the Vikings. He initially signed to join the University of Central Florida but wound up redshirting the 2016 season and going to the University of Colorado in 2017.

Mulumba spent the final two years of his collegiate career with the Buffaloes, finishing with 55 tackles, 1.5 sacks, and 3.5 tackles for loss in 23 games.

Despite being able to make the jump from a junior college to a Division 1 program with relative ease, the different in environments was vast for Mulumba.

“In junior college, you’re trying to get a scholarship, money is tight and you just try to make it by,” Mulumba said. “After you get a scholarship to the big school, everything is pretty much taken care of. You can just focus on school and get better every day in your position. So it’s a big difference but there are definitely good memories from both schools and they helped me a lot.”

Since graduating two years ago, Mulumba has been working out, waiting for his next chance to come. In January, he started ramping up his training in anticipation of the upcoming Global Combine and 2021 Global Draft, which will take place on April 15 at 1:00 p.m.

In a short time, Mulumba could be suiting up for one of the nine CFL franchises for training camp. Something that he’s been hoping to achieve for years. He also had the chance to speak to Bo Lokombo about what to expect and while he’s never been to Canada, Mulumba could be one of the next Global players to make an impact on a CFL roster in 2021.

“For me, it would be a dream come true,” Mulumba said. “When you start playing a game, you want to play it professionally and that would be a great opportunity for me, my family, and all of the people in Finland to have a professional football player in Canada.”