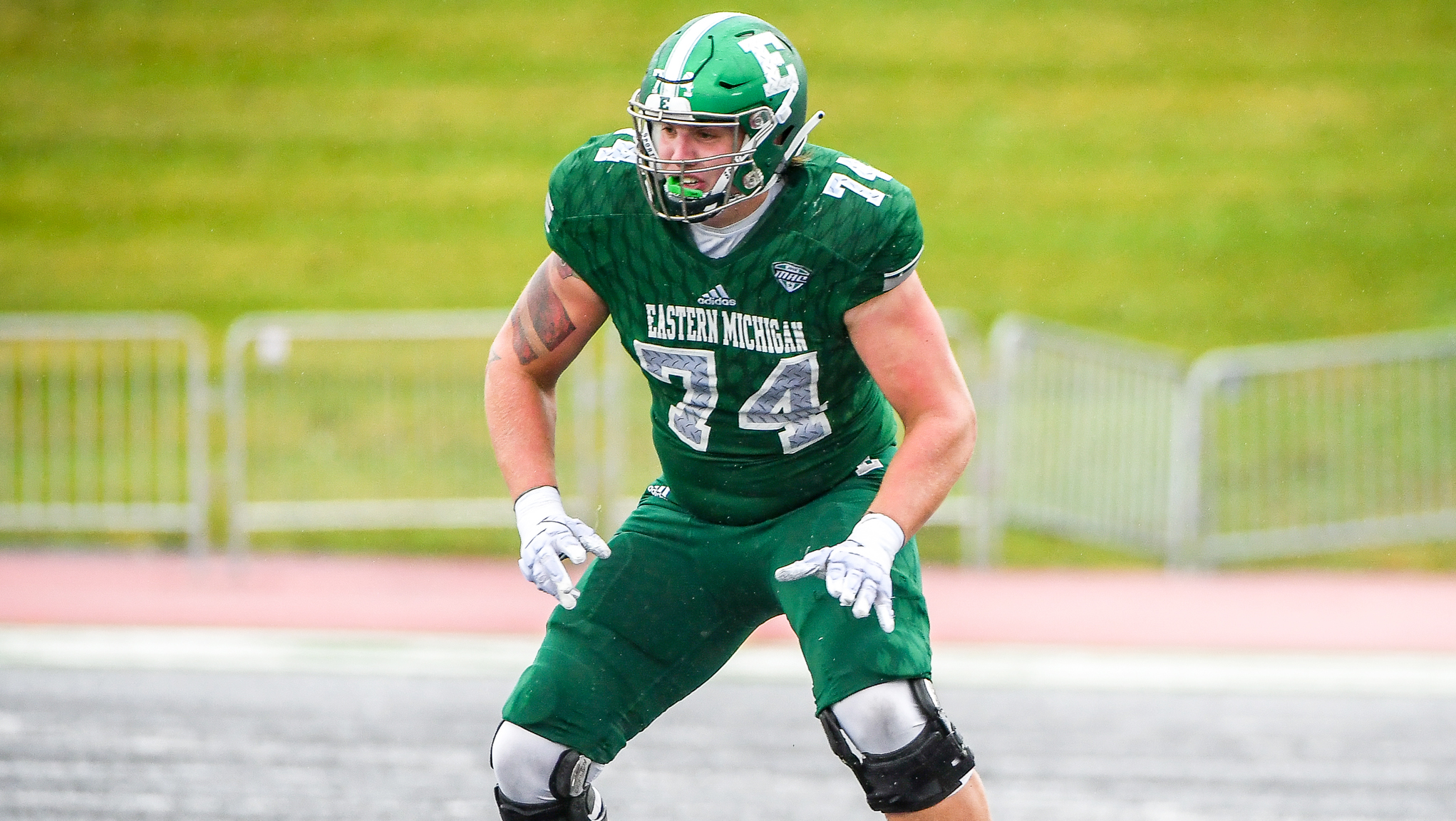 TORONTO — Growing up in Denmark, Steven Nielsen played a number of sports, like soccer and handball, but he didn’t enjoy playing either. Then football came around, and everything changed.

His brother began playing, and after watching him for a year, Nielsen decided to dive in himself.

Nielsen played at the club level for a few years for fun. But around age 17, he started researching schools in the United States to try and make a career out of the sport he loved.

He landed in Indiana at La Lumiere High School, where he was able to transition to an NCAA program.

“It was difficult, more on a personal base, just being so far away from my family,” he said. “Practice as well. Back home, we’d practice twice a week, and when I was in prep school, we’d practice every day and a workout in the morning. So it was way more practice and football during the day than I was used to. That was a huge transition and it helped me prepare for college.

Nielsen ultimately committed to play Eastern Michigan, where he would spend his entire collegiate career. He says that it felt like home as soon as he stepped onto the campus.

During his time with the Eagles, the 6-foot-8, 307-pounder played across the offensive line. He originally played tackle coming up but was used at left guard as a freshman. In his sophomore and junior years, he played right tackle before the team moved him again, this time to left tackle for his senior season.

While there was a challenge in moving around so often, Nielsen also learned immensely from those opportunities and says he’s better off for it now.

His final collegiate season came in 2019, and after leaving Eastern Michigan, Nielsen was signed by the Jacksonville Jaguars as an undrafted free agent. He was unfortunately cut and has been training since then.

Nielsen has always been a fan of the CFL game and last year, he looked into the possibility of going to the Global Combine, but he was still focused on the NFL and did not participate. This year, however, he’ll be looking to make it north of the border and is excited for the chance to suit up for one of the nine CFL franchises.

“That would be huge,” Nielsen said of the prospect of getting drafted. “Just for the development of football in Denmark, just to have another professional player. So i think it’s a huge opportunity to keep having that exposure for the Danish players so young guys can feel like it’s possible. No matter where it is, it’s possible for you to play professional football.”

As a big body that can play all over the line — not to mention fill a Global slot on a CFL roster at an important position like the offensive line — Nielsen should be able to bring what he’s learned in college and expand on his skillset once he comes over to Canada.

“On the field, they’d be getting a very athletic big guy who can move and knows how to take on blockers and dominate people,” Nielsen said. “As a team player, they’ll get someone who’s very motivating and hard-working and someone who is always there for their teammates.