Don Wilson on Hall-of-Fame career: ‘It was a wonderful ride’ 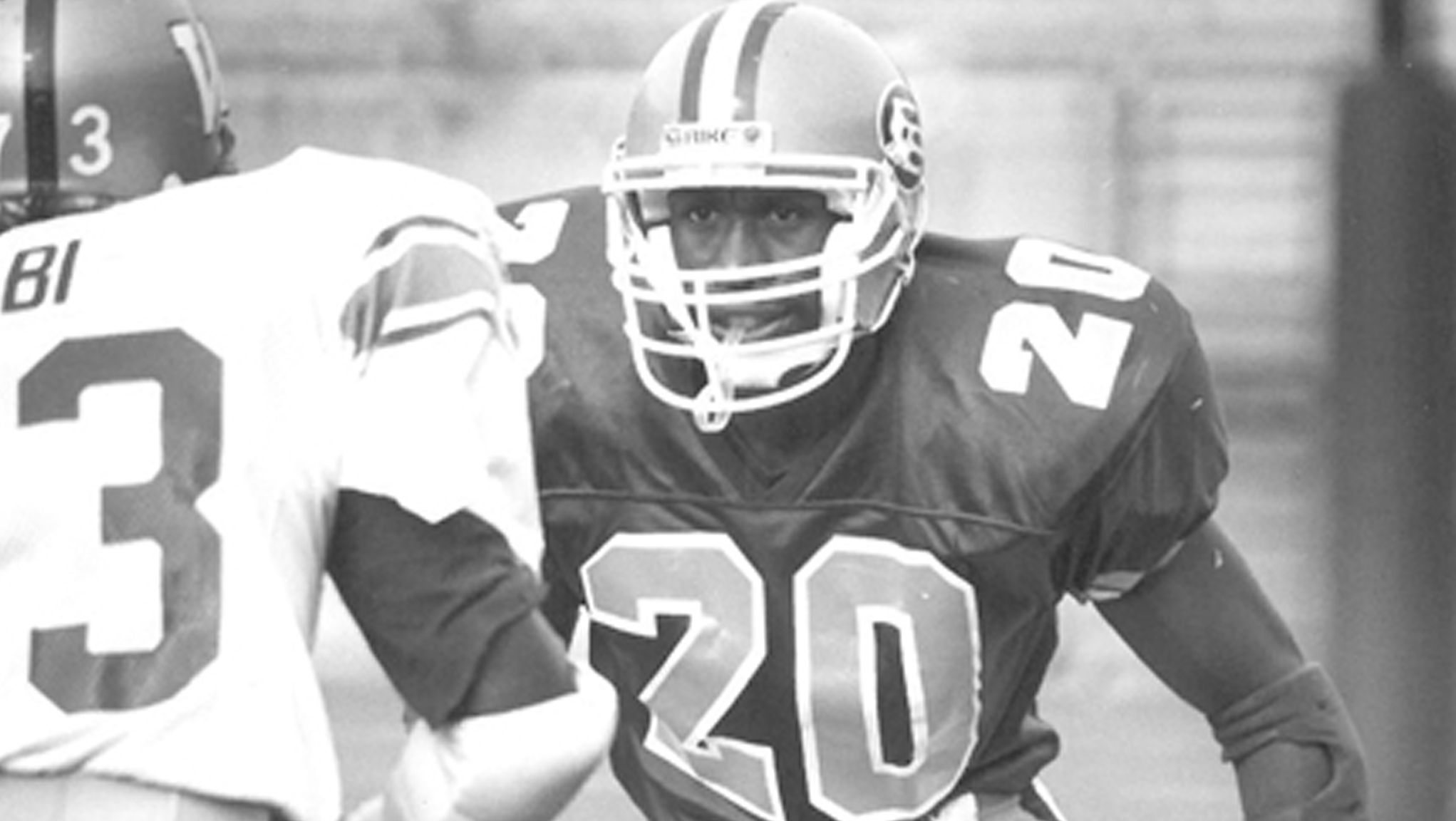 Don Wilson on Hall-of-Fame career: ‘It was a wonderful ride’

Following a stint in the NFL, Wilson signed as a free agent with the Montreal Alouettes in 1987 only to have the Als fold just before the start of the season.

“I’ve always kind of understood that in life you don’t always go where you plan to go,” said Wilson, 59, who would move on to acting after his playing days ended. “It wasn’t like a setback. It was just a setup for another door to open.”

Wilson was taken by Winnipeg in the following dispersal draft but was released before playing a game with the Blue Bombers. He then received a call from Edmonton head coach Joe Faragalli, which started him down a path that led him to be one of this year’s inductees into the Canadian Football Hall of Fame.

“I am truly blessed,” Wilson said. “As an athlete, as an actor, you want to be looked at as one of the best to ever do something. My name and the stats and the things that I was able to accomplish will be in the Canadian Football Hall of Fame forever.

“It’s like icing but diamond icing on the cake.”

During his 12-year career, Wilson won every Grey Cup game he played in and was a CFL All-Star four times. As a defensive back, he had 61 interceptions, which he returned for over 1,000 yards and five touchdowns. He scored three more touchdowns on fumble returns.

“I was just enjoying what I was doing,” he said. “I love the game. When I heard about (the Hall of Fame) last week, it just warmed my heart so much.”

“A lot of coaches helped me along this journey,” he said. “It definitely started with my mom and my sister, my grandmother and my brothers who helped me to understand, you put the work in, it really will pay off.”

Wilson had three different stints with both Edmonton and Toronto and also played the 1997 season with the BC Lions.

Moving back and forth between the two teams was like being “shipped between my father and my mother.”

“It was like always going back home,” he said. “It never was a bad thing and it always turned out good.”

Wilson was part of history in 1993 when he was involved in the CFL’s biggest trade, a 16-player swap. That deal saw Edmonton send the likes of quarterback Tracy Ham, defensive back Enis Jackson and slotback Craig Ellis to Toronto for quarterback Ricky Foggie, slotback Darrell K. Smith and Wilson, among others.

“I was definitely surprised with the people who go traded because all the guys who got traded were good,” he said. “It was really an interesting trade, very surprising and shocking. But it worked out for me. Everywhere I went, I ended up winning a championship.

Wilson won Grey Cups with Edmonton in 1987 and 1993 and with Toronto in 1993 and 1996. His final title came playing on an Argo team that featured Doug Flutie, Michael “Pinball” Clemons and Mike Vanderjagt that beat Edmonton in the cold and snow in Hamilton.

“This is what athletes strive for, what we train for. We play the game to play the best and be the best.”

Wilson was part of a famous photo, celebrating the win with Flutie and Clemons, but what he remembers most about the game was missing a tackle that resulted in Henry “Gizmo” Williams returning a kick-off 91 yards for a touchdown.

“I remember missing Gizmo on a kick-off return and getting cussed out by Don Matthews,” Wilson laughed. “He acted like I did it on purpose.”

Even while playing football Wilson did some acting. Growing up, he acted in stage productions in high school and at college. Since leaving football, he’s had parts in movies and television series.

“Sports was really natural for me,” he said. “The acting is a lot harder. Sports, you know your X’s and O’s, you go out there and execute. Usually, you put your best foot forward, get a lot of things done, you get to win games.

“But acting, there is a lot more than people think. Acting has been more challenging. It’s a very tough craft.”

Wilson now lives in the U.S. but fondly remembers his time in Canada.

Wilson retired an Eskimo after the 1998 season. Over the years he often wondered if his body of work on the playing field was enough to earn him a spot in the Canadian Football Hall of Fame.

“When I first heard I was choked up,” he said. “This is what athletes strive for, what we train for. We play the game to play the best and be the best.”