TORONTO — The second-ever CFL Global Draft had an Australian flavour out of the gate, with four punters from the land down under chosen in the first round.

Jake Ford went first overall to the BC Lions, while the Montreal Alouettes took Joseph Zema sixth overall. Calgary and Hamilton followed at seventh and eight, with Cody Grace and Joel Whitford, respectively. The Saskatchewan Roughriders nabbed Norweigian punter Kaare Vedvik in the second round (14th overall). In total, 11 kickers/punters were chosen by teams on the day.

RELATED
» Global Draft Tracker
» Through the lens: The 2021 CFL Global Draft class
» Boqiao Li hopes to make the leap from China to the CFL

Other than Vedvik, the second round of the draft branched out, position-wise. The Winnipeg Blue Bombers, who chose very well in the 2019 Global Draft with linebacker Thiadric Hansen, chose Japanese offensive lineman Tomoya Machino, a former baseball player that was described earlier this week by a CFL official as a very natural-moving offensive lineman. Edmonton added some depth to its vaunted defensive line with New Zealander Misiona Aiolupotea-Pei, who played his college football at Washington State. The Lions closed out the second round with an interesting choice, taking Chinese d-lineman Boqiao Li, a former national rugby sevens player that has played some Arena football and has taken part in the NFL Pathway Program. 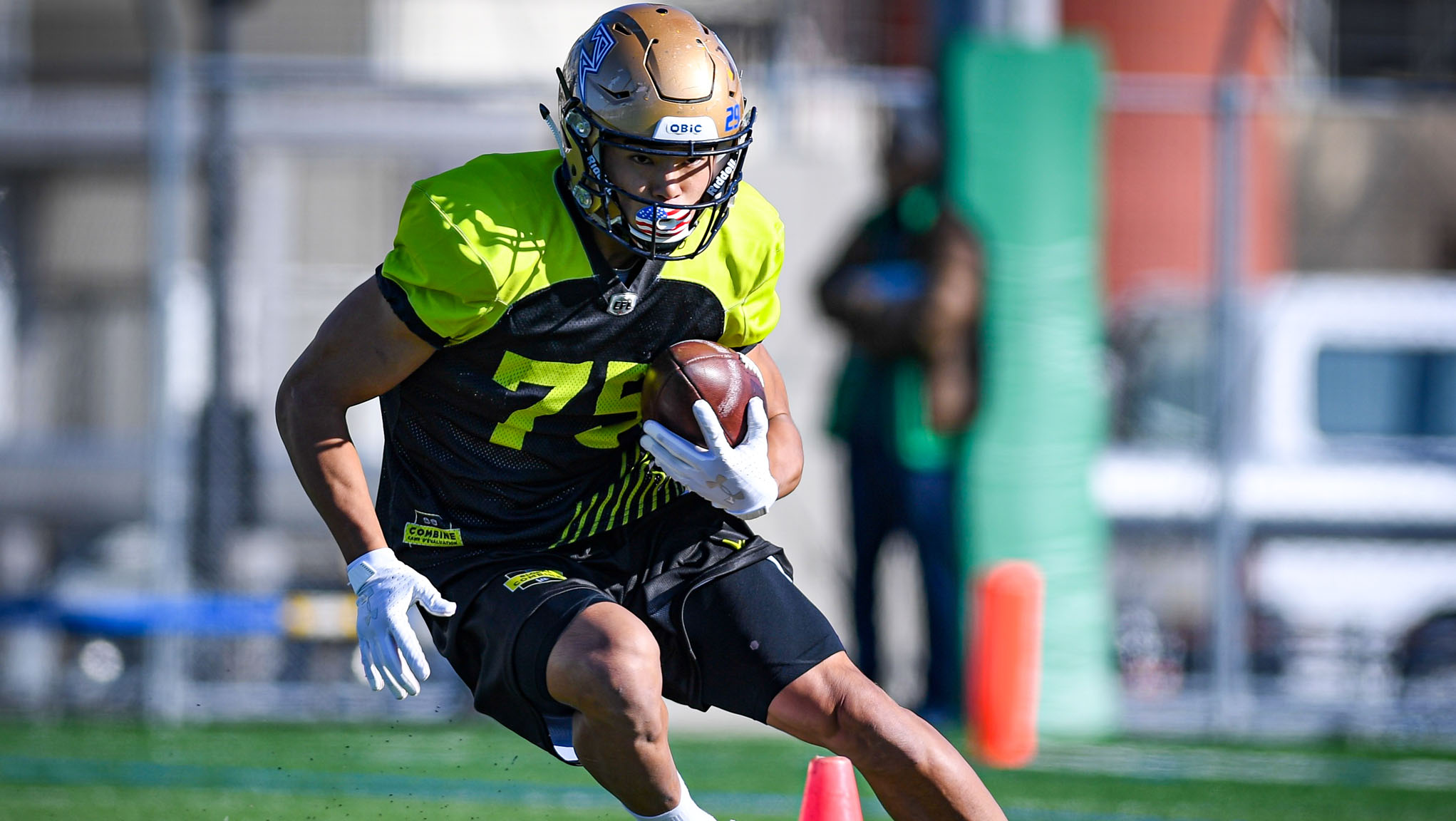 The Alouettes made an interesting choice in the third round of the draft when they took Japanese running back Taku Lee at 24th overall. Lee starred in the Global combine the CFL held in Japan last year and landed with the NFL Pathway Program this year. While Lee explores his NFL options, the Alouettes will keep an eye on him and hope that he might come their way in the future.

The Ticats used their third-round pick to get an interesting prospect as well. British linebacker David Izinyon (26th overall) has drawn the comparison to Thiadric Hansen. He’s played around Europe (British league, Polish league and the German league) and with Britain’s national team. He should be a competitive figure in training camp.

Ottawa opened the fourth-round by choosing French DB Tony Anderson, who played college football at Santa Barbara, then transferred to NAIA school Grand View University. The Alouettes took Swedish DB William James, who had a strong virtual combine and scouted favourably over the past year. The Lions closed out the draft by choosing German d-lineman Niklas Gustav.

Next up for CFL fans is the Canadian Draft, which goes May 4 and will air on TSN at 7 p.m.