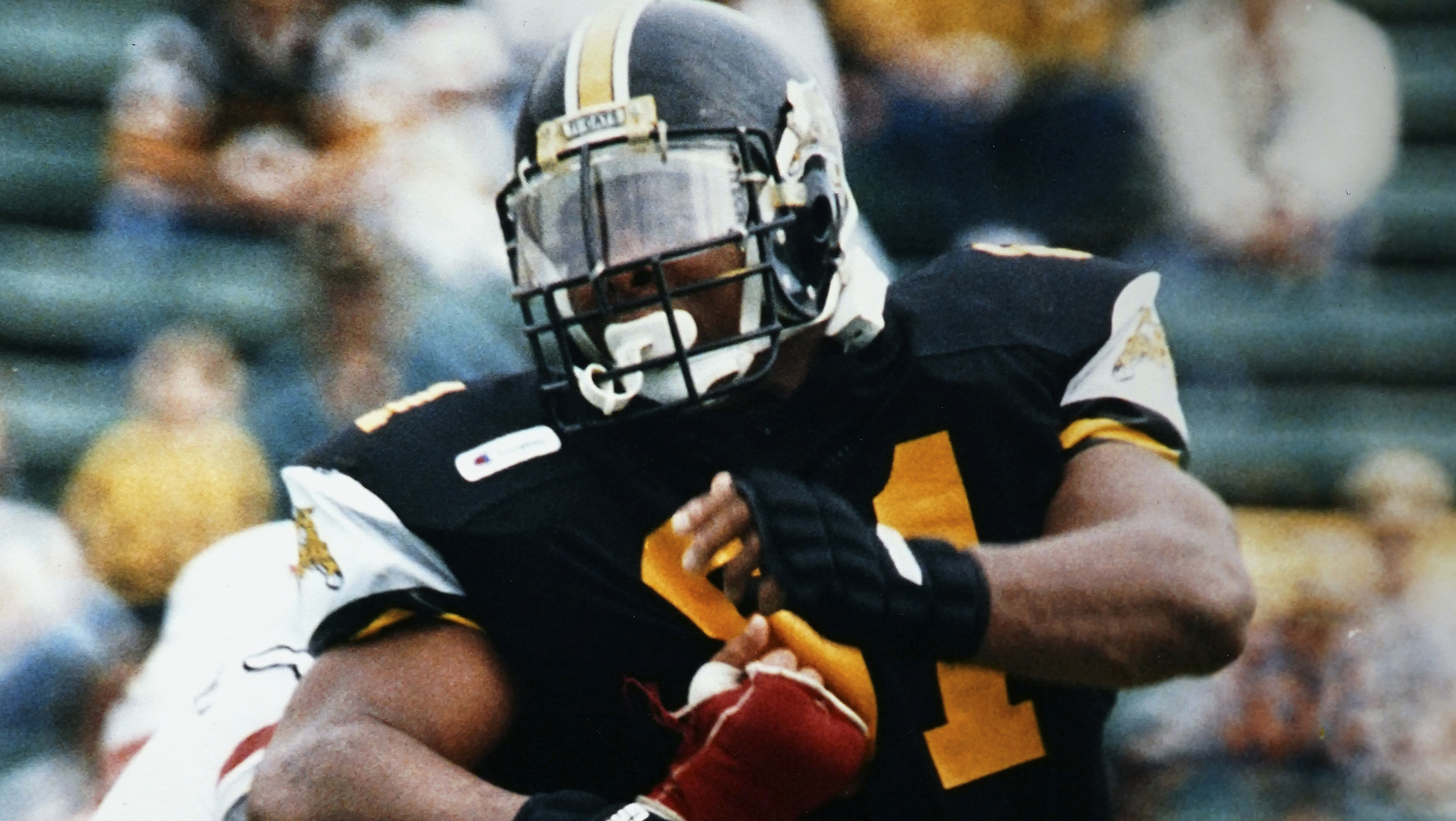 During his eight years as a defensive end with the Hamilton Tiger-Cats Walker played in some epic battles against with the Toronto Argonauts. The teams were arch-rivals and while there was respect between the two organizations, little love was lost.

Then in 2009 Walker joined the Argo’s coaching staff as a defensive consultant.

Walker never shied away from a battle, either on the field or off. His contributions to the CFL are being recognized by being named as one of this year’s inductees into the Canadian Football Hall of Fame.

“Man, 30 years just went away so fast,” said Walker, 62. “It just brought back memories. It just all comes back to you like yesterday. I felt myself in the locker room getting ready to play.

“It brought back great memories.”

Walker was born in Indianapolis and played college football at Washington State. He played 10 years in the CFL, with his final two seasons in Edmonton. He appeared in four Grey Cups and was part of Hamilton’s 1986 championship team.

Walker joined the Tiger-Cats in 1982 and quickly learned the team Hamilton loved to hate was just 70 kilometres away. Even if the Tiger-Cats won just four games in a season, it was a success if those wins were against Toronto.

“We’d play those guys four times a season sometime,” he said. “They were battles. Those were for real. During the playoffs, it was always cold.

“You remember those games more than all the other games. Playing Montreal and Ottawa just was not like the Toronto-Hamilton series. It was different.”

Walker went head-to-head against Argo offensive linemen like Dan Ferrone and Chris Schultz, who recently died of a heart attack.

“Chris played hard, but he would pick you up off the ground,” he said. “What a quality person.”

In Walker’s first season in Hamilton Tom Clements was quarterback.

“I was wow, I’m on the same team as Tom Clements,” he said. “When I grew up in Indiana, I followed Notre Dame and Tommy was the guy.”

After a 1-5 start Hamilton finished the year 9-8-1 for second place in the East. The Tiger-Cats lost the opening of the two-game, total-point Eastern Final 31-17 but rebounded for a 45-25 win in the second. They then beat Edmonton 39-15 in Hamilton to win their first Grey Cup in 14 years.

“We became closer and closer as a team,” said Walker. “We bonded because sometimes our season didn’t go that well.  But when the playoff time came around, we pulled it together. It was awesome.”

He found the transition from player to coach seamless.

“I went right into coaching defensive line, and it’s easy to coach what you play,” Walker said. “I missed playing but coaching is a different world.

“You’ve got to really be sound in your technique. When I played, I made sure I knew my opponent I was playing against. So coaching was any easy transition.”

Walker faced adversity in 2018 when he underwent surgery to correct the effects of a spinal cord compression that was threatening to paralyze him. Still recovering, he uses hiking poles when he walks.

“I was in a wheelchair for a year and now I’m back to walking with assistance,” he said. “I’m trying to get back on my legs. I’m working on it every day. It’s going to be an uphill battle.”

Walker’s resilience has surprised his doctors.

“A doctor told me a normal person wouldn’t be able to handle what I have right now,” he said. “He was surprised to see me walking.

“I’ve come a long way. I don’t think a normal person could handle the back pain that I go through. Sometimes I have a good day and then I have two bad days.”

Walker still manages to go to the gym five days a week where he works on his cardio and muscle strength.

“I don’t want to see that wheelchair again,” he said. “My goal is to be able to walk again unassisted.”

“I felt so much for the CFL and for the city of Hamilton,” he said. “Hamilton is where we made our home in the off-season for a couple of years.

“Hamilton is a tough town and it’s tough football. You just had to be tough. You can’t come in there soft. That’s what I liked about it. The people there were avid fans. It’s a real football town.”