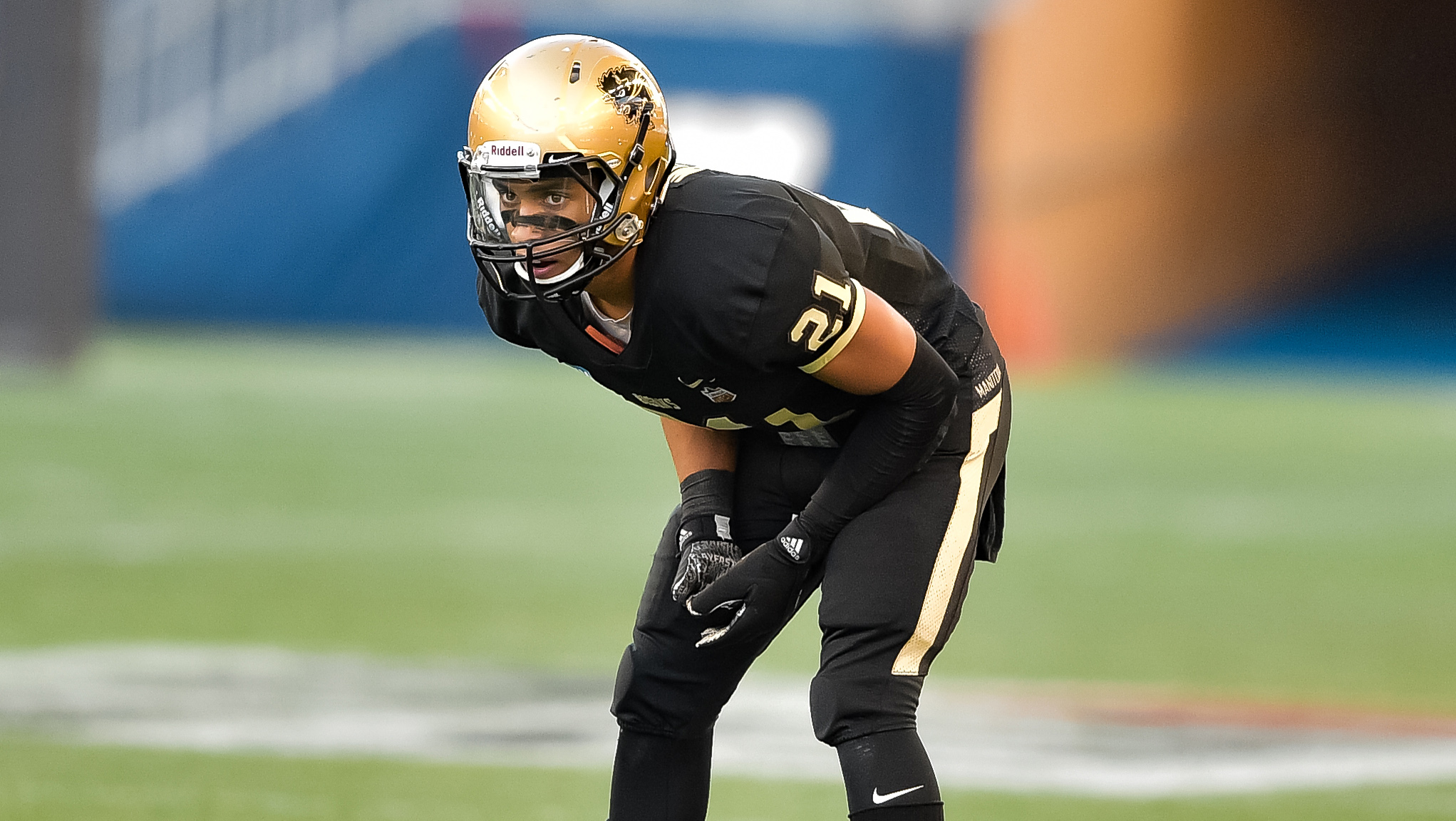 Stock assessments continue as we shift to some of the draft’s receivers and defensive backs.

Scouts and general managers have a few more weeks to process the virtual testing results they’ve gathered on the country’s top draft-eligible prospects. Then it’s time for the draft, where many of these amateur athletes make the leap to the pros on May 4.

The Marauders’ leading receiver from 2019, Nield always had the frame, balance and hands to warrant being selected, but a combine featuring a 4.60-second 40-yard dash, a 1o-foot-two inch broad jump and elite change of direction in the shuttle and three cone has his stock undoubtedly on the rise.

This one came out of nowhere for me. Maybe it was the lack of a 2020 U SPORTS season, or the lack of a Mustangs passing attack in QB Chris Merchant’s injury-filled final game that was the 2019 Yates Cup. Regardless, Griffin Campbell not only tested well, he set the virtual combine on fire with the third-best combine score overall, trailing only UBC LB Ben Hladik and Regina RB Kyle Borsa.

When you go through the combine numbers of the Thunderbirds and see crazy result after crazy result for every defender, even an average testing day is going to feel off-putting, especially as Nield and Campbell elevated themselves as some of the premier U SPORTS names available.

Despite posting a special 40-yard dash time as I hoped he would, Corby’s overall workout wasn’t fantastic. He’s one of many players in this class whose film speaks louder than any number though. It won’t hurt his draft positioning.

Strong hands, quick, elusive. St. Pierre reminds me of another former Gee-Gees pass catcher in Kalem Beaver, who was the focal point of Ottawa’s passing in the pre-pandemic era of Garnet and Grey football.

At nearly six-foot-four and over 200 pounds, York has recruited and produced yet another athletic specimen. Someone is sure to take a shot at Luther, but how early will he go and what can he become?

Pro size, good instincts and a powerful burst to the ball. Kramdi tested well and brings that trademark physical RSEQ defensive back skill set to the 2021 CFL Draft. I could see Kramdi going high as the third, maybe even second round, depending on how teams judge NFL interest for NCAA prospects at the top of the final Scouting Bureau rankings.

Another one of my 2021 virtual combine monsters, McWhirter led the Ravens in interceptions with five the last time he put a helmet and shoulder pads on at Carleton. Follow that up with a 4.57-second 40-yard and some cleaned up footwork and McWhirter has real potential.

I was surprised Julien didn’t test better after watching some of his return game ability. He could dance U SPORTS coverage men in the alley with the best of them in this draft class, but there won’t be many return opportunities; especially not ones where dancing accomplishes much at the next level.

Similar to Toronto receiver Will Corby mentioned earlier, Lokombo didn’t have the crazy top end testing day that I thought might be possible. That should have absolutely no influence on his draft stock though, as I believe he remains a first, maximum second round talent so long as his relatively slight size doesn’t scare away suitors.

This might be the most awake sleeper of the draft. Every team knows about Shape Weekes. He has elite return ability and played the ball better than most in his final season with the Manitoba Bisons before transferring to get a 2020 season in at Bemidji State.

This five-foot-11, 193 native of Brampton, Ont. screams value pick for me. His quick burst and commitment to finishing the play after making a judgement is up there with the best in this class, but who will see the fit at free safety with such a deep defensive back class?