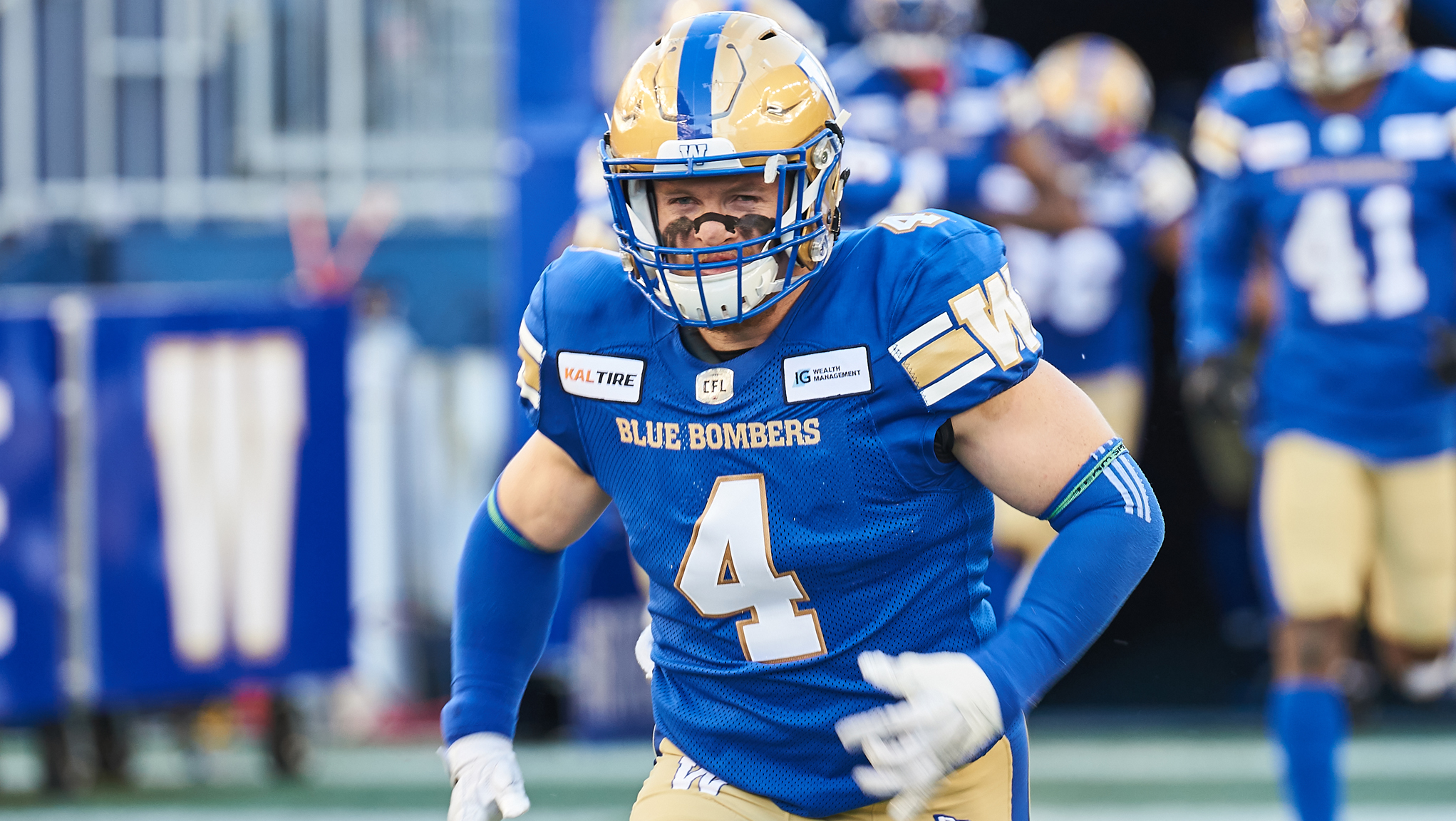 TORONTO — While the game of football continues to focus more and more on offensive play, you can’t discount the importance and impact of a strong defensive unit.

Look no further than the Winnipeg Blue Bombers’ effort at the 107th Grey Cup presented by Shaw to see how crucial a stout defence is to lifting hardware at the end of the year.

There were a number of high-profile defensive additions made during free agency this year. Could they swing the power in the Canadian Football League in 2021? Only time will tell. But teams have made sure to shore up their respective units for a run at the Grey Cup this summer.

We’ve already taken a look at the offensive positional groups. Now, it’s time to turn the attention to the other side of the ball to look at which players could turn the tide, who could be a dark horse in 2021 and which units you should keep an eye on for the future.

RELATED
» Mock 2.o: Who will Hamilton take first?
» Ferguson: Which offensive positional groups are best?
» Stock Assessment: Is Hubbard the mystery of the draft? 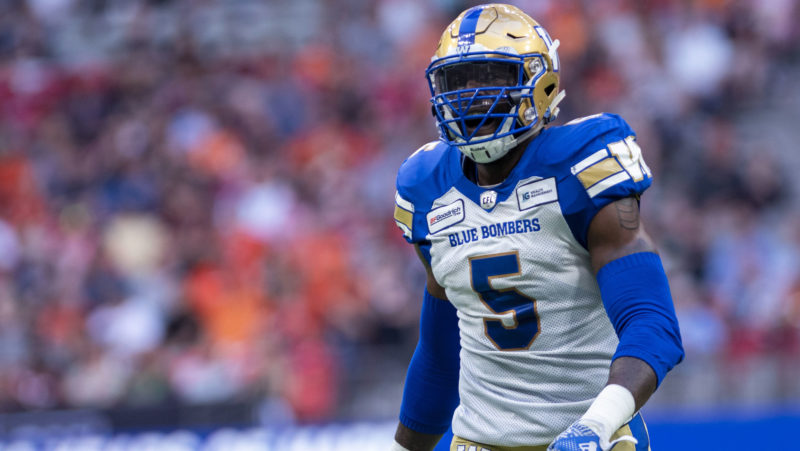 When you have Willie Jefferson dominating one-on-one matchups and finding ways to influence throws even when he doesn’t get home, there is always a chance you’ll have the best defensive line.

Add in Jackson Jeffcoat opposite and you get a race to the quarterback every 2nd & 7-plus while extremely underrated defensive tackle Steven Richardson patrols the interior with Jake Thomas and a rotation of the effective Bombers who feed off the attention required to block Jefferson and Jeffcoat.

It’s pretty difficult to not name Hamilton the pick here thanks to Ja’Gared Davis, Ted Laurent, and Dylan Wynn, but we just don’t know what a full season of Julian Howsare or Mason Bennett will look like as of yet, and the established complement of Jeffcoat and Jefferson outweighs that by the smallest of margins.

They don’t all make it to Week 1, but whoever does will be intriguing, and most importantly, an upgrade.

Nick Usher joins in free agency from Edmonton alongside Almondo Sewell to a group that showed great potential at the end of 2019. Can the momentum continue with these big names added?

Based strictly off the growth and development of Canadians Kwaku Boateng, Mathieu Betts, Nate Anderson, powerful Saskatchewan draftee Evan Machibroda and Alain Pae, a raw prospect out of Ottawa..

I just can’t wait to see what this talented group of Canadians can create and how many become real game-changers.

I think the world of Adam Bighill. That’s really all this comes down to. Depending on your opinion of Kyrie Wilson, there’s an argument to be made that Saskatchewan, Hamilton or Toronto now have the better group. But Bighill’s consistently perfect approach to linebacker play makes the Bombers my pick here.

After some time in Edmonton, a signing in Hamilton — where he never suited up thanks to COVID and time to get ready –I think Larry Dean is about to have one of the best seasons in recent memory for a CFL linebacker with a new team.

Yes, replacing Derrick Moncrief will be a priority at strong-side linebacker, but Dean will make up for some of that tackling production.

Getting the sense of a trend here?

Toronto was aggressive as any team in recent CFL free-agent history, adding Henoc Muamba and Cameron Judge. Will they become the game-changing duo many assume? Or will it take some time to find their chemistry and stride?

Simoni Lawrence is, and always will be an elite CFL linebacker. If Larry Dean and Rico Murray were still there, Hamilton would be the runaway pick, but one left for Regina and the other retired, leaving Simoni with former Bomber Jovan Santos-Knox, Michigan State standout Chris Frey and a variety of possibilities at strong-side linebacker.

I LOVE seeing teams invest in the CFL Draft at ‘unconventional’ positions. The Lions’ addition of Jordan Williams first overall in 2020 along with free-agent pickup Bo Lokombo from Montreal has me wondering what the group will look like in 3-5 years — and whether Toronto just slapped together the shortcut to what BC hopes to develop. 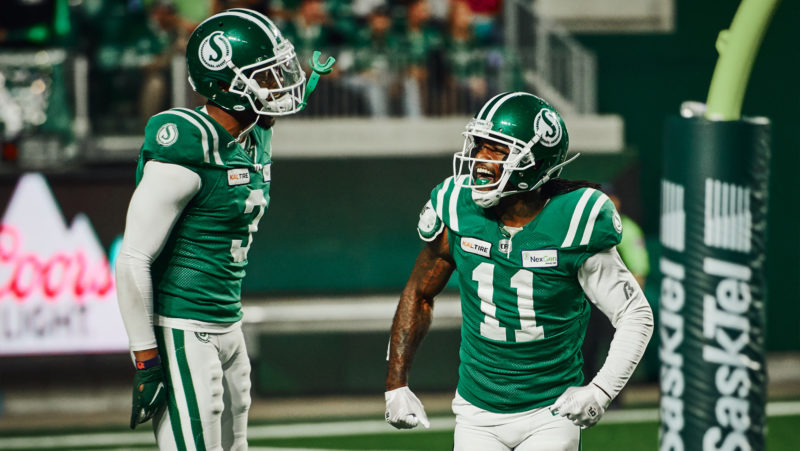 Similar to the linebacker discussion above, if Delvin Breaux remained in black and gold like Larry Dean, the Ticats would have made a lot of sense.

Now, there is some shuffling to do with Jumal Rolle or Ciante Evans likely sliding over. Still a great group, but weakened by the loss of one of the CFL’s best.

In these articles, a power shift has referred to big pick-ups in free agency, but not here. Tre Roberson was as good if not better at his job than anyone on a CFL field and his move to the Chicago Bears changed everything in the Stamps secondary.

How this group will come together, I’m not sure. But all the pieces are there to challenge Mitchell, Reilly, Collaros and Fajardo in the West.

Any time you’re trying to project who will have a great ‘unit’ years down the road, it’s tough. Especially at a position with as much volatile turnover as defensive back. With that said, The Alouettes got one of the most athletic ball hawks in recent memory when Danny Maciocia took former Carabins star Marc-Antoine Dequoy.

With the new power structure clearly prioritizing French Canadian talent in the draft and knowing how many great, long, athletic defensive backs come out of the RSEQ, I have to believe Montreal will – over time – build an exceptional Canadian core on the back end.