Cauz: A deep dive into the Argos’ draft process

Cauz: A deep dive into the Argos’ draft process

The CFL Draft is just days away and for the people in charge there has never been one as unique or as challenging as what 2021 will present.

Imagine being a scout and trying to get verified numbers from virtual combines or being in management and trying to put together an accurate draft big board. It’s a herculean effort in the best of times; now try doing it in the worst of times.

As someone who is obsessed with football drafts, the 2021 CFL version is wildly fascinating because of the onslaught of unknowns faced by nine different scouting departments. I wanted to get a glimpse of what life is like for a football team this time of year so I spoke with the Toronto Argonauts vice president of player personnel, John Murphy and the team’s director of Canadian scouting, Vince Magri. It was an interesting, wide-ranging conversation and I wanted to share some of the highlights to get you set for May 4.

MORE DRAFT COVERAGE
» Mock 2.0: Who will Hamilton choose first?
» Draft Tracker: Follow along on May 4
» O’Leary: Terrell Jana on 4 life-changing years at UVA 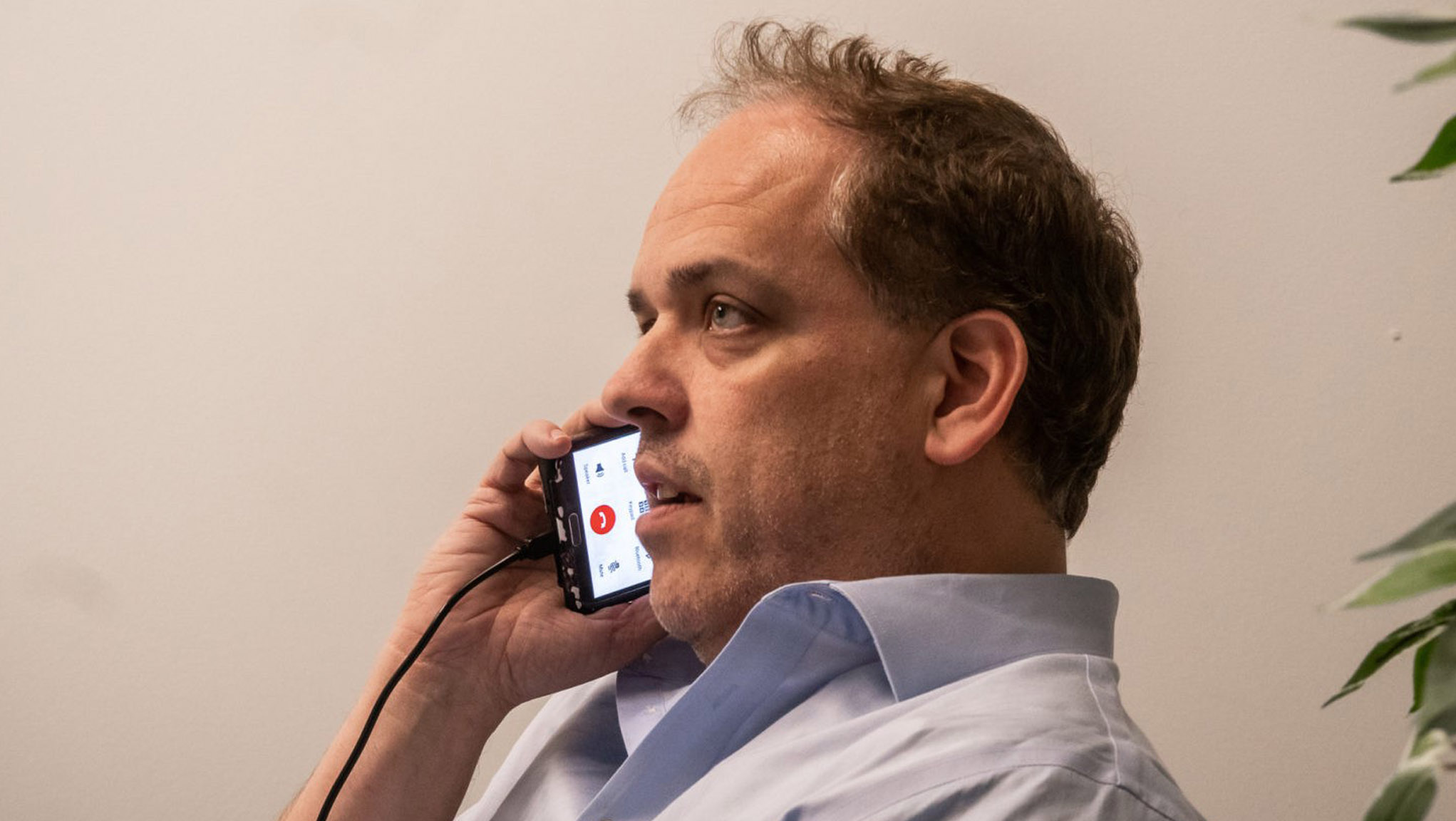 John Murphy, the Argos’ VP of player personnel, has put in tireless work to prep for the 2021 CFL Draft (Photo: Toronto Argonauts)

Before we go down this road let’s get to the obvious point. It is the players who have had to bear the brunt of going through an entire calendar year without any U SPORTS football. My heart goes out to all the young men who will never get this year back of their football lives. Throw in the negative impact its absence had on coaches and everyone involved in the game and it’s safe to say that the repercussions of this past year will be felt for ages.

The struggles manifest on both sides. For the players, they have been robbed of that final year of development, that critical senior season to work on technique while building up strength required to make it in the CFL. For the scouts they are relying on so much 2019 game tape, pouring over it like a JFK conspiracy theorist watching every frame of the Zapruder film.

The next step is the constant amount of communication between draft hopefuls and the teams. How are they doing? Are they staying in shape? What drills are they working on? There is no one path for the players to be ready for the big day. Some have set up their own home workout routine, others have personal trainers but the goal is the same, to convince teams they have done everything in their power to be ready to contribute.

For the scouts, its countless Zoom meetings and triple-checking the measurables to ensure that receiver prospect really did run a 4.4 40-yard dash. Another challenge is that you have to consider last year’s draft class that has not been able to play or properly develop within the Argonauts’ umbrella. How does a player you draft this year fit in with last year’s rookies? In a way, you’re assessing two years’ worth of rookies in the same draft. Throw in the Global Draft and there is so much juggling going on. Every pick has so many layers to it.

One point that Murphy stressed many times is that no one is using these disadvantages as an excuse for a poor draft. Every team has access to the exact same film that is available for everyone. No one has an upper hand. It still comes down to grinding out the work and doing your proper evaluations.

One challenge that must be so difficult and jarring for the scouts is lack of travel. So much of draft preparation has been done right inside Vince Magri’s Scarborough apartment. Wow, that must have been a cramped life. I feel claustrophobic when my girlfriend breaks out the Christmas decorations. Just imagine a condo packed with giant white boards ranking the top collegiate centres in Canada. 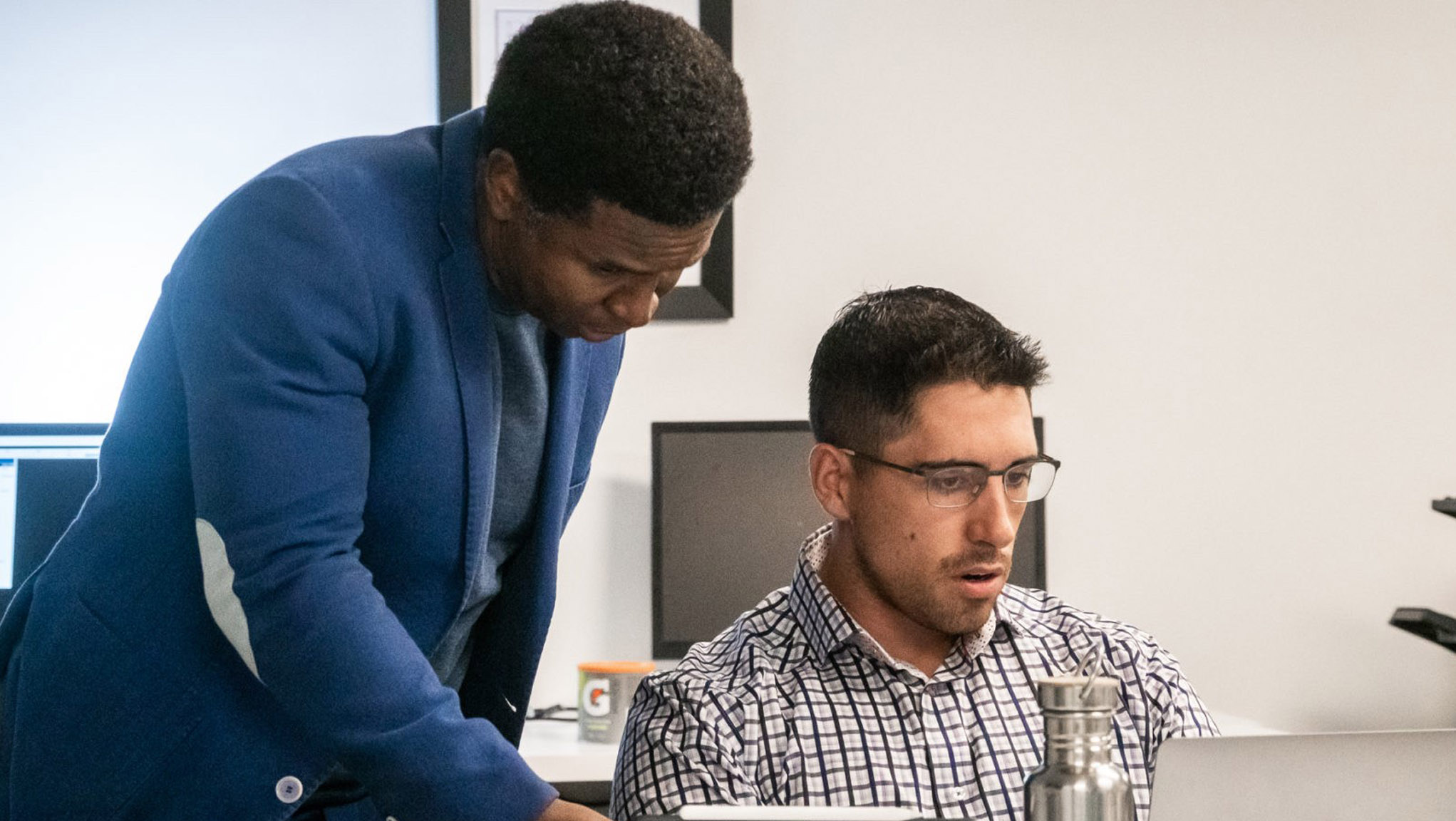 Vince Magri, the Argos’ director of Canadian scouting, has had to adapt to a 180 in the amount he’s travelled to get his intel on players over the last year (Photo: Toronto Argonauts)

I wonder how many scouts miss just being on the road? Typically, a scout will be living that bad motel life between two and three months per year. From NFL training camps, NCAA pro days, combine season to visiting every Canadian university, that is a lot of days living out of a suitcase. Yes, they won’t miss U.S. motels on 80-plus-degree days with no air conditioning, having to show up for a Miami Dolphins practice without checking in to your hotel after travelling for over five hours.

On the flipside, scouting gives you an opportunity to poke your head into so many interesting little nooks and crannies dotted throughout America. One of Magri’s highlights was driving around South Dakota while scouting Alex Singleton’s brother at Black Hill State. Vince fondly remembers driving through the town of Deadwood and visiting Mount Rushmore.

Overall, I think the hardest part of the draft process this year is not being able to meet the prospects in-person to be able to have face-to-face interviews with not only the players but their respective coaches. The draft is not just about picking players. This is essentially a company hiring future employees. For both John and Vince, culture is so critical. Are they bringing in players that best fit with the Argonauts culture? Are these collegiate players self-starters? Are they adaptable? How did they do against top competition?

You want to know as much about their personalities, as these potential future starters will represent your team, your culture and most importantly they will become a part of your community. Zoom meetings can only tell you so much so I totally understand the apprehension that must be going on right now. The stakes are so high, you don’t want to screw it up.

One idea that Murphy mentioned that I had never considered was the motivation for wanting to nail the draft. Obviously, it is for job security, for winning and come on, there has to be some ego involved. But what about what the team owes the players already on the roster? Murphy was very clear the players who have sacrificed so much, especially this past year to be ready to play, they deserve the best talent to be brought in, they deserve the best chance to win. For Murphy and his staff (and obviously for every organization) it is critical that the employees who lay it all out there on the field feel confident that the team has their back that they are doing everything in their power to get them to their ultimate football goals.

So, what about the draft philosophy of drafting “best player available” versus drafting for need? For Murphy it is less about adhering to one of those two beliefs and more about trust. You trust your big board because you know that Vince and his staff have put in the time; they have grinded out the 12-plus hour days going through every player evaluation. If the work has been done (and it has), then Murphy is comfortable allowing for a scout to be a tie breaker on a pick based on a specific trait that is standing out for one prospect.

One thing is clear: No player is ever judged by one bad game or one bad interview. The final decision is based on a much larger context of a player’s entre career to date. One geographical note I was unaware of: Around 80 to 85 per cent of Toronto’s Canadian talent emanates from three hours or less of a drive from BMO Field. This approach is common among the league’s top teams. It makes sense to focus on players close to home. Familiarity can make all the difference, as it is an easier sell for players who attempt to make it in the NFL but ultimately come back home.

I could easily make this a 3,000-word column, as both John and Vince were generous with their time and I did my best to keep up, transcribing our conversations. However, I will wrap it up with some of my favourite moments.

I enjoyed how quickly Vince said “no” to the question of, “Do you look at mock drafts?” So, what about the post-draft grades given out by media? Vince gave a long pause and said he’s more inclined to look at mock drafts rather than grades as it takes years to asses just how successful a team did on draft day. 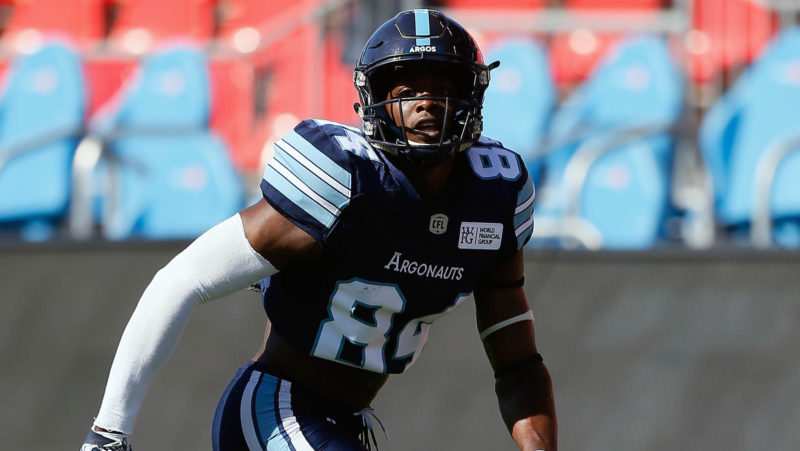 Llevi Noel (chosen 31st overall in 2016) is proof that you can’t evaluate a CFL team’s draft in the days after the selections have been made (John Sokolowski/Argonauts.ca)

Vince pointed out that in 2016 the team landed Jamal Campbell, Declan Cross and Llevi Noel in the third and fourth rounds and no one at the time could have known the team nailed three mid-round picks in a row.

John likes to read everything. He sees the fun in the mock drafts and draft grades and embraces the entertainment value they bring to the hard-core football fans. Clearly John is aware of all coverage as he specifically complimented the hard work done by Duane Ford over the years giving accurate football opinions based on analysis and not on fluff or trying to nail some mock draft. John also mentioned the work being done by our own Marshall Ferguson and John Hodge from 3DownNation. John appreciates the hype for the draft that can be created by these individuals.

Finally, I asked how much lying and smokescreens are going on this time of year from CFL general managers and owners.

“The likelihood is that 10 out of nine may as well be Pinocchio,” he said.

But what about Pinball? No way could Pinball ever lie!!