Terrell Jana excited for next chapter of football journey

Terrell Jana excited for next chapter of football journey

TORONTO — Terrell Jana has spent the last numbers of years of his life down in Virginia, which is a long way from his hometown of Vancouver, BC.

That time away has forced the receiver to grow and mature as an individual, especially over the last year, where he served as one of the captains for the University of Virginia’s football team as they and the rest of the world attempted to navigate a pandemic.

“We were trying to keep the morale of the team up. We were in 17 weeks of training camp because games get pushed back and there were always things going on,” Jana said.

Now that he’s shown his talent and leadership ability during his four years in the NCAA, Jana has the opportunity to take the next step in his journey and get selected by a team in the 2021 CFL Draft. 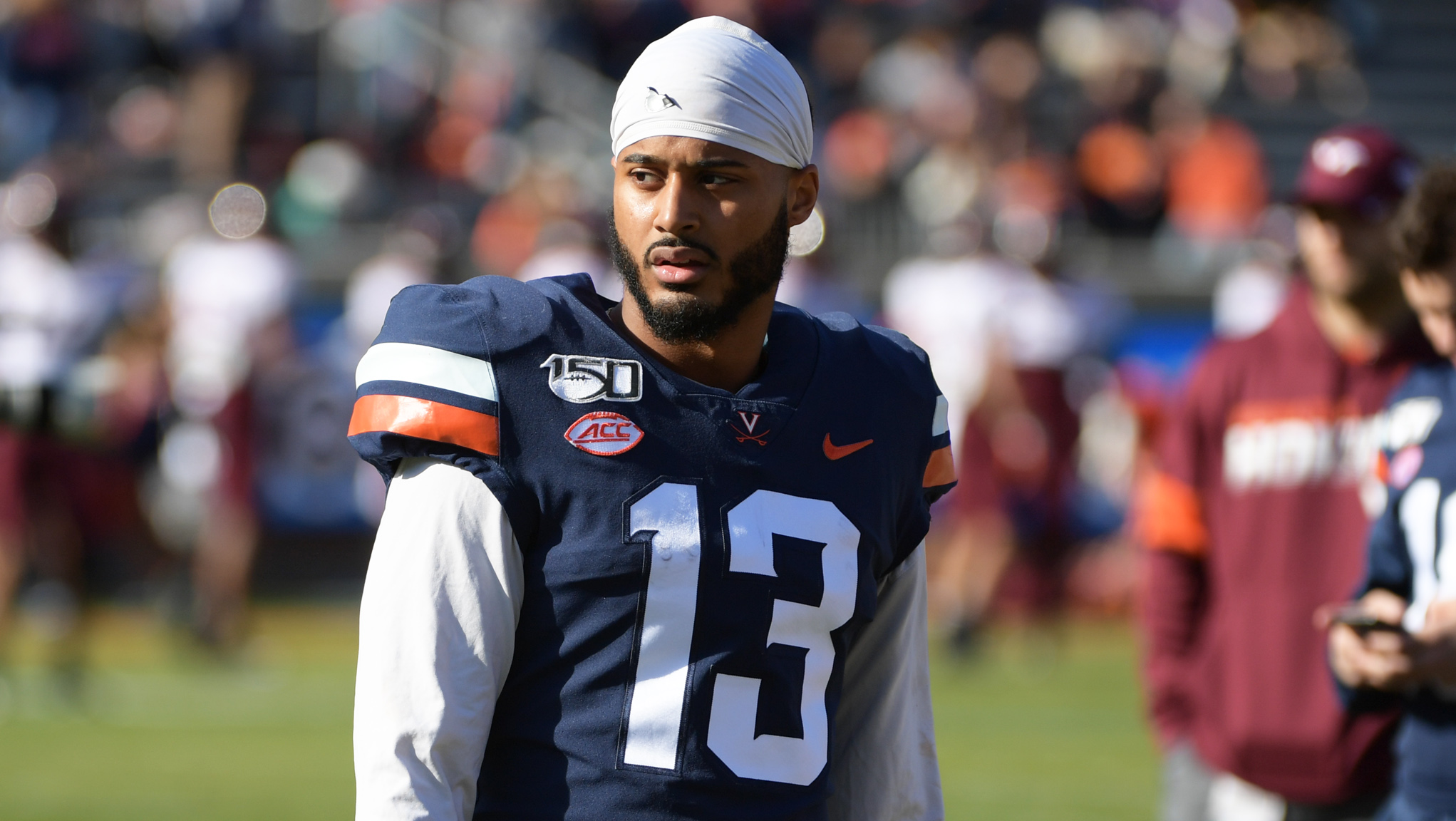 Jana would go down to the US and participate in camps when he was young, and at one of those camps, he connected with a quarterback who was going to a prep school in Virginia.

After a lot of convincing, his mother allowed him to go for a visit, and he made the switch to Woodberry Forest and re-class for his final two years of high school.

That helped him draw the attention of NCAA programs, and when it was time to commit, Jana had it narrowed down to Virginia, Wake Forest, Maryland, and Yale — he liked the idea of going to an Ivy League school.

He chose to stay in the state of Virginia and joined the Cavaliers in 2017.

“I wanted a big school and the coaches at UVA won me over,” Jana said. “That’s what it narrowed down to for me. It was definitely the academics and the coaching staff were one of the main reasons why I came here.”

During the 2019 season, Jana had the chance to play alongside a fellow Canadian in Pickering’s Dejon Brissett, who was taken second overall by Toronto in last year’s draft.

Brissett had transferred over for a redshirt senior season after spending his previous years at Richmond. Being in the same position room brought the two Canadians closer than ever.

“I think we just had that similar experience of going through high school or going through college as a Canadian. I think he and I proved a lot of things and had chips on our shoulders,” Jana said. “So that kind of grit and tenacity, we share. Overall, he’s just a great dude. It wasn’t a challenge at all to get along with him.

“It was awesome having him here that year. I wish he could have stayed longer, but he’s onto bigger things.”

Jana has also talked to Brissett about the draft process and what to expect. Because Brissett was unable to play his rookie year in 2020, they are in a similar position heading into this season so Jana is hoping that they can help each other navigate 2021 as rookies.

In 2020, Jana finished up his collegiate career. He appeared in 49 games over his four years with the program, reeling in 123 passes for 1,481 yards and five touchdowns. Jana currently sits 12th all-time in Cavaliers program history in career receptions and 17th in receiving yards.

He now has the opportunity to be selected in both the NFL and CFL Drafts, and if he makes it back to the CFL, it’ll be a homecoming after spending the majority of the last number of years.

“I’ve learned to appreciate my home. My family is there and the community in the CFL and the greater Canadian community appreciates (the Canadian game) for what it was and what it is,” Jana said. “So to move back to Canada, if it happens, I’m excited for it. Either way, to play a sport that you love and be able to get paid for it, I’m in a rare, unique situation that not a lot of people get to experience.

“So I’m thankful for it and I’m going to take every opportunity that comes my way. And playing in Canada again, I just miss certain things about it. Like I’ll be able to go and get Tim Horton’s, I’ll be able to just live in my community.

“I remember playing in a stadium when I was 10 or 11 years old for championships, and for me, that was the biggest thing in the world. When I think about playing at the highest level there now, I just never thought it would be something that would happen. I was just a kid playing football and that’s what it was for a long time. Now, these things have come into fruition and it’s pretty remarkable. I’m excited to keep this journey going and get the next chapter started.”