Chance of being drafted ‘surreal’ for Maine’s Stevens 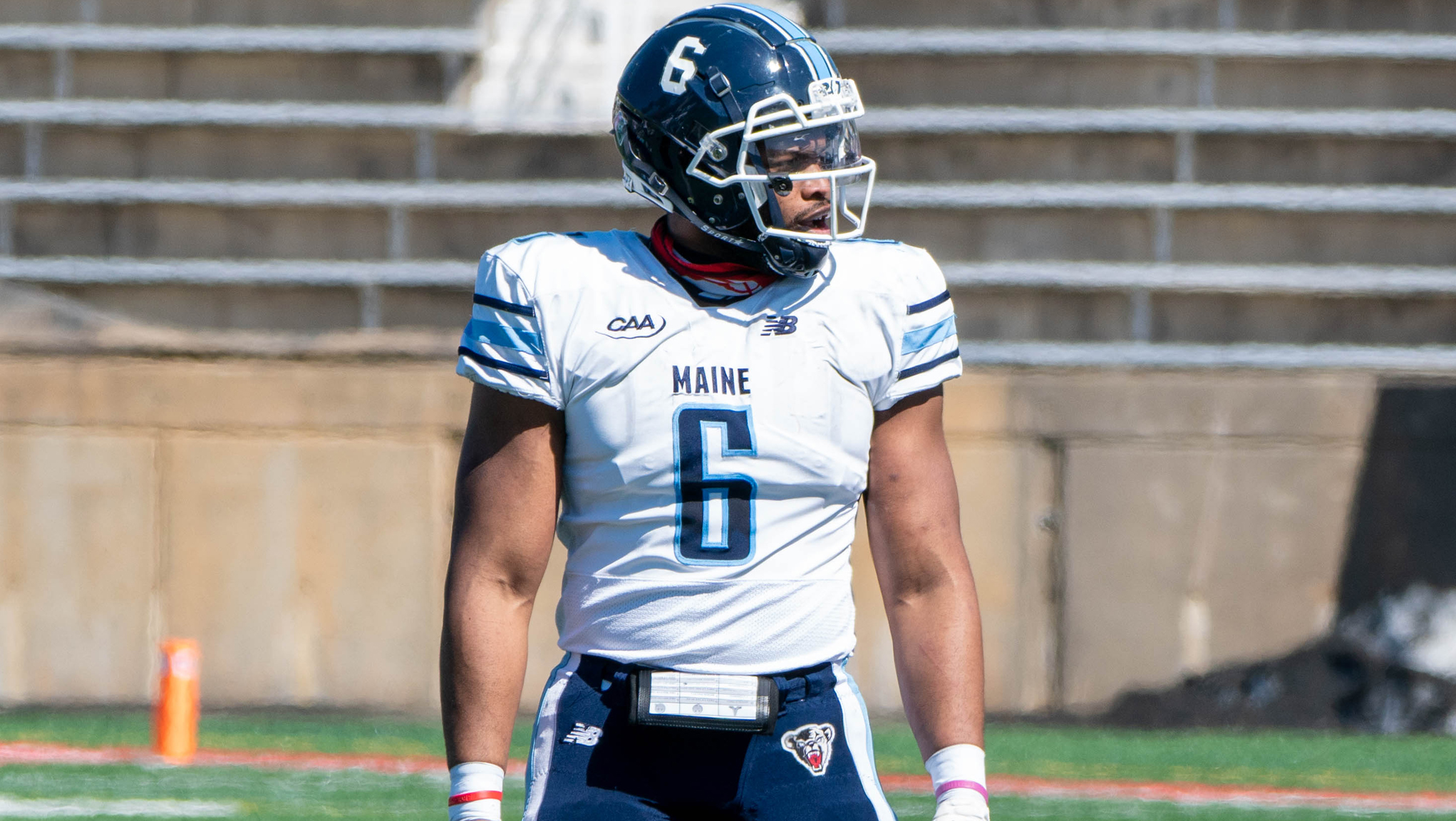 Chance of being drafted ‘surreal’ for Maine’s Stevens

TORONTO — Deshawn Stevens hadn’t considered a career as a professional football player, but after going to the Rogers Centre to watch Toronto Argonauts games as a kid, he found that drive to be out on the field, playing in front of packed crowds every week.

“We got to play in one of those halftime games on the field, and you never forget being on the field and seeing it,” Stevens said. “…Just being in that environment and see what it’s really like to be playing professionally here. You don’t forget those special feelings.

“…At the 100th Grey Cup, I was there that year because Metro (Toronto Wildcats) had something set up where we got to go volunteer and help set up the stadium. So having all of those experiences and having all those times back when you’re a kid, you don’t forget those moments. It showed me that this is what I could really attain and pursue down the line. Whether it’s here in Canada or elsewhere, I wanted to go for it.”

After spending so much time watching Canadian Football League games from the stands and the sidelines, the University of Maine linebacker now has the opportunity to make his dream a reality through the 2021 CFL Draft, where he’s one of the best players in the class at his position.

MORE DRAFT COVERAGE
» Mock 2.0: Who will Hamilton take first?
» Draft Tracker: Follow along on May 4
» Deane Leonard keeping his eyes on goal of playing in CFL 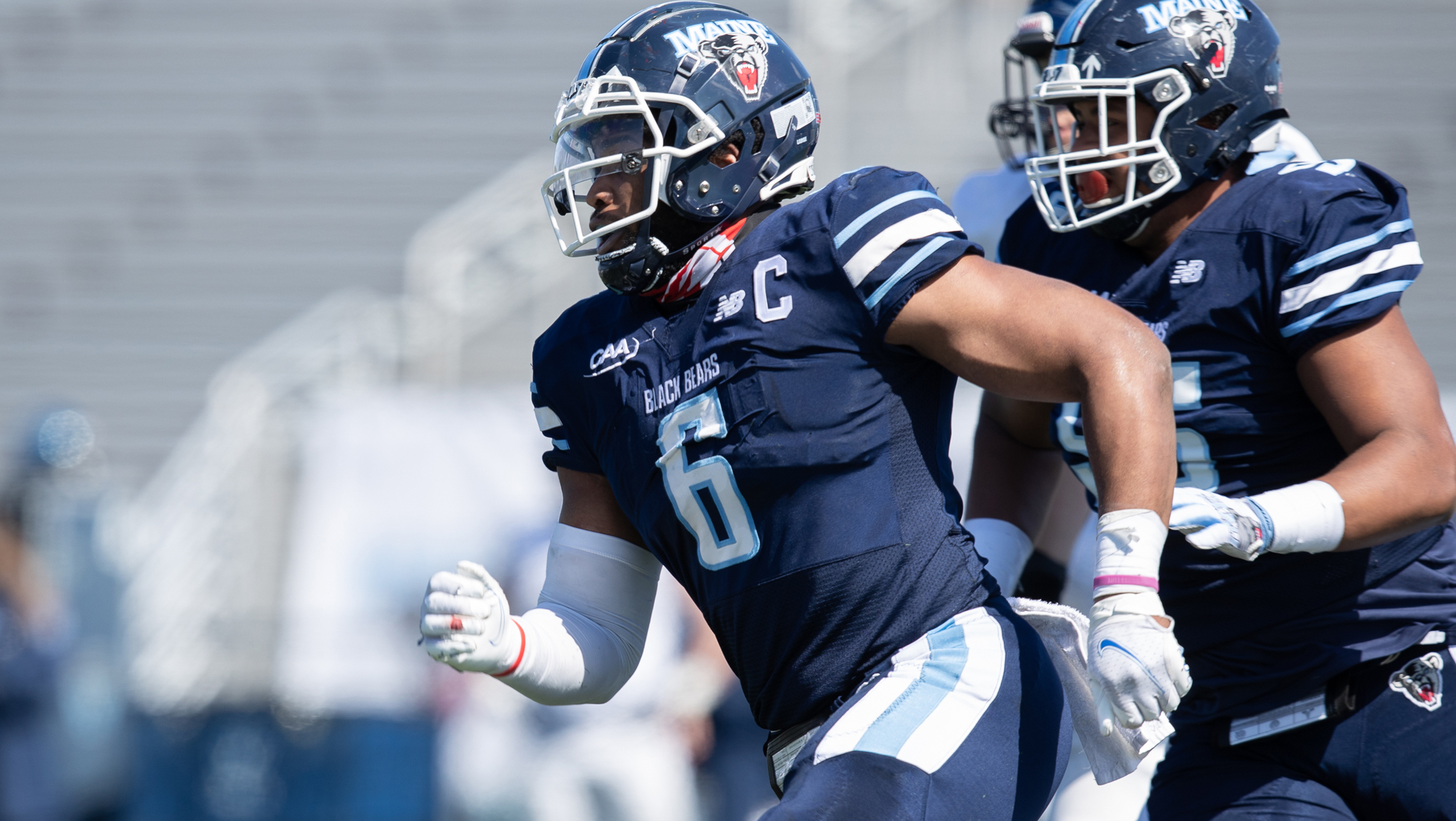 Deshawn Stevens is one of the top linebackers available in the 2021 CFL Draft. (University of Maine Athletics)

The Toronto, Ont., native began his journey at Don Bosco Catholic Secondary School before moving south and joining the Kent School in Connecticut for his final year of high school.

That helped him get on the radars of NCAA squads. His accolades with the Kent School, along with his accomplishments as a captain with the Canadian National Team, led him to commit to the University of Maine.

Throughout his career with the Black Bears, Stevens has been a big-time contributor. As a redshirt freshman in 2017, he finished fifth on the team with 50 tackles along with 4.5 tackles for loss, 2.5 sacks, and two forced fumbles.

His 2018 season was nothing short of spectacular, as he had a ridiculous 120 tackles, 17 tackles for loss, nine sacks, one interception, two pass breakups, one forced fumble, and two fumble recoveries.

He received the Walter Abbott award as the team’s Most Outstanding Defensive Player along with an All-CAA Second-Team selection.

Stevens was ready to top his gaudy numbers during the 2019 season, but it wouldn’t come to fruition. He suffered a season-ending Achilles injury in Maine’s opening game of the 2019 season against Sacred Heart.

“I felt like I was in the best form of my life going into that game,” Stevens said. “I remember being out there when it happened and just being on the ground. I felt powerless in a sense. I was the type to get up no matter what. That was probably the first time I couldn’t get up on my own. It’s just an awkward feeling and something you’re not comfortable with or used to.

“It wasn’t until this winter break where I found a great workout with people at LPS Athletics. Guys like Malcolm Carter and Fabion Foote — guys that were already in the CFL. They’ve been working hard for years and seeing them now compared to when I first met them, it’s remarkable seeing the hard work they put in to be the best athletes in the best shape they can be. I got in there and I followed their work ethic and I came back feeling like a new person again.”

Unfortunately for Stevens, the COVID-19 pandemic put another roadblock in his way, as Maine’s 2020 season was cancelled.

However, they did schedule a slate of games in the spring, where Stevens was able to get back out there with his teammates and get some games reps in following his injury.

In the four games played, Stevens continued to be a productive leader on the defensive end, leading the team with 36 tackles along with one pass breakup and a quarterback hurry.

“I found closure and I found joy, just being out there and playing the game again,” Stevens said. “We lost our first game 37-0…but I felt like, being a leader, I can’t go out there and mope or be too hard on (my teammates) because we’re losing. Each game just turned into how we could take the next step forward for ourselves, and those guys answered the bell, one way or another. I was just proud to be a leader and someone who could advocate the message to them, and they listened. They went above and beyond to hit those goals.

“So the spring season for me was something special. It was just a chance to go out there and represent me one more time. Just to be out there with the guys and see all the hard work they put in and the sacrifices through the COVID pandemic, it’s a testament to who they are and what this program has really endured.”

Following five years with the Maine program, Stevens announced on Thursday that he would be entering the NCAA transfer portal. He will be moving on to another program and returning to school to play in 2021.

Despite that, CFL teams should be jumping at the chance to land him. He could fill a number of holes and be a ratio-breaker at the linebacker position once he’s ready to make the jump to the pros.

The journey to the pro ranks has been a long one for Stevens, but on Tuesday, he has the chance to fulfill a lifelong goal of becoming a professional football player.

“That’s always been my dream,” Stevens said about the prospect of being selected. “Playing video games and seeing games on TV, I pictured myself in those same shoes with those same chances. But seeing it more and more as I’ve gotten older and being where I am right now, it’s kind of surreal; just knowing that I could actually be a CFL professional football player on Tuesday.

“It may not happen immediately, but regardless, I’m going to be a professional football player in the CFL.”