TORONTO — It’s been a unique year, and following free agency back in February, we are nearly ready to kick off the 2021 CFL Draft, which will mark the final marquee off-season event ahead of training camps opening across the Canadian Football League.

Now, each team will have a chance to make their selections to further solidify their respective rosters ahead of the start of the 2021 campaign. But without the ability to see the draftees in person this year, CFL.ca’s Marshall Ferguson is excited to see how everything shakes out on draft day.

“This is going to be so entertaining,” Ferguson said to Donnovan Bennett on the latest episode of The Waggle. “If we end up getting these groups in that are all coming at it from different perspectives and being able to attack it with their own signature. There’s a lot of potential, I think, for some exciting storylines from the draft onwards into the start of the season.”

MORE DRAFT COVERAGE
» CFL Scouting Bureau Rankings: Final rankings ahead of the CFL Draft
» Mock 2.0: Who will Hamilton take first?
» Draft Tracker: Follow along on May 4 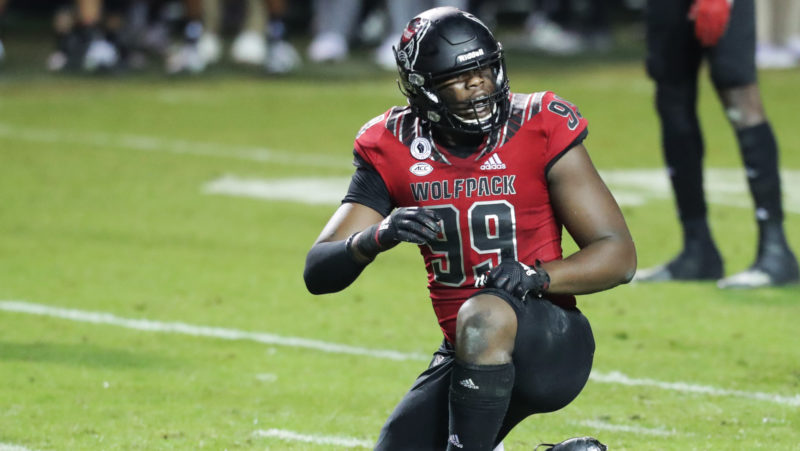 The major storyline surrounding the draft this year has been the dual classes of draft picks that will be coming into training camps for the nine CFL teams this year.

Because of the COVID-19 pandemic, the 2020 draft class was not only unable to play their rookie seasons, they also weren’t able to compete in camp to secure their respective spots on rosters. After sitting in on virtual meetings for the majority of the year, this year will be the first time many of those draftees will have the chance to play with their teammates.

“You also have to factor in if there’s going to be limits on training camp sizes. Does that mean you actually have to select who you’re bringing into a camp? How many guys are you going to want in camp?” Ferguson said. “Let’s say we get a shorter training camp…do you really want to bring in a 20-person draft class knowing you’re probably only going to be able to keep five to six maximum on your roster, including practice roster?

“…I think that’s going to be the biggest change we’ll see; a 2021 U SPORTS season that has more talent in it from the CFL draft perspective than we’ve had in recent years.”

There’s definitely some additional game planning and strategizing within each front office heading into this draft. There are a number of big-name National NCAA prospects in this draft, and a number of them have the ability to return to their schools if they so choose.

Some teams could be implementing a strategy that sees them take some high-quality players for the future in order to stash them and bring them into the fold in the coming year or two. That would allow them the opportunity to give their 2020 class a chance to play and go for roster positions for this coming season.

Regardless of how teams go about it come May 4, this is an extremely solid class that could see some instant impact players come out of it.

“I think at the start of all of this, there was a genuine fear among a lot of teams in the CFL that there were going to be so many opt-outs that the draft pool would be really weak, but this is a really talented draft class,” Ferguson said. “…I think what you’re going to end up having is a group that, even if they opted out and go back, they’re going to make next year’s draft class that much more entertaining.”

We have just a few more days to go until Hamilton is officially on the clock, and when the 2021 CFL Draft kicks off, we’ll have one of the most interesting iterations in the league’s history on our hands.