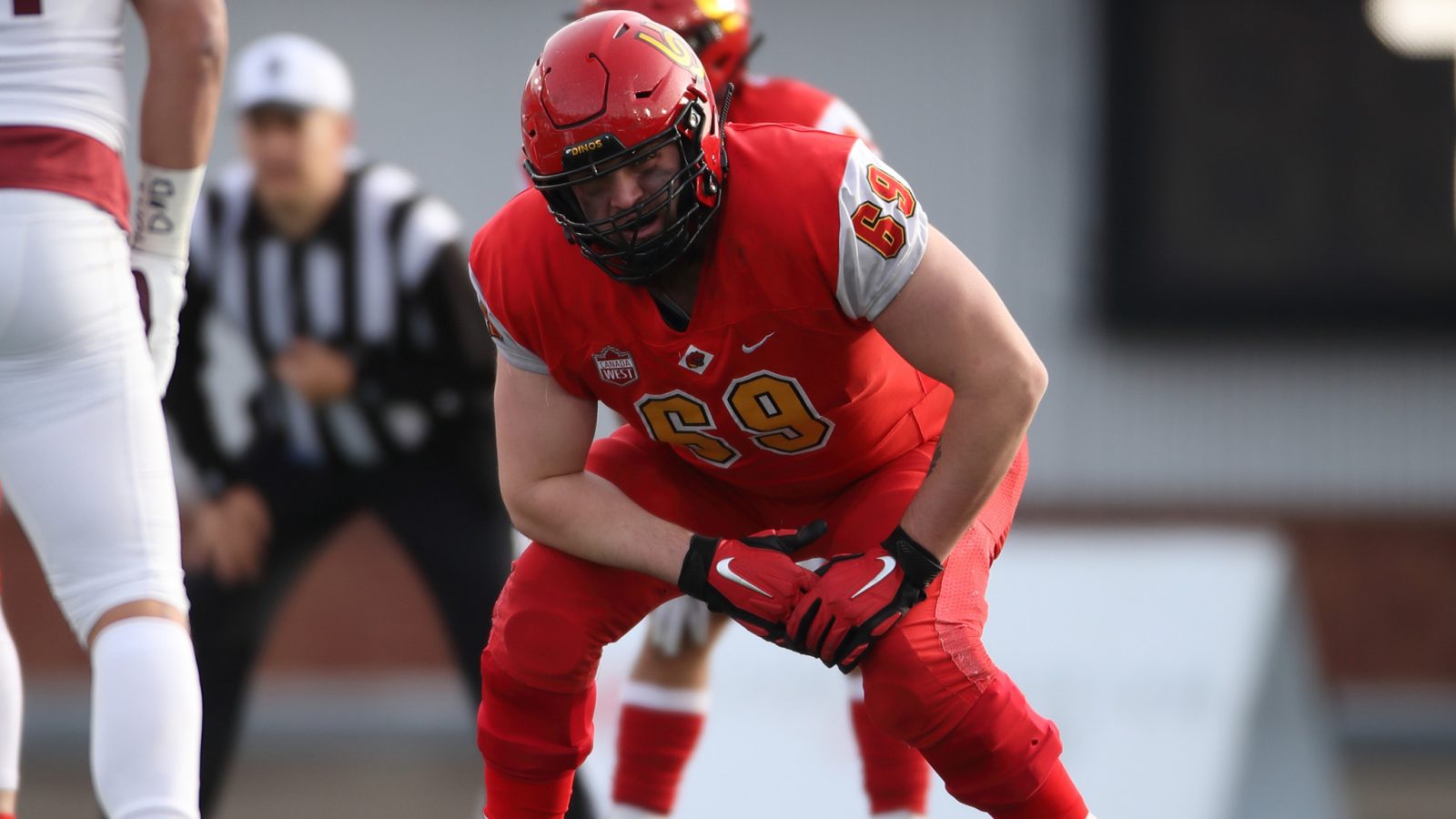 This might be my favourite stretch of the entire off-season. Welcome to 2021 CFL Draft week, which shapes up to be the most fascinating draft in league history. This year’s event wraps up a stretch of intrigue that was made more clear over the weekend, but won’t be definitive until Tuesday night.

For football nerds like us, this is off-season heaven. As per usual, the three-day NFL Draft extravaganza kicked things off over the weekend. And, as per usual, that league’s draft and subsequent signings will make a significant impact on the CFL Draft order a few days later. That will likely be more the case in 2021 than ever before, in fact.

A record-tying four Canadian players were selected over the weekend in the NFL, which is awesome. All four players were ranked in the top six when the CFL Scouting Bureau released their final rankings early last week. And, as a result, all four will likely fall down Tuesday’s draft order compared to their talent and ranking.

MORE DRAFT COVERAGE
» Mock 2.0: Who will Hamilton take first overall?
» Draft Tracker: Follow along on May 4
» Chance of being drafted ‘surreal’ for Maine’s Stevens

Oregon defensive back Jevon Holland was first off the board, going 36th overall to the Miami Dolphins on Friday night. The Coquitlam product jumped from fifth to third on the Scouting Bureau’s final rankings and, at 36th overall, is one of the highest ever Canadians picked at the NFL Draft.

So, despite their high rankings, it’s a guarantee all four players will noticeably fall down the CFL Draft order. After all, NFL teams have invested a valuable pick in these players, which means their Canadian availability is significantly delayed at best.

Last year’s CFL Draft was a perfect example. Top ranked prospect Neville Gallimore was a Dallas Cowboys third round pick, dropping him to an eighth round pick of the Saskatchewan Roughriders a few days later. Then there was second-ranked Chase Claypool, who didn’t even get selected in last year’s CFL Draft after going in the second round to the Pittsburgh Steelers. Both guys had pretty solid rookie NFL seasons, too.

This is where things get really interesting, as free agent contracts are far less guaranteed south of the border. As such, players in this situation don’t typically fall down the CFL Draft board as much as drafted players. 2019 is another great example.

Laval defensive lineman Mathieu Betts finished on top of the Scouting Bureau’s final rankings that year and signed with the Chicago Bears after the NFL Draft. That didn’t seem to deter Edmonton, though, who still selected Betts third overall a few days later. That turned out to be a pretty solid gamble (more on that later).

So where does this all leave us leading into Tuesday? Well, Marshall Ferguson’s Mock Draft 2.0 from last week had a pretty good handle on things, even before the NFL Draft got started. Ferg has North Carolina State defensive lineman Daniel Joseph going first overall to Hamilton after dropping to 13th in this year’s final rankings.

As of this publish date, Joseph hasn’t signed up anywhere south of the border. Neither have top offensive line prospects like Sage Doxtater (New Mexico State), Mohamed Diallo (Central Michigan), Liam Dobson (Maine), or Logan Bandy (Calgary). As we know, linemen are usually in high demand at the top of the CFL Draft.

We’ve only ever seen four players selected in the NFL on one other occasion, back in 2014. This was already going to be an unprecedented CFL Draft coming off a 2020 Canadian football calendar severely impacted by Covid. With four of the top ranked prospects falling way down the board, though, Tuesday’s draft order is going to be one of the most fascinating ever.

A lot of the time players selected in the CFL Draft don’t make immediate impacts, but 2019 is a strong example of how that isn’t always the case. In fact, the 2019 first round saw a number of players make big time impacts on their team almost right from the get-go.

First overall pick Shane Richards was an opening day starter on Toronto’s offensive line and ended up getting into eight games in his rookie season, limited by an early season injury. Eighth overall pick Hergy Mayala looked like an emerging superstar with the Stampeders in the second half of the season.

And then there was Winnipeg’s draft work, which was almost unfair. The Blue Bombers had two picks in the first round, and both made big impacts en route to winning the 107th Grey Cup. Fourth overall pick Drew Desjarlais dressed all season and was the team’s starting left guard from Week 11 on.

Jonathan Kongbo, picked immediately after at number five, really came on in the second half of the season after starting the year hurt. He racked up one of Winnipeg’s three sacks in the Western Final against Saskatchewan before signing with San Francisco the following off-season.

And then there’s the aforementioned Betts. After being a late cut at Bears training camp, he signed with Edmonton and made an immediate impact by racking up a sack in each of his first two CFL games. With his mix of speed and strength, Edmonton has to be elated they took the risk of using their first pick on him.