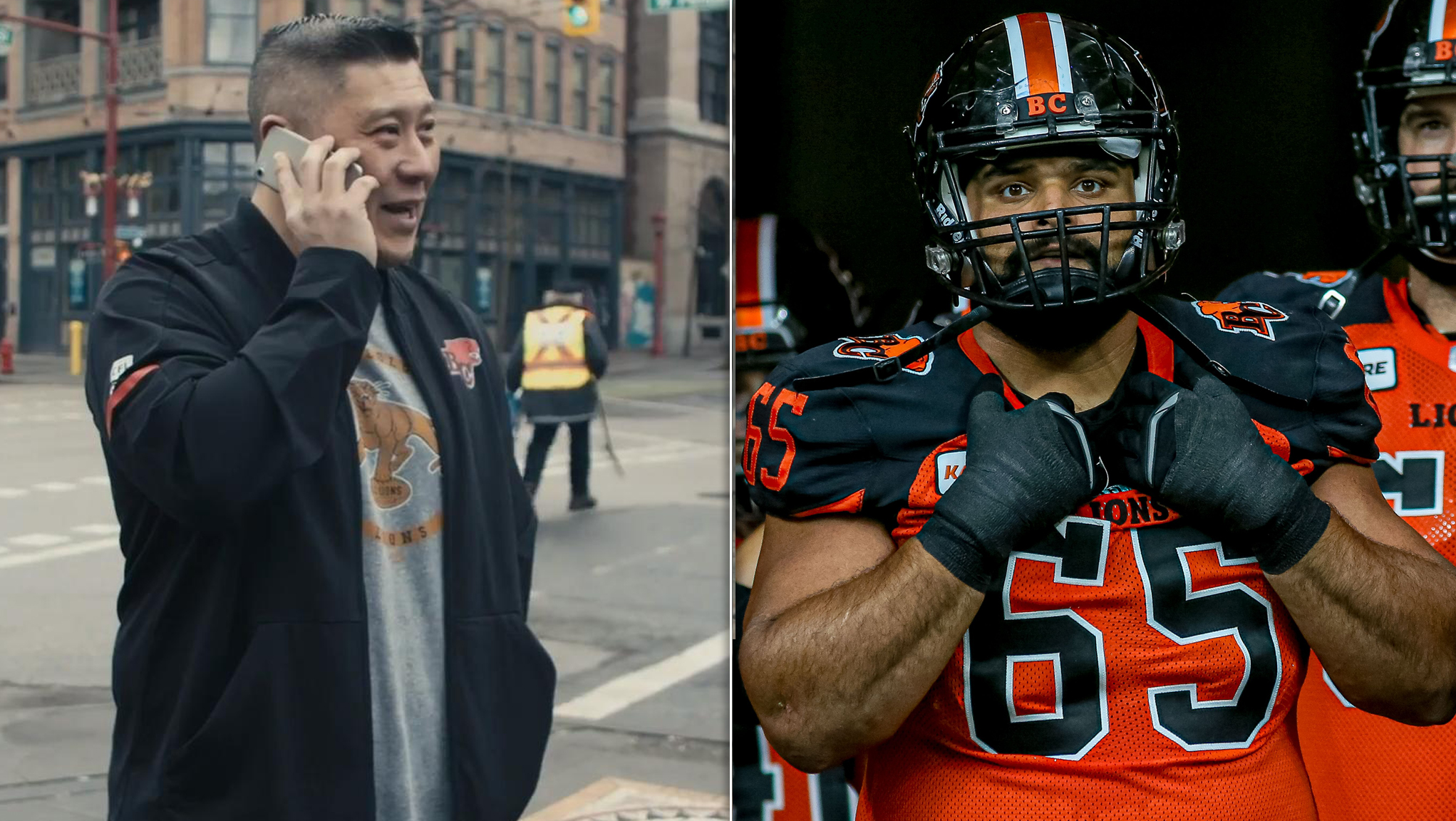 In honour of Asian History Month in Canada, BCLions.com caught up with two CFL figures that know all about overcoming barriers. To grow the game of football, long-time CFL centre and former Lions offensive line coach Bryan Chiu and current BC Lions guard Sukh Chungh both believe that change should start within our own community — it’s time to erase the stigma of race within sports.

Although they are glad to see a more diverse demographic playing football in BC, there’s still much work to be done.

Chiu, the Vancouver native, was a 13-year veteran for the Montreal Alouettes from 1997 to 2009. He still remembered a time when he played at Pacific University and then Washington State University in the ’90s. He was one of the very few Asian players in football.

“It was hard, but at the same time I was very proud of what I represented in and being able to represent my heritage, and letting the younger kids know that they can do it too,” Chiu said.

The month of May is Asian Heritage Month in Canada. This year’s theme is, “Recognition, Resilience and Resolve,” according to the Government of Canada. Yet, it’s not a celebration with festivities. It’s the recognition of Asian descents that endeavoured to overcome hardships and turned their struggles into success. Over this past year, the world may be filled with hatred and violence, but there are still people out there striving to make a change.

RELATED
» It’s time to hear our story: Bryan Chiu on anti-Asian racism
» Chungh is ready to get physical again in 2021
» Homegrown Hladik ready to jump to the Lions 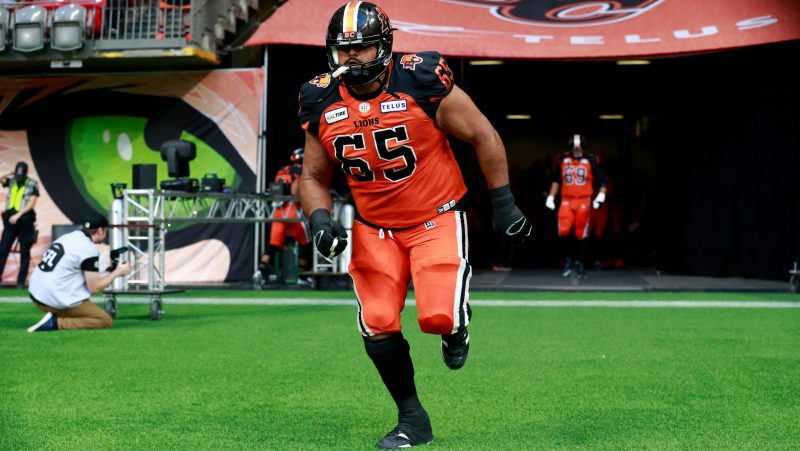 Chungh, the Port Coquitlam native, takes pride in being a role model for many South Asian youngsters. Besides working and training for the 2021 season, he has been an active member of the Lions’ community projects such as the Be More Than A Bystander campaign and more recently a youth football program with the club to encourage more youths to try football and helping them stay away from trouble.

“We are currently working with a group of kids from four different schools twice a week. We’re showing them the power of sports, the power of choice and coming out to learn new skills of football. Showing them the basics and giving them a little talk in the end about the choices they can make,” Chungh said.

“Right now, it’s a wild time with all this gang violence going on. We try to influence these kids to stay away from those kinds of things. If they’re dealing with troubles, we have counsellors there to talk to them. It’s a great way to give back to the community and help these people that are more troubled than most people.” 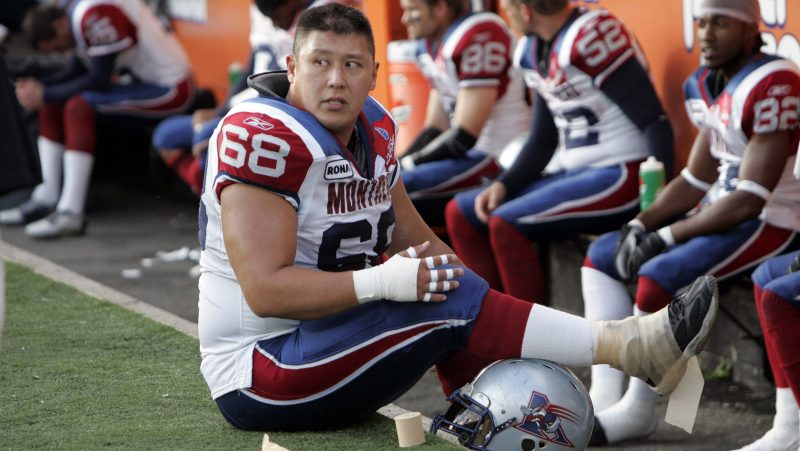 Chiu, seen here in his playing days with the Montreal Alouettes, remembers those teams as an example of the way the game can bridge cultural divides (Photo: The Canadian Press)

A lot has changed since Chiu’s playing days in the ’90s, as people are more increasingly aware to not racially profile other human beings.

But in a group setting, camaraderie is the foundation of a successful team. As nicknames are often passed around inside the locker room, names associated with race and stereotypes circulate within the team. Right or wrong, there’s something much more at stake for these athletes — at least for Chiu.

“(Names) like Chinaman, sumo and this. But it’s funny because it’s never an insulting thing. I don’t know many people can understand that outside of the sports locker room because as much as they gave it to me, I gave it right back to them. It’s honestly like a family; brothers and sisters fighting with each other. It’s all good. But you just can’t take that outside the locker room,” he added.

It was hard for Chiu because he was one of the few to break barriers from his traditional Chinese family and to be one of the few Asian athletes to have success in the sport.

Growing up, Chiu’s mom saw football as a violent game. Like many Asian parents, they want their kids to only value education. As Chiu indicated, that is still the case today while coaching youths and it might be one of the reasons that are holding Asian kids back.

“It’s a stigma that even our own people put on ourselves. That’s the hardest part, is to break that stereotype of who we are and what we’re capable of. Because I think it actually hurts the younger generations when we put those labels on ourselves,” he said.

Chiu isn’t saying to abandon education completely, as he has also seen young players who chose to bank everything on football and it led to a dead-end when things didn’t go as planned.

“There’s some merit in that football is only going to take you so far. Your degree and your education are going to be with you forever. I do believe a part of it. At the end of the day, I think there’s a fine line of letting out kids play any sport they want. As long as they’re active, it doesn’t matter,” he said.

He was caught in the middle of both worlds and juggling in between Asian stereotypes. To become an integral offensive lineman, Chiu had to put on weight for football. But in mainstream culture and some Asian culture, big people are deemed as unattractive and frowned upon. As a kid, Chiu had himself a Cantonese nickname that directly translates to ‘fat boy’ in English.

“I honestly believe there’s something to it. You could call a kid that when he’s born and he’s going to become that,” Chiu laughed.

“I’ll go out with my mom or my aunts or whatnot. I can hear people talking about me. Like, I look at them, what’s the point? Why you are so worried about what I’m doing? That’s one thing I’d like us Asians to change, is instead of looking down at each other, let’s empower each other,” he said.

Chiu eventually persuaded his mom to let him play at Vancouver College. He then spent a few years at Pacific University, then transferred to Washington State, where he started 11 games for the Cougars. He was drafted by the Montreal Alouettes in 1996 but he promised his mom he’d finish his degree before playing in his first season in the CFL. A year later, Chiu earned his degree in sports management and was on his way to Montreal.

“I think people had no idea who I was. I don’t even know if they knew what position I played. Seriously, I think they had me as a defensive tackle or something. I honestly didn’t expect to be there too long,” he recalled.

There were times where fans went up to Chiu and attacked him verbally, saying “Asians shouldn’t be playing football” or “go back to where you came from.” He still vividly remembers that one high school teacher who told him he was never going to make it in football.

But it paid off in the end after more than two decades of playing and coaching in the CFL. He’s a three-time Grey Cup champion, winning two as a player and one as an offensive line coach. He’s also a six-time CFL All-Star and was named the league’s Most Outstanding Offensive Lineman in 2002. 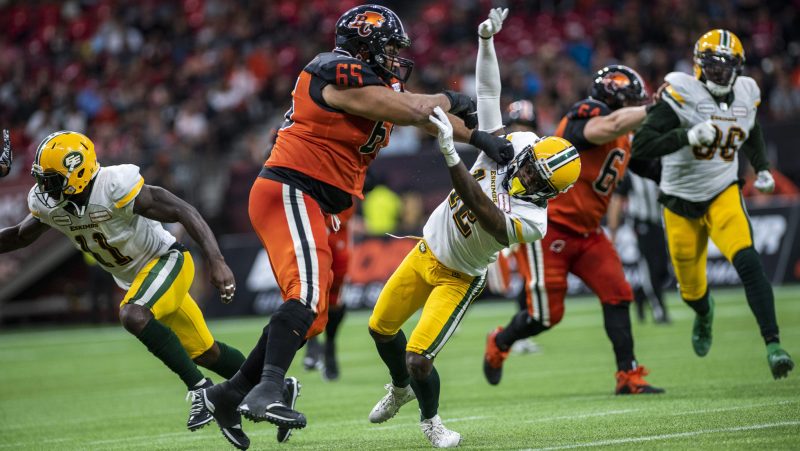 Chungh believes in an athlete’s right to speak out for equality and to raise awareness against racism (Photo: Jimmy Jeong/The Canadian Press)

In these unprecedented times, many athletes are using their platforms to shed more light on specific conversations such as race, politics, and social justice. Chiu and Chungh believe that athletes should have the right to speak out to raise awareness.

Chungh said he’s very fortunate that he grew up in a diverse community like Vancouver. Every team and coach he played for gave him an opportunity. If it was about skin colour, he chose to look past it. Because as competitive as he already is, Chungh knows he’s one of the few South Asians to have ever played in the CFL. Bringing pride to his community just serves as extra motivation.

“Any of those people using their platforms to bring awareness to this topic, I think it’s a good idea. I grew up around everyone and I have a diverse group of friends. I know it’s crazier in the States, but here it happens too,” Chungh added.

The 29-year-old lineman who will be entering his sixth season in the CFL says the reason why he started playing was that he was accepted by his peers being on a team, where he had to be unselfish and be on the same page as everyone else.

Chungh has already seen a lot of diversity in football since he started playing. Still, he wants to encourage more youths to join the community.

“If you like it or not, it’s not going to hurt you for trying a new sport. Talent comes in many forms. You can’t judge talent just based on what the prototype is,” he said.

“Football is definitely growing, and I like to see it.”