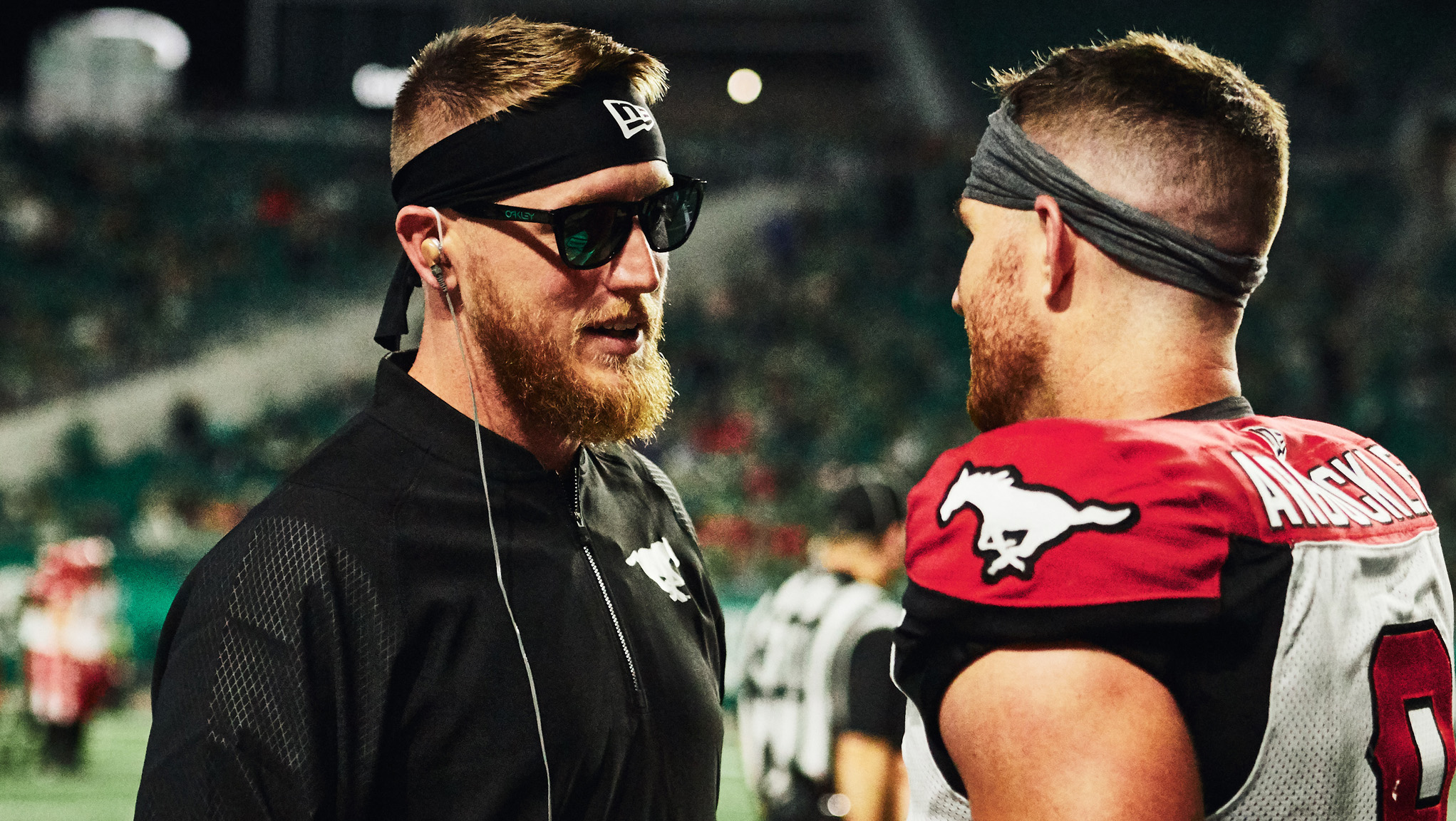 There is no position in sports quite like quarterback.

The singularity of the role, pressure of the spotlight and scarcity of opportunity all combine in some magical, unknown equation that makes us obsessed with the men behind centre.

There are numerous ways to play the position and endless different ways to become a pro football quarterback, but the reality is that being atop a depth chart, to be known as QB No. 1, comes with a certain sense of accomplishment.

You don’t have to be a math major to understand that thousands of athletes who do what you do are being produced every year with the goal of taking your job. The natural life cycle of quarterbacking is worthy of a David Attenborough narrated Netflix special.

“Watch here, as the young buck full of promise and often unwarranted self belief observes the savvy veteran from afar, stalking his prey until the time is right and he must pounce to feed his family.”

The facts of quarterbacking include, but are not limited to:

So the question becomes, what happens when you evolve from the hunter to the hunted?

To answer this I went to one of the great young hunters, perhaps a hungrier predator than we’ve ever seen before who came, claimed, and has been standing at or near the top of his kingdom for nearly a decade now.

When Bo Levi Mitchell arrived in the CFL he was a skinny kid from Eastern Washington by way of SMU and Katy High School. He had veteran Kevin Glenn and incumbent starter Drew Tate ahead of him on the depth chart and quickly told then Head Coach John Hufnagel, “I’m coming for him.”

In his search for wisdom, Mitchell asked around to other young arms about the tricky dynamic of working within a quarterback room while trying to conquer it. What he found was an answer that shaped his opinion of how starting quarterbacks should operate in this chaotic civility.

“I talked to other QBs from other teams that had legends on their team and I won’t mention names but I’d ask, ‘hey, how was it working with him?’ And they’d say, ‘he wouldn’t help you, he wouldn’t even talk to you if you’re a rookie,'” said Mitchell. “I remember that moment and who that was about and I was like, okay, I’m never going to do that. When Nick Arbuckle came a couple years ago, he got cut then Dave fought for him to come back and the first time he was here I didn’t pay much attention but if he asked me a question I’d help or what not.

“When he came back I was like, okay Dave obviously sees something in this guy so I need to change my mindset of what I think of him. He’s asking questions like, ‘Hey Bo, what time do you get to the stadium?’ (and I’d say) ‘You know I leave the house at 4:30, get there at 5:00’ and the next day he’ll be there at 4:50. At first I was like, ugh, Nick don’t be that guy, but then I was like, if that’s you, be you. That’s what’s most important. I had to change my mindset about how I thought of Nick and I said I was never going to be that guy to not help so I need to help this guy as much as I possibly can. Look at him now, not to my credit, to Dave and (Ryan) Dinwiddie and what Nick has done for himself, his story is amazing.”

Anyone who watched Bo and Nick’s on-field interactions in 2019 could see the competition came from a genuine place of wanting to be their respective best at the game they love, but the respect they gave each other is what separates the situation from so many others we’ve seen.

Icy press conferences, awkward sideline moments and reported rifts are all standard parts of a quarterback competition when two personalities that don’t mix well get thrown in the same room with the promise to both lead the team.

How Head Coach Dave Dickenson and – then – Calgary Offensive Coordinator Ryan Dinwiddie manoeuvred the Arbuckle and Mitchell year reads like a Bill Walsh handbook on maximizing talent without creating tension.

If you look around the CFL in 2021 there are predominately veteran quarterbacks who – at face value here in mid-May – appear unchallenged for their starting role. 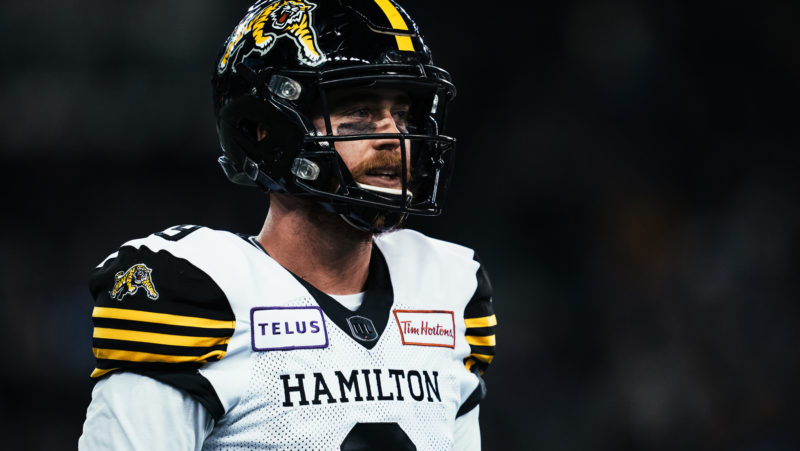 Mike Reilly, Trevor Harris, Bo Levi Mitchell, Zach Collaros and Matt Nichols all have lesser known backups with limited experience standing behind them in pre-game introductions while Cody Fajardo, Nick Arbuckle and Vernon Adams Jr. have themselves on solid footing despite having considerably less time at the helm of a CFL offence.

This season, the situation most comparable to Mitchell and Arbuckle in 2019 is undoubtedly in Hamilton where the Ticats house two starting caliber quarterbacks in talented upstart Dane Evans and battle-tested veteran Jeremiah Masoli, but don’t expect any fireworks.

When Manziel was a Tiger-Cat it was Evans, not the Heisman trophy winner, who spent early mornings and late nights at Tim Hortons Field. If you’ve ever been to a Hamilton game early, it’s Masoli and Evans working through a particularly scripted warm up progression, each taking turns playing receiver for one another.

The respect is there, the competition is invited, but the reality remains there is only one job available. There’s nothing quite like it in a normal year but add in a pandemic-shortened season in a year Hamilton hosts the Grey Cup?

All that’s left to do is sit back, put the nature channel on each week and enjoy the hunt of Evans and his fresh-faced contemporaries as they attempt to claim what they believe to be rightfully theirs: a chance to lead a CFL franchise like Bo Levi Mitchell has so successfully for nearly ten years.