Cauz: No tanking needed for CFL teams to capture stars 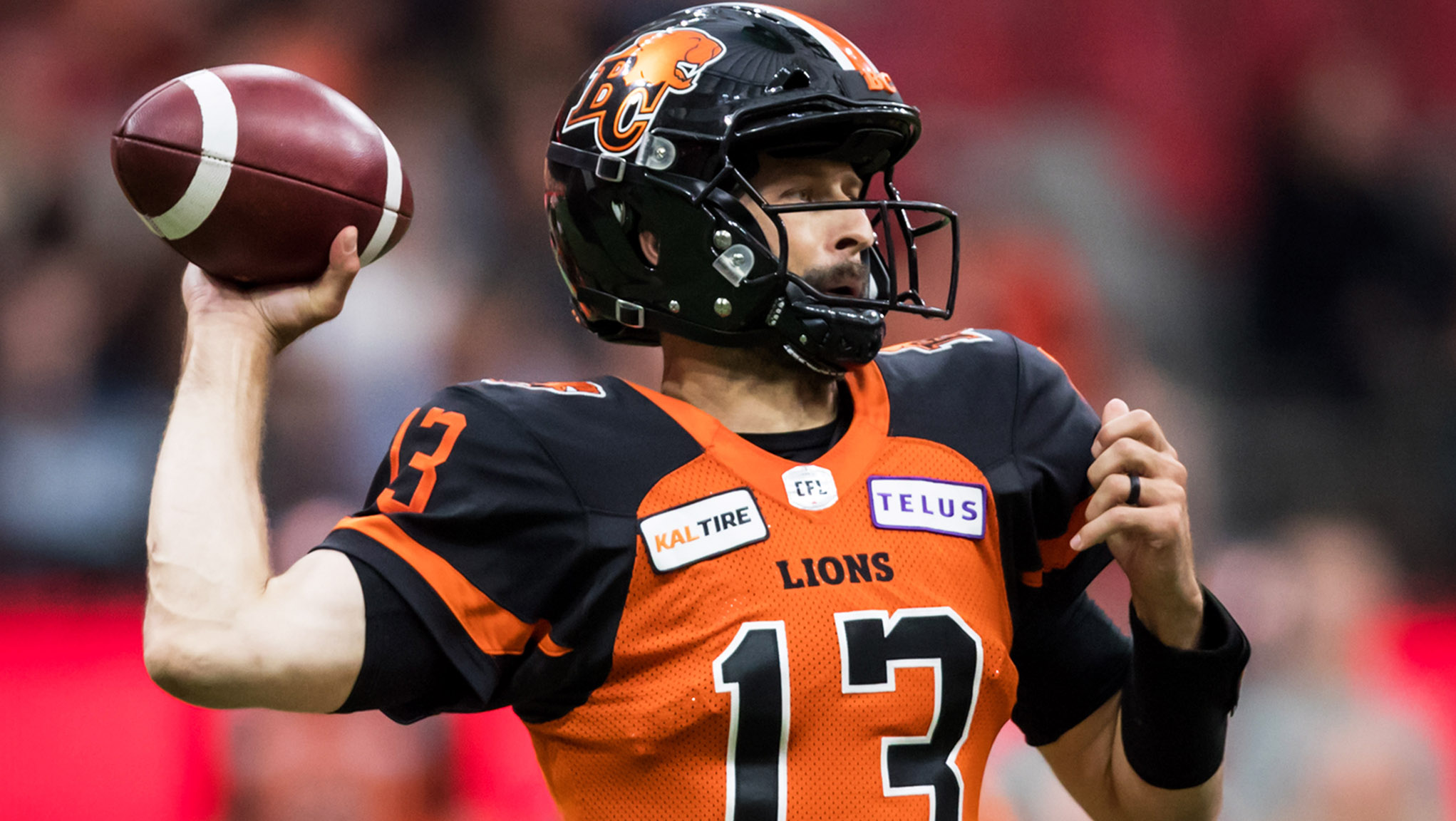 Cauz: No tanking needed for CFL teams to capture stars

It has been a difficult year to root for Canada’s basketball team. Between not having them to cheer for in Toronto, to COVID wiping out the month of March to missing the playoffs, it was not exactly a banner year for the Toronto Raptors.

For the first time in nearly a decade being a Toronto basketball fan meant having to endure the predictable tank job that is so much a part of the fabric of the NBA. I understand that is the nature of a sport that incentives losing but it was jarring nonetheless to see the organization not actively trying to win every night. The worst part was knowing that the GROAT (Greatest Raptor of All-Time) Kyle Lowry was fully healthy but the team kept him off the court for fear he may actually help the team win a game or two.

I bring this up because watching the final game of the Raptors season it hit me, there is no tanking in the CFL. I mean none whatsoever. There will always be accusations of teams trying to cheat the salary cap and every team has their own bag of secret dirty tricks but the one thing I have never seen is a team throwing games at the end of the year.

Let’s use the BC Lions and their 2019 season as a perfect example. Going into Week 17 they were 4-10 with no chance of making the playoffs heading into their match-up against the Toronto Argonauts. Was Mike Reilly riding the bench so the team could get a look at some young prospects to groom as potential back-ups for the 2017 CFL MOP? Nope. Instead Rielly threw five touchdown passes in a 55-8 blowout win. The game meant nothing in terms of standings but there was Reilly on the field helping his teammates win.

Now before I continue let’s state the obvious, if the CFL draft was an impactful as the NBA there would absolutely be late-season shenanigans for teams to secure the number one pick. CFL executives do not possess some higher moral ceiling compared to their NBA counterparts. It’s not as if CFL General Managers have cornered the market on true sportsmanship. They’re just as competitive as anyone else, if they believed throwing in the towel in Week 18 would help them win games next year you better believe some would do so.

If you look at the history of the CFL Draft you will not find it littered with All-Star talent at the most important position: quarterback. The draft is, of course, a vital part of roster building and accumulating the best Canadian talent. Look at any consistently winning franchise and you’ll find one that does well on Draft Day. However, the majority of star players at the glamour positions (Sorry offensive line) make their way onto a CFL roster through a variety of means that do not include their name’s being announced by the Commissioner.

On the down side, this reality means the draft isn’t as sexy as it is in other leagues but on the plus side it means every team is trying to win every week either for playoff standings or to create/maintain a winning culture. Tanking, phoney injuries and star players out of the lineup for “rest” does not exist up here.

You know how teams get elite players in the CFL? It’s through intensive scouting, player development and dumb luck. Let’s take a look at how seven of today’s top players found their way onto their respective teams. One thing they all have in common, none of them were drafted, and hence the need for teams to tank to get better is completely off the table.

The 2019 rushing leader was claimed as a territorial exemption by Wally Buono back in 2008. He was a part of the BC Lions practice squad in 2009 while still playing semi-pro football for the Vancouver Island Raiders of the Canadian Junior Football League. In 2010 Harris made the Lions primarily for his kick return skills. It wasn’t until his third year with the Lions that Harris became a star rushing for over 1,100 yards, catching 75 passes and scoring 13 touchdowns.

Harris is the only player on this list who was technically drafted but his story does not fit the classic draft story of the highly-rated college prospect taken high in the first round. Also, it was not like Andrew made an immediate impact on his new team. 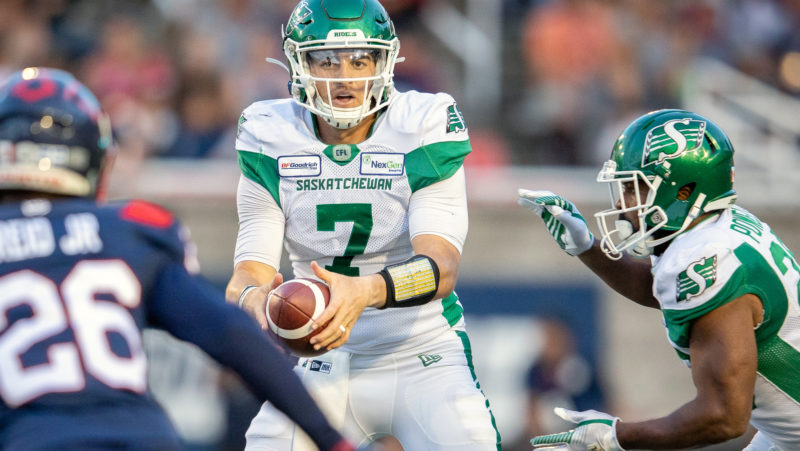 The 2019 leader in passing yards did not become a star until his third CFL job and even then, it took an injury for him to be thrust in the spotlight. The Argonauts signed Fajardo to their practice roster in October of 2015. His time in Toronto was spent as a short yardage option and serving as Ricky Ray’s back-up.

The Argonauts choose to go with James Franklin in 2018 so Fajardo was on the move to Vancouver where he, again, was a change-of-pace quarterback sitting third on the depth chart. In 2019 Fajardo was not exactly a hot prospect as he wasn’t signed until the third day of free agency where he landed in Saskatchewan to serve as Zach Collaros’ back-up. It wasn’t until after a Collaros injury that Cody exploded onto the scene as a legitimate star-level quarterback. 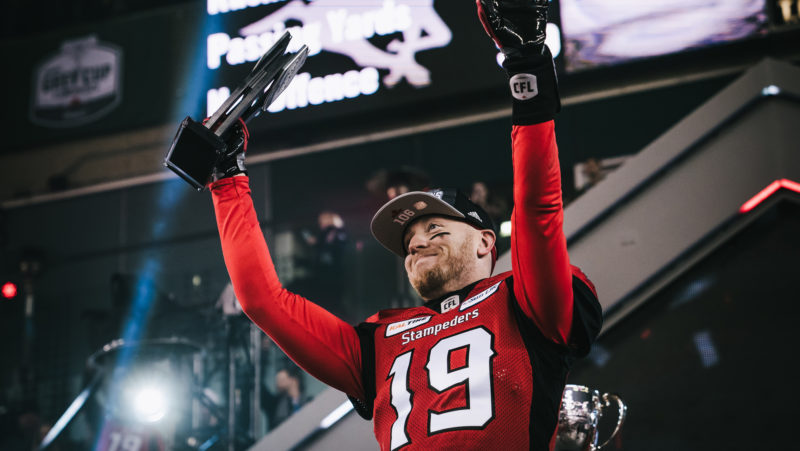 Bo Levi Mitchell and his Stampeders won the 106th Grey Cup where he was named the game’s Most Valuable Player (Johany Jutras/CFL.ca)

If you go back and read the news of his April 30th signing with Calgary, you won’t be left with the impression that John Hufnagel had landed a future CFL Hall of Famer.

A small story at Stampderes.com lists off his impressive collegiate records while playing in the Big Sky Conference and not much else. In Mitchell’s first year, like Fajardo, he was the team’s third string quarterback. He became the full-time starter in his third season in 2014 and the rest is history. 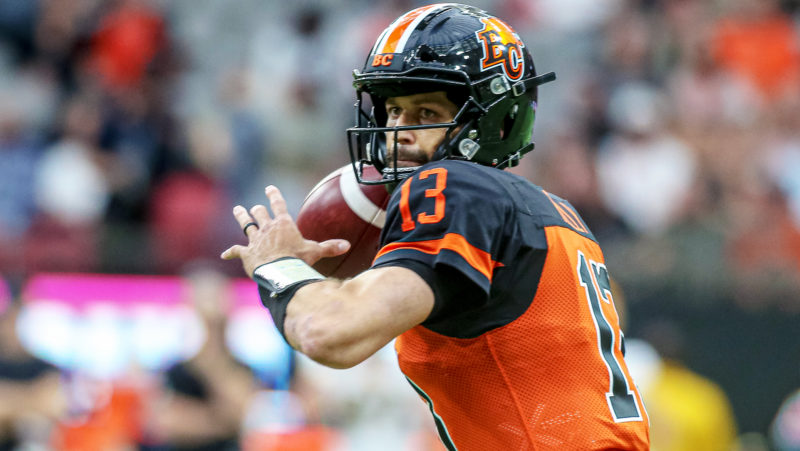 Mike Reilly re-joined the Lions in 2019 after spending six seasons in Edmonton (BCLions.com)

After spending time on four different NFL practice squads, Mike Reilly signed a practice roster agreement with the BC Lions in July of 2010. Similar to my Mitchell research, the local story on the Reilly signing was not filled with superlative fanfare about what the future would hold for this Division II star. Reilly would spend three forgettable years with the Lions before being traded to Edmonton in 2013. Mike would then go on to win the Edmonton starting job after Matt Nichols tore his ACL in pre-season. Edmonton would go 4-14 that year but Reilly quickly made a name for himself, throwing for over 500 yards in a 36-33 loss to Toronto and would finish the season throwing for over 4,200 yards and 24 touchdowns.

In all three cases, these quarterbacks’ entry into the CFL was not a major headline, just a small throwaway story that was only of interest for diehard fans. None of these passers experienced immediate fame with their original team, but instead their success came through perseverance and proper player development. They were not household names; all of them could have been had by any team. All are the exact opposite of the Trevor Lawrence NFL origin story that saw the New York Jets and the Jacksonville Jaguar fight to death to win as few games a possible for the opportunity to select the star Clemson quarterback. 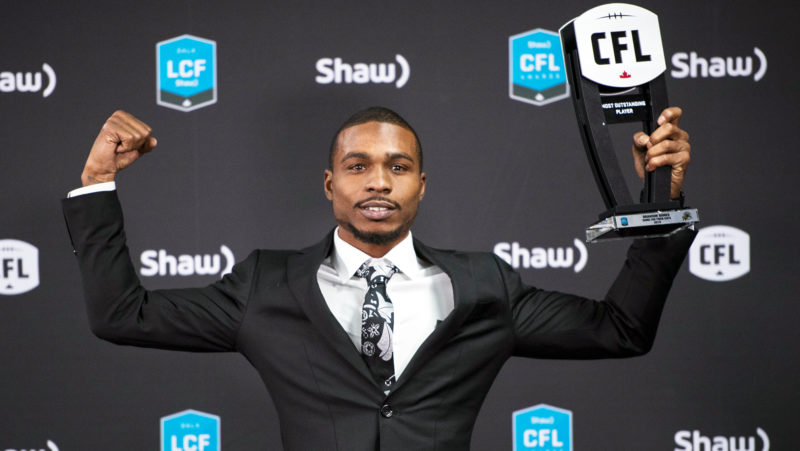 Unlike the other names listed above, the reigning CFL MOP did have a significant impact soon after he was signed by the Hamilton Tiger-Cats on September 30, 2013. His 107-yard missed field goal return touchdown was key in Hamilton’s 27-24 Week 18 win over the Montreal Alouettes, a win that would secure a home playoff team for the Tabbies. Just like everyone else on this list, Banks was not a high draft pick and was available for any franchise after his NFL release by Washington. Banks’ full potential as an every down receiver wasn’t realized until June Jones took over the Tiger-Cats in 2017. 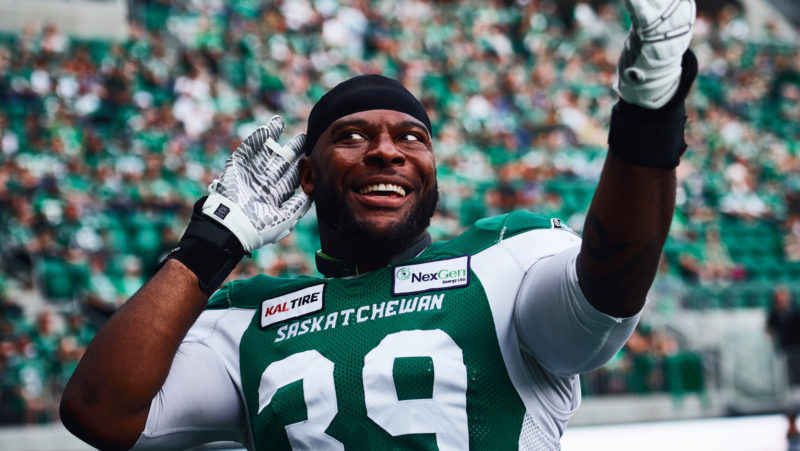 Charleston Huges has been one of the most dominant players on the defensive line over the last 10 years (Arthur Ward/CFL.ca)

Let’s end it with two of the game’s most feared defenders. Sometimes you land a game-changing player by shrewd scouting or clever drafting. Other times you just get lucky. In the case of Hughes, both football smarts and dumb luck played a part. Hughes was working out for the Detroit Lions in 2008 when he was spotted by a young Stampeders scout, John Murphy. Murphy liked what he saw and invited him to Calgary’s training camp.

Unfortunately for the team, coach Chris Jones cut Hughes at the end of camp. I love this quote from Jones, recalling that moment: “My dumb ass sent him home and we kept a guy named Fontaine Hunter. Hunter got hurt in game one, Charleston came back and the rest is history.”

Hughes would play in 16 games registering 50+ tackles, five sacks for the 2008 Grey Cup Champion Stampeders.  Like I said when it comes to the game’s best players there is no one traditional path to CFL greatness. 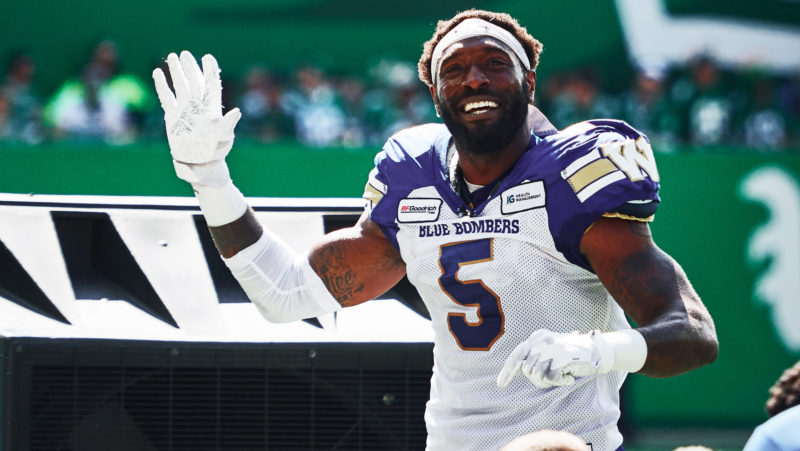 So, what was the big story surrounding Willie Jefferson when he signed with Edmonton in 2014? Shockingly headlines like this: “Future quarterback destroyer added to Edmonton” was not part of the narrative. The headline was about how Willie was given the #99 jersey number, a sacrilegious act for any Edmonton based team.

Check out these quotes from Jefferson about him wearing the holiest of holy numbers:

“They just put me in the number. I guess they knew greatness when they seen it, man”

“I’m just privileged to have the opportunity to wear it. I came to Edmonton to bring it my all, I don’t want them to think 99 is going to someone who doesn’t deserve it.”

You gotta respect that level of confidence.

Willie wouldn’t reach Peak-Jefferson until after his return to the league when he signed with Saskatchewan in 2016 after a brief stint with Washington.

In just about every case these players came from small schools, spent short periods of time with multiple NFL teams and were not considered slam dunks to be a serious contributor upon arriving with their initial CFL squad. These players became stars because a shrewd management team saw something in the player, the internal development was in place and most importantly the players put in the work necessary to reach the highest of heights in the CFL ecosystem.

The one clear common denominator is the complete absence of a team doing everything in their power to lose as many games as possible.