Ferguson: Anything is possible with Collaros under centre 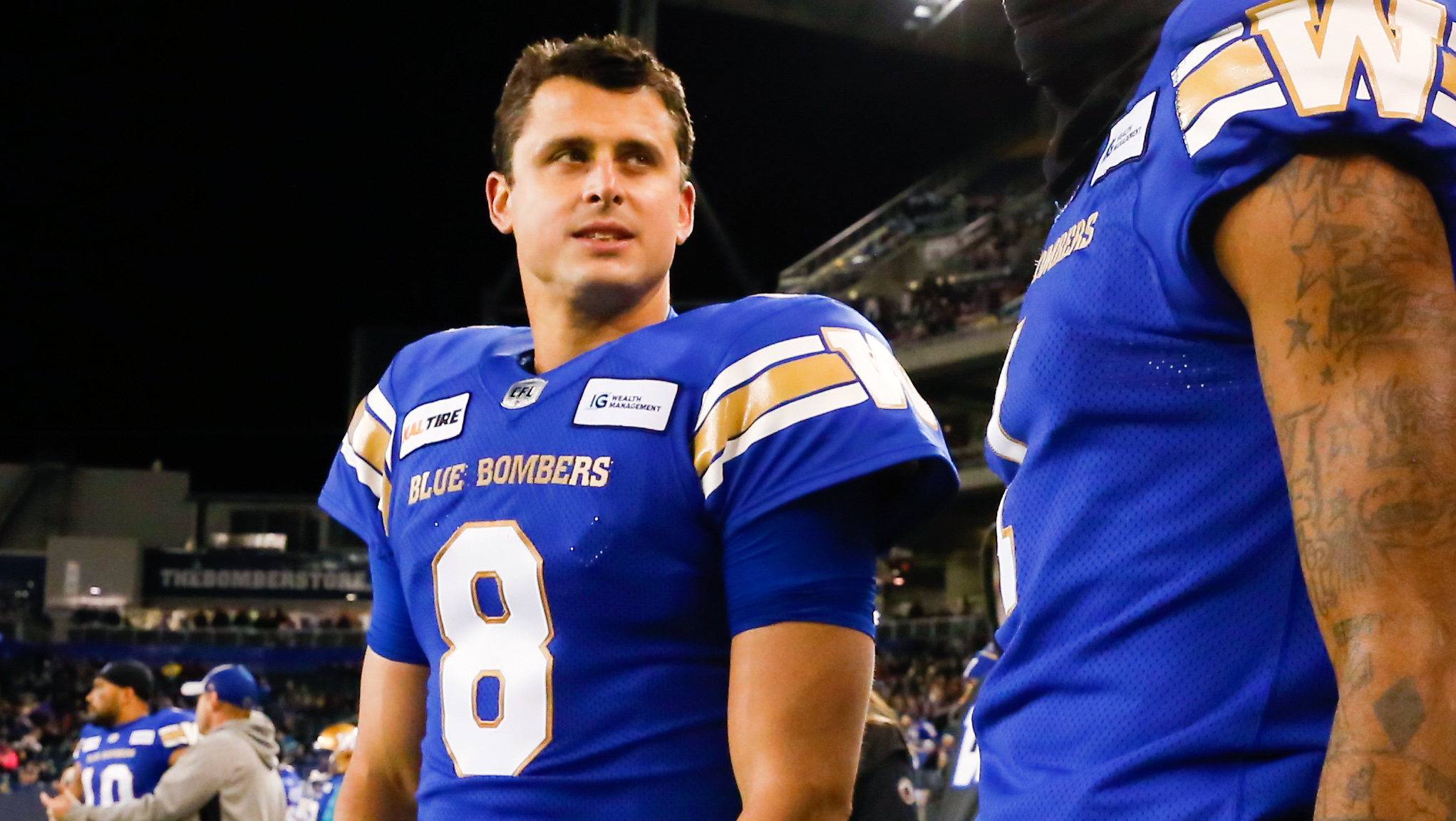 Ferguson: Anything is possible with Collaros under centre

Imagine running into a fellow CFL fan two years ago at this time and having a conversation about what Zach Collaros’ season would be like.

The water cooler chat likely would’ve revolved around the unfair, and often nauseating, narrative of his ‘inability to stay heathy’ – which isn’t a quantifiable skill or ability – and the Riders’ need for him to produce with little known backups Cody Fajardo and Isaac Harker on the roster.

Now think about how ridiculous it would sound if your friend had the ability to see the future and suggested: “Zach Collaros will play a handful of snaps for the Riders, be traded twice, beat the Riders in the playoffs as the rival Bombers starting quarterback and become a major part of Winnipeg breaking their 29-year wait for a Grey Cup.” 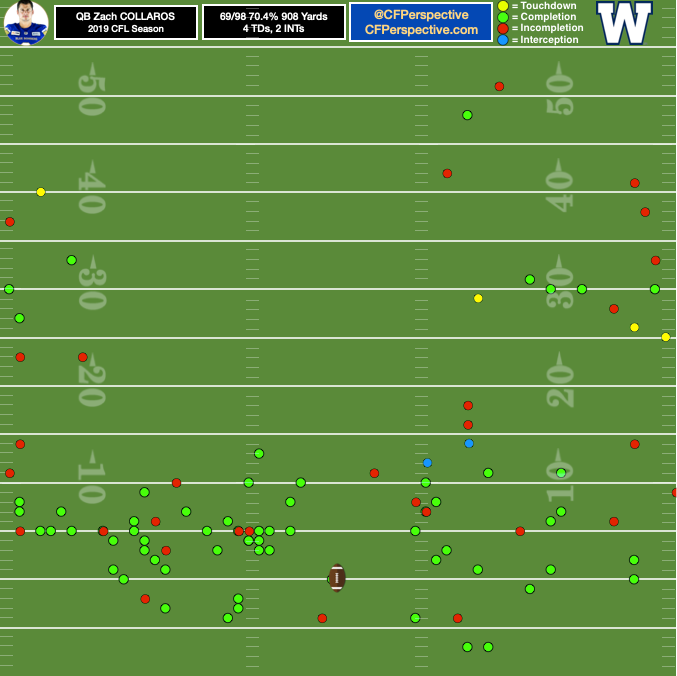 It would be hard not to spit out your drink laughing, but as we all know, that’s what happened because anything is possible in the up and down journey of Zach Collaros.

From promising Argos backup to star Ticats leader, Black & Gold scapegoat, Riders hope and now celebrated Bombers champion, there is no player in the CFL right now with a story that could more accurately be described by the simple term of ‘perseverance.’

Injuries, an ACL tear, depth chart decisions and more have all pushed pause at various points on Collaros’ journey to the top, but there is no sweetness without difficulty and the 10-year vet has experienced more than his due share of the struggle to stay productive and on the field.

Landing in Winnipeg provided a perfect opportunity for Collaros to adapt quickly and facilitate an offence readymade for his thoughtful progression reading, while embracing his off-schedule playmaking and deep ball aggression when required on second down.

As a result the Bombers passing game came to life in Collaros’ one regular season start and subsequent three-game sprint to Grey Cup glory. That was a small sample of what might come to be for Darvin Adams and Kenny Lawler in 2021. 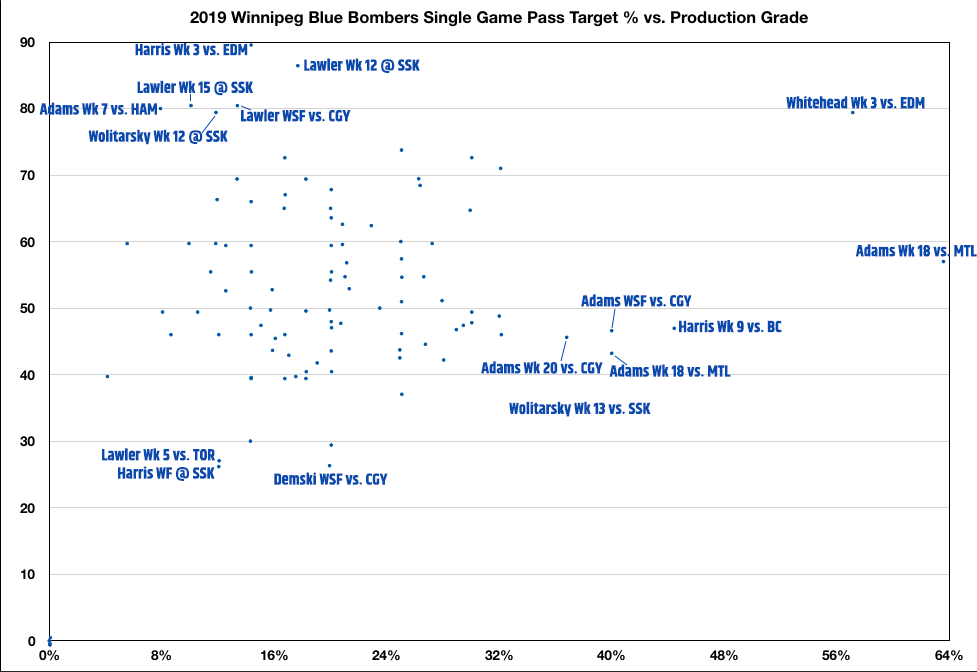 Of course, central to any Winnipeg success is Andrew Harris and perhaps more importantly, how new Bombers offensive coordinator Buck Pierce employs No. 33’s services. With Paul LaPolice calling the shots, Harris’ role was set in stone. Off-tackle, run-heavy with an incredible 86.2% catch rate as Nichols, Streveler and Collaros turned Andrew Harris check downs into one of the CFL’s most dangerous catch and run opportunities. 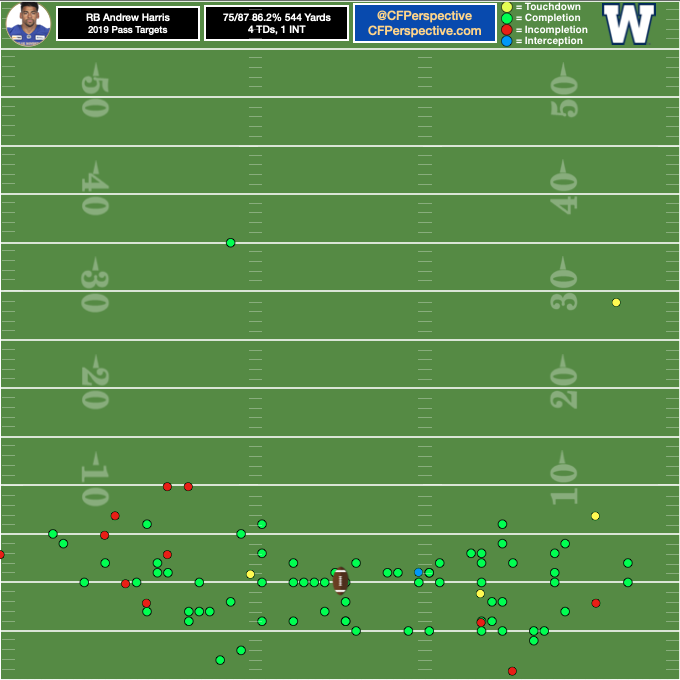 Expect Collaros to have another stellar season connecting efficiently with Harris who should get as many overall touches as ever, run and pass.

The question for many becomes: what should we expect from Collaros? Many players have had outstanding four week runs in CFL quarterback history never to repeat the feat again, but Collaros is different.

2019 was not a rookie or freelancing journeyman pivot showing up and sporadically finding success. Collaros worked the field with years of experience and an eye for CFL specific defences which allowed him to prosper. That’s why I believe Zach is back – again – and should be able to sustain a high level of play once again for Winnipeg.

While his Grey Cup performance didn’t reach into the pantheon of all-time great statistical performances like Sam Etcheverry or Russ Jackson, what Zach did in that final game could be a preview of what we see nearly two years later as the CFL returns to play. 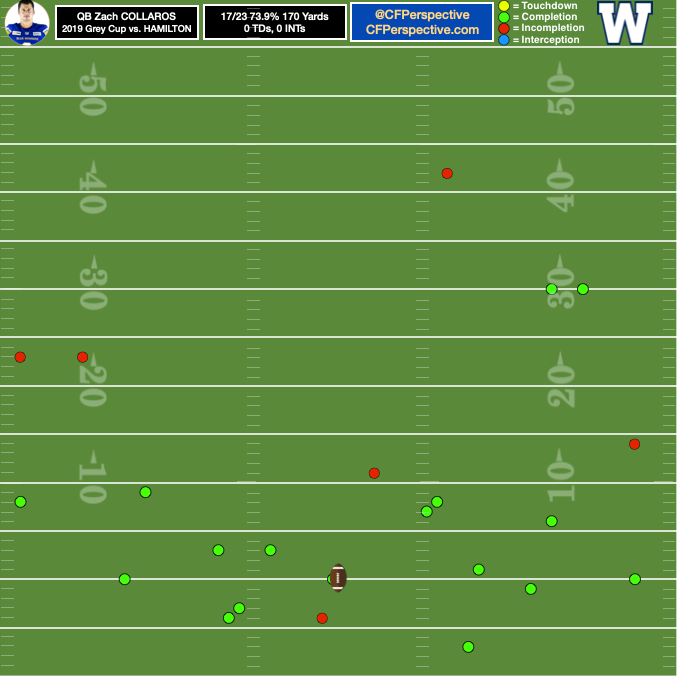 An efficiency rating ranked 47th of 145 eligible quarterbacks attempting more than ten passes in Grey Cup history since 1952 is only bested by the 11th best completion percentage (73.9%) in Grey Cup games all-time, miraculously just behind his 8th place effort (75.8%) in a 2014 Grey Cup loss for Hamilton.

If that friend with visions of the future told you Collaros led Winnipeg to a repeat, would you believe him this time?

Some may see Collaros as a mystery, others as a lock to take care of the ball and age gracefully. Whatever your opinion there is no questioning that anything is possible with Zach Collaros as your starting quarterback.