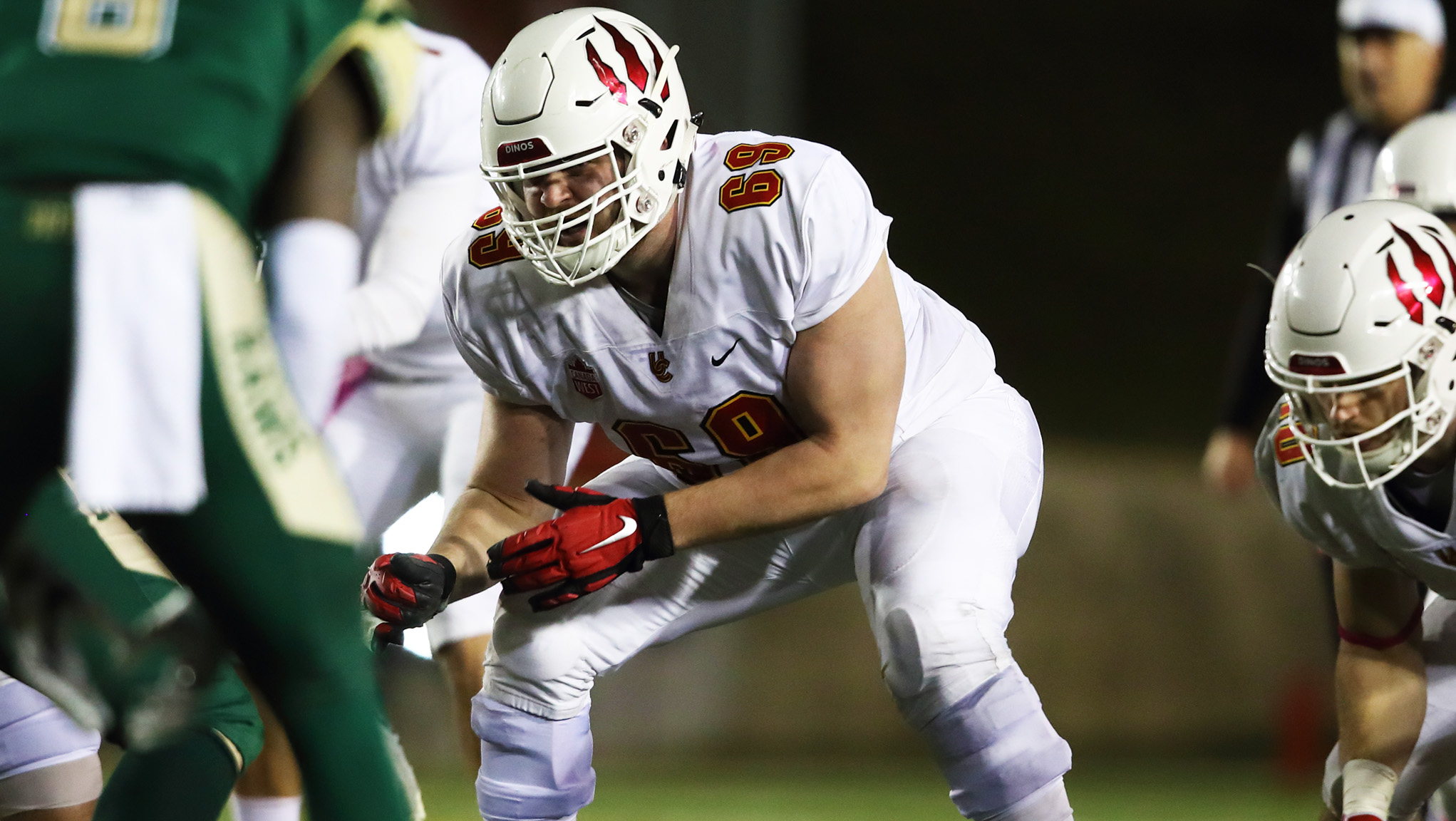 Cimankinda (6’1-245lbs) was selected in the fourth round, 35th overall in the CFL Draft. He spent three seasons with the Guelph Gryphons, finishing 2019 as a second-team OUA all-star. That year the Ottawa native made 36 total tackles, 13 tackles for loss, 11 sacks and one forced fumble.

Over 30 career games, the physical defensive lineman has made 81 total tackles, 27 tackles for loss, 22.5 sacks, two forced fumbles and a fumble recovery, with one year of eligibility left.

Prior to attending Guelph, Cimankinda spent one season at New Mexico Military Institute where he made 30 tackles, five tackles for loss, two sacks, one forced fumble and one fumble recovery.

Bandy (6’5-285lbs) was selected in the fifth round, 38th overall in the CFL Draft. He played in 23 games over four seasons at the University of Calgary, starting his final two years at left tackle. The decorated offensive lineman was a Canada West All-Star in both 2018 and 2019 and was named a U SPORTS Second-Team All-Canadian in 2019 as well. His strong play earned him an invite to the East-West Shrine Bowl, which was unfortunately canceled due to the COVID-19 pandemic.

The Calgary native won the Vanier Cup with the Dinos in 2019, the program’s first national championship since 1995.