Better Than Before: Ticats special teams magic set to sparkle

Better Than Before: Ticats special teams magic set to sparkle 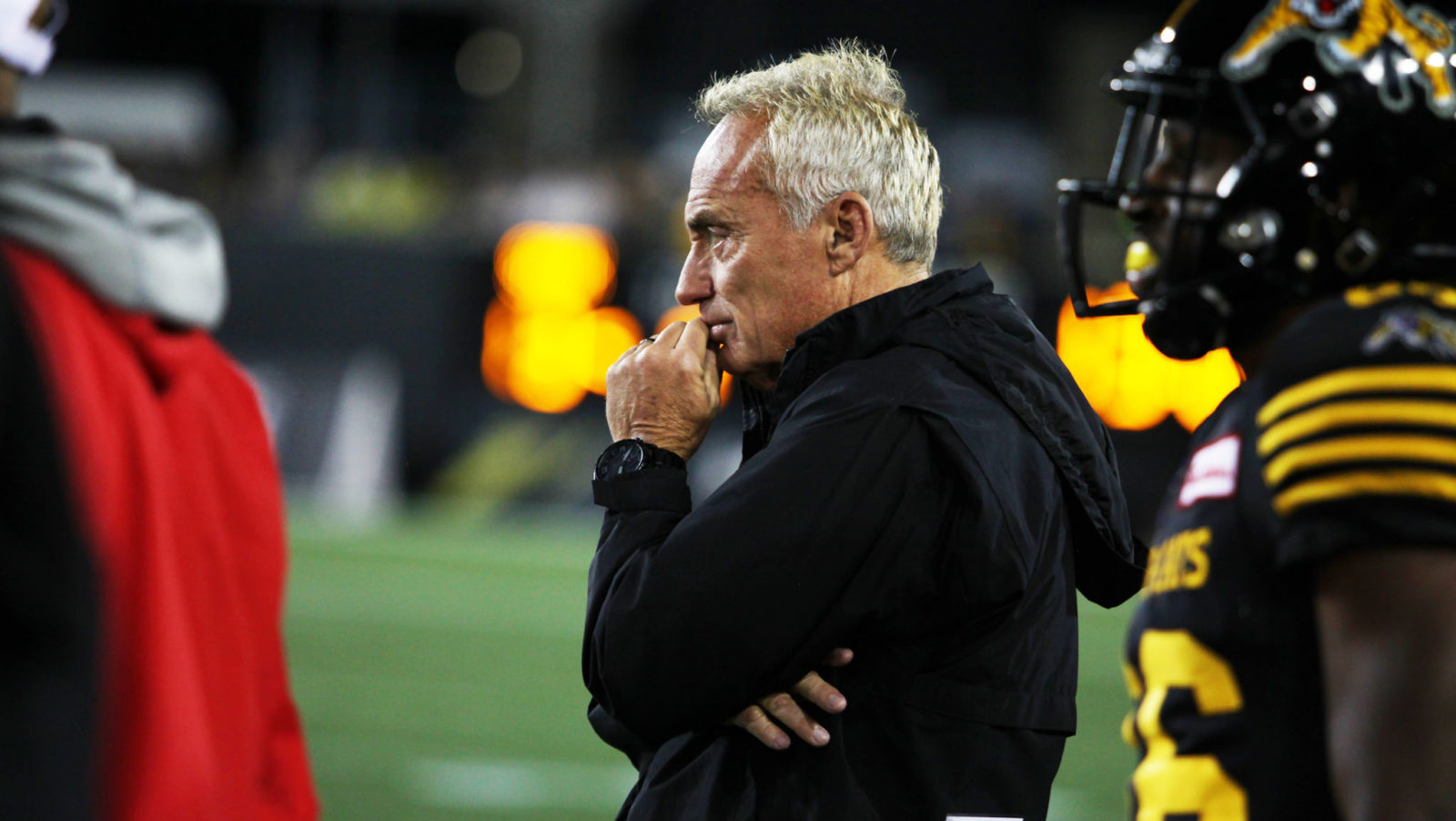 Within each CFL team there are defined goals.

Some are born from weaknesses of the past needing to be corrected, others are about continuing on the path established last time teams hit the field.

Both of these are about making a change for the better, finding a solution and improving, but some goals – in rarefied air – are about aiming to take a strength and make it an unstoppable game changing element.

I believe that is exactly where the Hamilton Tiger-Cats special teams stand.

It’s time to turn great, into an unmatchable advantage.

RELATED
» Landry: White heads to Toronto in prime time
» Steinberg’s MMQB: Optimism growing with June on the horizon
» Which team has the best group of linebackers?

Which training camp slogan special teams coordinator Jeff Reinebold will cook up, which unique punt fakes or coverage systems will be installed remain in question, but there is no denying that Hamilton’s third phase was special in 2019 and has the ability, perhaps, to be even better in 2021.

In the return game, Frankie Williams led the CFL in kickoff return yards by a gap of nearly three football fields (949 to second place Terry Williams at 679), Brandon Banks had over 100 more missed field goal return yards to the nearest competitor and the Ticats return unit had 19 explosive returns, six more than the next best team (Winnipeg at 13).

The question now becomes how can Hamilton turn this strength into a weapon so dangerous that teams would rather kick the ball into the upper deck than allow returns to form? The simple answer is to have another exceptional campaign from Banks and Williams, but a return is so much more than just the man holding the ball and the answer might lay inside the black and gold’s core of specialists.

Chris Frey Jr. played on many teams at a highly effective rate until suffering a non-contact knee injury when chasing down an opposing return man. While Frey Jr. might add some middle linebacker reps alongside free agent acquisition Jovan Santos-Knox, he will unquestionably be a heart and soul member of kick and coverage units. 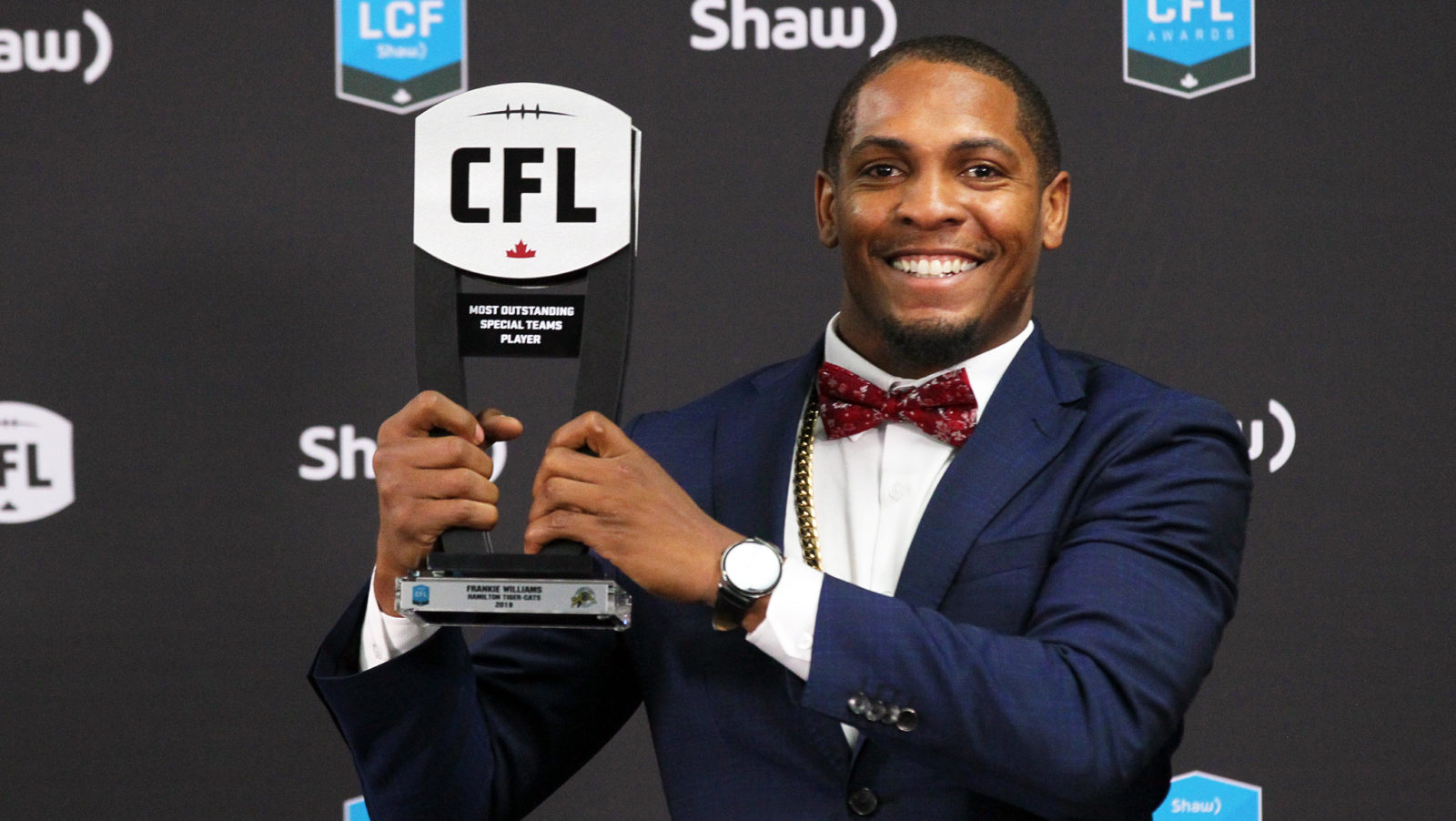 Frankie Williams was named 2019's Most Outstanding Special Teams Player and is pictured here after accepting his award (Dave Chidley/CFL.ca)

Defensive back Tyrice Beverette led the Ticats in special teams tackles in 2019 with 19 and returns in 2021 – similar to Frey Jr. – with a chance to contribute on the starting defence after Rico Murray Jr. retired from his SAM linebacker role in February 2021. Beverette should make the weekly dress roster as a primary defensive backup who is asked to play a big role on special teams alongside veteran safety Mike Daly, who himself had 18 special teams tallies in 2019.

Frey Jr, Beverette and Daly are just a few of the names integral to special teams success, but will play a key role in each and every third down exchange.

The kicking game is perhaps Hamilton’s greatest mystery – for now – with Lirim Hajrullahu still testing the NFL waters and dabbling into The Spring League. Some believe Lirim is done in Hamilton and the CFL at-large but never say never as we have learned with centre Mike Filer returning to continue his run as the last Ticats play to have suited up at Ivor Wynn.

One way or another, Hamilton’s special teams units are going to appear different. With some inevitable player turnover and the impractical promise of full season perfect attendance void of injury there is little to no realistic chance that 2019 is identical in proficiency to 2021.

If they take a small step back on third down, or don’t need big returns thanks to a re-tooled aerial attack stealing all the headlines, few will notice or care but if they turn a special 2019 unit into a game changing tone setter for each game the Ticats could have a very real chance to chase a home Grey Cup victory in a quirky and highly anticipated 2021 CFL season.