Tait: Jefferson provides shot in the arm for Bombers 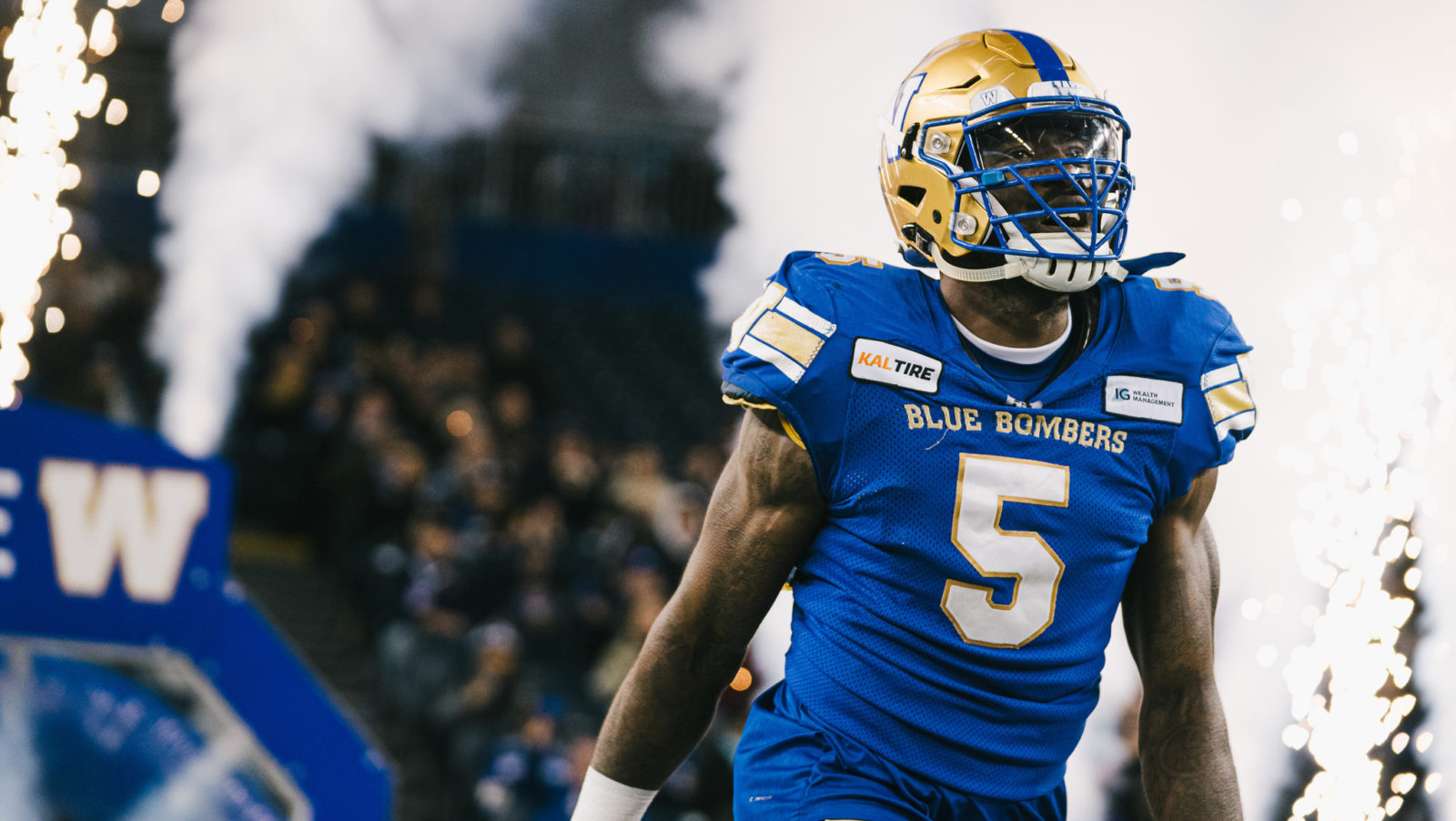 Tait: Jefferson provides shot in the arm for Bombers

The signs are seemingly so positive everywhere around us, even if Manitoba is in a tough spot in fighting the third wave of this damn global pandemic.

So – as tough as it can be to swallow right now – it remains all about vigilance, about caring for yourself and those around you, and about doing everything you can to fight through this.

And, of course, it’s about getting vaccinated ASAP.

That’s why earlier this week on one of those down days we’ve all had so often during the last year or so, yours truly was uplifted by a simple tweet of Willie Jefferson flashing his COVID-19 vaccination papers. See, even a gesture like that of an athlete with a profile in this town can only help.

Willie Jefferson is the latest to be vaccinated!

“I wanted to let the fans know this is something that is so important if we’re going to move forward and have a season,” began Jefferson this week in a chat with Bluebombers.com from his off-season base in Texas. “With me being who I am and some of my teammates and people like Wade (Miller) going public with getting the vaccine, we need to show as many as possible that getting vaccinated is that important.

“Maybe it can help raise the awareness of some people who are second-guessing about the vaccine or are wondering why they need to get it.”

Jefferson got his first dose earlier this week, along with his wife Holly.

“We were on the fence for a while,” he admitted. “Then, through doing some research and then thinking forward about being able to travel to see family we decided we needed to get it.

“I hope everyone understands that if we’re going to open up stadiums for the fans they should want to be vaccinated. It’s that simple.”

A reminder that is going to sting: the Bombers were to play their first preseason game against the Saskatchewan Roughriders this past Friday, followed by a visit to Regina in a week. And the 2021 season was initially scheduled to open June 10 at IG Field with a rematch of the 2019 Grey Cup against the Hamilton Tiger-Cats.

The CFL is now pushing for an Aug. 5 start up to what would be an abridged 14-game season. Again, that might seem ambitious given the rough patch Manitoba is in right now, but the numbers are improving in the five other provinces in which CFL teams reside.

“Get your vaccinations as soon as you can. We all want to get back to playing. We all want fans in the stands. Let’s do this so we can be together again.” — Willie Jefferson

More from our conversation with Willie and other notes, quotes and links in this week’s edition of First & 10…

1. CFL players have been down this road before (see: summer, 2020) when there was growing optimism about a season still unfolding, even if it meant playing in a bubble.

I asked Willie if he was optimistic now given the trends we’re seeing, or if he was reluctant because of what happened a year ago.

“I’m hyped, man,” he said. “You never know what’s going to happen, but all you can do is hope for the best. That’s how it was last year before the season was cancelled. That was hard then, but players were pumped because we thought there was going to be a season. This year it’s started all over again with some of the things that are usually good signs: the Global Draft went well, the regular CFL Draft went well. Teams are gearing up like we’re going to play this year. Things are going in the right direction.

“All we can do now is to wait until the beginning of July and travel so that we can get to do what we’ve wanted to do these last two years. I’m excited. I’m pumped up. My family is pumped up. The guys I talk to, my teammates and guys from other teams I know, are training like it’s any other year. They’re putting their work in, trying to stay safe and get ready.”

2. Again, it’s difficult not to be a bit hesitant about returning to work for CFL players these days. But Jefferson was asked about what that first day of training camp is going to feel like, even for a vet like himself.

“That first day… it’s going to be crazy,” he said. “It’s going to be the first time a lot of us have seen each other since the Grey Cup parade. That’s crazy. We were a tight-knit group… still are, because we talk to each other.

“But those guys are more than just friends. They’re family and they’re guys you did some great things with. So, to see them face-to-face again after a year and a half, two years, it’s going to be different.

“It is going to be emotional. I mean, I haven’t been in Winnipeg with some cleats on since November of 2019. That’s a long time. Just to be in that atmosphere again, just to be able to walk through those locker-room doors again is going to be wild.”

4. Congrats to 2021 Global Draft pick Ayo Oyelola, who signed with the club this week and was added to the roster.

A linebacker from Great Britain, Oyelola is the second of the Bombers’ ’21 Global Draft class to be signed after Japanese linebacker Les Maruo – the club’s first pick, 4th overall, signed in late April.

A good piece on Oyelola can be found here.

And a video, too:

Get to know Ayo Oyelola.

One of our 🇬🇧 prospects in this year's International Player Pathway Programme.

All the best Ayo, we're rooting for you 👊. pic.twitter.com/RG2wlvkxn7

The other members of the Bombers’ ’21 Global Draft class not yet signed are Japanese OL Tomoya Machino (15th overall) and Australian punter Arryn Siposs, who is currently with the Philadelphia Eagles.

5. Enjoyed this read from CFL.ca’s Marshall Ferguson, breaking down some of the Zach Collaros numbers in his games as a Blue Bomber.

Warning: there’s a lot of stats and graphs in here, so for those non-analytics fans, it might not be for you. For anybody that wants a detailed understanding of his throws, it’s worth checking out.

6. Jon Ryan, the current Roughrider and former Blue Bomber, had some interesting thoughts about the CFL and where the league is headed in this piece by Rob Vanstone of the Regina Leader-Post.

“I would hate to see some kind of deal where the American game just eats up the Canadian game, because I don’t want to see that,” Ryan said. “I want to see Canadian football being played for a long time.”

7. All the talk about mergers and collaborations has often overshadowed what could be an important development for CFL teams – the passing of Bill C-218 that would legalize single-game sports betting. Dan Ralph of The Canadian Press explains it well in this story.

8. Random thought that makes me cringe: there will have been two Stanley Cups awarded before the Bombers get back on the field to defend their 2019 Grey Cup title.

9. Came across two good reads on former Bombers receivers over the last week.

The first is a ‘where are they now?’ piece from fanbuzz.com on Winnipeg Football Club hall of famer Terrence Edwards.

And the second details how L’Damian Washington has landed a gig with the Kansas City Chiefs through the Bill Walsh Diversity Coaching Fellowship.

10. And, finally, let us all marvel at the athletic gifts of Bombers right tackle Jermarcus ‘Yoshi’ Hardrick, whose Instagram highlights continue to entertain: