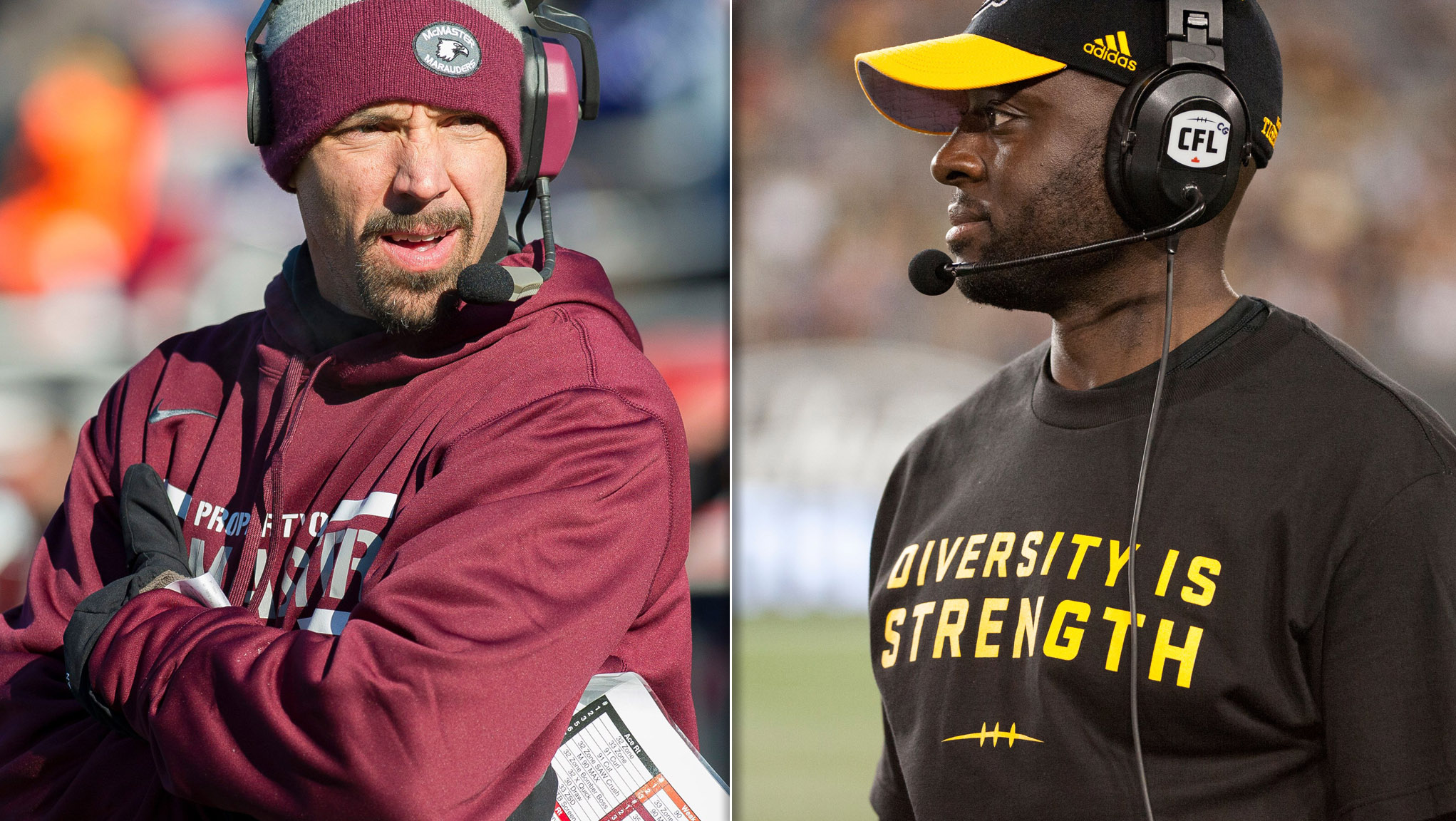 As Corey Grant watched this year’s Super Bowl, he saw the celebration on the Tampa Bay Buccaneers’ sideline and caught a glimpse of two familiar faces.

It was Lori Locust, the team’s assistant d-line coach and Maral Javadifar, the Bucs’ assistant strength and conditioning coach. The pair became the first female coaches to be on a Super Bowl-winning team. Grant, an 11-year CFL receiver and now the offensive coordinator for McMaster University’s football team and the school’s athletics and recreation equity, inclusion and anti-racism lead, remembered watching the two coaches give speeches on a Zoom call earlier in the year. A switch flicked for him right there.

“Why can’t we do that?” Grant said. “That’s really where it sparked in and I said, ‘Why can’t we and why not? And why hasn’t it been done?’”

Now, the Marauders are doing it. The team announced last week that it’s looking for two female coaches as apprentices for the 2021 U SPORTS season. The roles are an effort at encouraging women to explore football coaching opportunities to encourage and increase diversity among the sport’s coaching ranks, the school said in its press release.

Marauders head coach Stefan Ptaszek credited Grant for the conception of the idea and is happy to help open doors for some new coaches. 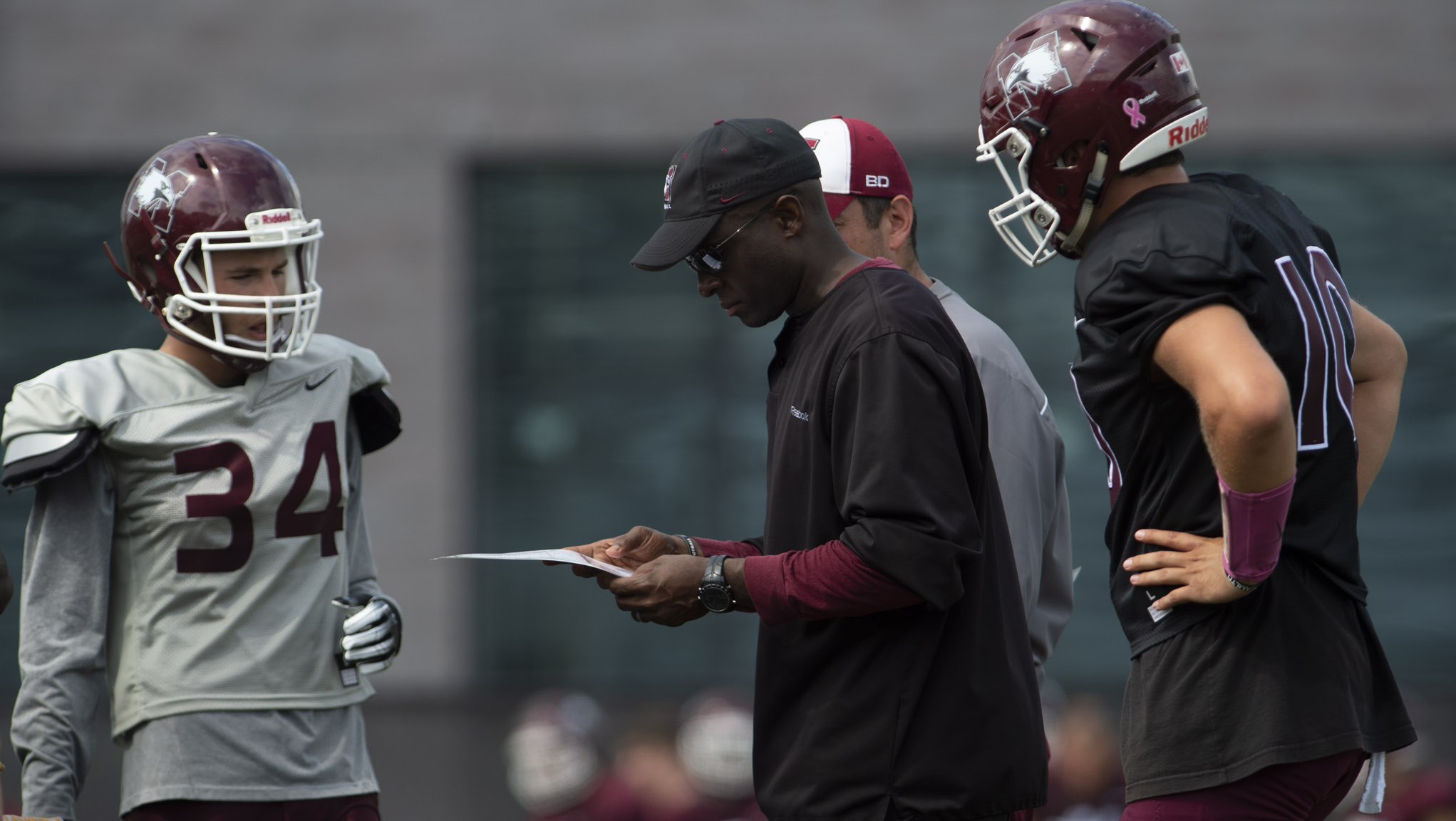 “I think we both are privileged to have very strong women in our lives and know that the fact that there are not enough representatives in the football world is a huge oversight and something that diminishes the experience,” Ptaszek said. “So I’m excited to see that change and happy to be a catalyst for that change.”

Both coaches have daughters and they think about the impact that this could have on them and on other women that are possibly on the fringes. Representation matters and seeing female coaches on a U SPORTS sideline can be the start of a ripple effect.

“I want them to have a path. My little one, lady trouble, she’ll let me know that that was a stupid play. Why do we keep running the ball straight up the middle to go nowhere? And she’s 12,” Ptaszek said of his daughter, Anna, smiling.

“I think with the emergence of things like flag football and how many females are taking the sport up, this is a natural evolution and something that needs to happen more than just at McMaster. I think my daughter and Corey’s are going to grow up in the game of football and are going to have an insight. And I hope this is an opportunity that should they want, they can take it.”

Grant said his daughter, Qiawna is also 12 and that he sees this as a barrier falling for her and other girls interested in football.

“We have on our campus, our own women’s program and I would love to see one of these women take on the role of becoming head coaches for the women’s program. Nothing more powerful than that, as a woman standing in front of the room, coaching women in the sport of football.”

The apprenticeship is open to women, gender non-binary, or two-spirit individuals that have completed at least a year of university or college education and demonstrate the desire to coach football. The hires will be paired with a mentor coach each and will be actively involved with the coaching staff for the duration of the 2021 season.

The word that Grant and Ptaszek continued to use when describing their ideal hire was teacher.

“Football coaches, we’re teachers,” Grant said. “Have I had some great teachers? Yes. Have a lot of them been women? Yes.

“Just because I played doesn’t mean it was going to make me a good coach. I went to teachers’ college. That was my route, my path because coaching is teaching, teaching is coaching, learning how to set the table and really get the information across to my students.”

“I think when you take an overly simplified view of things, you think technical expertise is what you need from a coach first and foremost. And I don’t think that’s necessarily true,” Ptaszek added.

“Establishing good fundamentals and good processes and holding yourself accountable to meeting those processes. Anybody that has a strong understanding of the learning process is invaluable. Anybody that cares about you, and that’s intelligent, is going to help you progress.”

Ptaszek pointed to a strong female presence that already exists around his team, in Claire Arsenault, the Marauders’ coordinator of athlete services as a quarterback of all things academics for his players. He mentioned the number of female trainers that the team has had and the respect that his players have had for them. He thinks once the new coaches gain the players’ trust that the player-coach connection will take off like it always does.

“It’ll be fun to watch (the players) learn that they can help in football, X’s and O’s and football ABCs. We have strong leadership so I think with good dialogue and good support, we’re hoping this is a positive experience for the female coaches and for my student athletes.”