When it comes to special teams, Winnipeg sets the gold standard

When it comes to special teams, Winnipeg sets the gold standard 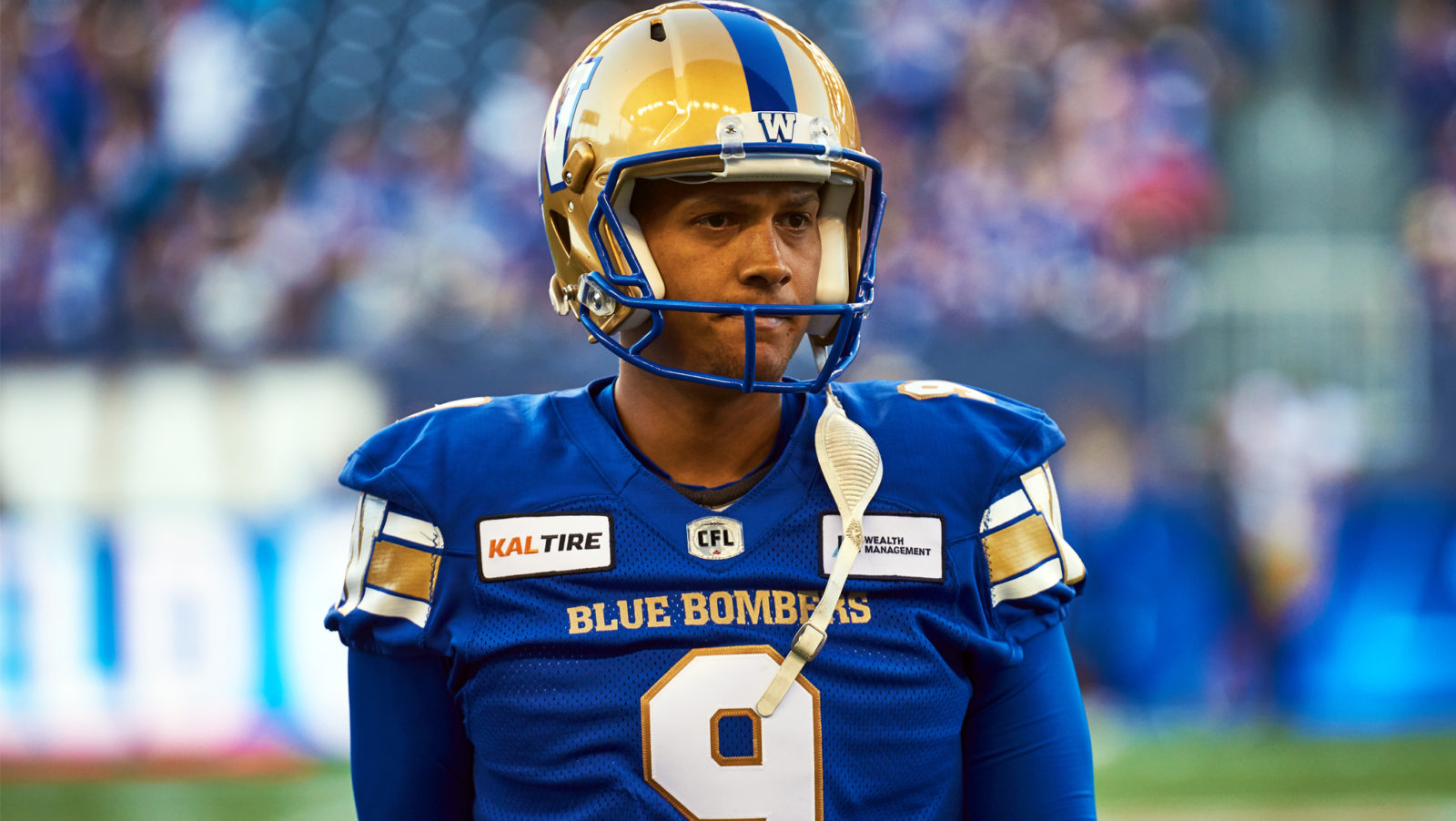 Justin Medlock has yet to sign a deal with the Bombers and is currently a free agent (BlueBombers.com)

WINNIPEG — As long as Mike O’Shea is around, Bombers fans can relax knowing their team will probably have a decisive edge on special teams in 2021.

Of course, Special Teams Coordinator Paul Boudreau also deserves plenty of credit. Boudreau has a lifetime of football knowledge, his dad, Paul Boudreau Sr., having coached Edmonton along with several NFL teams before Paul was even a teenager.

“I mean, I was in 13 different schools in two different countries by the time I was 12,” Boudreau told Ed Tait in a 2020 interview.

Boudreau renewed his CFL ties in 2014 as a guest coach in training camp and officially became special teams coordinator in 2016, the role he remains in today.

RELATED
» Ready for Kickoff: Previewing the 2021 CFL season
» A look at every team’s Off-Season Depth Chart
» Good to Go: Board approves ’21 season, CFL to kick off Aug. 5

Fans will fondly remember Andrew Harris‘ 15-yard touchdown run in the 107th Grey Cup, or Chris Streveler‘s 18-yard toss to Harris in the second quarter that gave Winnipeg an 18-6 lead, eventually helping the Bombers end a 29-year drought. One fan was even allowed to wear pants for the first time in 18 years.

But the Bombers’ special teams always showed up dressed and ready to work in 2019, even if their labour wasn’t always noticed.

The 2019 Grey Cup might have been different had Frankie Williams, who tallied 12 explosive plays during the regular season, been allowed any space to maneuver in the return game. The Ticats led the CFL regular season with 61 explosive plays, but were held to just two in the Grey Cup — including zero on special teams.

Instead it was an explosive play by the Bombers’ return game — a 32-yard punt return by Janarion Grant — that set up a four-play scoring drive, culminating in Streveler’s touchdown to Harris, a turning point in the outcome. As a team, the Bombers had six ‘explosive plays’ compared to just two for the Ticats.

In the kicking game, Justin Medlock averaged four more net yards per punt than his counterpart Lirim Hajrullahu, and tied a Grey Cup record with six successful field goals on seven attempts. He was also 2-for-2 on converts.

When it comes to special teams, the Bombers have never been shy to think outside the box (remember the onside field goal in 2017?), but it’s not all flash and pizzazz — they practice what they preach when it comes to fundamentals, which is why Winnipeg ranked in the top four in 14 of 16 major special teams categories league wide, ranking No. 1 in six of them.

Can the Bombers continue to raise the bar on that side of the ball in 2021? The coaches are all in place, with Boudreau returning for a fifth season on special teams to assist O’Shea, who’s been Winnipeg’s head coach since 2014 after coaching the Argos’ special teams.

The bigger question is whether or not Medlock returns, which appears to be up in the air. Replacing Medlock would be a challenge considering he’s handled all three kicking duties since 2016. The 37-year-old was at the top of his game in 2019 before seeing his contract expire this February.

Perhaps a deal will get done before training camp, but if not, the outlook of the Winnipeg kicking game could change substantially, with 2020 draft pick and Western product Marc Liegghio the only kicker on the roster. It’s likely the Bombers see a future in Liegghio having drafted him, but replacing Medlock on punts, field goals, and kickoffs is sure to come with a learning curve. The Bombers also added a punter in this year’s Global Draft, selecting Australia’s Arryn Siposs in the fourth round.

In the return game, Lucky Whitehead was a big name for the Bombers in 2019 but has since taken his talents to BC, where he might hope to see a larger role offensively. In his first CFL season, Whitehead returned 20 kickoffs for 596 yards, including a 104-yard touchdown, adding seven punt returns for 54 yards. 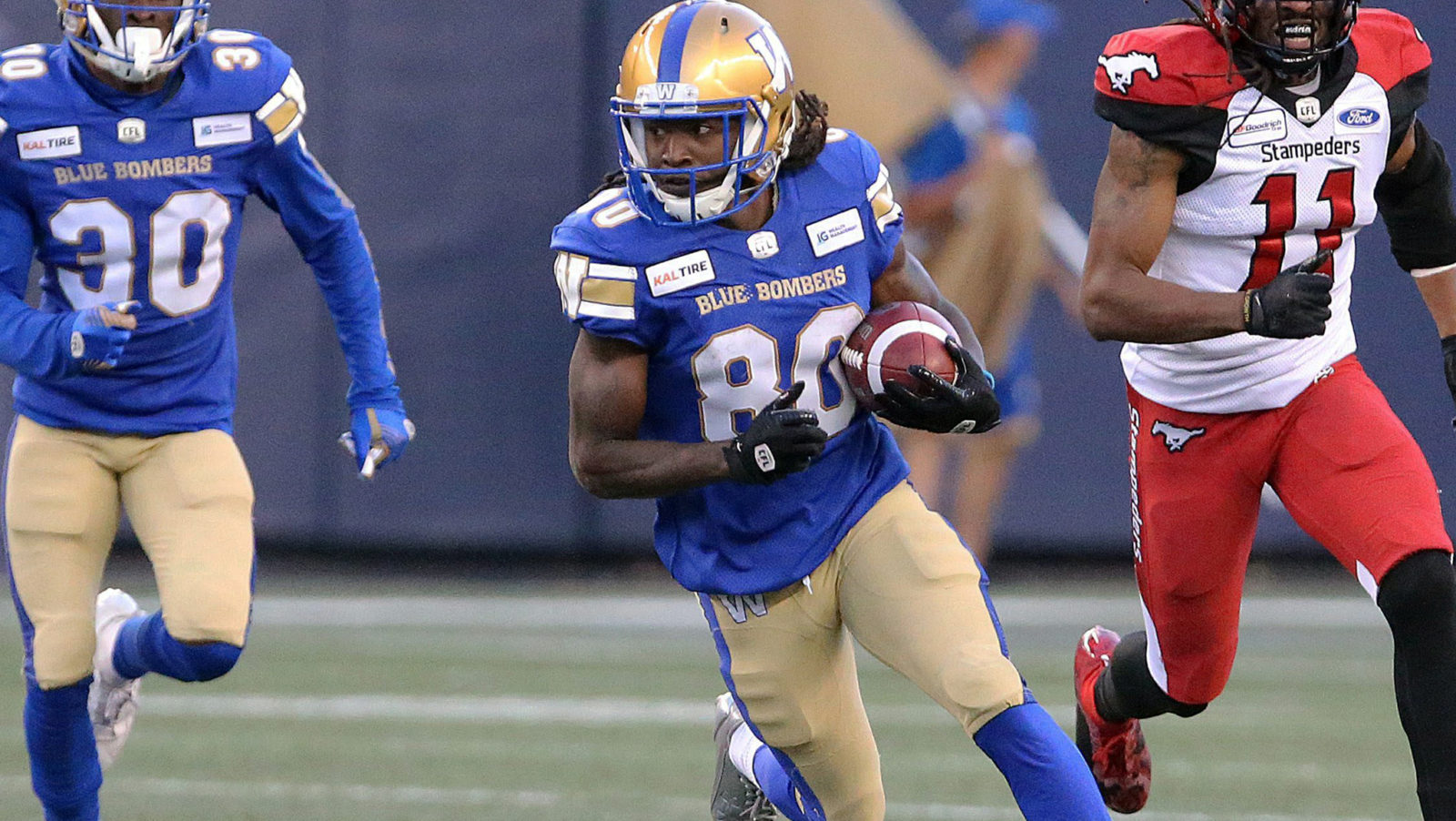 Janarion Grant will likely take on the majority of the return duties this season (Jason Halstead/CFL.ca)

It was fellow rookie Janarion Grant, however, who did most of the heavy lifting in the return game for the Bombers in 2019. The 27-year-old out of Rutgers might have all primary return duties locked up in 2021 after scoring three punt return touchdowns to go with 591 yards on 41 returns as a rookie. Grant also returned 25 kickoffs for 600 yards.

In 2019, Winnipeg ranked third in the CFL in both punt return average (12.1 yards) and kickoff return average (22.9 yards), second in ‘big play’ returns (40+ yards on kickoffs and 30+ yards on punts or missed field goals) with 13, and second in return touchdowns with four.

The Bombers’ coverage teams were also lights out in 2019, allowing a CFL low 9.0 yards per punt return and limiting opponents to a CFL-best six big play returns. Thanks in part to Medlock’s booming leg on kickoffs (67.2 yard average), opponents’ average starting position was the 30-yard-line following kickoffs, first in the league.

Also an important part of the Bombers’ cover units was Mike Miller, who tied teammate Exume Kerfalla-Emmanuel for second in the CFL with 25 special teams tackles, behind only Frank Beltre (27). While Kerfalla-Emmanuel has departed to Montreal, there’s no reason Miller, if healthy, wouldn’t be near the top of the leaderboard again in 2021. Miller has 185 special teams tackles in his career, just nine back of retired Jason Arakgi for the all-time record.

Miller had at least one special teams tackle in 13 of 18 games last season, including a CFL record-tying seven in one game against Ottawa on July 5, 2019. He’s had 15 or more special teams tackles every year of his career, and 20-plus in four consecutive seasons to date.

Good coaching, experienced players, and attention to detail have made the difference for the Bombers’ special teams in the past. In 2019 the Bombers took the fewest special teams penalties by far (30 in total, 10 fewer than second-place Ottawa), and tied for the CFL lead with three blocked kicks. That’s more than a quarter of all blocked kicks league wide in 2019.

And in the end, all of those aspects helped the Bombers win football games, perhaps more than one might expect. In 2019, field position had a bigger impact on winning and losing league wide than turnovers, second down conversion, sacks, and explosive plays.

Winnipeg’s average starting field position was the 38-year-line in 2019, tied with Hamilton for first in the CFL. The team with better average field position won 80 per cent of CFL games.

When it comes to the Bombers’ magical run to the Grey Cup in 2019, special teams deserve their own chapter as opposed to merely a footnote. It was a herculean effort, one the Bombers’ organization surely hopes to duplicate in 2021.