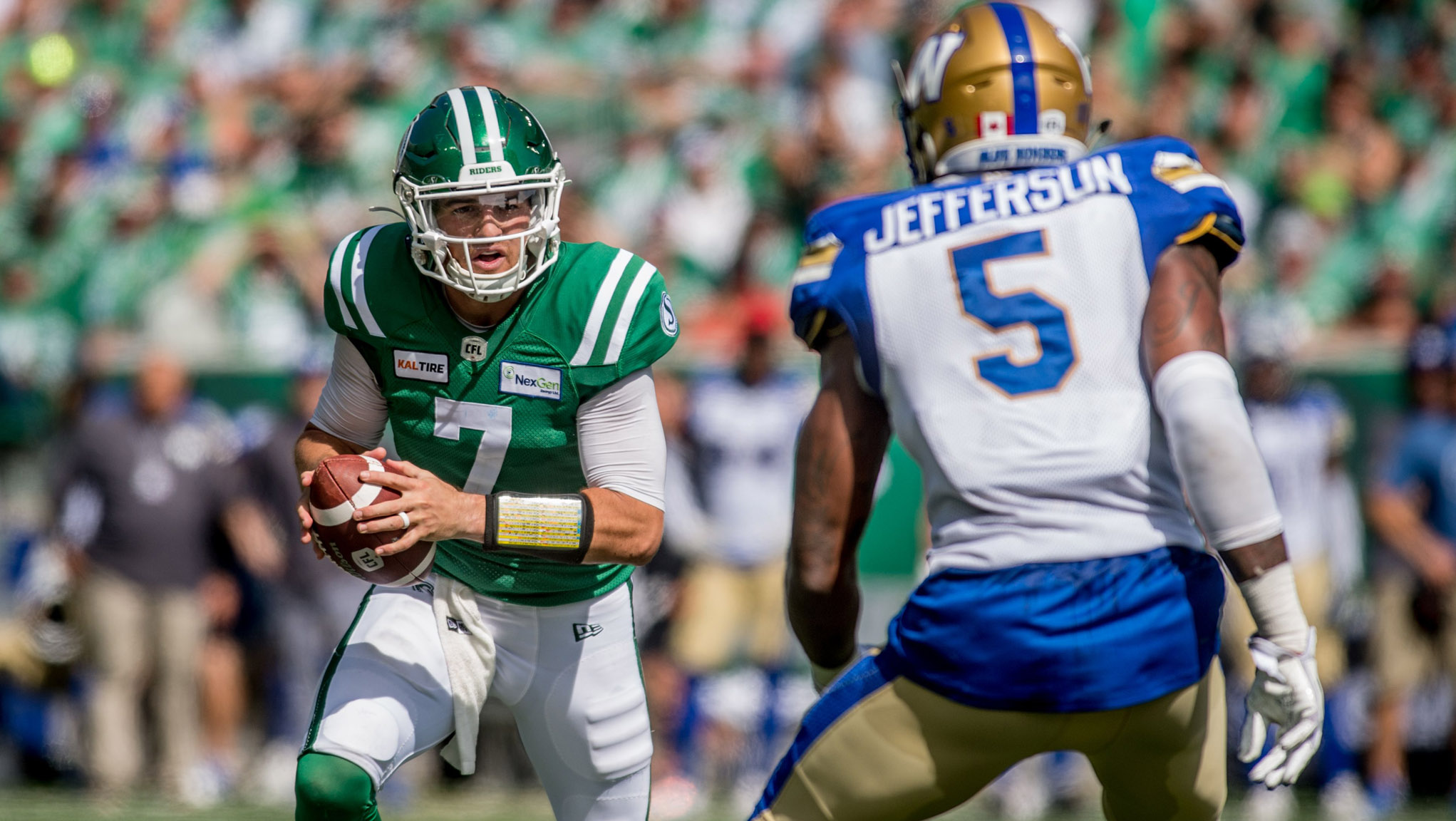 We’re entering into a fun stretch in the CFL off-season.

In a normal year and in normal times, that post-draft, pre-training-camps portion of the CFL calendar isn’t that exciting. As we all know, though, these times have been anything but normal.

On Monday, the league announced that its Aug. 5 kickoff date was a go and that there would be a 2021 CFL season. On Tuesday, it feels like we’ve gained some more momentum with the release of the 14-game schedule that will culminate in a Dec. 12 Grey Cup, played in Hamilton.

After such a prolonged period of uncertainty around the game, all of the little things — like the schedule release and the dates in and around the coming year for the league — serve as positive reinforcements that football is coming back in Canada. We’ve shifted from hoping to waiting and watching plans unfold. That makes this schedule release feel a little more significant.

In total, we’ll have 68 CFL games to watch this year, starting with the Bombers finally beginning the defence of their championship and just over four months later, the Grey Cup being handed out in Hamilton. So while we’re suggesting five games to watch here, don’t limit yourself to just these ones.

You know that feeling where you get together with people after some time apart and things pick up like no time had passed at all? Yeah, this won’t be that.

In total, it will have been 620 days since the Bombers beat the Ticats to win the 107th Grey Cup, so it’s fitting that the last two teams standing in the 2019 season are the ones to bring us back to action in 2021.

Many of the key players will be there: Brandon Banks, Jeremiah Masoli/Dane Evans in Hamilton and Andrew Harris, Zach Collaros and Willie Jefferson in Winnipeg, to just name a few. Notable absences for the Bombers include Matt Nichols, Chris Streveler and offensive coordinator Paul LaPolice. In Hamilton, Larry Dean has moved on while Delvin Breaux and Rico Murray retired.

Still, this is the perfect way to get the ball rolling on the 2021 season.

The Matt Nichols Revenge Tour (MNRT) should be an interesting storyline this season. He watched injured from the sideline as the Bombers ended their Grey Cup drought in 2019 and wasn’t offered a contract when he hit free agency in 2020. The Argos quickly snagged him, the pandemic hit and the two sides couldn’t agree on a restructured contract for 2021. The same was happening in Ottawa with Nick Arbuckle so each team released their No. 1 QB and the players swapped uniforms. It was kind of a trade without a trade taking place.

Needless to say, for a player that thrives on being discredited, counted out, written off, etc. Nichols has plenty of fuel for his tank this year. Prior to his injury in Winnipeg, he was playing the best football of his career and in Ottawa he’s reunited with LaPolice, who came aboard as head coach after the Grey Cup win in Winnipeg in 2019. Nichols’ game in Toronto could be a must-watch. The only negative in the MNRT? The REDBLACKS don’t face Winnipeg this season, unless they meet in the playoffs.

The pandemic has hit across the country in different ways, with each province of course handling it all slightly differently. Knowing that Ontario and Quebec were under strict lockdowns when the CFL went back to the schedule-making drawing board in April, the revised schedule has East Division teams starting their seasons on the road.

That changes over Weeks 3 through 5 in the schedule. It starts with the Argos heading home to BMO Field in Week 3 to host the Bombers.

In Week 4, East fans get to finally see more of their teams. The Argos host the Elks, Montreal hosts Hamilton and Ottawa will welcome BC to TD Place.

Maybe the rowdiest crowd of them all will get what they’ve long been after in Week 5, when the Ticats get to face the Argos at Tim Horton’s Field for the Labour Day Classic.

THE LDC IS BACK

Aside from the playoffs, there is no more meaningful and perfectly Canadian-feeling time for football than Labour Day weekend. If we’re all optimistic that vaccinations continue at the pace that they are and that case counts continue to drop with them, we could see sizeable crowds in Calgary, Regina and Hamilton for these games. The Labour Day weekend wraps up summer and this year the games could signal a major step toward normalcy. Those Sunday and Monday games could provide a first taste of that for thousands of Canadians. 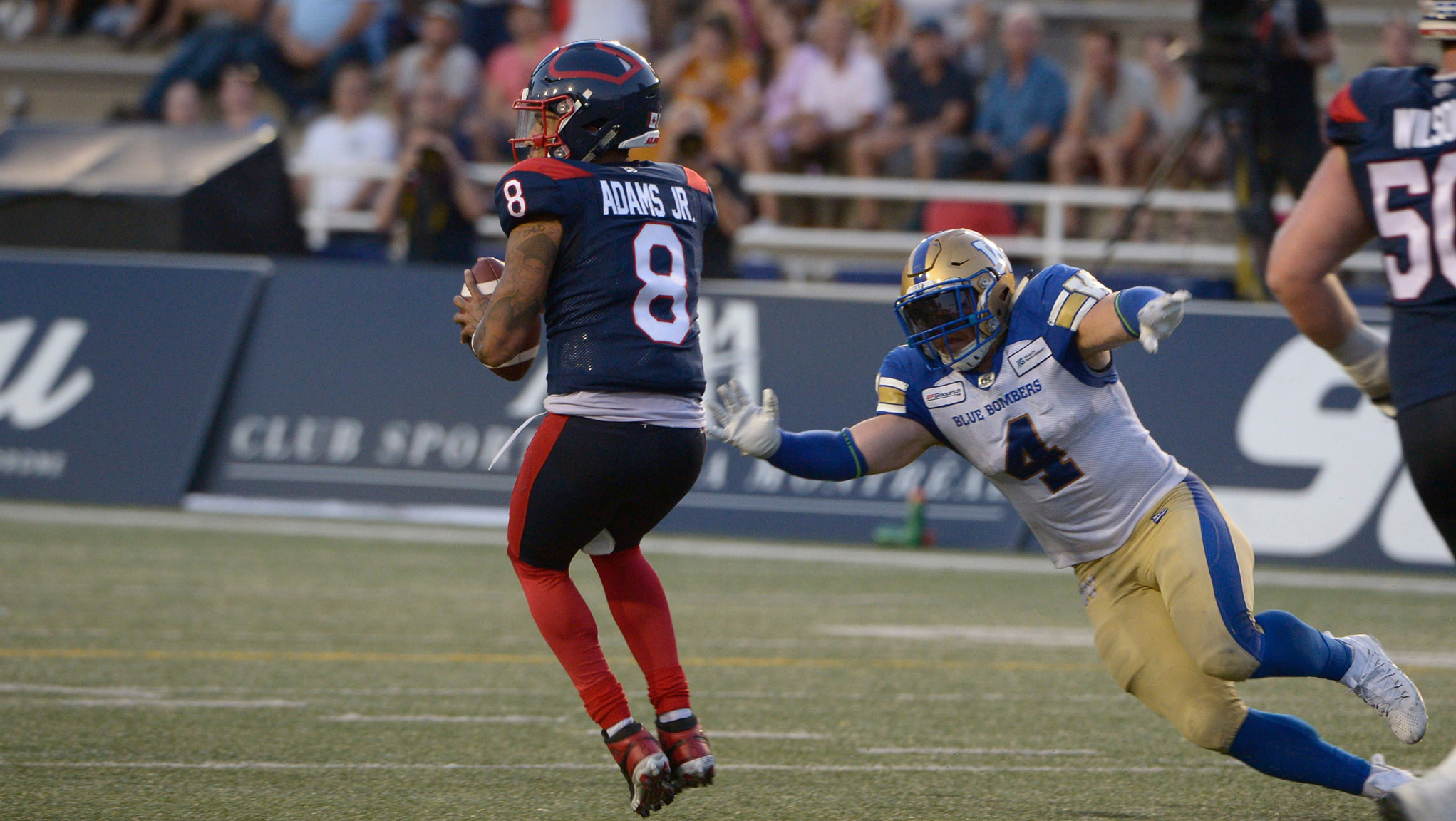 In 2019, the Alouettes and Bombers gave us an instant classic and a fiery game. They’ll get the chance to do it again this year in a home-and-home series in Week 14 and 15 (Peter McCabe/CFL.ca)

That heading isn’t entirely relevant to the post but was too good not to use, in my opinion. We’ll cheat a little on the five games to watch by adding in two that are technically four. I couldn’t pick between them and they’re all worth watching so here they are.

We’ve got a pair of home-and-home series in Week 14 and 15 that should be highly entertaining.

We’ll start with Winnipeg and Montreal. These teams gave us a pair of classics in 2019, with Montreal pulling out a 38-37 comeback win on Sept. 21 and the Bombers exacting revenge at home almost a month later. There were plenty of fireworks in that first game as well, which led to a Vernon Adams Jr. suspension. Both the Bombers and Als should be strong teams again this season and there’s no reason not to expect a pair of great games.

The other Week 14/15 pairing has Edmonton going into Saskatchewan on Nov. 5 and the Elks hosting the Riders on Nov. 13. This will pit Riders’ offensive coordinator Jason Maas against the Edmonton club that he was the head coach of from 2016 to 2019. Maas of course also played for the Elks for 10 seasons. His connections to Edmonton run deep, so his return to Commonwealth as an opposing coach will be a big deal.

The match-up itself should also be weighty. Both teams head into the 2021 season with big expectations and a pair of games against each other this late in the campaign should carry some playoff implications.