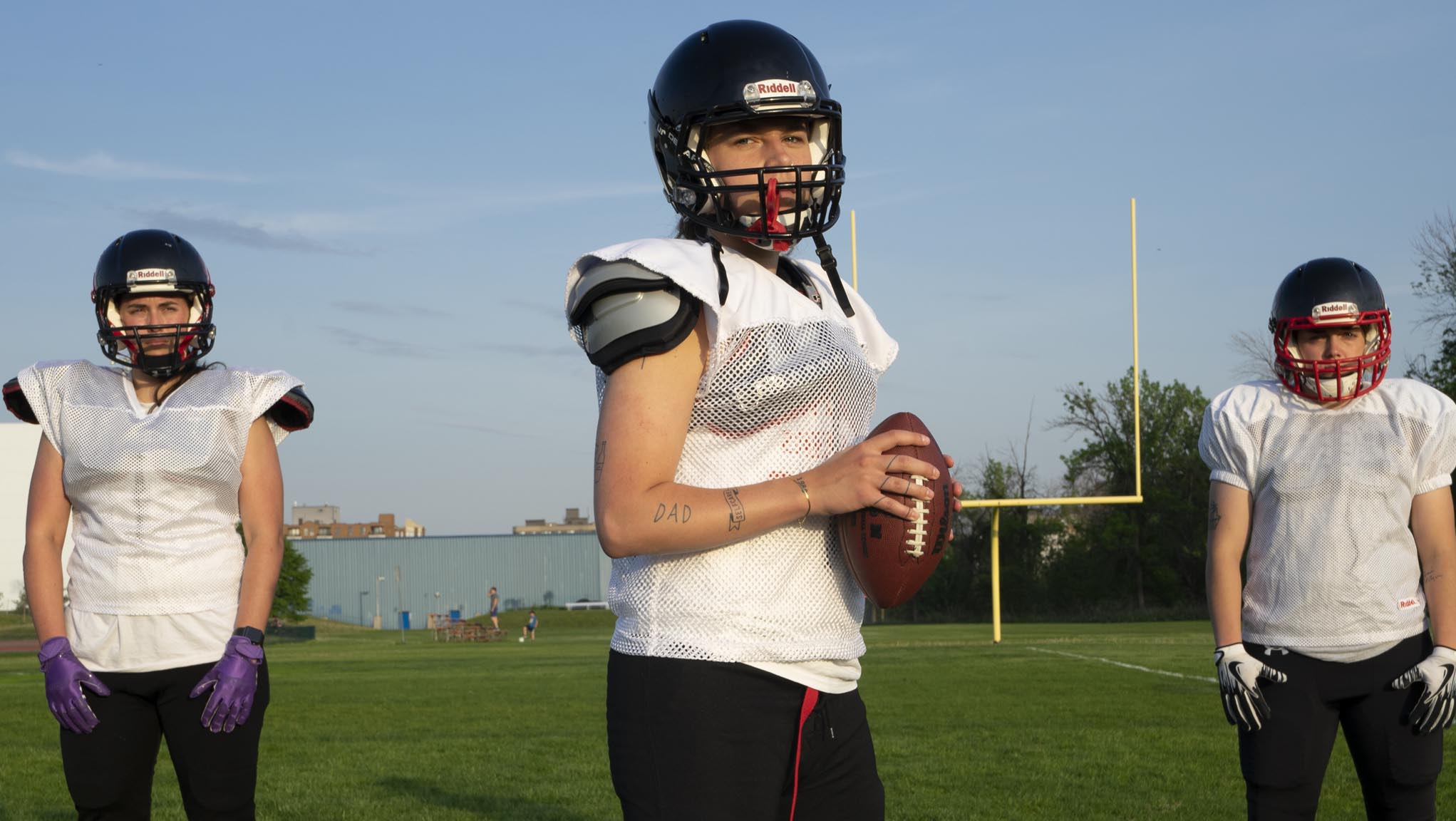 After years of playing on teams in Montreal and southern Ontario that have competed against Americans, a group of football players have decided to finally build something that will allow them to stay local.

With the help of Football Quebec and Football Ontario, The Central Canada Women’s Football League (CCWFL) announced its launch on Monday. The league will begin play in 2022 and will be the first inter-provincial women’s football league in eastern Canada.

The league currently has two teams: The Montreal Blitz and the Ottawa-Gatineau Capital Rebels. It aims to add teams in Quebec City, Toronto, Sudbury and Sault Ste. Marie.

Andreanne Dupont-Parent is the commissioner of the CCWFL. She’ll spend the next year gearing up for the on-field action to kick off and will be talking with stakeholders in different regions as they build and grow their teams.

“I’m mostly very excited that things are coming together and that different people from both Quebec and Ontario are willing to work together to make this work because it’s long-awaited,” she said from her home in Montreal.

“I’m just very excited for the future of senior women’s tackle football in central Canada, that has been mostly non-existent in a structured way in Canada. So it’s big shoes to fill, but like in any team, it’s teamwork. I’m relying on amazing people and hope to keep building, like a great team so that we can spread the word about this project.” 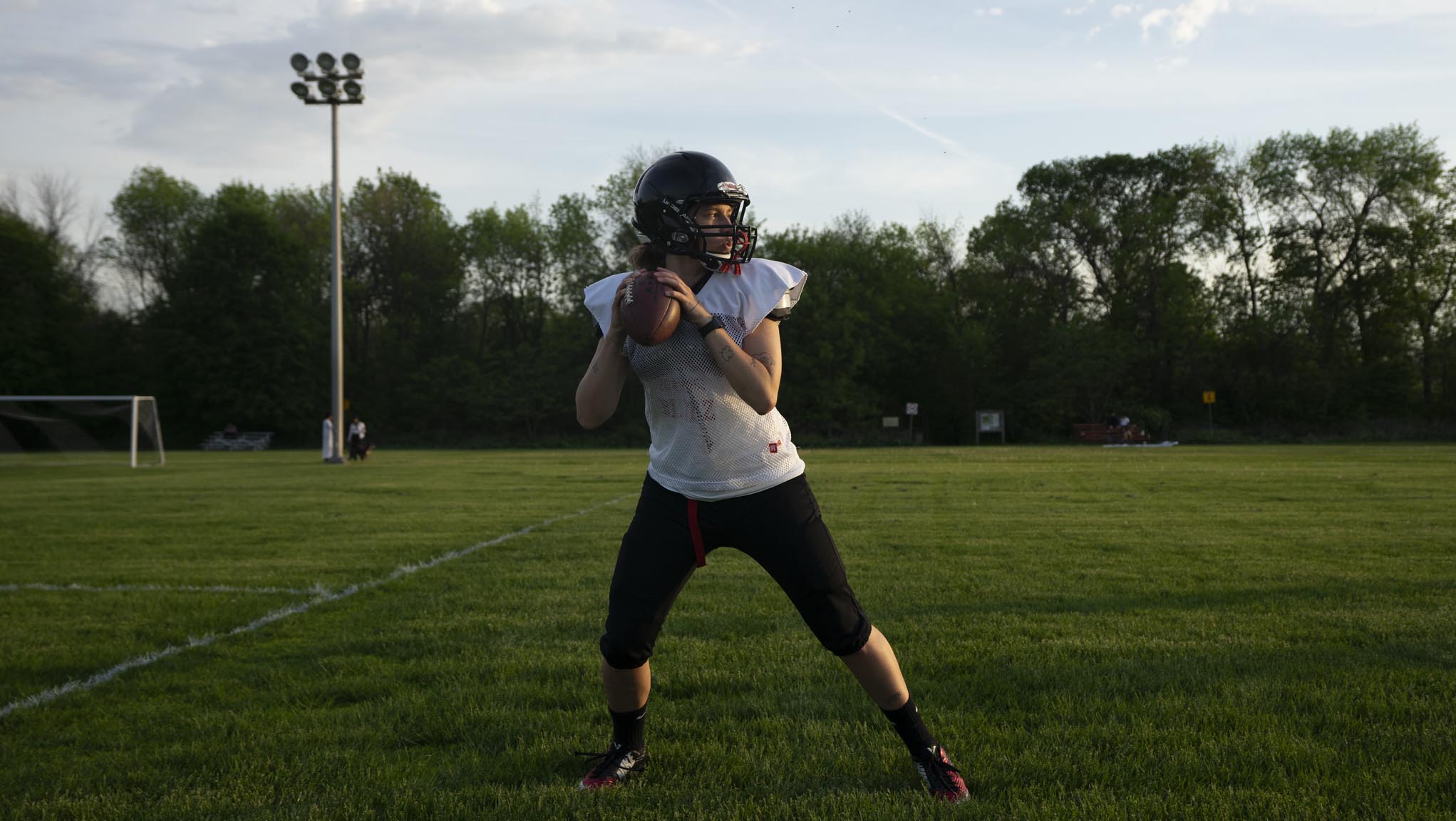 Quarterback Maude Lacasse will be a part of the Central Canada Women’s Football League when its inaugural season kicks off in 2022 ( Photo: Ève Dubois)

While there’s been dedicated interest in the women’s game in Ontario and Quebec — the Blitz has played against American teams since its inception in 2001 and Canadian players close to the U.S. border have joined women’s teams in the States — this will mark the first time that there will be league play in women’s football between Toronto and Montreal, Canada’s two biggest cities.

Dupont-Parent played for the Blitz and for many years that’s just the way that women played tackle football, so that lack of a Toronto-Montreal involvement didn’t seem as strange to her. Over the last year, with border restrictions and time to think about where she’d like to see the game go, that feeling changed.

“In big markets like Toronto and Montreal — and Ontario and Quebec are big football provinces — it made no sense that it had been left on the side and not picked up by any federation or any local clubs,” she said.

The group’s communications and media relations manager Maelle Benoit says that over 50 women have expressed interest in Les Reines since Dupont-Parent held a virtual clinic in February and more than 100 have already inquired about playing in the CCWFL. While that’s great grassroots buzz, this consortium of football-loving women feels like it can be just the start of an explosive growth of the game in the country’s most populous regions.

“I would say personally, I feel like it is something that I would have wanted when I started actually working in football or getting involved in football. I would have wanted to have a league, or access to a league where I could meet women with the same passion as me,” said Benoit, who works full-time in HR and communications for an engineering firm in Montreal and volunteers her time to work in football.

“I think that’s where we are now. There is already a pool of women who are either interested in getting involved in helping other women to to grow in sports, or to play. So there is definitely a need. And that’s something that we’ve been seeing as we started on this project.”

There are the on-field benefits that any football player will tell you come from playing the game: Learning to work within a system, relying on your peers, commitment, sacrifice, etc. A women’s league can also create a world of opportunity for coaches, refs and administrators too.

Sonia Rodi is a co-founder of the Ottawa-Gatineau Rebels. Her 12- and 17-year-old sons play football and she’s loved teaching them the game that courses through her veins. A former rugby player, she started as an assistant coach with the Gatineau Vikings, showing minor football players how to safely tackle. She’s been a linebackers coach and a defensive coordinator since. She’s keen on growing as a coach and regularly attends coaching clinics offered by Football Canada and the National Coaching Certification Program.

“When I go to these clinics, I’m always the only female,” she said. She’s been to coaching clinics put on by the Ottawa REDBLACKS that are open to Ontario and Quebec minor coaches and again, is the only woman in the room.

“We were 150 coaches and I was the only female. Very intimidating, but you know, you kind of get used to being the odd man out, being a female coach. I’m used to it. I hold my ground. I listen and I’m there as a coach. I’m not here as a female; I’m here as a coach. But I think it was easier for me to adapt (than the men).”

Rodi and the Rebels have made a conscious effort to recruit female coaches in minor football and have made strides, but an entire league for women could accelerate that pace and take it to a new level.

“We’re hoping to show the girls, maybe having players come and talk to the girls in class or in gym classes to show them that it’s not because you’re a girl that you can’t keep playing the sport that you love,” Rodi said. 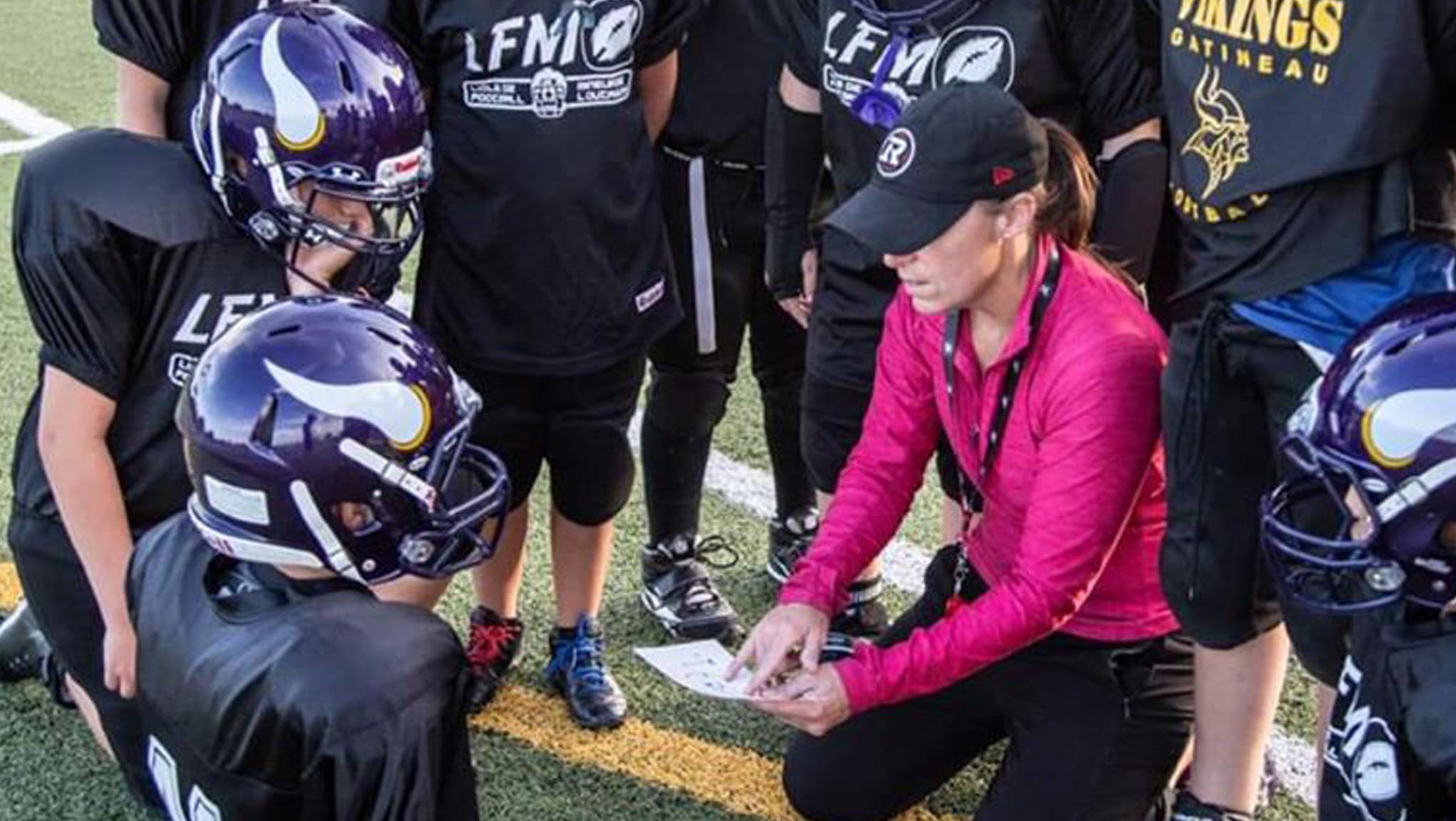 Sonia Rodi is a dedicated coach of boys minor football in Gatineau and wants to open up the coaching ranks to more women (Photo: Sonia Rodi)

She remembers loving football as a kid and being something of an outsider for it. There weren’t a lot of other girls out there trying to get into the games that the boys were playing. Seeing women playing the game can carry a lot of weight with a young girl like that.

“All those little girls that are being told no all the time. They’re the ones that need this family, the football family…attitude,” Rodi said.

“As a woman athlete doing a mostly male-dominant sport, you have to work harder. It’s easier for men because it’s a sport for them. But for women, we just have to work harder for everything. And I think we’re used to it. But as little girls you’re starting, you don’t know yet.

“So you have to teach these girls to work hard and to keep working hard to get what they want, I think that’s what would help them.”

The players, coaches and administrators involved in the CCWFL know they’ve got a lot of hard work in front of them to get to where they want to be in 2022. They’re seeking anyone that can help at the operational or organizational level to help them grow their league.

For more info on the CCWFL or to get involved, contact Maelle Benoit.