Ferguson: Celebrating the CFL treasure that is Brad Sinopoli 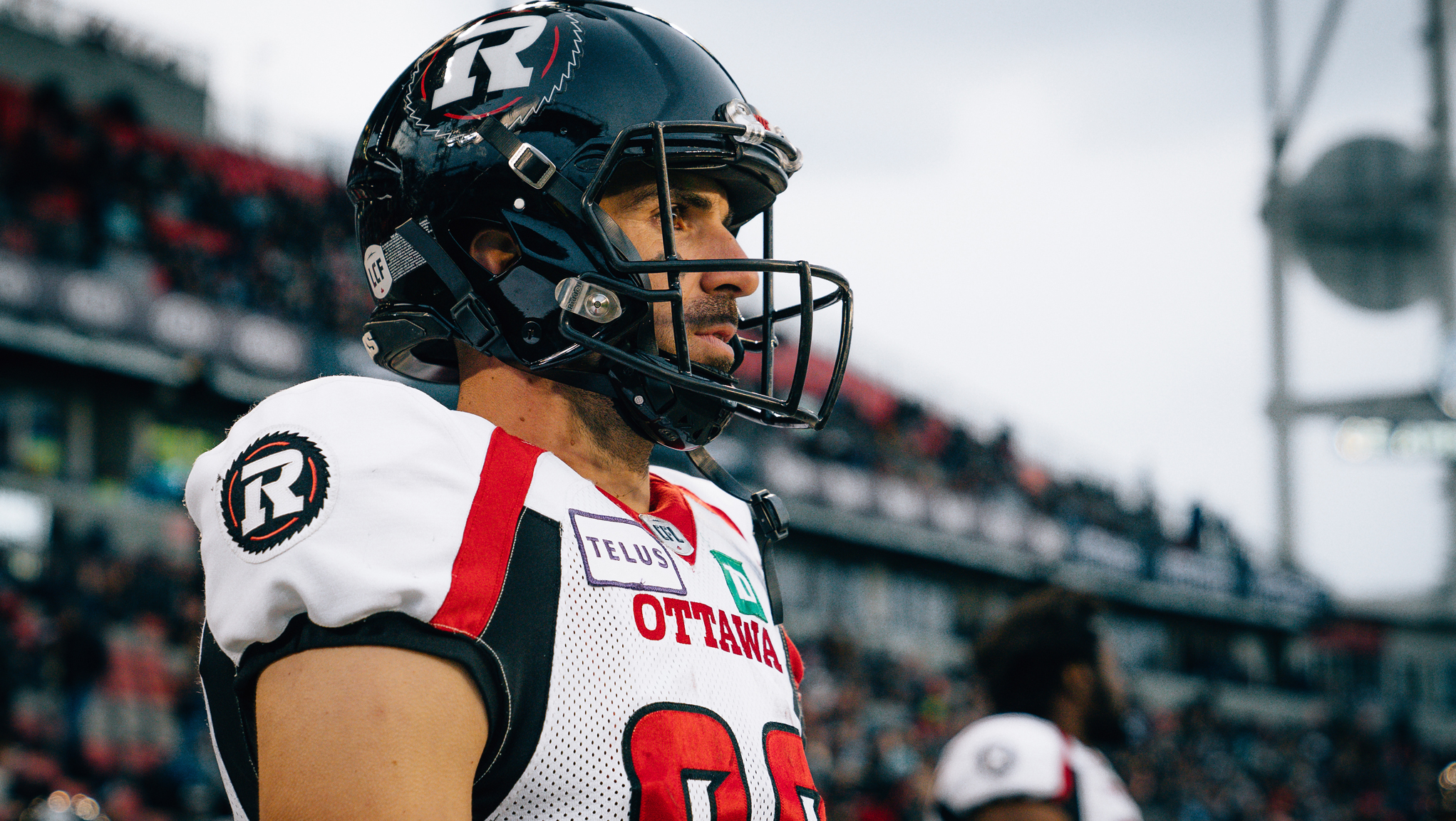 Ferguson: Celebrating the CFL treasure that is Brad Sinopoli

I remember the first time I heard about Brad Sinopoli.

You usually do when you learn about a legend in the making, one that you know has something special the rest of us don’t.

It was 2006 and Brad was a senior quarterback at Crestwood Secondary in Peterborough, Ontario. In order for my school – Frontenac Secondary in Kingston – to make it through the OFSAA playoffs we’d have to go through Crestwood, and in effect the one man show that was quarterback Brad Sinopoli.

I reached out to longtime Frontenac offensive coordinator Mark Magee to ask for a look inside the time capsule of Sinopoli’s game.

“We won, but he did it all,” Magee said. “He ran a lot and could put it anywhere out there he wanted. Funny thing is we didn’t know much about them, but we knew he was THE guy.”

Brad would go on to be THE guy for the University of Ottawa Gee-Gees, where I would get a second glimpse at what made him so special before ever reaching the CFL.

I was a first year at McMaster. Brad was, again, a senior quarterback and the producer of all things offensive production for his club. Ottawa was the second-ranked team in the country when my Marauders stormed into town and took a 28-17 lead late in the third quarter, while intercepting Sinopoli four times, but then something special happened.

Brad didn’t stop. His confidence was unaffected by the nasty stat line and his battle-tested veteran presence led Ottawa back to a 43-35 victory overcoming an 18-point deficit.

The next year Brad would be drafted 29th overall as a quarterback by the Calgary Stampeders.

An honour uncommon for many reasons, but well earned.

As fate would have it, I ended up in Calgary training camp as part of the U SPORTS (then CIS)-CFL Quarterback apprenticeship program in 2013, the same year Sinopoli began the transition to full time pass-catcher. His transition to receiver wasn’t before showing off his arm one last time during rookie camp when veteran Kevin Glenn wanted to save himself for the real camp and incumbent starter Drew Tate was rebounding from an elbow injury.

Sinopoli’s first throw was a corner route which travelled about 35 yards down field to the wide side and never got more than 15-yards off the turf. A true ‘one arc’ throw if I’ve ever seen it. It was a bullet that pierced the Calgary air and made everyone on the field wonder how it’s possible Sinopoli was changing positions?

The answer, of course, is because as talented as Sinopoli was at quarterback, his athleticism and understanding of the game was equally applicable to playing receiver. That’s a transition that many are offered or are asked to make, but few ever complete. Especially with anywhere close to the success Brad found over the last seven years.

As a receiver, Sinopoli would surpass 1000-yards four times while endearing himself to the RNation faithful with every media availability, community event and second down conversion. What I loved about watching Brad’s game so much was that in the era of the NBA three point explosion, record home runs, strikeouts in baseball and analytics everywhere showing us the value of the big play, Brad was a grinder.

Sinopoli owned the middle of the field, settling between zones, escaping man coverage on crossing routes and sacrificing himself at times to create the perfect rub on a teammates defender to spring them for a big gain that would never show up in his stat line. If Wayne Gretzky’s home was behind the net, Sinopoli’s was under 15-yards between the hashes where he was as likely to make a diving grab extending a drive as he was a smooth one-hander in stride.

He dribble kicked behind the line of scrimmage trying to recover for a first down finding a loophole in the CFL rulebook. He was a constant threat for a double-pass as then offensive coordinator Jaime Elizondo preyed on defensive backs unaware of his illustrious Canadian quarterbacking past.

He was unique in every sense of the word from body type to playing style and beyond.

This past January amongst the chaos and fanfare that was the Arbuckle-Nichols saga in Ottawa, Sinopoli quietly re-structured his contract to stay in his forever home of Ottawa without any attention.

A classy, understated gesture perfectly in sync with his Canuck smile, charisma and natural charm.

Brad Sinopoli was a CFL treasure and will deservingly be celebrated as such for the rest of his life.