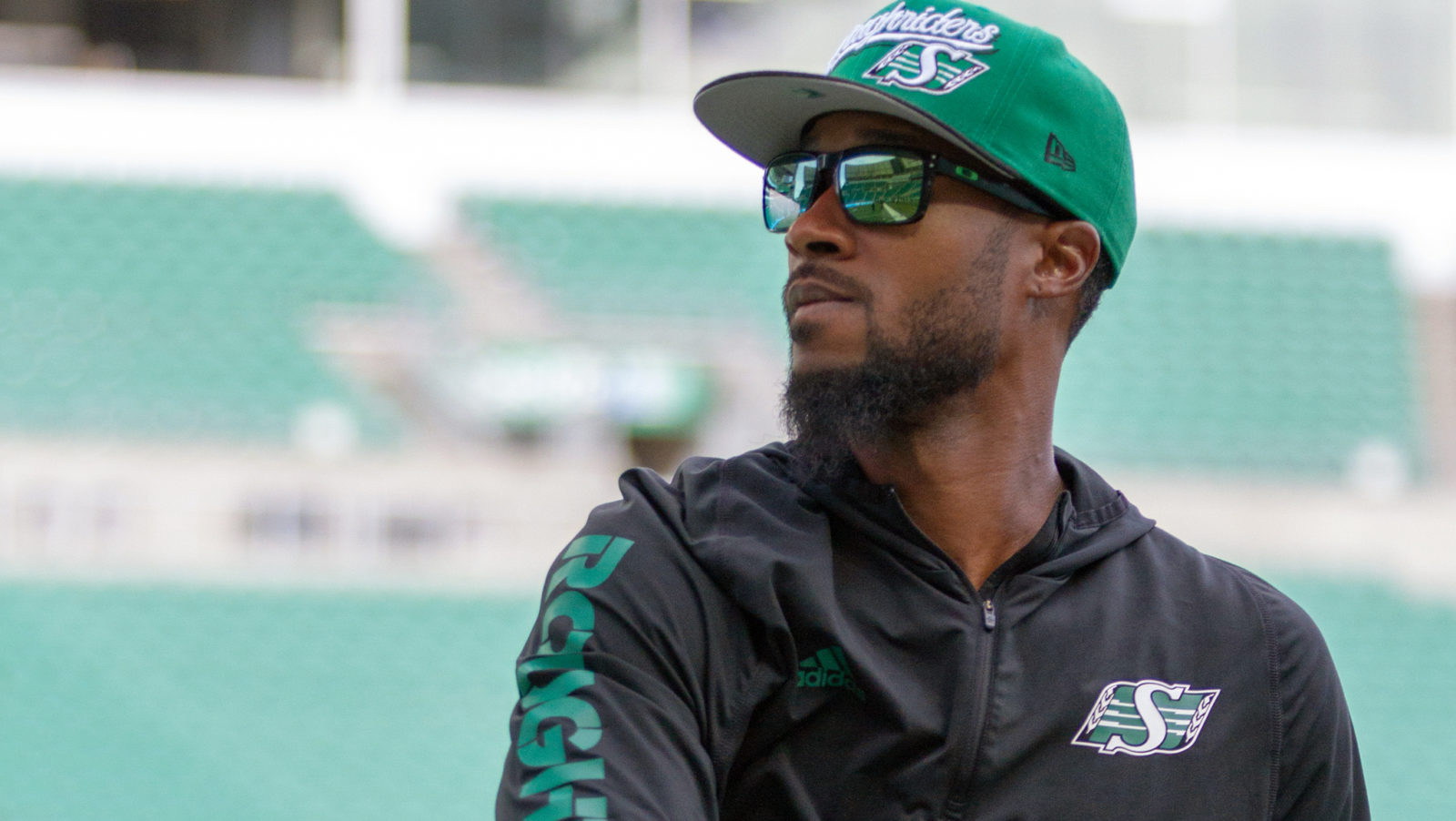 Jason Shivers has many playmakers to work with on the defensive side of the ball in 2021 (Riderville.com)

As we gear up for the Saskatchewan Roughriders 2021 season, let me introduce you to some of the stars of the defence.

So let’s move on to one of the top up and coming linebackers in the game and a 2019 CFL All-Star in SAM linebacker Derrick Moncrief. What’s that? NFL? Cool.

But 2019 West Division nominee for Most Outstanding Canadian Cameron Judge is back, right? No? He’s in Toronto too.

Not exactly the greatest way to start a column on how the Roughriders are going to return to glory of a 13 win season. The Riders defence in 2019 was first in yards allowed/game, second in points/game and tied for first in sacks.

The good news is that while the Riders may have lost those four key playmakers, the eight other players from that defence are due back along with some very proven replacements.

Freddie Bishop III comes in to keep the pressure on the quarterbacks. Larry Dean was a fellow western All-Star with Elimimian in the linebacking corps to solidify the middle of the defence. Deon Lacey moves from the NFL back to the CFL where he was All-Star calibre to fill the shoes by Cameron Judge. Lorenzo Jerome comes in from Calgary to bolster the options for the empty spot left by Derrick Moncrief.

What stays for Saskatchewan is one of the most underrated defensive coordinators in the CFL, Jason Shivers. The understudy of Chris Jones over the last handful of seasons, Shivers added more wrinkles to an already proven defensive philosophy.

RELATED
» Ready for Kickoff: Previewing the 2021 CFL season
» On The Way Up: Riders hoping for a spark on special teams
» A look at every team’s Off-Season Depth Chart

Remember, the Riders were also coming into the 2019 season after losing defensive guru Chris Jones, All-Star end Willie Jefferson to the Winnipeg Blue Bombers and stand out linebacker Sam Eguavoen to the NFL. What did they do? They found the next man up and continued to be an extremely difficult defence to play against.

So let’s start up front. While Freddie Bishop has a proven track record of being a top pass rusher in this league, the Riders also have A.C. Leonard coming off the other side. Leonard could be one of the least appreciated pass rushers in the CFL because he played in the shadow of Charleston Hughes in 2019.

Leonard was moved to defensive end after a career as a receiver when he came to Saskatchewan in 2016, so realistically to improve on your sack total year in and year out over the last four seasons, sets him up to potentially top his career high of nine sacks in 2019.

Add in a motivated Micah Johnson, who had a down 2019 because of ankle injuries and interior Canadian defensive linemen Makana Henry and Charbel Dabire, the Riders front four still look formidable, even without sack master and ageless wonder Hughes.

The Riders depth on the defensive line did take another knock this week when Chad Geter announced he’s decided to end his football career and join the U.S. Air Force. Geter started his career as a great special teams player but his three sacks in six games for the Riders last year started to show his promise in coming off the edge. So it’ll be another important training camp for the Riders to find the pass rushers behind Bishop and Leonard to get the job done on what is usually a very busy rotation along the defensive line.

Now, the front seven of the Riders was an amazing group of playmakers in 2019 and behind the defensive line is another decent duo of Deon Lacey and Larry Dean, who give the Riders some stability at what could have been an extremely gaping hole if general manager Jeremy O’Day didn’t get aggressive to fill the holes of Judge, Moncrief and Elimimian.

I want to throw a lesser known player into the conversation in trying to replace some talent; Oluwaseun Idowu. I’m looking out for the second year Rider to get an opportunity to play himself into a bigger role in 2021 after playing a handful of snaps per game in 2019.

O’Day also picked up some quality Canadian linebacking depth in the Herdman-Reed twins and Nakas Onyeka just in case they need to go Canadian at one of the linebacking spots for ratio purposes. 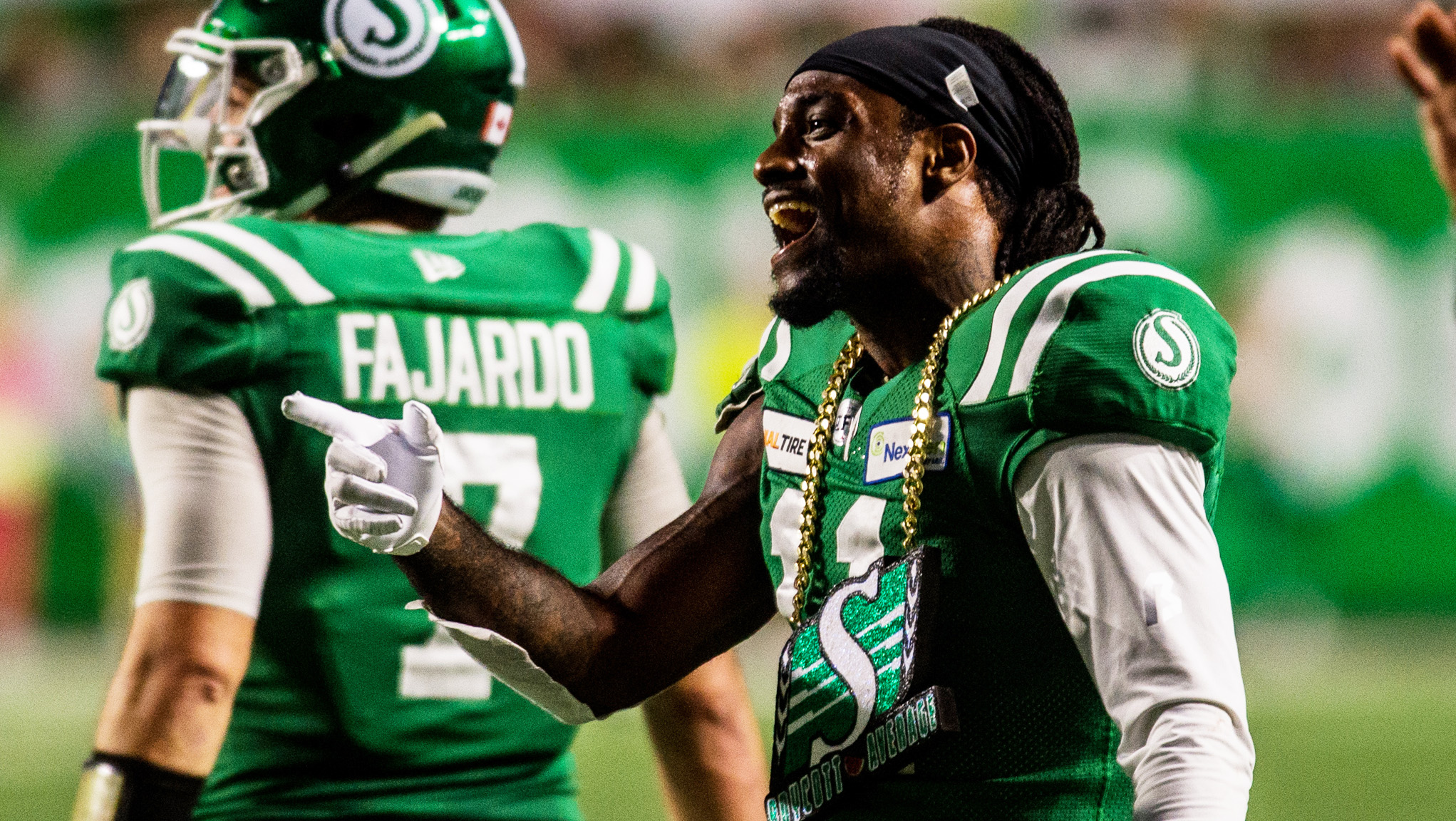 What I haven’t even touched on yet is the stability in the secondary for the Roughriders. Nick Marshall, Ed Gainey, Mike Edem, Loucheiz Purifoy, L.J. McCray and Elie Bouka are all coming back.

As unstable as the front seven is compared to 2019, the five or six defensive backs the Riders used on a consistent basis last year are returning and cohesion in the secondary can make a massive deference. Teams without it can see a bunch of communication and assignment errors early in a season. This veteran group is hoping to pick up where they left off.

Nick Marshall, a former college quarterback, is turning into a top notch corner while Mike Edem is hoping to build off a Western All-Star season in 2019 after Jason Shivers put him all over the field to make plays.

While key departures might define the Roughriders coming into the season, I fully expect to see them remain as one of the top defences when all is said and done in 2021.