Solving The Puzzle: REDBLACKS putting together the pieces on defence

Solving The Puzzle: REDBLACKS putting together the pieces on defence 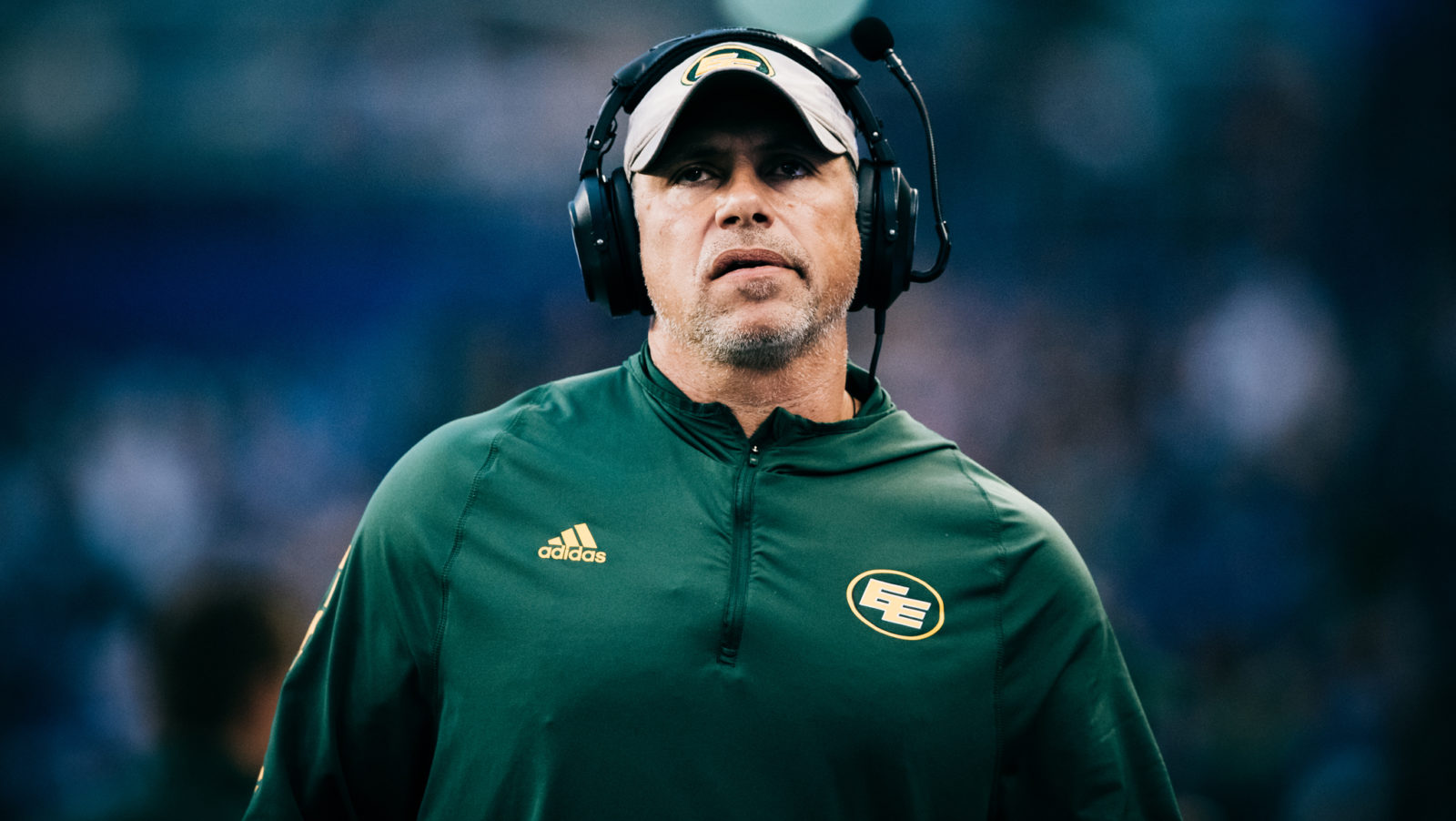 The Ottawa REDBLACKS hired Mike Benevides as their defensive coordinator in December of 2019 (Johany Jutras/CFL.ca)

Time now for part two of my three-part series previewing the upcoming 2021 season for the Ottawa REDBLACKS. In this edition we focus on the defence.

There is no point beating around the bush or trying to sugar coat things, so let’s be brutally honest, in 2019 Ottawa was a disaster on the defensive side of the ball. There are a number of factors you can point to from injuries, new players and it is worth highlighting just how difficult it is to field a high caliber defence when your offence is constantly punting the ball back to the opponent. But the numbers are the numbers and Ottawa allowed the most points, yards all the while generating a scant number of turnovers or sacks. Hey, if you want to read all things rosy and happy about the 2019 version of the REDBLACKS check out my preview of their special teams.

Allow me a quick tangent. With it being summer, I find I am constantly exposed to jigsaw puzzles being done by other family members or friends. I have no idea why but the moment the weather gets nicer jigsaw puzzle activity jumps up by 64 per cent and I want nothing to do with them. It is a tedious journey into frustration as you try and amass all the border pieces and separate the rest by colour. But the most difficult is the jigsaw that is just one colour. No ‘Star Wars’ recreations, no unicorns just a big blob of purple. My aunt loves these puzzles and I have seen here preserve until all 4,000 purple pieces have been properly assembled.

I mention this story because it reminds of the task in front of Ottawa’s new defensive coordinator Mike Benevides and the rest of his staff. They have to find a way to solve a very difficult puzzle: the Ottawa defence that gave up 33 or more points in six of their last 10 games. Coach Benevides has the experience to reinvent this group; he has won multiple Grey Cups as an assistant and has been coaching defence for nearly two decades.

Much like when you can’t find that one corner piece, there are so many unknowns going into this year. What sort of shape will players be in? How long will it take them to get back into football shape? And how long will it take to shake the rust off considering their will be no pre-season? When the season does kick off it will be nearly two years since any player has run a route, made an open field tackle or try to and take down the quarterback.

My first question is how much bounce back can we expect from a squad that in 2021 will look very familiar? The last time Ottawa played was on November 1, 2019 (a 42-32 loss to the Montreal Alouettes). The top five leading tacklers on that day (Avery Ellis, Jerod Fernandez, Antoine Pruneau, Randall Evans and Corey Tindal) are all slated to start in Week 1.

Of the names mentioned, Ellis is one that intrigues me the most as, unlike so many members of this defence, he is well under 30 years of age (26). Ellis was tied for the team lead with seven sacks and easily could reach double digits with reinforcements coming on the defensive line. A fully healthy Pruneau (missed nine games in 2019) will obviously be a boost and of course, the future is bright for Fernandez, who as a rookie had 53 tackles in 11 games.

But of course, putting together a difficult puzzle also means you have to figure out all the new pieces that look like they can all magically fit together.

Let’s start with the famous alumni defensive back Abdul Kanneh. One of the original REDBLACKS and 2016 Grey Cup champ, Kanneh is back after a three-year hiatus of wandering around the rest of Ontario. No team had a worse touchdowns allowed (31) to interceptions generated (12) ratio than the REDBLACKS. The team is going to need the original Ottawa version of Kanneh that saw him post 12 interceptions and two All-Star nominations in his three years in the capital.

It was only three ago that Davon Coleman made the West All-Star team from his defensive tackle spot as a member of the BC Lions. Fun fact about that 2018 season, six of his sacks came against Hamilton and Montreal so Coleman should fit right in with a unit bent on stopping the top two teams in the East.

The Cleyon Laing addition was fascinating not because of his fit – it makes absolute sense to bring in a three-time East Division All-Star who can terrorize the middle of the pocket while carrying a Canadian passport in his back pocket. What is fairly unique about him is the fact he signed a three-year deal with the REDBLACKS. As someone who craves stability and often gets confused at the start of training camp about who is where, I love the idea that if you want to find Laing over the next three seasons it will be easy to do. Just flip on any Ottawa game and focus on what level of distress the other team’s guards and centre are under. 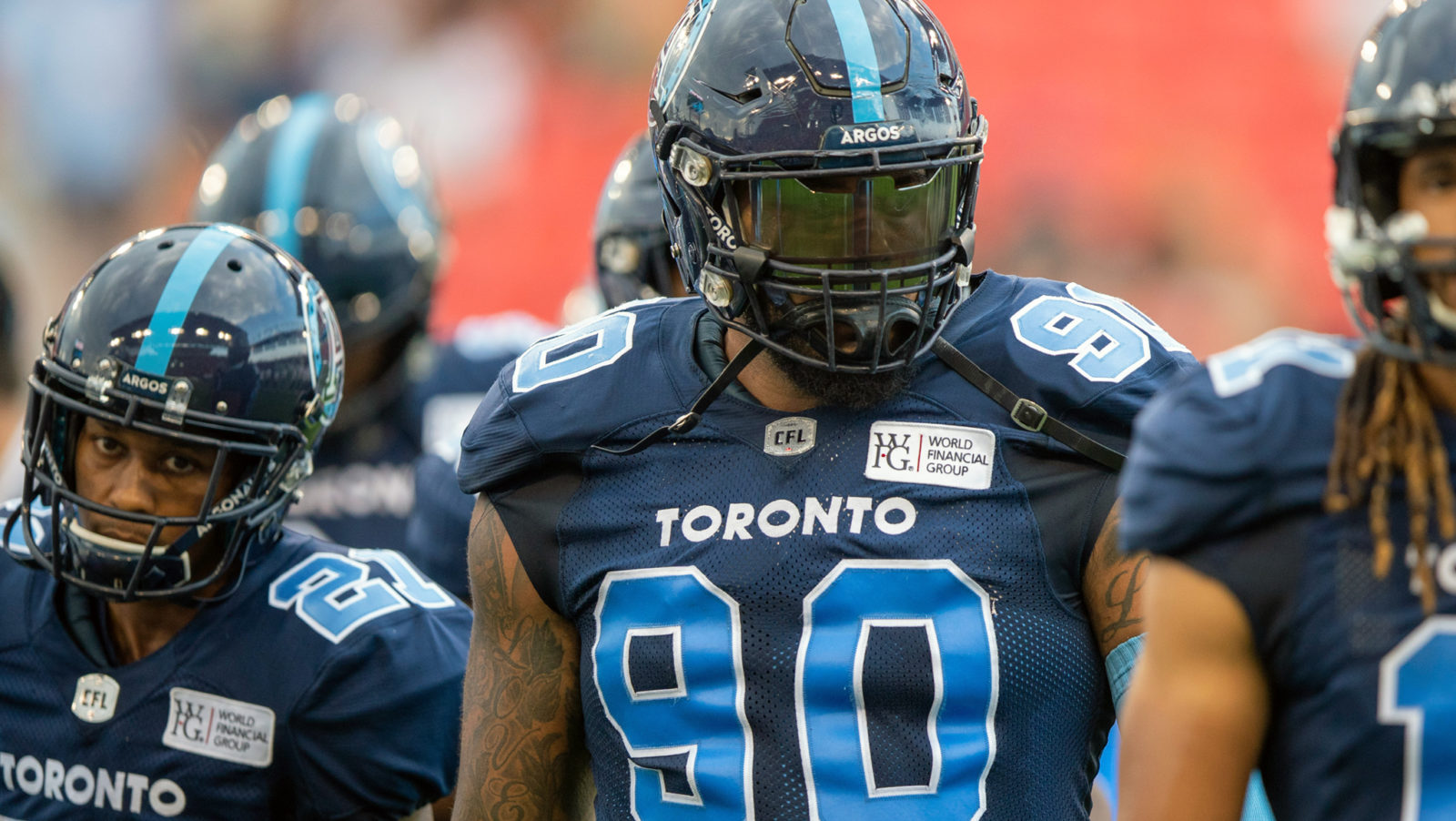 Cleyon Laing signed a three-year deal with Ottawa as a free agent in 2020 (Geoff Robins/CFL.ca)

Rounding out the new defenders on the block is Don “The President” Unamba. (Click here for the reason for this nickname.) Ever since COVID hit, thousands of people have been forced to take on new jobs, learn new skills and reinvent themselves. In any other time period, you would summarize Unamba’s last year as “unique” but in the context of COVID his story has become the norm. The 2018 CFL All-Star certainly has range, not just on the football field but in work life as well. Don spent the past year working as a machine operator, a welder and was coaching defensive backs and linebackers for the Fan Controlled Football League in Georgia.

The only concern with these additions is all of them are 30 years or older. All these players have impressive backgrounds, all have produced, but the only question I have is will we see a big turnaround because of their veteran leadership or will there be a drop-off due to injury?

The last piece of the puzzles is the oldest “rookie” you’ll ever come across, defensive linemen Stefan Charles. The journey of the former 10th overall pick in the 2013 CFL Draft has been well documented going from starting his football career late in high school, playing junior ball to making it in the NFL without receiving one football scholarship along the way.

Charles is best known for his time with the Buffalo Bills where he managed to sack Tom Brady twice during his time in Orchard Park. As sports fans we are always drawn to the great unknown and that is what Charles represents. He was a guy who was highly rated coming into the draft, bounced around in the NFL, earned every tackle he ever made is now coming full circle in Ottawa at the age of 33.

The potential is there for Charles to stand out, now we just have to see if it was all worth the wait. In a way Charles symbolizes this entire defensive unit, there are so many proud veterans who have achieved so much in their respective careers, but now the biggest challenge awaits them.