Collaros, Bombers are overjoyed about getting back on the field 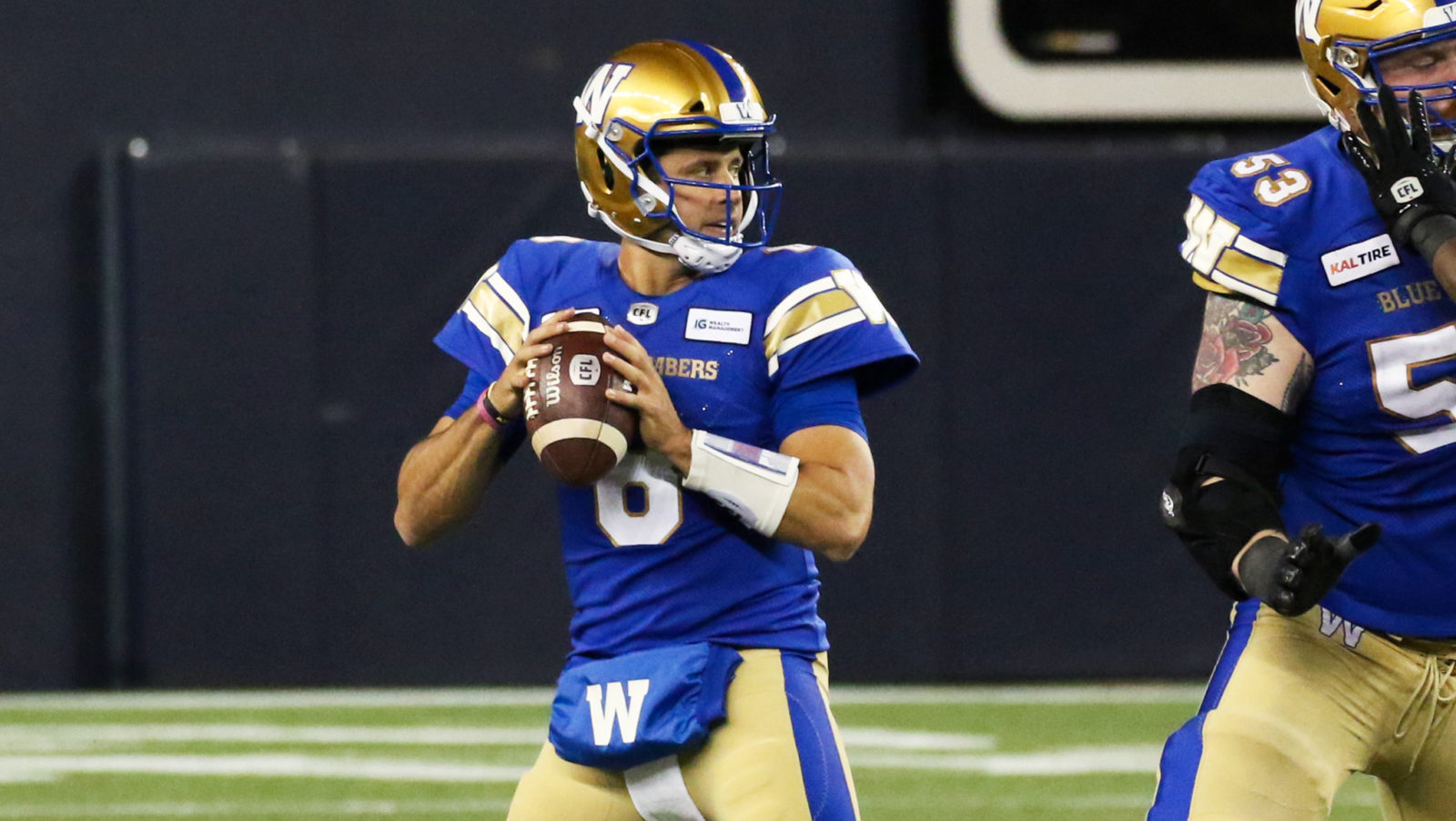 Collaros, Bombers are overjoyed about getting back on the field

WINNIPEG — In many ways it feels like a lifetime ago since Zach Collaros lifted the Grey Cup above his head for the first time in his career.

The Winnipeg Blue Bombers’ quarterback capped one of the most unique individual stories in league history through the 2019 season. He started the year as the Saskatchewan Roughriders’ No. 1 QB, but was injured on the third play of the first game on the schedule. In his absence, Cody Fajardo emerged and became the Riders’ QB of the future. The Riders traded Collaros to Toronto, but his injuries kept him sidelined as the Double Blue’s season slipped away.

RELATED
» Ready for kickoff: Previewing the 2021 season
» When it comes to special teams, Winnipeg sets the gold standard
» Bombers add three to their trenches

The Argos dealt Collaros to the Bombers in a last-minute deal at the trade deadline in October. With Matt Nichols injured and the team’s grip on first place slipping away, Collaros took to the field for the first time in 19 weeks, in the Bombers’ regular-season finale. The team didn’t lose a game the rest of the year, getting to the playoffs and winning three times on the road to end Winnipeg’s 28-year Grey Cup drought.

The Bombers extended Collaros in January, 2020, inking him to a two-year deal. Then the pandemic hit, putting that fascinating story of his on pause. One of the (very) few upsides to the past year is that it let Collaros — a player that’s dealt with his share of injuries over his eight-year career — heal up to be ready for the start of training camps on July 10.

“I think it probably helps everybody, just being able to rest your body,” Collaros told reporters on a conference call on Monday.

“It will be interesting I think for everybody that hasn’t played for a year and a half or however long this has been to get out there and get hit again. That next morning’s soreness will definitely be felt a little bit more, I think.”

Despite the incredible playoff run and the extension that followed for him, training camp will be big for Collaros. For all of that success he enjoyed with the team, he’s still only played four career games for the Bombers.

“I think it’ll certainly help with the on-field chemistry stuff,” he said.

“We’ve gone over the playbook and being able to read through that and talk with Buck (Pierce, the team’s offensive coordinator) and talk with Sean (McGuire, the team’s backup QB) and the other guys about it, that’ll definitely be invaluable.

“Being off for so long, just getting the opportunity to go and compete is what I’m really looking forward to.”

More than anything, Collaros has missed that time with teammates and the day-to-day grind of camp and the regular-season.

“It was four or five weeks (in 2019) and I felt like I’d been there for a long time. That speaks again to the organization and leadership that we have and to the guys in the locker room.”

The Bombers as a whole will return to IG Field largely intact. Two free agencies and a cancelled season did minimal damage to the defending Grey Cup champs’ roster, though they didn’t get away from it entirely unscathed. Pierce will assume O.C. duties from Paul LaPolice, who took the head coaching gig in Ottawa after the 2019 season. The former Bombers’ QB should slide into the O.C. role naturally, after spending the past six seasons on staff in Winnipeg, climbing his way up to the job.

“From the moment that I joined the organization he was somebody that I looked up to when I first got into the league. His style of play, his competitiveness is something that I wanted to emulate.”

Collaros said it’s been helpful to talk shop with Pierce and appreciated his openness to new ideas.They both appreciate seeking out that one per cent advantage that can make the difference for them each game.

“That open line of communication in our meeting room will do a lot for the entire room and specifically for our relationship.”

The tone of Monday’s call was an optimistic one. After a long year away from the game, Collaros, head coach Mike O’Shea and GM Kyle Walters seem happy to be headed back to what they love the most.

“The first practice is going to be the first time they’re on the field together. That’s going to be I think for me, personally, will be pretty emotional,” O’Shea said.

“Just watching (the players) interact is going to be fantastic.”