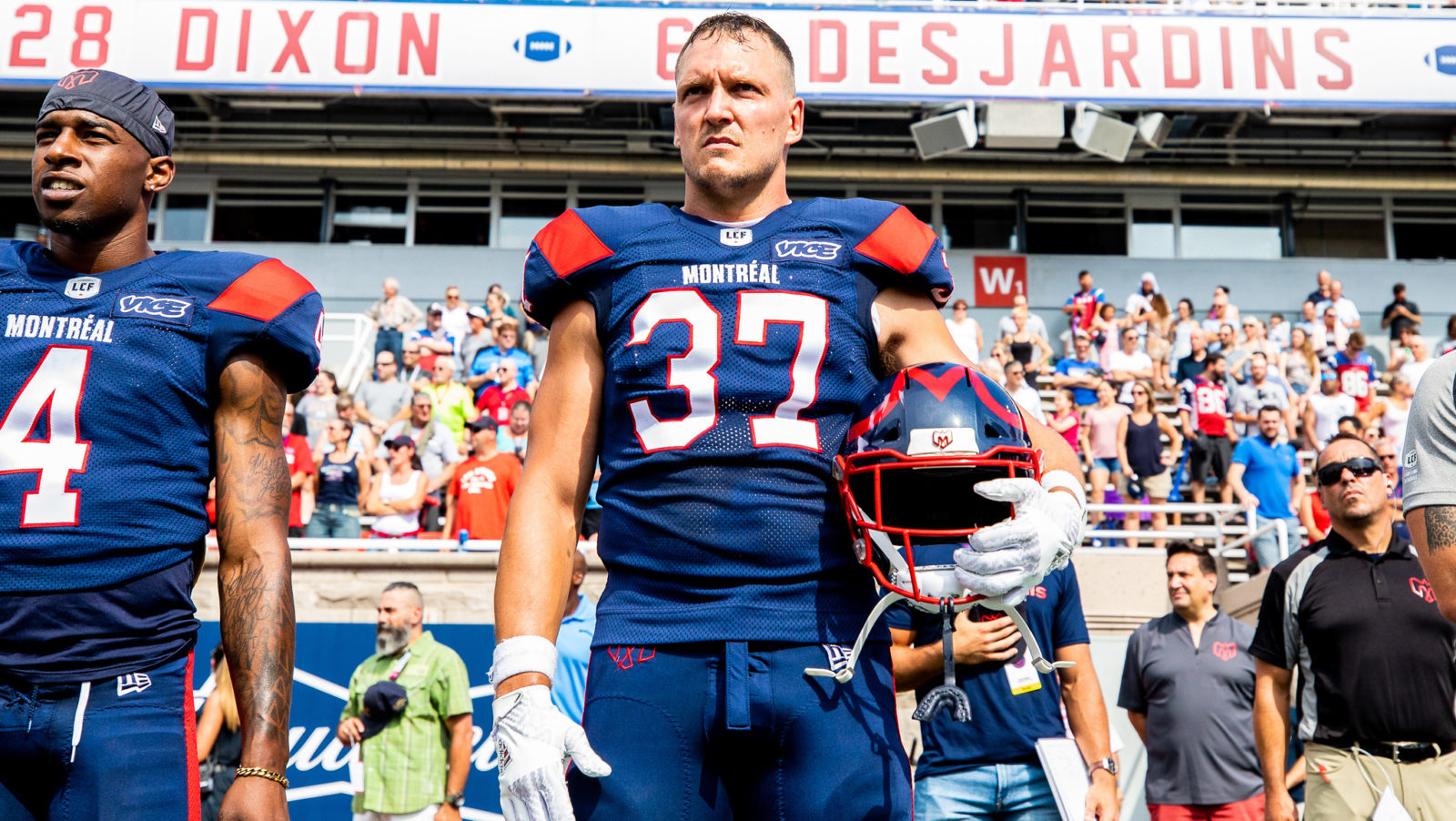 MONTREAL — Montreal Alouettes long snapper Martin Bédard announced his retirement from professional football on Thursday, following a glorious 11-season career in the CFL, all with his childhood team.

Bédard (6’3″, 237 lbs.) arrived in Montreal in 2009 after being selected in the second round (14th overall) during the Canadian Draft. He then helped the team win consecutive Grey Cups in 2009 and 2010. The 37-year-old Quebec City native played 179 games in 11 seasons in Montreal. The former University of Connecticut Husky registered an impressive total of 68 special teams tackles during that spawn.

On top of lending a precious hand to the Alouettes on the field, Bédard proved to be just as useful off of it, as he visited numerous schools throughout the province, where he discussed and explained his educational-upbringing, inciting young Quebecers to make the right decisions and to stay in school. 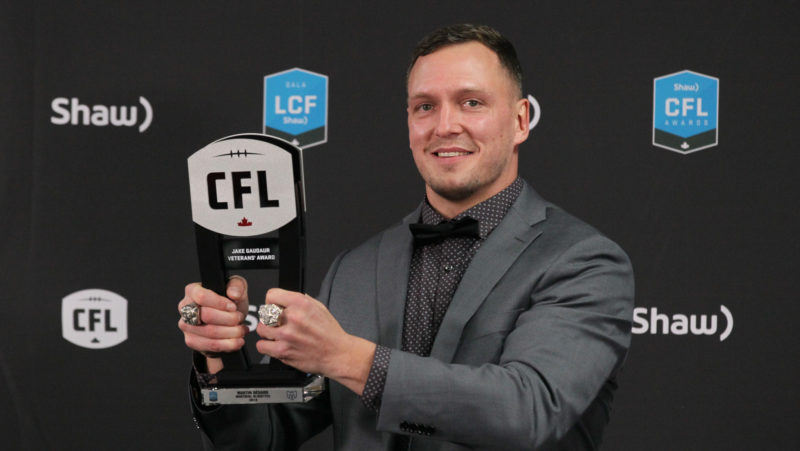 Bedard poses with the Jake Gaudaur Trophy that he was awarded in 2019 (Dave Chidley/CFL.ca)

“I consider myself lucky to have played my entire career with the same team, in my home city and province. I want to thank all of my coaches, teammates, as well as our fans for those memorable years,” said Bédard. “The Grey Cups, the parades, the electrifying crowds in Montreal, opposing crowds that we silenced while I had the word Montreal spelled on my chest, are all memories I will cherish forever.”

Bédard efforts on and off the field where recognized following the 2019 season, as he was awarded the prestigious Jake-Gaudaur Trophy. The honour has been awarded every year since 2010 to a Canadian CFL player who best demonstrates the attributes of Canada’s veterans: strength, perseverance, courage, comradeship and contribution to Canadian communities.

“We would like to thank Martin for all that he has done for our organization. He has been a true pillar in the community, as well as a leader in our locker room. The job of long snapper is an ingrate one, and Martin did it without any hiccups, all while almost always being one of the first guys down the field to make the tackle,” declared General Manager Danny Maciocia