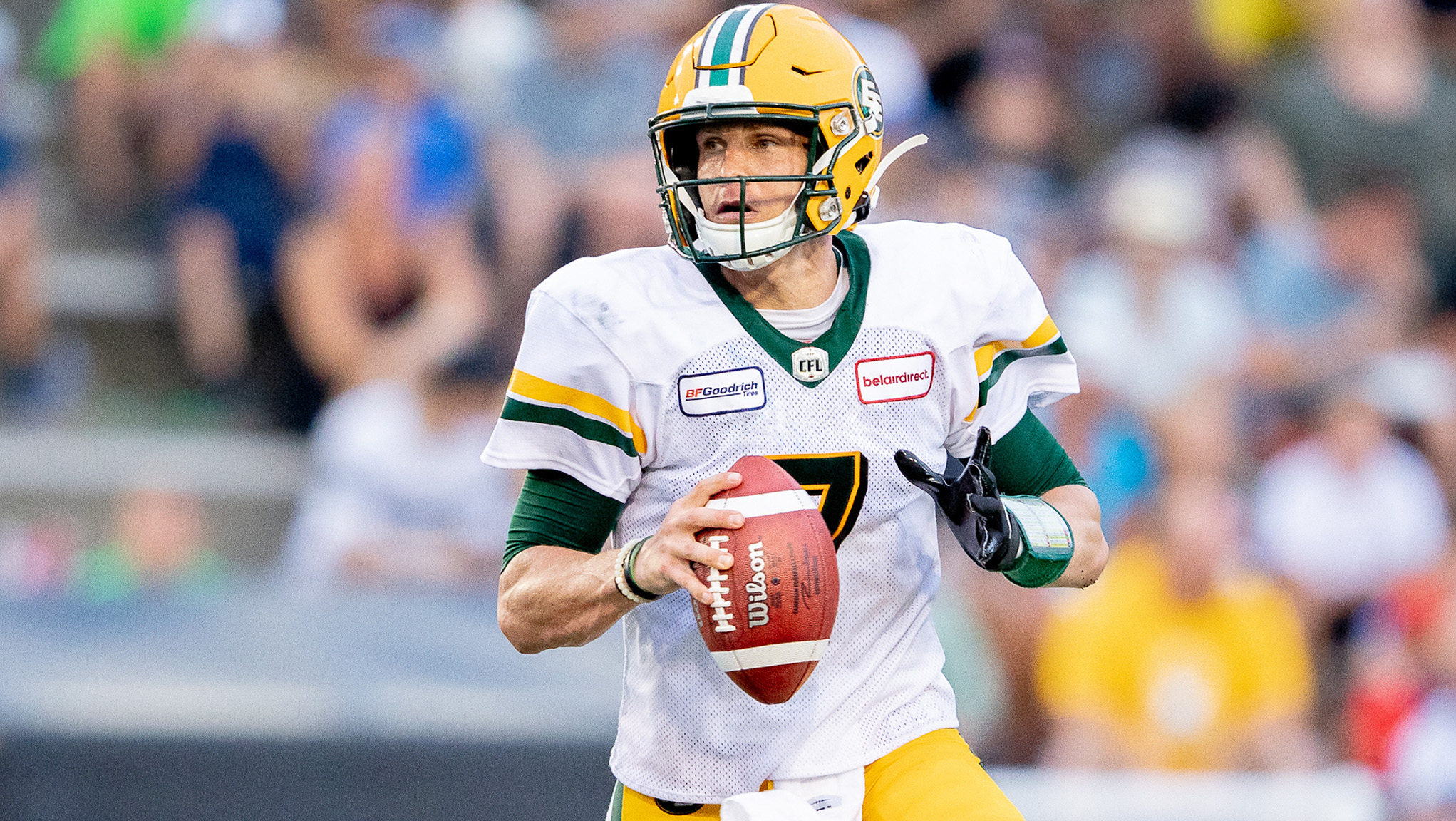 EDMONTON — As he enters his ninth season in the CFL, Trevor Harris’ best quality may be the fact that he realizes that no matter how good his stats or his team’s record, he remains an unfinished product.

The 35-year-old quarterback has become known for finding creative ways to spend his off-seasons in search of little ways to get better. There have been military-inspired training sessions. There’s been tapdancing and things as simple as reading leadership books.

When the pandemic complicated life for Harris, first through public health restrictions and ultimately in the cancellation of the 2020 CFL season, he remained undeterred.

It started with Harris making his way to Tom Brady’s TB12 facility in Foxboro, Mass. in March.

“Trying to play until I’m 67 is well within reach,” Harris joked with reporters on a recent media call.

“This off-season when the pandemic hit I started asking myself, ‘How can I run a parallel with the career I’m having to benefit my teammates and myself?’ Something I came across was going to get my certificate to be a nutritionist and also to be a personal trainer because you can’t go to the gym.

“With that gone, I’m going to figure out how to train myself in my own home. So I bought the right equipment, I got my nutrition certificate, I got my own personal trainer certificate and that way I can add value to my teammates. If there are certain things on the road where people want to get workouts in, or they’re wondering about certain nutrition things that they can learn, I wanted to be able to add value that way.”

With the knowledge he gained on health and training, Harris was able to maximize his time at Brady’s facility.

“When I went back to TB12 this year, I was able to ask the right questions,” he said.

“Shoot, you see Tom Brady — not that you’re just going to model everything you do off of him — the dude’s 43 and he’s winning Super Bowls and they’re projected to win more Super Bowls. What he’s doing is unprecedented.”

Throughout his time on the Edmonton Elks’ call, Harris continued to say that these improvements he seeks out, just like the work he does on the field isn’t about his gain, but the group’s as a whole. At 35, Harris sounds like he has a complete understanding of his role. He’s not just racking up yards, he’s leading and bringing his teammates with him wherever they go during a game.

“It’s not about myself. I think if you play for numbers, or yourself, I think you’re going to run out of motivation real quick. Because that stuff doesn’t really matter,” Harris said.

“When you’re focused on loving others and doing good for your teammates, that’s the sustainable drive that I feel, at least. I have learned quite a bit.”

At one point in the call, Harris likened the concept of the team to soldiers going into battle for the right reasons.

“The main motivation for soldiers when they go into war isn’t the hatred of the enemy; it’s the love of the people that are standing behind them and the love of their brothers,” he said.

“That’s kind of what I kind of aim for. When I punch the clock in the morning, it’s what wakes me up and makes me not want to hit snooze, is the love of my teammates. When we can manifest that toward each other, I think everything else kind of falls into place.”

At the end of every season, Harris evaluates the previous winter’s training and its effectiveness. With two off-seasons of work put in and the season inching closer by the day, he’s eager to see how his work pays off for him in 2021.