Ferguson: A few roster questions for Ticats ahead of camp 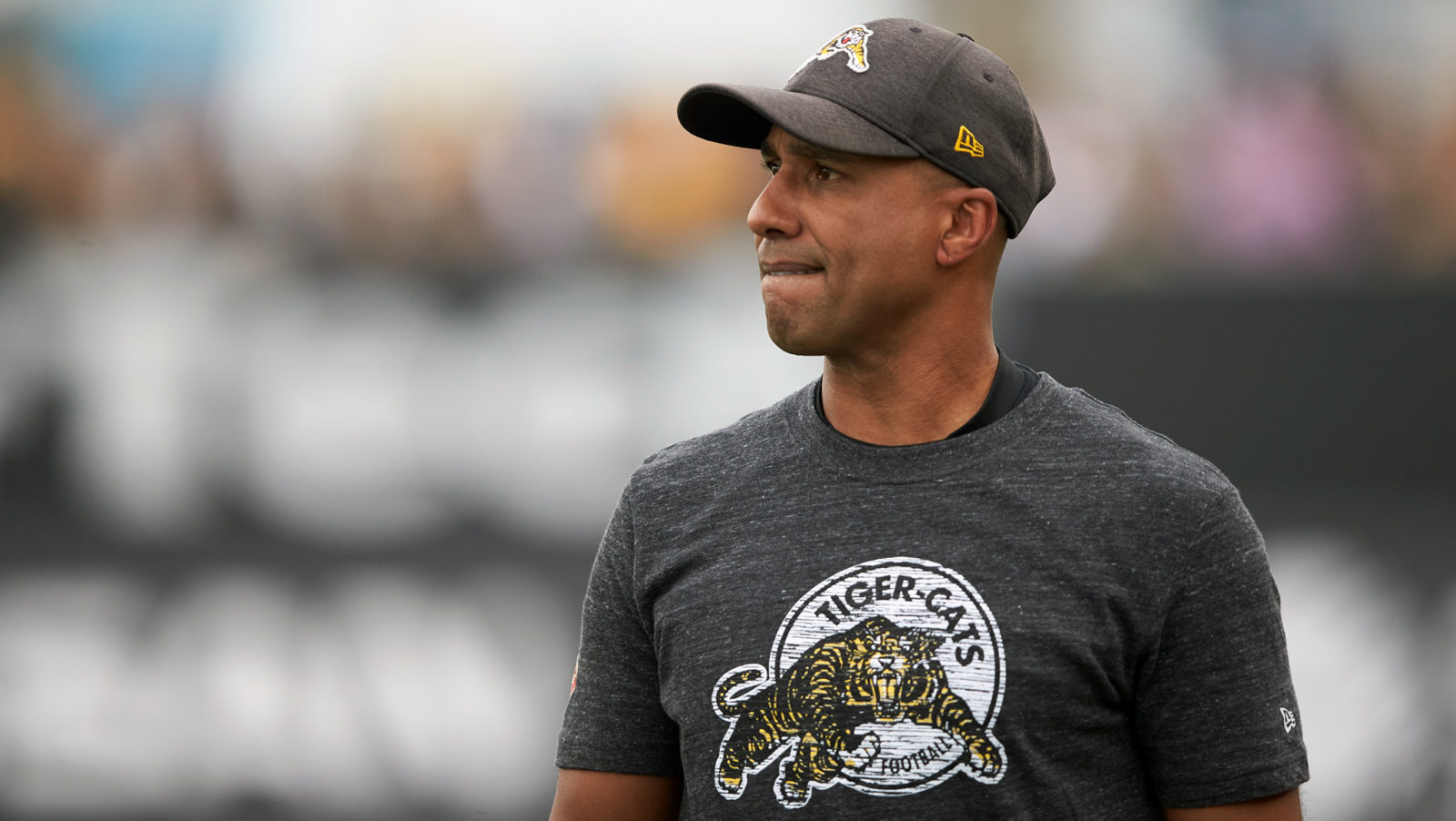 Ferguson: A few roster questions for Ticats ahead of camp

If you were asked how to define the last 16 months, what word would you choose?

For me, the word uncertain hits home. Defined as the inability to be relied on or defined, so much of life has felt uncertain from the COVID-19 vaccine rollout timing to return-to-play plans, sustainability of local businesses forced to close their doors and just about every other decision you’ve made since March of 2020.

More now than ever, we find comfort in certainty. As we begin the search for normalcy and the safe aspects of life, the ones we know and find confidence in have become most attractive.

Which begs the question as we begin the 2021 CFL season: what’s the belief you have about a player, coach or team that you believe will stand tall and proud, undamaged once the 2021 storm passes?

For many CFL fans it’s the consensus that Hamilton should win the East.

Hamilton has a home Grey Cup as motivation, a deep and talented roster and a coaching staff who knows how to get to Canada’s largest annual celebration. Not to mention a December, not November, classic in 2021 – as if we needed more unique factoids to remember this season by.

For all the confidence that Hamilton is best positioned for success in the East standings – more continuity than Toronto, better roster talent than Ottawa, superior defence to Montreal, etc. – this is a group with more uncertainty than you might realize as displayed by Monday’s pre-season media availability.

Every team has questions this time of year – even in a normal off-season – but the Ticats face a unique set of challenges to resolve under the most unusual of training camp circumstances.

The first and Ticats’ fans most discussed topic?

“The money’s not a factor, that won’t play into it at all,” he told members of the media on a Zoom conference call. “It’s going to be a competition and that’s just what it’s going to be. They’re aware of that and we have a great plan between (offensive coordinator) Tommy Condell and myself.

“We’re going to do whatever gives us the best chance to win. We’re going to see them compete and there’s the possibility we could use both and there’s a possibility we’ll use one the whole time. They’re both going to get close to the same amount of reps, obviously it will be different without pre-season but we bring in competition everywhere else and it’s just not as common at the quarterback position.”

The Ticats defence suddenly has competition at a variety of positions after the off-season retirements of All-Star Delvin Breaux Sr. at boundary corner and Rico Murray at strong side linebacker. Factor in Larry Dean leaving the middle linebacker spot open as he departed for Saskatchewan in free agency and Swiss army knife Don Unamba leaving for Ottawa and you start to get a sense how much has changed since Hamilton’s 2019 Grey Cup appearance.

For the first time since 2017, Lirim Hajrullahu – at least for now – will not be handling Hamilton’s kicking game, nor will longtime long snapper Aaron Crawford, who jumped at the chance to return home (Medicine Hat, AB) for Calgary in free agency.

Retirements have thrashed the Canadian talent of many other CFL teams leading up to training camp, with Hamilton being relatively unscathed. Does this mean they’re immune to the trend of retirements and one-year sit outs or that the big names are still to come when camp starts Saturday?

And then there is camp itself, a time honoured tradition filled with roster battles, shocking injuries and endless hype as players grind every day to prove they belong in the cut throat world of professional football.

This year’s training camp is far longer than a typical CFL June fixture. On the surface, that suggests players will be more ready than ever for kickoff, but the minimal physicality of a modern CFL camp in combination with an effort to slowly increase strain on the body and no pre-season games creates a natural juggling act wherein new objects are added each day for head coach Orlondo Steinauer and his staff as they try to prepare for meaningful football less than a month away.

“It’s a really good question and I’m just going to tell you straight up I’m not going to reveal our plan but it has been strategically done both with the help of everybody to be honest with you, it’s been a real transformational, collective effort from our strength and conditioning to therapy to the front office and coaches input,” Steinauer said. “We’ve come up with something that we think gives us the best chance to be healthy but also be ready because being healthy and not ready doesn’t do anything for us either.

“I apologize for the vagueness but I don’t want to reveal how we’re going to do it is the most honest answer I can give you but we have had to manage and have quite a few conversations before we settled in on how we’re going to approach at least the first week, week and a half.”

We know the Ticats are going to be good, maybe great, but we’re not sure who the starting quarterback, kicker, SAM linebacker or boundary corner are. Whether more retirements of impact will come and the plan for training camp is locked inside a black and gold briefcase that Steinauer carries the only key to as we prepare for a shortened regular season, where any team that gets on an unexpected win streak will benefit in the standings more than ever.

The Ticats have all the potential in the world, but so does every other CFL team at this point. If Hamilton reaches greatness in 2021, that realization will have to sit front and centre on their minds because if there’s one thing we’ve learnt in these slow, painful 16 months, it’s that challenges and the uncertainty they breed are always -potentially – a short walk-through away.