On The Way Up: Montreal looking for more on defence

On The Way Up: Montreal looking for more on defence 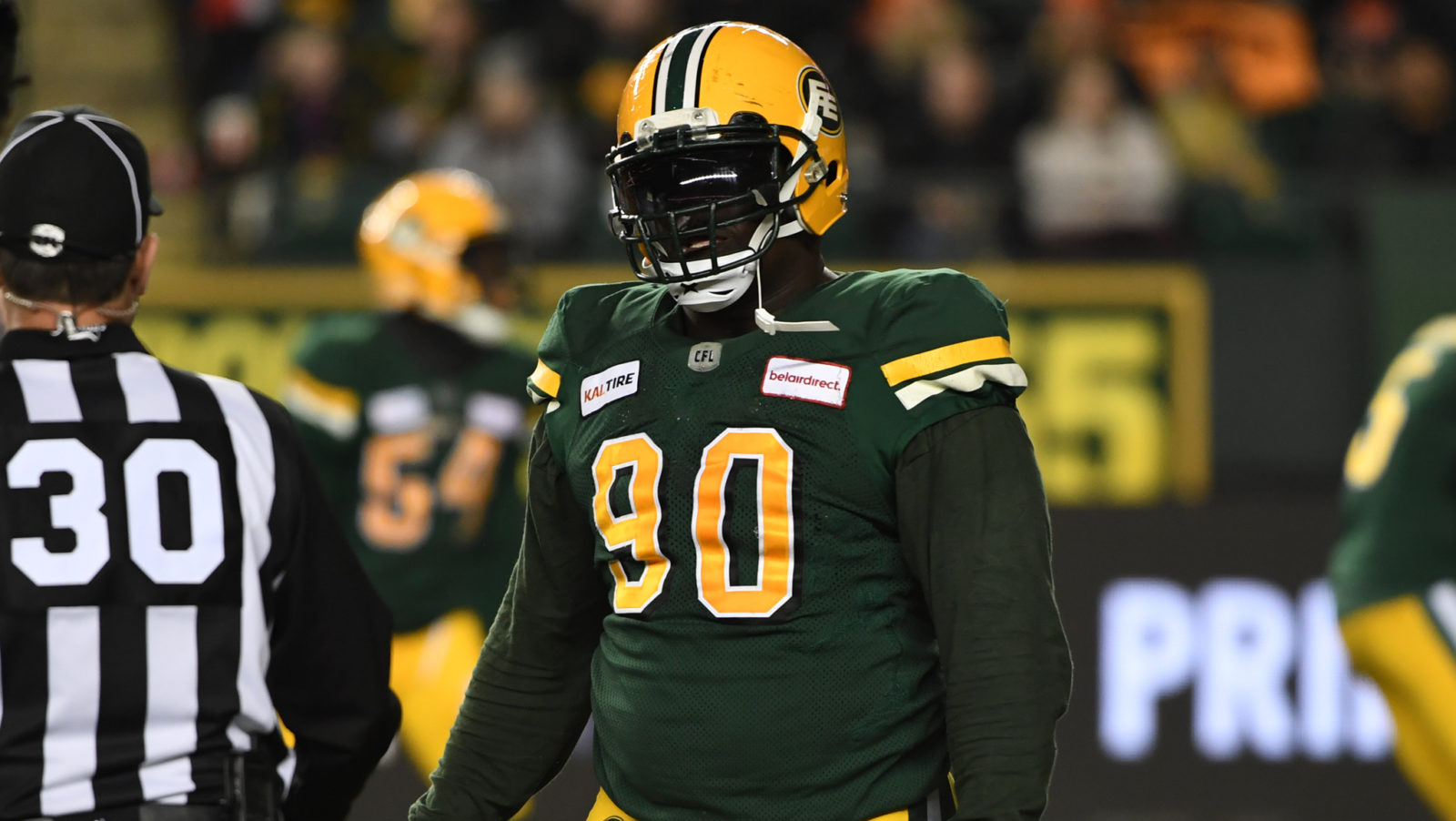 There are always plenty of battles that occur every year during training camp.

Positional battles are usually the forefront of what general managers – and fans – are watching during the few weeks of camp ahead of the start of the season.

For the Montreal Alouettes, there will be many battles to keep a close eye on, especially on the defensive side of the ball, when camp opens on Saturday.

“I think our defensive line and our middle linebacker position,” general manager Danny Maciocia told reporters on a video season preview call earlier this week when asked what battles he was interested in. “I think we’ve got talent, I think we’ve got depth. I think we’re going to have some tough decisions to make as far as who we keep and who we move on from.

“I really like our back end. We’ve got a veteran presence, we’ve got some youth, we’ve got some players that have played in the NFL for a couple of years and that have come highly recommended to us so that’s something that’s extremely intriguing to me, just to see how this defence is going to come together.”

The biggest hole to fill is likely the middle linebacker position, where 2019’s Most Outstanding Canadian Henoc Muamba roamed the field for the Als. Muamba was the heart of Montreal’s defence and tallied 93 tackles, a sack and two forced fumbles. But with the 32-year-old moving on and signing with his hometown Toronto Argonauts as a free agent earlier this year, it’s anyone’s job for the taking.

Maciocia loaded up on Americans at that position – like former NFLer Kentrell Brothers, University of Miami product Jermaine Grace and Maryland’s Tre Watson – so expect a heated battle for who will start in Week 1 over the next few weeks.

Ratio breaker Chris Ackie is likely set to play at WILL linebacker while Patrick Levels should slot in at SAM. In 10 games with the Als in 2019, Ackie tallied 38 defensive tackles and two on special teams. Levels suited up in all 18 games for Montreal that same season and accumulated 86 tackles, five sacks and two forced fumbles.

Montreal really struggled to generate any pressure on opposing QBs in 2019, ranking dead last in the league in both sacks (27) and knockdowns (38).

John Bowman, who had eight of those sacks, is not on the roster heading into 2021 but free agent signing Almondo Sewell should help in that department. Sewell, while being a six-time All-Star, had eight sacks and 35 tackles in 2019 and was the team’s biggest splash in free agency back in February.

With Sewell, Woody Barron and other free agent acquisitions Michael Wakefield and Junior Luke, Montreal has the opportunity to have a new-look defensive line. Nick Usher, who also joined the team as a free agent, could provide even more pressure off the edge after having a successful campaign in Edmonton with six sacks.

The last time the team hit the field, they were at or near the bottom of the league in quite a few defensive categories and new defensive coordinator Barron Miles will be looking to try and turn that around.

As a group, they only forced 69 two-and-outs, which was the worst in the league. The next closest team was the BC Lions (81). They also gave up quite a few yards after the catch – 2,145, which was second worst in the CFL.

If they want to stop opponents, the defensive back field needs to do their part as well.

Glass and Hunter were free agent signings coming over from Edmonton. Glass collected three interceptions to go along with his 29 tackles in 14 games while Hunter had 59 tackles, a sack and two interceptions in 18 games. Reid and Murray are returning starters and without Bo Lokombo, who signed with the Lions, Canadian Cranston should see time at the safety position.

But as it is ahead of any CFL season, these positions are far from solidified and we won’t really know who starts where until the coaching staff gets a look at each of these players on the field.

“I see opportunities for guys to show what they can do,” head coach Khari Jones told members of the media. “I think every position is somewhat that you have to figure out who is going to play there, but there are certain positions there’s probably going to be some new guys that are playing out there.

“Our job is to get those guys ready and (that’s) made a little tougher because there’s no pre-season games but I like that challenge. I like the challenge. I love the fact that the group of guys that we have in here are hungry and want to prove that they can play this game. We have to get them out on the field. We have to see them. We have to assess what we have but again, before seeing them all together, before seeing them on paper, I feel good about what we have.”

With plenty of intrigue and position battles galore, now all there’s left to do is sit back and watch the fun unfold in front of us at training camp.