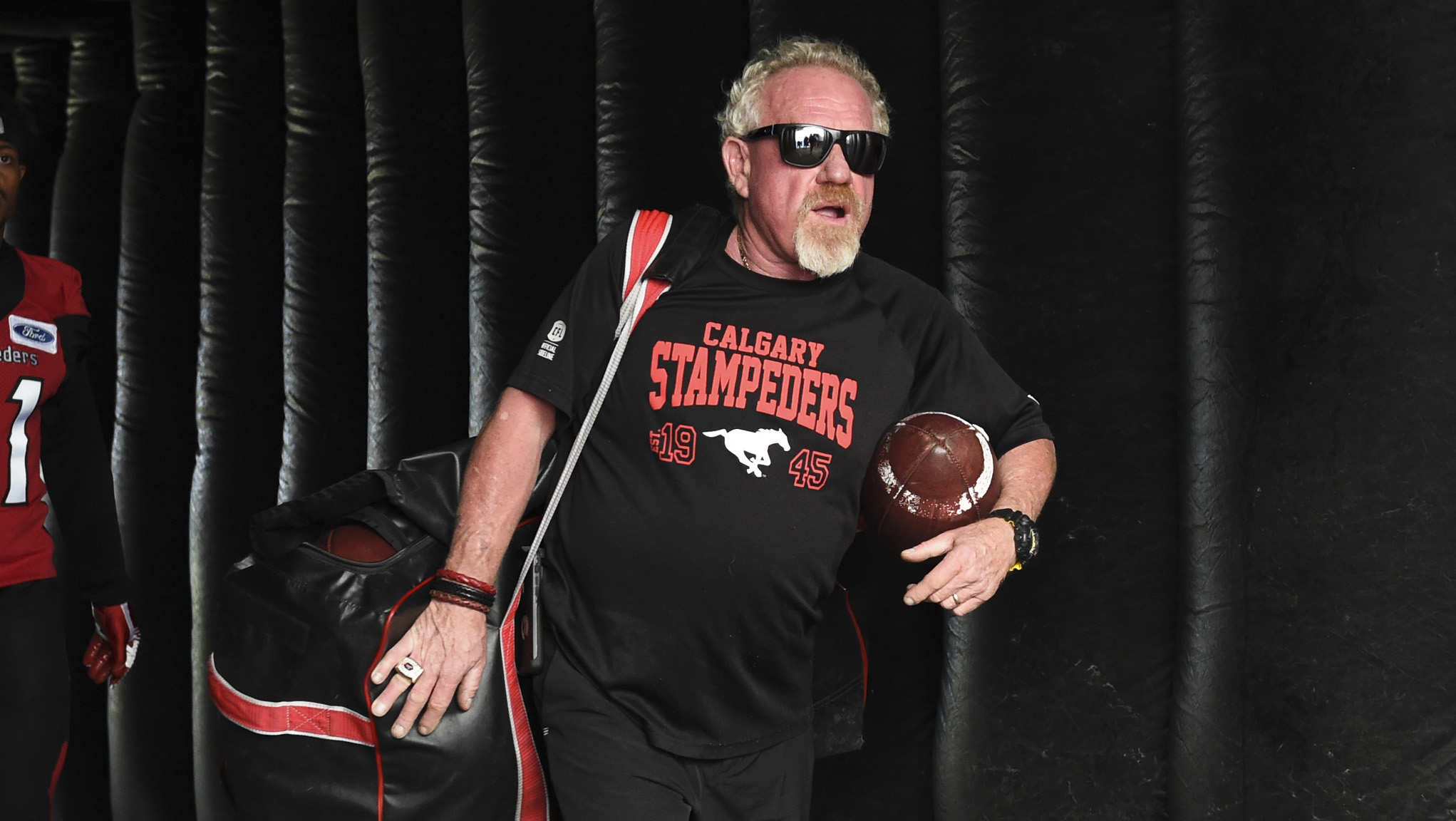 As we get set to kick off CFL training camps across the country this weekend – damn, that felt good to write – it’s worth taking a moment to reflect upon all the challenges associated with organizing hundreds of people from all over the map into one location following agreed upon COVID protocols, while also creating a productive workplace environment.

For coaches, this comes down to practice design, and training staff are challenged to maintain a safe and efficient system for everything from water bottles to post-practice therapy sessions.

RELATED
» Rene Paredes set to be a stabilizing presence for Stampeders
» Trusting the Process: Stamps tap into their systems for 2021 roster
» Steinberg’s MMQB: One training camp question for every team in the West

There is one group, rarely thought of and always underrated, who are the backbone of nearly all organizations and arguably have been most affected by the endless hurdles required to be cleared before training camp can open.

When I think equipment in the CFL, I think of George Hopkins. Geo has 50 years of CFL experience and likely thought he had seen it all, until March of 2020.

“It’s been interesting, it’s the longest off-season ever,” said Hopkins. “In some respects, it’s been better than I thought it would be because this time last year when everything went to hell and it looked like we were going into a bubble. Between myself and Gordie, my assistant, we pretty much had everything in place where all we had to do was pack and create uniforms but the other side is your rosters changed 50 per cent in the last year.

“So everything I put together clothing wise for individual sizes, that guy is not coming this year and the guy that is coming is six feet taller and 100 pounds lighter.”

The challenges for Geo don’t end with sizing though. He’s always had the ability to act as a locker room ambassador of sorts. The first memory many Stamps have of their time in Calgary is a handshake and a big grin from a man so comfortable with his surroundings that you immediately feel secure being led by the Stamps equipment general to be awarded your team gear.

“The downside is that normally you get a guy coming to training camp and you see him for 15-20 minutes one-on-one and you go through the whole gauntlet of equipment and sizing,” explained Hopkins. “This year we sent out emails six weeks ago asking, what are your sizes, what type of helmet do you like, what face mask? If you don’t know, send us pictures so we’re trying to build helmets so that when they show up and get ready to hit the field we can grab a guy and bring him into the equipment room fully PPE’d and hopefully it’s just a final tune up.

“It’s going to be really impersonal this year. It’s changed a lot but hopefully as things open up a bit more you can spend some time and actually meet the kid you had 36 seconds of conversation with. We’ve always tried to make it a family, sometimes it morphs into that on its own, but a lot of the time it’s the work we put into it that does that so it’s going to be tough. I mean hell, the kid I’m talking to can’t even tell that I’m smiling so I have to let the twinkle in my eyes come through.” 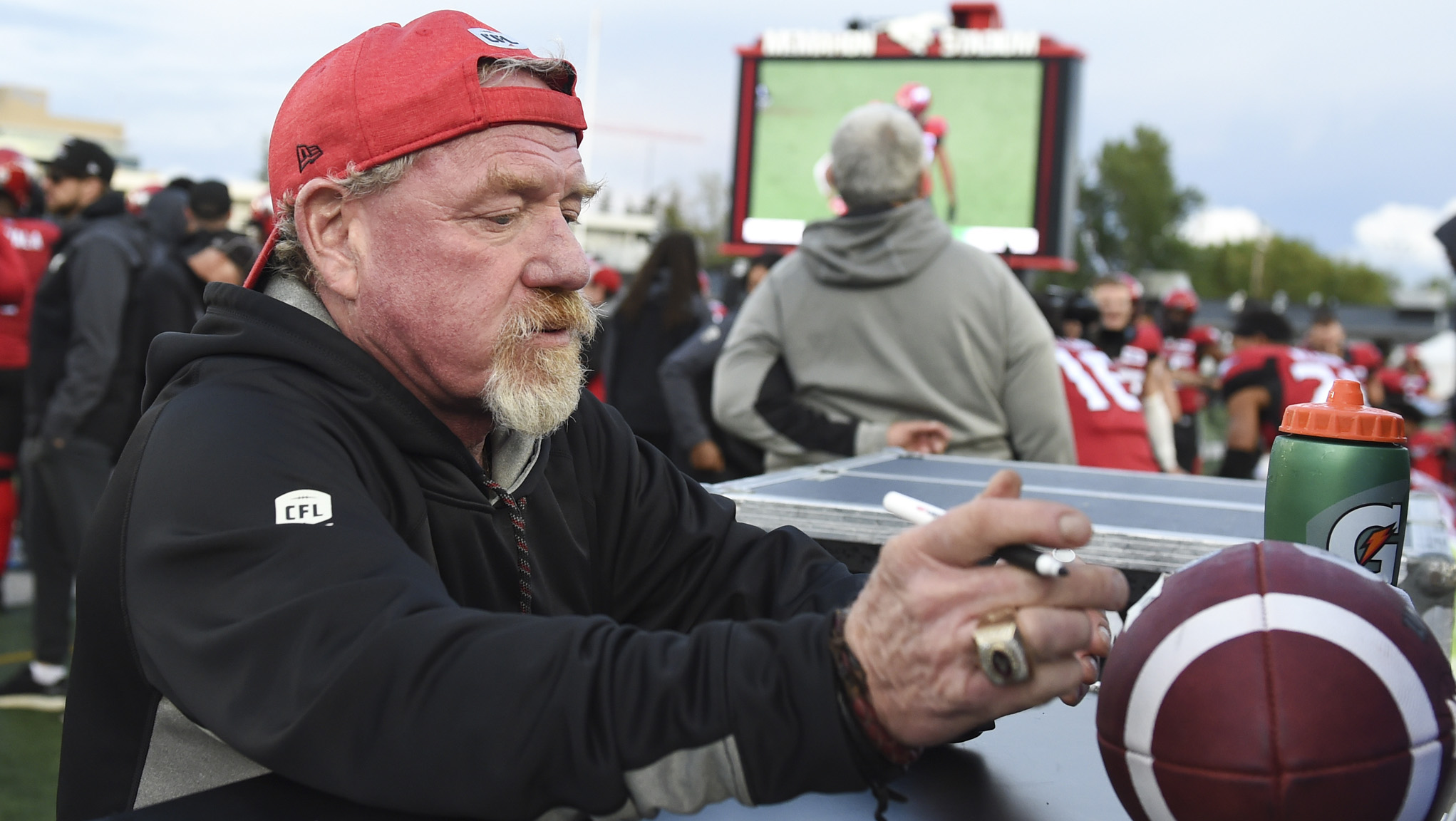 Through all the challenges of preparation there are positives though. Not being in a bubble certainly makes life easier, having a longer lead up to camp should help, and getting a better sense for who needs what to perform their best.

“The one nice thing this year that we don’t get a lot of times is I more or less know who my 100 people are coming to camp,” said Hopkins. “Whereas when you had your Canadian draft five days before you started training camp, you’re trying to hold numbers back so that your Canadian kids that you drafted aren’t getting awful numbers and what not. This time around I know we’ve got 100, and I know who they are.”

As you read this, all nine CFL teams have helmets, shoulder pads and team clothing sized, labeled and hung in the corresponding lockers. The turf is ready, the footballs have been prepared and it’s finally time to go to work. So how will George Hopkins, a veteran of 880 CFL contests feel as the national anthem plays August 7 as the Stampeders welcome Toronto to McMahon Stadium for their first game in 636 days?

“A mixture of relief and elation. I’m really positive we’re going to be okay.”