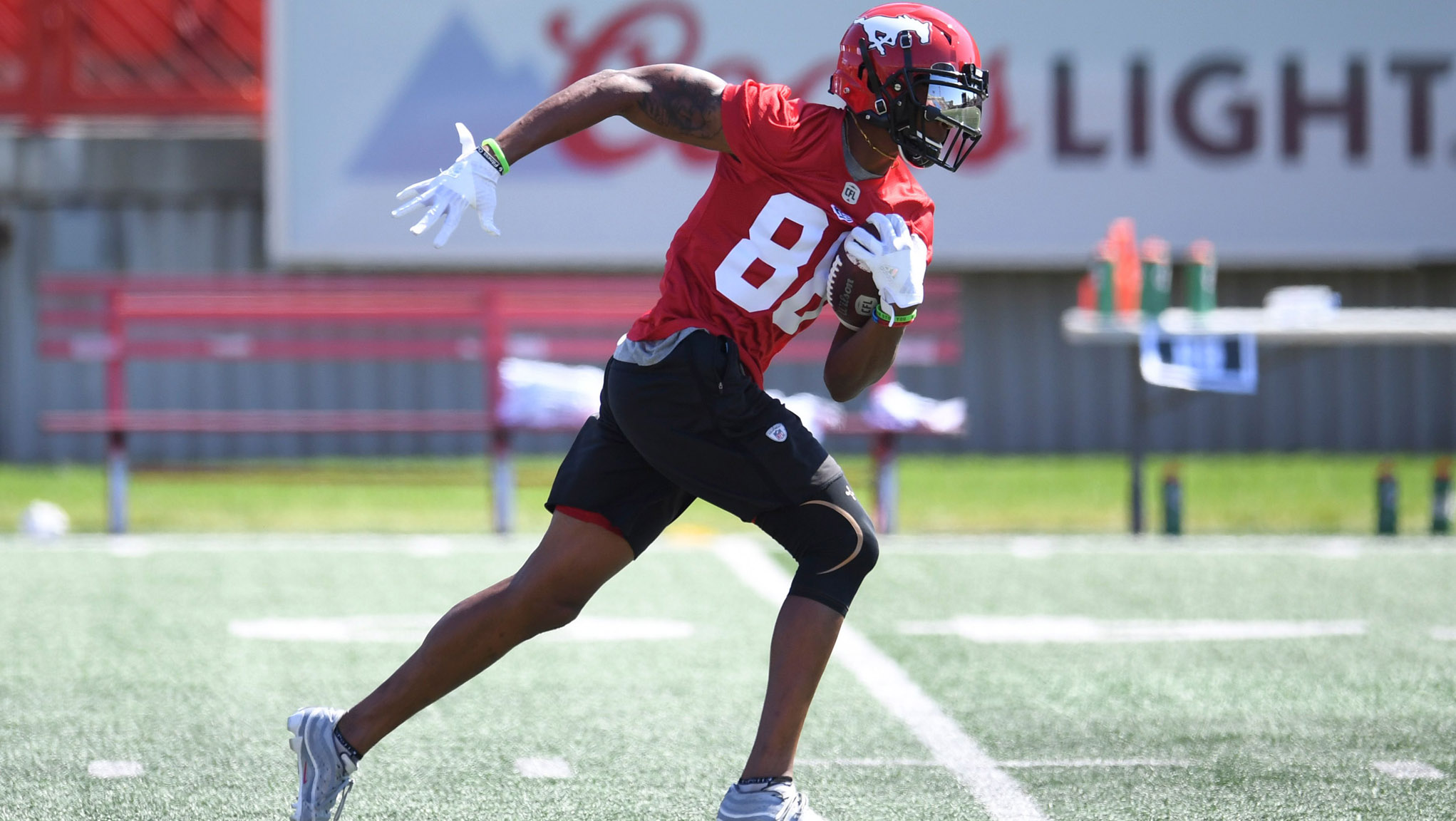 CALGARY — It wasn’t that long ago that Kamar Jorden looked around the Calgary Stampeders’ locker room and felt like one of the new guys.

As he enters into his sixth season with the Stamps, his perspective has changed.

“It’s definitely been different. Being with the Stampeders we’re used to having those vets all over the board. Coming into this year and looking around it’s like, man,” Jorden laughed during a conversation with Stampeders.com, “I’m the only guy left.”

After years of waiting his turn and finding his stride in the CFL, Jorden is now the primary target for quarterback Bo Levi Mitchell. He’s also become a leader among the receiving corps.

“It’s definitely a lot more responsibility for me. It’s not me just coming in and focusing on my own end and making sure I’m good,” he said.

The cancelled 2020 season has meant that teams across the league have had to work extra hard at building chemistry with one another, while reestablishing their feel for the game.

“It’s all of us getting back into the rhythm together,” Jordan said.

“We’ve all been away from football for a long time. It’s definitely going to take some time to get things gelling. I’m definitely embracing the OG role but I’m still a young guy. I’m still moving fast. I ain’t that old.”

One of the few silver linings of losing last season is that it gave Jorden a full year to continue to strengthen his knee, after he tore three ligaments in his knee on Labour Day against Edmonton in 2018. Jorden only got into the Stamps’ first-round playoff loss in 2019. He likely would have been ready for a 2020 campaign had it happened, but from a health standpoint, the year away from the game was beneficial.

With the grind of training camp almost completely behind him now, he has full confidence in where he’s at physically.

“I’m feeling as fast as ever, I’m feeling just as explosive. It’s the little things. I’ve been away for a minute, so I’ve kind of got to get used to the nuances of the game: How I want to stem my routes, how defences react and how I play against them. That’ll come through the rest of camp as well as through the season, you never stop learning those things. But the knee is fine. I’m ready to go Week 1.”

What Weeks 1 through 14 and the playoffs will hold for Jorden should be fascinating. When he was injured almost three years ago now, he was coming into his own as one of the elite receivers in the league. In the game before the Labour Day Classic, he’d pulled in a career-best 249 yards and a touchdown on 10 catches against Winnipeg. He had 55 catches for 944 yards to that point in the season and would have certainly eclipsed the 1,000-yard receiving mark for the first time in his career.

For now, Jorden is focussed on Week 1, finally getting back on the field and seeing fans in the stands again at McMahon Stadium. The Stamps host the Argos on Aug. 7.

“We’re going to make sure we bring a great product out Aug. 7. We want a packed house. Football has been away from Calgary for way too long. We expect everyone to come out, bring their noise makers and get things going. Get the Argos out of there.”