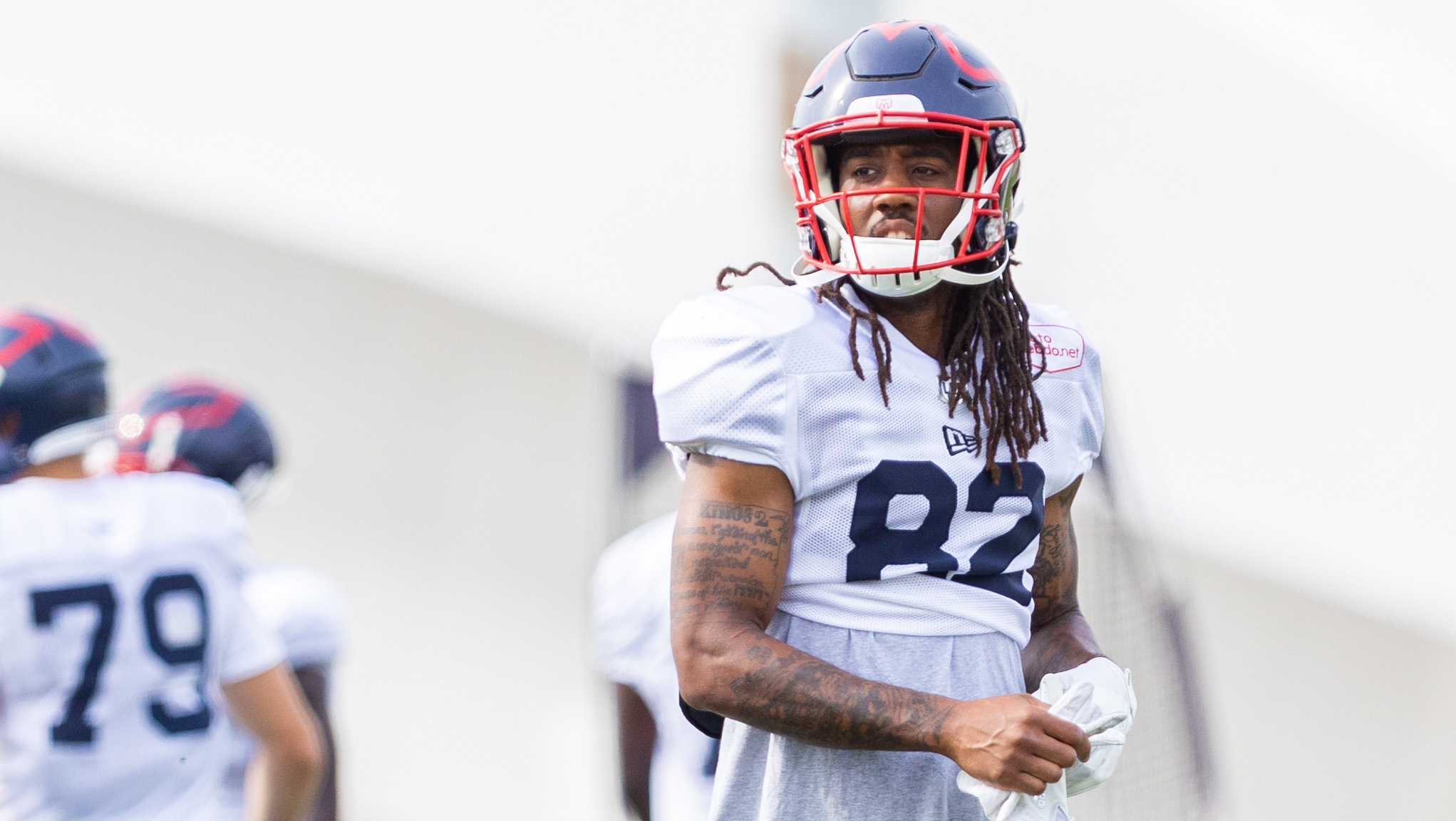 With the end of training camp comes difficult decisions and painful releases, as teams squeeze down their numbers to meet CFL requirements. In these cuts there are many players who both have the talent and deserve a chance to play in the CFL that are let go for any myriad of reasons, ranging from playing a position stacked with talent on a roster to not being the right system fit for the team they just tried out for.

None of these reasons mean they aren’t worthy of a chance elsewhere. With that in mind — and knowing that any player making a roster at this point without spending a second of camp with their potential new team is difficult — here’s a look at one name for each team I’d love to see stay in the CFL for 2021. 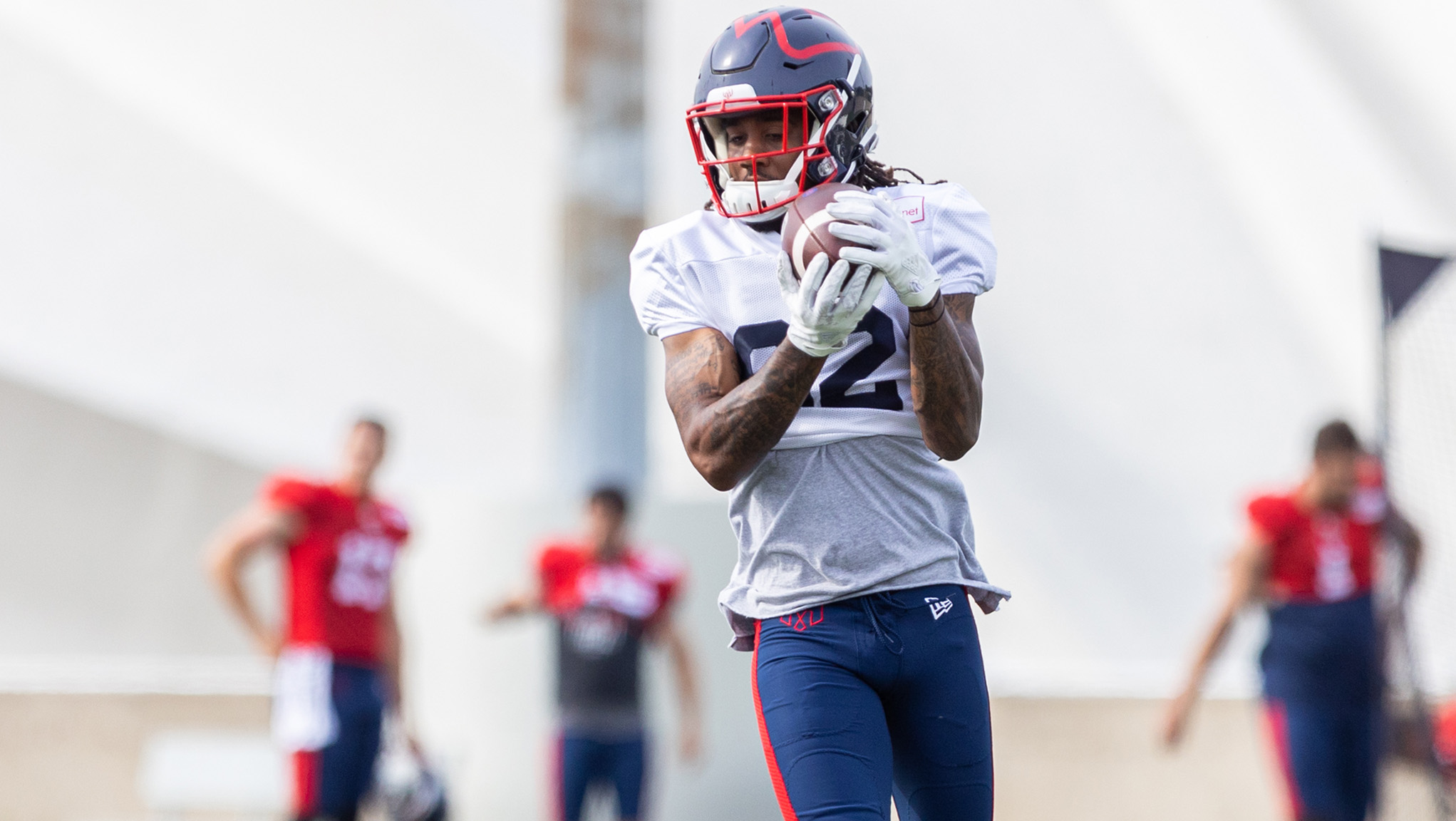 A team in need of a veteran receiver that’s capable of 1,000 yards would be well suited to snag the recently released Naaman Roosevelt. Ottawa seems like a natural match. (Dominick Gravel/MontrealAlouettes.com)

Ottawa might have a lot more fire power internally than we realize at their American receiver positions, but the reality remains this group is far from the multiple 1,000-yard receivers of 2017 and 2018 and could use some established CFL pass catching help.

The retirement of Brad Sinopoli opened the door for young Canadians such as Anthony Coombs and Dan Petermann and the unfortunate pre-camp injuries suffered by promising signing Jalen Saunders could make this signing more likely than not; the only question now being why hasn’t it happened already if we all agree it makes sense?

I know this has already happened, but I would have put Lemon in Calgary regardless, especially after hearing head coach Dave Dickenson talk recently after a practice about needing to add some veteran presence and leadership to the red and white.

Enter Calvin McCarty on offence and Shawn Lemon on defence.

Not necessarily a name that many fans are familiar with, Kean is a unique ‘tweener’ of a linebacker who was originally claimed by Montreal and recently released by Ottawa.

Kean was the RSEQ Rookie of the year in 2017 and was elected a RSEQ first-team all-star as well as an All-Canadian in 2019, while helping the Laval Rouge et Or hoist the Vanier Cup in 2018. He’s got talent, he just needs a chance and the right fit.

As physically prepared an offensive lineman as we’ve seen in the CFL in the last couple of years, Guthrie has some work to do with footwork and consistency, but his ability to move at an athletic six-foot-four, 320 pounds should land him work elsewhere following a release from the Stampeders. Perhaps waiting and learning behind a deep Argos’ Canadian offensive line group would do the Guelph alum well as Toronto leaves Gryphon campus at the end of training camp. 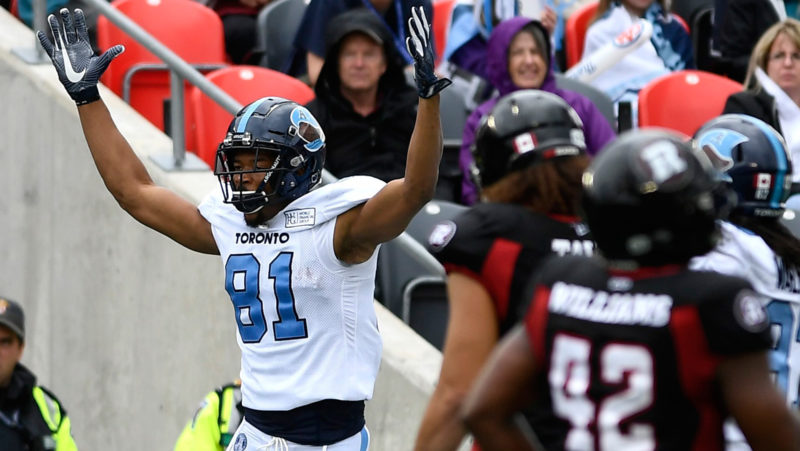 Despite a strong showing in his time with the Argos in 2019, Rodney Smith was released by Edmonton first, then Toronto in camp this year. Could the Lions be a good landing spot for the talented receiver? (The Canadian Press)

When Rodney Smith was up for free agency in 2020, I thought any team that acquired his services would be getting a below the radar solid third receiver who could push their offensive production over the top when options one and two were taken away.

Edmonton did the deal, but couldn’t find room for Smith who went back to his pre-COVID roster in Toronto before being cut again.

BC won’t have much room for Smith — who will at this point? — but he could be an excellent fill in for Dominique Rhymes should injury arrive and proved in the Argos’ 2019 offence he doesn’t need many touches, or even reps for that matter, to make an impact.

Beaulieu is a Western Mustangs grad who loves to fly around and make physically imposing plays beyond his frame and weight. He has major potential as a special teams tackler and could be a nice change of pace down the road at free safety in Hamilton behind Tunde Adeleke, Mike Daly and newcomer Stavros Katsantonis.

My CFL Draft comparable for Beaulieu was Craig Butler, who currently resides on the Ticats coaching staff. Nobody would know better how to shape Beaulieu’s game for success than Butler.

Trevor Harris is set to take a run at the MOP award with a ridiculous amount of talent around him, and Dakota Prukop was just signed after he failed to beat Jake Meier and Michael O’Connor in Calgary for the backup spot. Still, I think Bryant in Edmonton is an interesting fit.

There, he would fit the mould of athletic backup options on the table including Troy Williams, who head coach Jaime Elizondo spoke glowingly about throughout training camp media availability.

Similar to Guthrie above, Simba has all the size and experience to earn another shot. Saskatchewan appears to be staring down the barrel of four starting Canadian offensive lineman, making depth a priority.

OK, so they released Borsa to go back to school and I fully expect him to return to Winnipeg in 2022. On top of that I understand getting more game reps will help Borsa and the backfield is a busy place in Winnipeg with Johnny Augustine and Brady Oliviera, but is it too much to ask for Borsa to stay around just in case of emergency and get some return reps when possible?

Apparently the answer is yes. File him away in the ‘names to get excited about in 2022’ category.