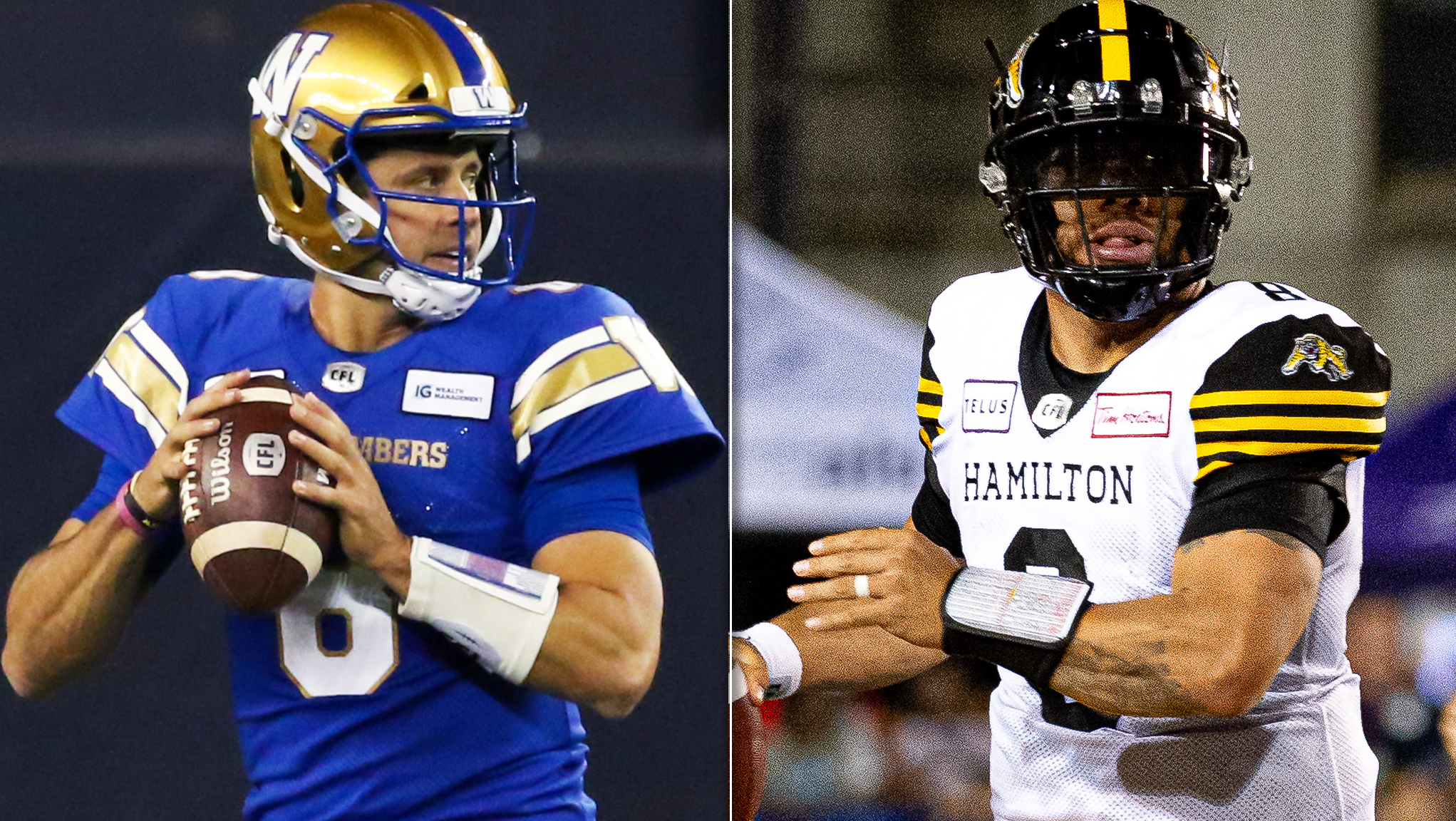 WINNIPEG — In a rematch of the 107th Grey Cup, the defending champion Winnipeg Blue Bombers welcome the visiting Hamilton Tiger-Cats to Investors Group Field to kick off the 2021 CFL season.

Though the calendar has changed some since their last meeting at McMahon Stadium in Calgary, the Tiger-Cats and Blue Bombers remain similar and on a trajectory for respective division titles.

In Hamilton, the Tiger-Cats welcome the return of quarterback, Jeremiah Masoli who was named their starter ahead of Thursday’s game. This will mark the first game played for the former 2018 East Division’s Most Outstanding Player since a torn ACL sidelined him for the latter half of the 2019 campaign.

In addition to Masoli, the reigning MOP, Brandon Banks, expressed how excited he is for action.

“I feel like a little kid in a candy store,” said Banks. “I’m just so excited, like I said, just being a whole year, this is what I do, this is what I love, I wake up to play football. I think about football every day and that year, man, it was tough. With a game on the schedule now, I’m just excited, just preparing my mind and I can’t wait to get out there, hear the fans and be in a football atmosphere”

While Hamilton certainly has a strong sense of continuity due to the Tiger Town favourites that are returning, there are some new faces that have to get acquainted with the team’s schemes. That being said, Banks isn’t too worried about that ahead of Thursday night.

“I think we’re going to get a slow start, hopefully we get a fast start, so we can convert it to a win, but it’s going to be hard,” said Banks. “It’s going to take some time for the offence to get clicking.”

Perhaps the fastest start Thursday will come for the newly-retooled Tiger-Cats backfield.

While Hamilton has had production out of the running back position in the Canadian committee they rolled with two years ago that included Sean Thomas-Erlington (before he was sidelined with an injury), Jackson Bennett and Maleek Irons, they got even better with the addition of former Calgary Stampeder, Don Jackson.

Jackson, who was signed as a free agent, came off a 2019 campaign where he recorded a combined 558 yards and a pair of touchdowns in seven games. A year prior, he finished with 924 rushing yards and three touchdowns. His explosiveness is poised to give the already potent Hamilton offence another weapon.

To make the game even sweeter for the defending Grey Cup Champs, the team will unveil their championship banner ahead of kickoff.

“It’s going to mean a lot to finally get a chance to see that banner,” said Jermarcus Hardrick. “That entire season means so much to me, but it’s time to move on to 2021, but that’s the fact that we are the 2019 Grey Cup Champions.”

With a highly anticipated event that is a banner unveiling comes the notion that football is back and the season is underway. Bomber’s head coach, Mike O’Shea touched on what that means to his team.

“They’ve missed it terribly,” said O’Shea. “I’m sure they’ll be excited and nervous and raring to go.”

While some of the cornerstones of that 2019 team return and look to repeat, not everyone is back.

The franchise is set to embark without former offensive coordinator, Paul LaPolice. LaPolice, 51, was named the new head coach of the Ottawa REDBLACKS leaving Buck Pierce the keys to the Bomber’s offence.

In addition to the departure of LaPolice, it was announced on Wednesday that Andrew Harris will not suit up in the team’s season opener.

In his absence, Winnipeg’s own Brady Oliveira spoke earlier this week about the possibility of playing Thursday.

“If it happens, great, I’m definitely prepared for it. It’s truly going to be a blessing” he said. “It being the home opener, having the banner being dropped, me being from Winnipeg, it’s going to be a special moment…if the opportunity is there on game day, I’m going to make the most of it.”

Kickoff is set for 8:30 p.m. ET on Thursday. The game can be followed along on CFL.ca’s Game Tracker or watched on TSN and ESPN2.

– With files from Ticats.ca and BlueBombers.com