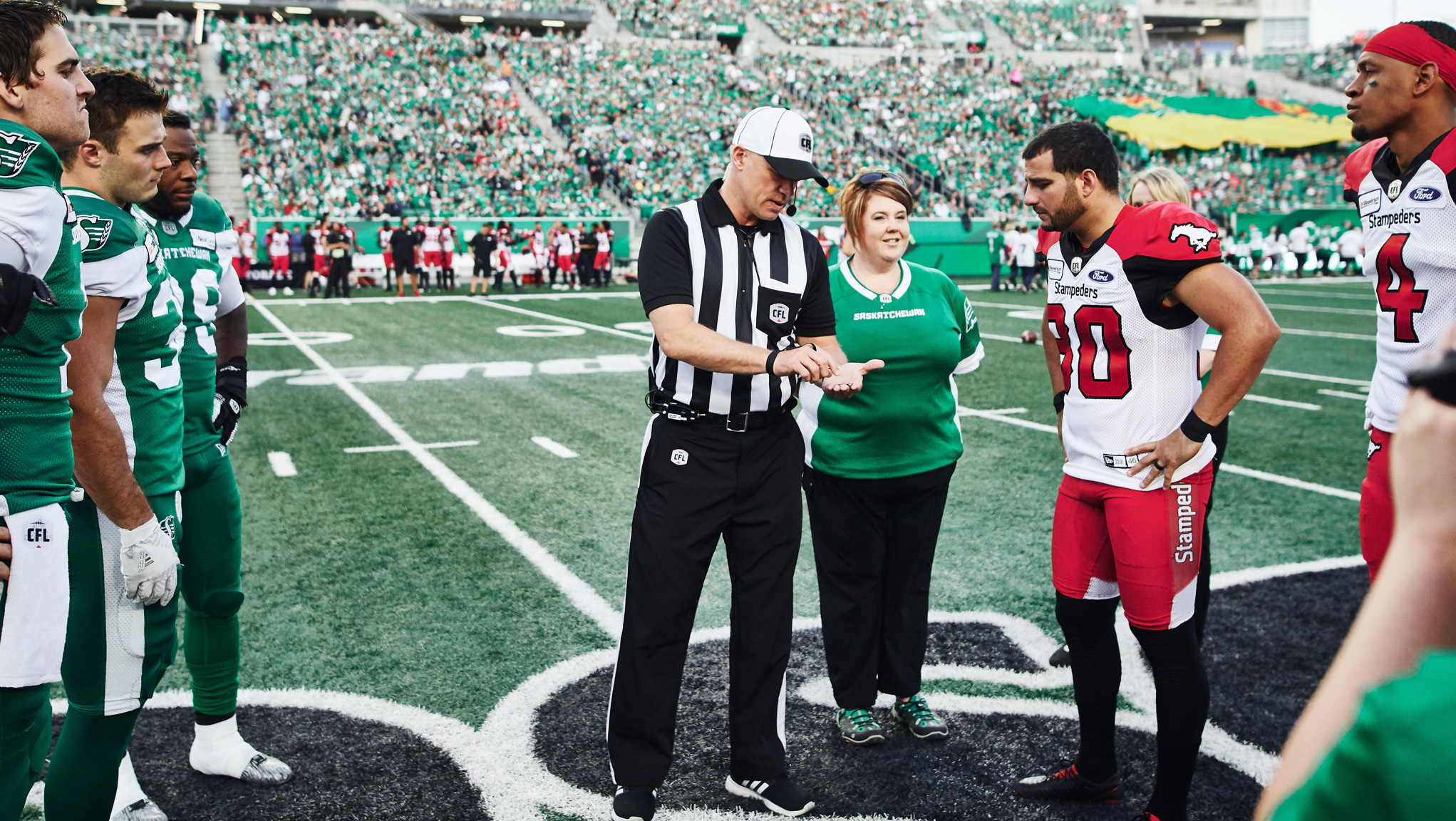 After spending the last 18 months on the front lines of the COVID-19 battle, CFL official Ben Major is thrilled about returning to the football field.

When the 2020 CFL season was cancelled due to COVID-19, Major devoted himself to his full-time job as the manager of long-term care centres in Quebec.

“My last year has been a blur,” said Major, who has spent 16 years as an official. “It was a very tough time from a professional point of view, but I’m not going to complain. I’m alive, right?”

“Unfortunately, many of our residents passed away,” said Major, who lives north of Montreal. “That’s the type of challenge I had to deal with on a daily basis.”

With the tide turning in the battle against the pandemic and lives inching back to normal, Major is looking forward to the CFL returning Aug. 5.

“I’m super excited at the thought of doing something else,” said Major, who has spent most of his career as an umpire but will referee some games this year. “To get back to working out, to get back on the football field, for me is quite a relief from the crisis that we’ve experience for the past year-and-a-half.”

RELATED
» Landry: Bringing diversity and inclusion to officiating
» CFL moves to prevent game cancellations due to COVID-19
» Ready for Kickoff: Previewing the 2021 season 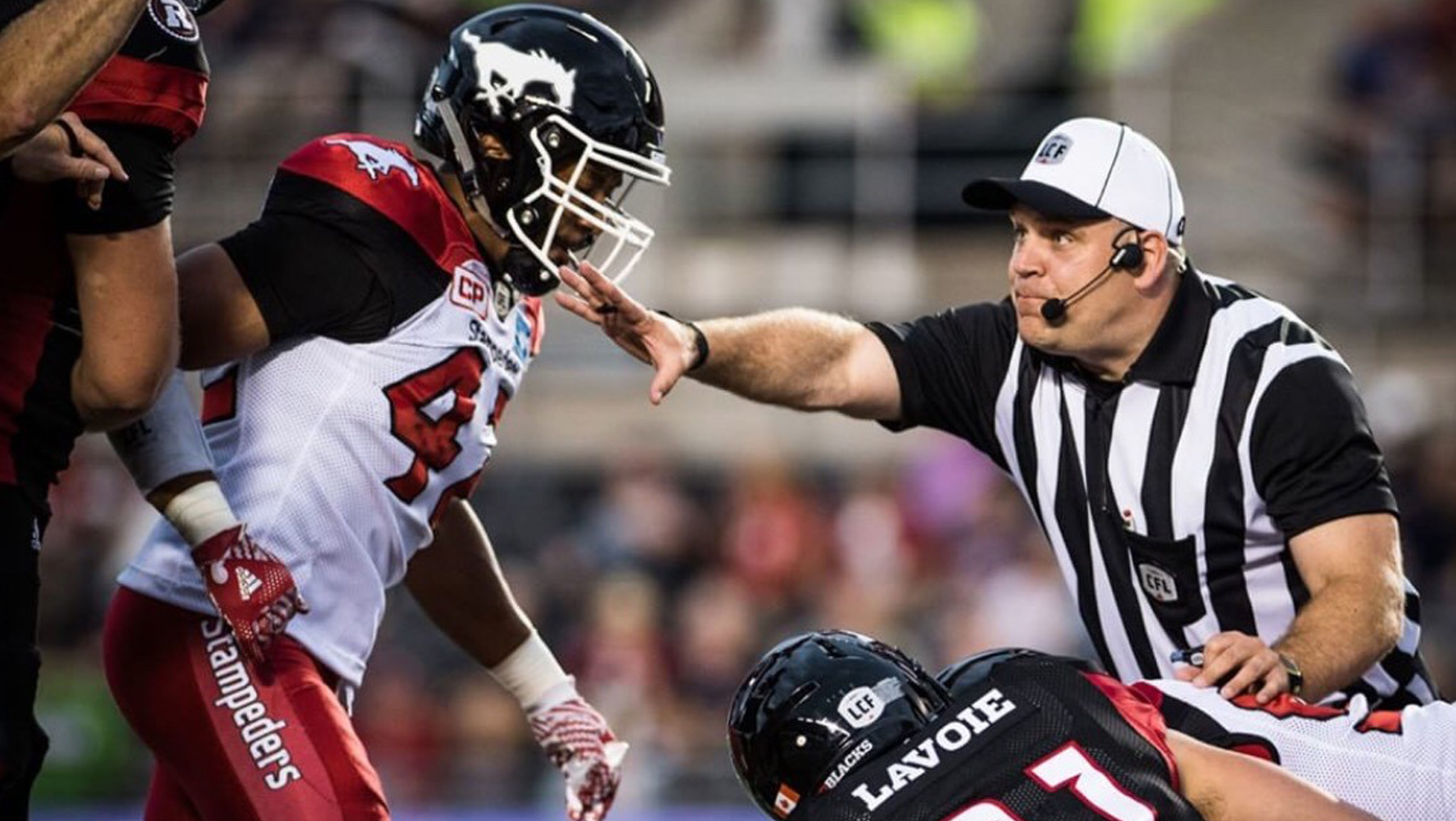 It’s been a long year for CFL official Ben Major, who manages long-term care centres in Quebec. The veteran official is very eager for the start of the 2021 CFL season (Photo supplied by Ben Major)

Teams won’t have the benefit of exhibition games this year to shake off the rust of not playing last season. Both players and coaches have talked about how their timing may be off and there could be some early ragged play.

Coaches and fans may be willing to forgive some early mistakes by the players, but veteran officials like Major, referee Tim Kroeker and side judge Blair Brown know that same luxury won’t be extended to those wearing stripes.

“There’s a saying in officiating: You have to start perfect and then improve every week,” said Major,  a former middle linebacker at McGill, who has worked seven Grey Cup games.

“It’s even more true this year because I think right out of the gate, we’re looking forward to the intensity of that first week. Everybody will be coming off such a long hiatus, everybody will be ramped up, including us.

“We’re not going to get that leeway given to us if we miss (something) early in a game. We have to be on top of our game right from the beginning. I don’t think there will be any sympathy for us if we’re not sharp right from the get-go.”

With gyms closed across the country, officials, like players, had to be innovative in their training to stay in shape.

Kroeker, a Saskatoon resident who has spent 15 years as an official, did a lot of interval workouts to mimic the stop and starting he does during a game.

In a game, “we have seven or eight-second plays, then you reset,” Kroeker said. “I do sprints and really kind of work my lungs.”

Brown, who lives in Calgary, has his own home gym.

Besides being physically fit, league officials have to be mentally prepared.

“Come the first game you work it’s going to be trying, just like the players,” said Brown, who is starting his ninth year in the CFL and spent 25 years as an amateur official. “I think our game as an official is more mental than physical. You can be in the best shape in the world, but if you’re not mind-sharp,  that’s where it will hinder you.” 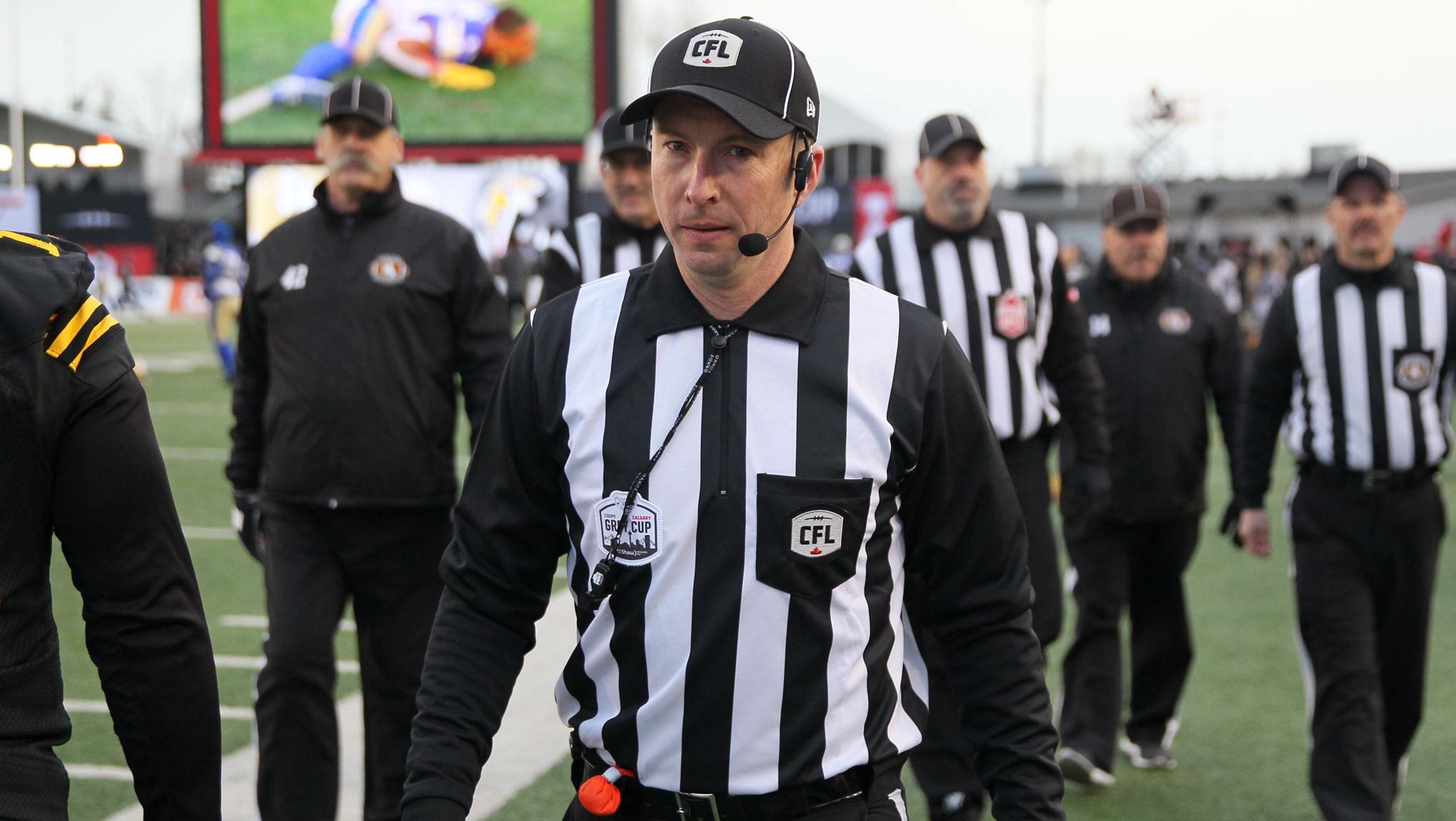 Side judge Blair Brown sees the mental demands of officiating as the hardest thing to pick back up after a year away from the game (Photo: The Canadian Press)

Like Major and Kroeker, Brown has spent time watching film supplied by the league and attending training camps where he’s officiated scrimmages. Calgary Stampeder head coach Dave Dickenson has even run drills that have helped both players and officials.

“A year away is a struggle,” said Brown, who has been an official at three Grey Cups. “If you’ve signed up to do this as an official you need to take the personal commitment.

“That’s where I see myself being ready. I’m taking every opportunity to get on the field, see these guys and watch video. The head office is doing a good job to get us prepared.”

Kroeker said officials attending team scrimmages talk with the players, reminding them of the rules.

“We’re trying to coach them, to try to limit the amount of calls that can occur and help the team as much as we can in terms of what the standards might be,” he said.

What nobody wants is for the first games of the season to drag on because of the number of penalties called.

“There might be some people that think refs want to throw flags,” said Kroeker, a veteran of three Grey Cups. “That’s the last thing we want to do. I think it’s part of our responsibility to run a smooth game…yet we have to call the game by the rules as well.

“We want a game to flow. The players, they are the product. It’s the entrainment business and we understand that as well.”

Another challenge facing officials is that they will be wearing masks on the field.

The masks have a place built in for a whistle. This will be an adjustment for someone like Major, who usually has his whistle on his finger.

“That completely changes how I whistle,” he said. “I see something, I can process it and then decide to whistle. That takes a  fraction of a second.

The masks will add another dimension, especially on hot, humid nights.

“The masks really soak up the sweat,” said Major. “That made me realize you will have to bring a couple of masks and probably change at half time or else it’s going to get very heavy and uncomfortable.”

One of the things Kroeker missed most last season was the camaraderie created among a group of people who do a demanding job that allows little room for error.

“Officiating is a hard job,” he said.

“We’re expected to be better every game. That sense of accomplishment, working together,  knowledge, fitness, meeting all those things become part of a schedule that we really like to do.

“We really like officiating and that’s why we do it.  We missed that part of our life.”