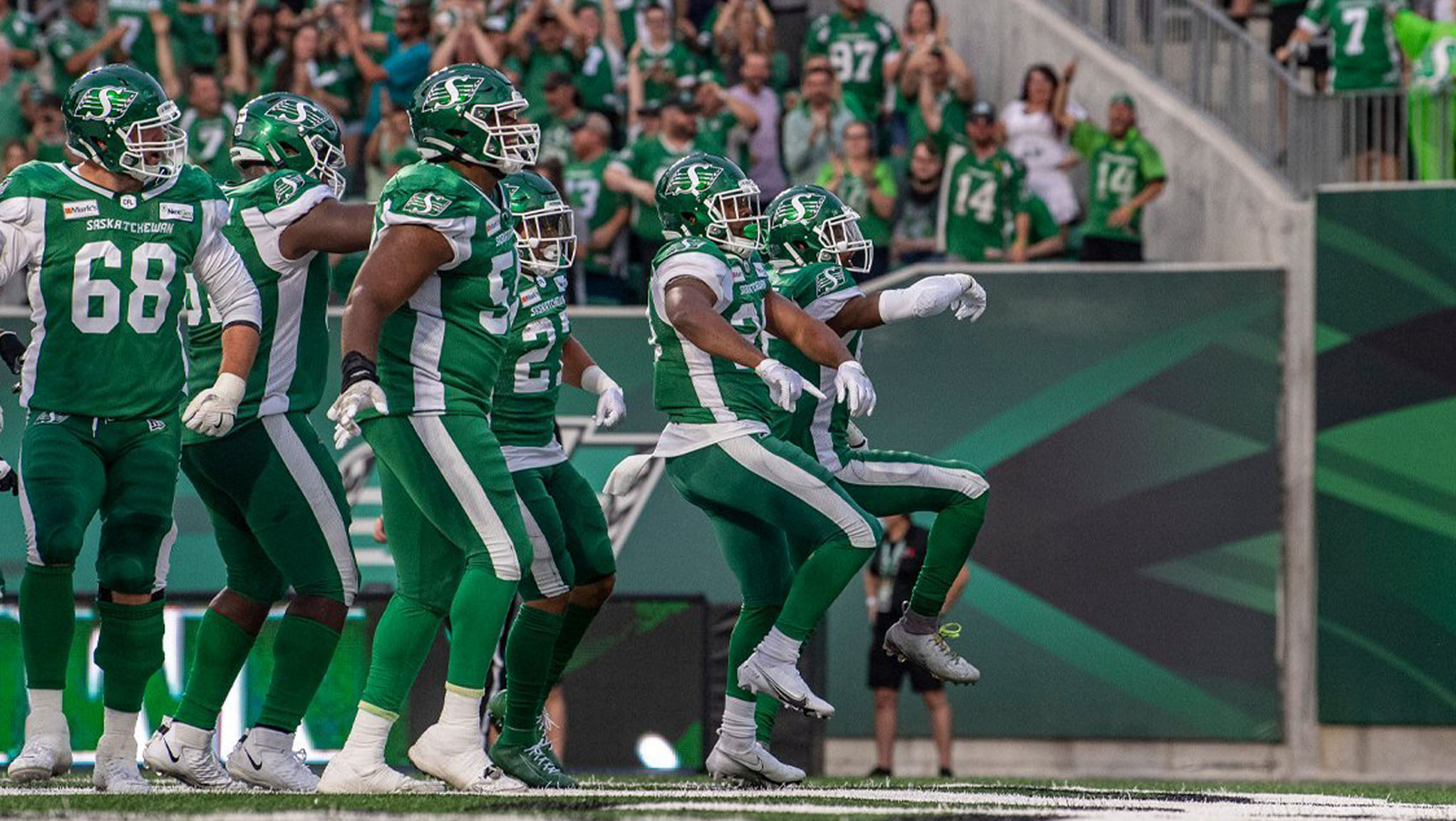 REGINA — With more than 600 days passing since the last game at Mosaic Stadium, fans of the Saskatchewan Roughriders may not have been sure of what to expect in the 2021 season-opener.

The Riders gave their fans a little bit of everything in a 33-29 win over the BC Lions that saw them open up a commanding 21-0 first quarter lead that set an unlikely stage for what turned into a wild game.

The Lions went with rookie Canadian quarterback Nathan Rourke out of the gate, with veteran Michael Reilly dealing with an elbow injury. Reilly started the second half and willed the Lions into the game, as they almost pulled off what looked to be an impossible comeback.

RELATED
» Through the Lens: Lions at Roughriders
» Boxscore: Riders, Lions by the numbers
» Watch: Canadian Nathan Rourke tosses 75-yard strike for 1st CFL TD
» Cody Fajardo: ‘That was a big character game for us’

The Riders set the tone in the game, turning their first drive into a 12-play march that was capped by running back William Powell, who powered his way into the end zone from two yards out. The play brought the 33,000-plus fans at Mosaic Stadium to their feet and gave them something big to cheer about early on.

The Lions didn’t respond with a score, but they did throw a curveball at the Riders when they took the field. Reilly remained on the sideline while Rourke took the field with the Lions’ offence.

Saskatchewan’s offence continued to hum along in the first quarter. Fajardo strung together a 10-play drive, this one ending with a pass to second-year receiver Brayden Lenius for the first touchdown of his CFL career. Brett Lauther booted his second convert of the night to make it 14-0 at the 12:30 mark.

After the Riders’ defence forced Rourke into his second two-and-out of the night, Fajardo stayed relentless. This time he found Kyran Moore from seven yards out for the team’s third touchdown of the night. Lauther was back in a familiar place, putting the extra point through the uprights to give Saskatchewan a 21-0 lead 2:32 into the second quarter.

The Riders’ defence put its imprint on the game immediately after the third touchdown. Rourke had a pass to the sidelines intercepted by DB Nick Marshall, who bounced off the turf on the pick and ran the ball 27 yards for the touchdown. It was a 28-0 game 4:02 into the second quarter.

The Riders broke the 30-point mark with Lauther’s 29-yard field goal, before the Lions finally got a glimmer of light.

Rourke took the snap and looked deep to Lucky Whitehead and caught his receiver on the sideline with nothing but an unmanned field in front of him. Whitehead took the 71-yard reception to the end zone and got the Lions on the board, though the team missed its two-point convert attempt.

The Riders added a 67-yard Jon Ryan single, but Rourke and the Lions seemed to be sparked by their touchdown. The offence was able to get rookie kicker Tarkeru Yamasaki onto the field. His 43-yard field goal made it a 32-9 game at the half, while Yamasaki made history as the first Japanese-born player to score a point in the CFL.

Reilly took the reins of the Lions’ offence to start the third quarter and while they got their longest drive of the night they only managed a point, as Yamasaki missed a 31-yard field goal.

On the Lions’ second drive of the quarter, Reilly tested his injured elbow and lofted a 31-yard pass to Dominique Rhymes. That drive also ended with Yamasaki on the field, with him connecting from 40 yards out. BC’s defence forced a safety and pushed it to a 32-15 contest after three quarters.

Despite his elbow issues, Reilly started to find his rhythm as the game moved in to the fourth quarter. Off of a T.J. Lee interception, Reilly put a six-play drive together that James Butler finished off with a four-yard reception. Yamasaki’s convert made it a 32-22 game, 4:43 into the final frame.

Yamasaki’s up-and-down night continued with a miss from 37 yards that resulted in a single. The miss got the Lions within nine points, down 32-23 with just over three minutes left in the game.

After Ryan’s punt, the Lions went back to Rourke, who set out to redeem his shaky start. He did that with a six-play drive that culminated in a 16-yard touchdown pass to Bryan Burnham. Yamasaki’s convert went wide with 1:33 to play, leaving the Lions down 33-29. Jordan Williams-Lambert recovered the Lions’ onside kick attempt and A.C. Leonard intercepted Rourke to put the game away.

The Riders host the Hamilton Tiger-Cats on Aug. 14 and the Lions travel to Calgary to play the Stamps on Aug. 12.