Fantasy user ROBYN leaned into the Banjo Bowl rivalry to claim the top spot in Week 2 of CFL Fantasy. 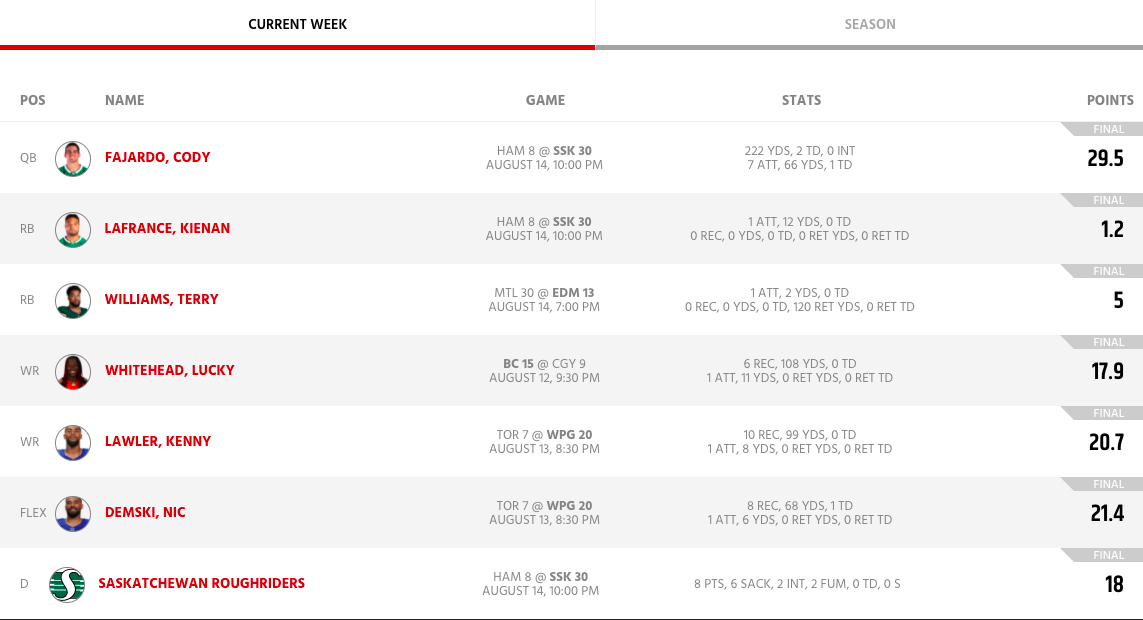 Fajardo made 75 per cent of his passes for 222 yards and a pair of touchdowns on Saturday night, while rushing for 66 yards and a touchdown on the ground, leading the Riders to a big win over Hamilton to improve to 2-0.

The Riders’ defence came through big for ROBYN as well, pouring in six sacks, a pair of interceptions and two fumbles. That marks the second week in a row that Jason Shiver’s defence has dominated a game.

Dipping into the Lions’ win over Calgary on Thursday night, ROBYN took the versatile Lucky Whitehead and picked up 17.9 points. Whitehead didn’t have a touchdown this week but took six catches for 108 yards and one rush for 11 yards.

ROBYN’s running back selections might reflect how the average player fared in Week 2. As some offences continue to work to find their way, Edmonton’s Terry Williams yielded ROBYN five points on the night. In Saskatchewan, Kienan LaFrance had just a catch for 12 yards, with the more expensive William Powell (18 carries, 89 yards) and Fajardo (seven carries) taking the bulk of the ground game.