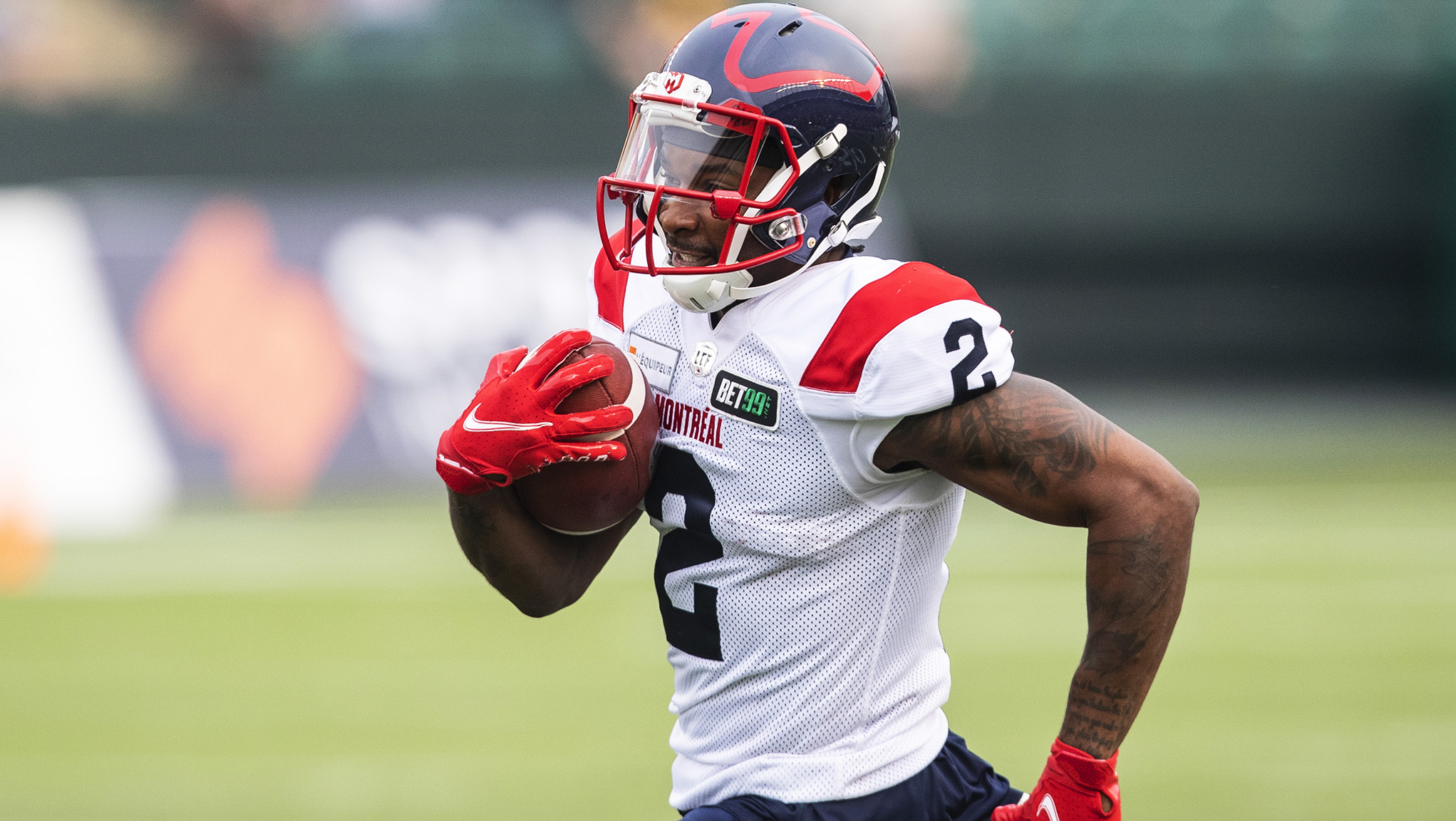 Hello, Kermit the Frog. I had no idea you were a Saskatchewan Roughriders super-fan, but it makes sense for obvious reasons. And I appreciate you masking up for your trip to Mosaic on Saturday night but, really? Sporting a mask with your own picture on it? Come on, dude.

At one point during the fourth quarter of Saturday night’s game in Regina, Hamilton head coach Orlondo Steinauer doubled over as though he’d just been punched in the stomach. Actually, he’d just been informed his team had taken another very avoidable penalty.

It was a fitting image to represent what many CFL coaches have been feeling.

Steinauer’s team was flagged ten times on Saturday night, eight of which were accepted for 103 yards. The Ticats weren’t the only ones to display a lack of discipline and they were not even the biggest culprits.

The Saskatchewan Roughriders were flagged 22 times in their win over Hamilton, including three flags for lining up offside when the Ticats were goal-to-go from the one-yard line. I mean, guys, there’s a big, thick white line right there to tell you where you can and cannot be in that situation.

If you’re in line at the grocery store, today, and someone is standing right behind you, instead of on the clearly marked spot six feet behind you? There’s a decent chance that person played defence for the Roughriders on Saturday night.

The Argos piled up 15 penalty calls in their loss to Winnipeg, for 112 yards. Calgary was dinged for 99 yards in its loss to the Lions.

The Montreal Alouettes took 10 penalties for 121 yards, including having a pick-six wiped out when defensive tackle Almondo Sewell was flagged for what I’m sure we can all agree was a pretty avoidable roughing the passer infraction. Just trying to get Trevor Harris’ attention, I guess, but hadn’t he already done that?

Now, you might say, “but Montreal and Saskatchewan won convincingly.” And you’d be right.

But I’d also be correct in saying they were fortunate to be playing a couple of teams who, right now, don’t make you pay for your indiscretions.

Unless the goal is to actually see your coach lying on the sidelines in the fetal position, I’d suggest you clean things up, fellas.

With the Montreal Alouettes getting the bye in Week 1, we hadn’t yet had a chance to get reacquainted with them in 2021.

Well boy, howdy, I do recall them now.

Most notably, I was reminded of Mario Alford’s sharp eye for a running lane and his quick ignition when he sees that lane.

Alford got our attention, in serious fashion, when he returned two punts and a kick-off for touchdowns during late stages of the 2019 season.

With punt return yardage being a bit scarce so far in this young CFL season, the 29-year-old native of Georgia turned that expectation on its ear on Saturday night, returning five of them for 161 yards, including an 86-yard touchdown.

By the way, special teams coordinators, Alford reminds us all that a return that’s designed to flow to the wide side of the field can actually be a very, very good thing. Why not take your returners out of the phone booth more often?

Yeah, they do, actually. They totally do.

Just ask Hamilton’s Ja’Gared Davis, as premium a quarterback tracker as there is in the CFL. On first and ten from the Saskatchewan three, midway through the third quarter, Fajardo took off for a 22-yard gain, and in the middle of it, channeled his inner Shakira-at-the-Superbowl-halftime-show, leaving Davis to wonder what the hell just happened.

Fajardo did that a number of times to the Hamilton defence, on his way to 66 rushing yards and a touchdown on the night. The Sasky QB has deceptive speed and is a load to bring down, head to head. That we already knew. Now we can add stylish shiftiness to the resumé.

BONUS TAKEAWAY: The ‘Riders might wanna go ahead and work back-up QB Isaac Harker in for some quality snaps soon. Fajardo came up limping a little after a couple of runs on Saturday night and his often bruising style might just lead to him needing a rest here and there.

You don’t have to read this one, Saskatchewan. You either, Montreal. And maybe Winnipeg. Possibly BC, depending on how Michael Reilly’s elbow is feeling.

Feeling out time is over. Time to stop hitting the snooze button on your alarms as the grace period of starting a new year without pre-season games is done.

Red zone stalls for the Alberta teams. Inconsistent execution all over the field from the Ontario teams, although a parade of two-and-outs could be considered consistent, I suppose.

Look, some defences are playing absolutely splendid football right now. Winnipeg’s is at the top of the list, with Saskatchewan’s in the same area code (Not literally, of course. I know how much you’d hate that).

BC’s defence, after a terrible start in Week 1, has put together six quarters of gold. The Montreal D looked fabulous in its first game, complete with delayed blitz packages that worked like a charm.

BONUS TAKEAWAY: If I had Derel Walker in my line-up, I’d have him run a streak play down the rail on every snap. Every. Single. Snap. And I’d throw to him every single play, until he cries “no more!” And, yeah, I’m gonna throw a lot of picks but I’m also gonna throw ten touchdown passes and beat you 70 to whatever.

With Michael Reilly’s elbow having the physical constitution of an actual elbow rather than, say, a puddle of spilled oatmeal, things looked different for the BC Lions’ offence in Week 2.

Yes, 15 points is a little modest, no doubt.

But Reilly threw for 342 yards, spreading the ball around to seven different receivers, including six balls to Lucky Whitehead for 108 yards.

The Lions’ offence looked pretty good and it looked pretty diverse, leading one to wonder: Just how good can it be when they finally get Shaq Cooper into the line-up to add to the controlled chaos?

With Whitehead AND Cooper on the field together, opposing defenders would be well-served to ensure they have lots and lots of tape around their ankles.

AND FINALLY… There’s nothing between Almondo Sewell and Trevor Harris that can’t be fixed by sitting them down together to watch an episode or two of Ted Lasso.