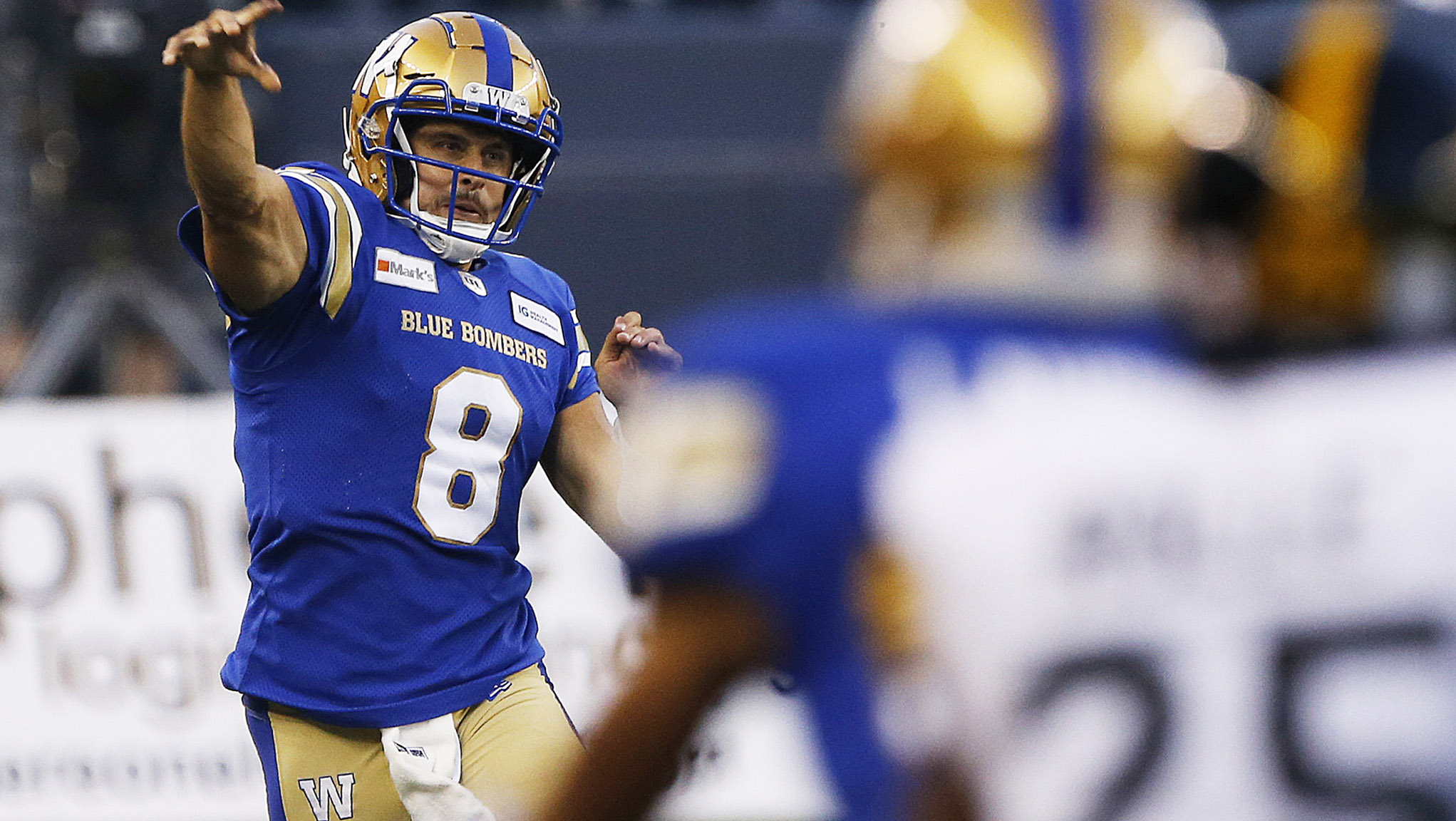 With an entire year away from game action, I wasn’t sure how much from 2019 was going to carryover into a brand new CFL season. Through two weeks of 2021, not everything has translated from the last time we saw three-down football. However, a trio of breakout stars from last season has picked up right where they left off to start a brand new campaign.

I guess it’s not totally accurate to call Zach Collaros a “breakout star,” knowing how long he’s been on the scene. In reality, Collaros had his breakout year in 2014 when he led Hamilton to an appearance in the 102nd Grey Cup. Instead, it’s probably more apt to call what we’ve seen from Collaros since Week 20 of last season a “comeback.”

Regardless of what you want to label it, though, Winnipeg’s quarterback has been lights out to start the year. In helping lead the Grey Cup champion Bombers to a 2-0 start, Collaros has completed 73.5% of his passes for 509 yards, four touchdowns, and just one interception.

Since taking the reins at the end of last season, Collaros is 6-0 as Winnipeg’s starter and has looked like an elite quarterback throughout that body of work. Remember, this guy was in the Most Outstanding Player conversation prior to sustaining an injury in 2015, and that’s the level of play we’ve seen from Collaros as a member of the Bombers.

First and foremost, Collaros has been accurate and has done a good job limiting mistakes. But beyond that, we’ve seen the dynamic and explosive qualities of his game on regular display. Through two wins this season, Collaros has done a great job stretching the field and his ability to fire pinpoint passes on the run has been noticeable.

Right there with Collaros atop the division is Cody Fajardo and the 2-0 Saskatchewan Roughriders. The reigning West Division Most Outstanding Player has been in fine form to start 2021 and is silencing doubters along the way. After his breakout last year, some wondered whether Fajardo might be “figured out” and if he could repeat his success. So far, the answer is emphatically yes.

Fajardo was dynamite in Saskatchewan’s 30-8 win over Hamilton on Saturday night and was using all his tools confidently. Fajardo threw for 222 yards a pair of touchdown passes and looked comfortable as a pocket passer. When protection broke down, Fajardo’s speed and strength went on display multiple times.

In a few instances, we saw Fajardo brush off what looked like a sure sack only to pick up a few yards or throw the ball away. In other instances, Fajardo was able to turn a collapsed pocket into big chunks of yardage. At the end of the night, Fajardo finished with 66 rushing yards, including a 14-yard touchdown run early in the second quarter.

Through two weeks of a new season, Fajardo looks every bit like the standout he was in 2019, if not better. It’s a small sample size with 12 games to go, but Fajardo’s completion percentage is at 75%, up from an impressive 71% last year. He’s making good decisions, using his impressive array of weapons around him, and has helped the Riders look every bit like the powerhouse many projected them to be coming into the year.

Finally, it was great to see Vernon Adams Jr. back doing his thing after Montreal had a bye in Week 1. In their first game of the season, the Alouettes rolled to a 30-13 win in Edmonton with Adams leading the way. Along with Fajardo, Adams was THE breakout story of last season, and nothing we saw Saturday would lead you to believe he’ll be taking any steps back in 2021.

Adams earned the nickname “Big Play VA” in 2019 as he was putting together a campaign with a league-leading 36 total touchdowns. It’s a fair moniker, too, because this guy hits huge gainers through the air and on the ground. It was the former on display in Saturday’s win, with Adams hitting Jake Wieneke for an incredible 42-yard touchdown pass before hooking up with BJ Cunningham later on for a 53-yard major.

There’s still plenty of football left to play, but seeing Collaros, Fajardo, and Adams look as good as they have is an encouraging sign. When they’re on their game, all three are as exciting and dynamic as they come. After a year off, it’s good to see all three back in top form.

Speaking of the Alouettes, I’m not sure enough has been made about how scary this offence could be. It’s Adams at the helm of a passing attack that boasts a scary receiver foursome of Cunningham, Wieneke, Quan Bray, and Eugene Lewis. And then there’s running back William Stanback, who quickly and expectedly put the league on notice Saturday night. Stanback ripped off 112 rushing yards on just 18 carries to kick off what promises to be a monster campaign.

Week 2 started with the BC Lions picking up their first win of the season. It was nice to see Michael Reilly go the whole way at quarterback; he threw for 342 yards in a 15-9 win over Calgary. But, speaking of breakouts, are we seeing one right now with Lucky Whitehead?

We knew this guy had all kinds of potential during his time with Winnipeg but he seemed to get lost in the shuffle of a deep offence. Well, in two games with BC, Whitehead already has a pair of 100-yard receiving games and a touchdown. With a healthy Reilly throwing him the ball, Whitehead doesn’t look like he’s going anywhere anytime soon.

Oh, and don’t think I haven’t seen the “don’t quite your day job” comments after another horrid week of making picks here on CFL.ca. After a second straight 1-3 performance, I’m now at 2-6 and have no idea which way to lean for Week 3. This is a hard year to make picks, but it’s time to step the game up!