Bombers, Argos meet for back half of home-and-home 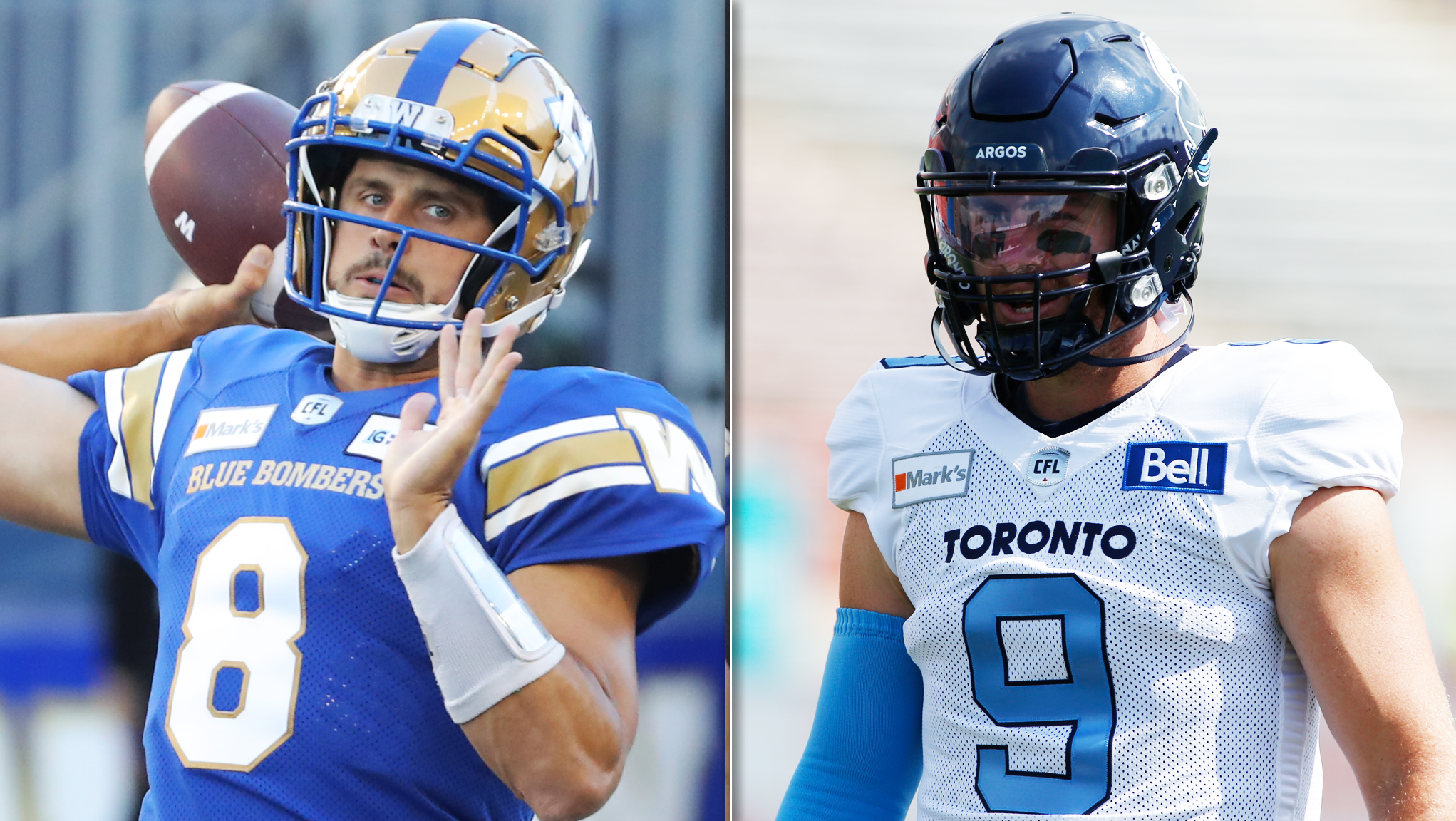 Bombers, Argos meet for back half of home-and-home

TORONTO — The Toronto Argonauts will have a second kick at the can to unseat one of the West Division’s top teams for the second time in eight days as they take on the Winnipeg Blue Bombers at BMO Field on Saturday.

Coming off a 20-7 loss in Week 2, where they only threw for 166 yards, the Toronto Argonauts have elected to shake up their offence in hopes to breed a different result. In an aim to do exactly that, the team has decided to make a change at the quarterback position, starting former Calgary Stampeder, Nick Arbuckle in place of McLeod Bethel-Thompson.

Prior to the beginning of the season, it was speculated that Arbuckle would be the starter out of the gates for the Argonauts. That plan would have to simmer on the backburner through Week 1 as an injury kept him on the sidelines. Last week, Arbuckle was able to see some field time as he tapped in for Bethel-Thompson during the third quarter. In his limited action against the Bombers, Arbuckle completed 52.6 per cent of his passes for 96 yards an interception.

While that was not the performance Arbuckle nor the Argos would have liked, the CFL knows what the 27-year old is capable of. During the 2019 season, in lieu of the injured Bo Levi Mitchell, he threw for 2,103 yards and 11 touchdowns. Arbuckle was also able to extend plays with his feet and added an additional 76 yards and four touchdowns on the ground.

In Winnipeg’s attempts to counter Arbuckle, Argos head coach, Ryan Dinwiddie expects some of the same schemes they played last week along with some new defensive looks sprinkled in.

“I anticipate them doing some things they did last week that they had success doing,” said Dinwiddie. “They’re going to have to window dress some things. They won’t want to do everything the same. We’re in the same boat, we can’t do everything we did last week, obviously, we got our butts kicked doing it, so we have got to have some change there.”

Saturday will also be the Argos’ first game at home this season which has spawned a heightened level of excitement.

In Winnipeg, the general feeling amongst the Blue Bombers is that while last week’s win was great, there is still more work to be done.

“Any time you play these back-to-back games it’s tough,” said Jesse Briggs. “They’re going to come out super hungry. Obviously, we just beat them, that team deserves credit, they’re a very good football team this year. They run the ball well, they do a lot of things that challenge us. We just got to come out, clean up some things this week and play a real solid football game in their place this week.”

With 123 rushing yards on 14 attempts, John White and A.J. Ouellette did find success running against the Bombers which is something Briggs wasn’t pleased with.

“It stings a little bit,” he said. “But, it’s something we’ll clean up and get better at. We’ll come out and do a better job this week.”

Contrary to Toronto’s success running the ball, Winnipeg struggled. Having recorded only 53 rushing yards last week, Jermarcus Hardrick knows his line has to put forth a better outing this week.

“Obviously, we want to run the ball better,” said Hardrick. “I don’t think guy’s heads are down because we didn’t hit a high number. I think we got some things we got to work on, but got the win, I’m still here as a Bomber. I’m happy, man.”

In the addition to preparing both sides of the run game, Bombers head coach, Mike O’Shea also recognizes how different it will be game-planning for Arbuckle under centre.

The last time O’Shea and Arbuckle crossed paths was in a 26-24 Week 9 win over Calgary where Arbuckle recorded 277 total yards, three total touchdowns and a pair of interceptions.

“We’ll probably pull up some film of years past and see Coach Dindiddie with Arbuckle and maybe what they focused on, possibly,” said O’Shea.

Kickoff is set for Saturday afternoon at 4:00 p.m. ET in the first game of a doubleheader on TSN and ESPN2. You can also follow along with all the action on CFL.ca’s Game Tracker.