Lions pick up a win in rainy Ottawa 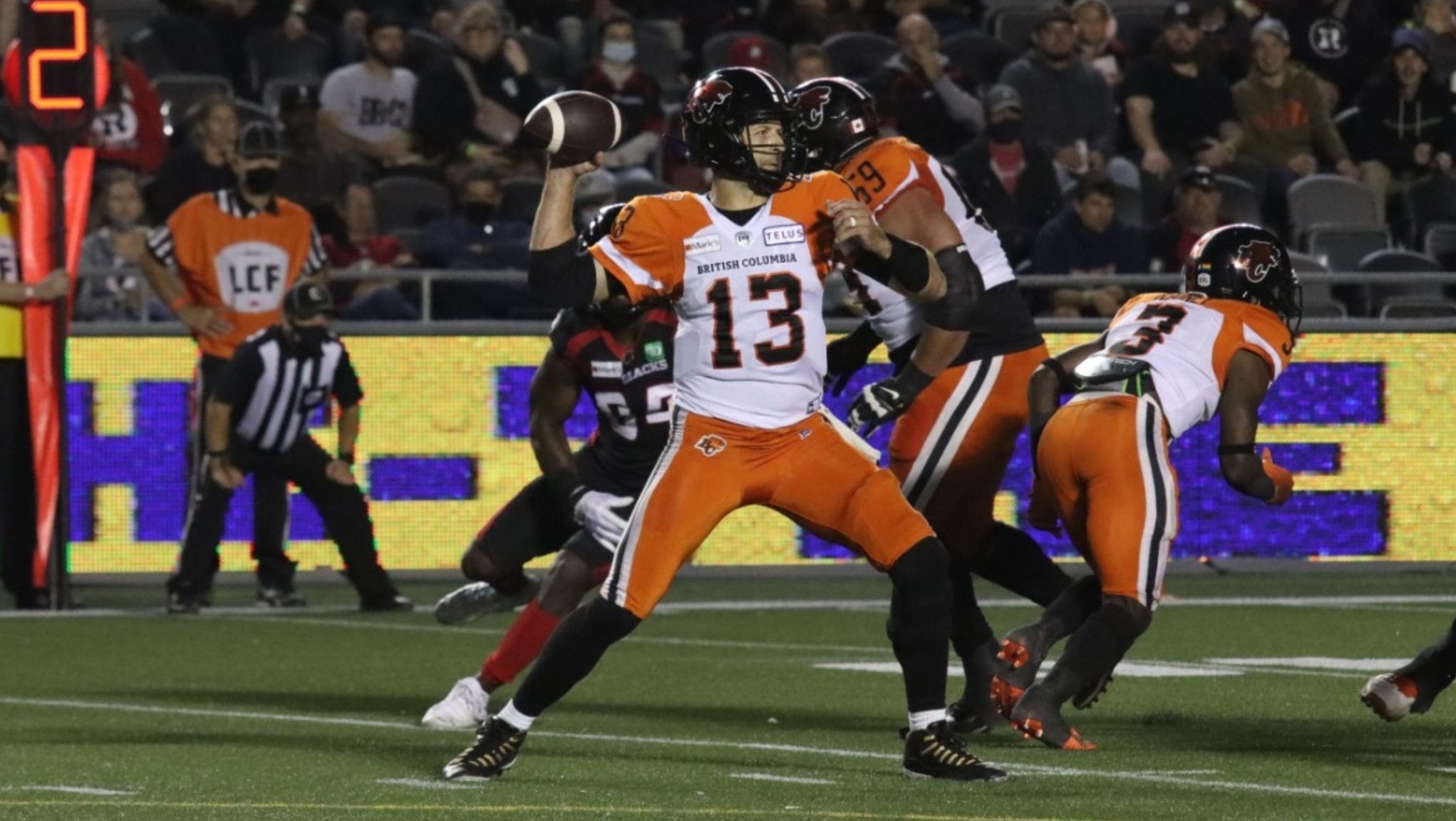 Lions pick up a win in rainy Ottawa

OTTAWA — In his return to TD Place, BC’s Rick Campbell collected his second win of the season on the heels of a collective team effort, knocking off his former club, the Ottawa REDBLACKS, 24-12.

Leading the charge for his team was a combination of kicking from Jimmy Camacho who went 3-3 on the night and passing from Michael Reilly, who threw for 301 yards. Matt Nichols finished the night with  206 passing yards and an interception.

After the haze from the welcome-home fireworks cleared from the Ottawa skyline and both teams settled in, the opening quarter between the REDBLACKS and Lions saw both teams not give an inch.

RELATED
» Boxscore: Lions at REDBLACKS
» Through the lens: BC at Ottawa
» Campbell on his return to Ottawa: ‘I appreciate this town’

Poised as a matchup between two defences, one in BC that has had the most productive secondary in the CFL, recording a takeaway or more in all their matchups and one in Ottawa that has not been easy to drive against, both delivered, not allowing a touchdown in the opening quarter. Instead, it was a kicking clinic in the opening frame between BC’s Jimmy Camacho and Ottawa’s Lewis Ward. Camacho was good from 49 and 17-yards out while Ward’s 20-yard chip shot kept the REDBLACKS within reach of the BC 6-3 lead.

While Mike Benevides’ REDBLACKS’ defence kept Reilly and the BC offence at bay for nearly the entire half, it was only a matter of time before things started clicking for the Lions.

After orchestrating an end-to-end drive, starting on his 19-yard line, Reilly completed five of his seven passes before a pass interference call in the end zone set the Lions up at the Ottawa goal line. Plunging his way between the guards, Reilly scored the game’s first touchdown and extended the Orange and Black’s lead.

Making it now four consecutive games, the BC lions’ secondary recorded another takeaway after rookie linebacker Jordan Williams stepped in front of a pass intended for Charone Peake for the interception. After coming out of the ensuing Lions’ possession relatively unscathed after Reilly and the Lions were forced to call on the foot of Camacho again, Ward would answer for the REDBLACKS, keeping Ottawa within a touchdown of the lead.

As the skies opened up in the third quarter and the rain began to fall down on TD Place, the offence that seemed to be abundant just moments ago evaporated. A streak of multiple two-and-outs by both teams would be broken up by a pass interference penalty by Bo Lokombo would see Ottawa collect the ball at mid-field.

After standing their ground, BC would force Ottawa to trot out Lewis Ward for another field goal attempt. Being good this time from 38-yards out, the six-point BC lead previously held now read a deficit of three.

BC would respond with points of their own as after Reilly’s throw would slice through the rain enough to find Jevon Cottoy fighting coverage by Don Unamba for a 46-yard reception. After picking up an additional 15 yards after the catch and bringing it over the goal line, Cottoy would record his second-career touchdown and the second touchdown of the game for the Lions to make it 22-12.

The mixture of rain and their opponent would spell issues for Ottawa in their efforts to mount a comeback down the stretch. After collecting the first down late in the game, back-to-back Nichols competitions would not be enough for a first down. Opting to go for it and only needing a handful of yards, Justin Davis was dropped behind the line for a loss of one, turning the ball over to Reilly and the Lions.

Back-to-back singles by Stefan Flintoft would increase BC’s lead to 24-12.

A Davis fumble moments later followed by a point-free last-minute drive would ultimately seal the deal for BC as they collected their second win of the season.

Ottawa’s next game will be next Friday against Vernon Adams Jr. and the Montreal Alouettes. BC’s win will send the team into a bye week. Their next game will not be until Week 6, where they will welcome Ottawa to BC Place for a rematch.